Nothing is going on anymore, you don't hear a single sound, not even the pre-rain wind outside barely rocking the tree branches, not the leaves touching each other kindly, making that sweet noise that you love to hear, that is so calming and puts you to sleep.

But then, out of nowhere, a thunder, everything was dark but the lightning before the thunder helped you see that him was lying there on the floor, in a pond of his own blood, it's kinda fun that technically that is also your blood but you are not hurt at all, not a single scratch, but... Yes, his blood is on your hands, your own blood... Your brother still had his eyes open, but you are paralized, he's watching you, even being already dead. You pull out of nowhere inhuman strenght to bend and turn is head to look the other way and turn yourself to the windows, taking the gloves off so you can open the windows without leaving a trace of blood, the wind inmediatly takes over the atmosphere of the room, making you feel cold and for first time in several hours you are capable of phisically feel something while putting on again those gloves.

It's late now, the king is dead, your brother is dead, and you did it, it is your fault, him knowing your dirty little secret was a threat to your confort, your liberty and own will. But now... What to do? You cannot escape, there is no turning back, your head spins still having the knife in your hands, your white delicate gloves covered in blood, suddlenty you realize everything that comes with this first and only death you've caused.
Knowing the servants should be in bed by now, you make your way into your own dormitory, walking in silence, slow but steady, being escorted by thunders and the rain drops tapping on the enormous windows that on the spur of the moment they doesn't make you feel free and capable of everything, they make you feel small and powerless as the water slides down the purple colored glass. Once in your bedroom you take the gloves off, the dress and untie your hair, for a moment alone in that bedroom comes at you again that feeling, as you stand there in underclothes, you can already feel the absurd amount of weight on your shoulders that comes with your brothers death.

All of the sudden it is a new day. When did you fall asleep?
You hear screams and weeps, the one who was going to be your sister-in-law is losing her mind, servants knock on your dorm door, far from wanting to remember last night you put your dressing gown to open the door, they bring a terrible announcement, the doctor is here to assist you when they give you the bad news, your brother, the king... He was murdered, he was found lying on the floor face down in his bathroom, covered in his own blood.

And for a short period of time, you stopped hearing what they say, having this short memory so clear and fresh on the back of your mind, the doctor holds you by your arm, putting his around your waist, escorting you to bed so you can lay down for a moment because he saw your face going all white, like all colors abandoned your body.
It cannot be, as the doctor measures your blood pressure and while you are attended carefully by the servants your head pictures that solid image of your brother face up next to the bed, under the only window in his room, the moment that lightning stroke the earth was perfectly clear, when you saw his dark eyes looking directly at you, he wasn't in the bathroom, you didn't move him... Then who?

Inevitably and after that fateful day, your coronation arrives as you were the next in line for the crown, this wasn't planned at all and you cannot risk asking what happened or too much details, but you mourn his death too, consoling his fiancee, the woman you always loved and cared for, now crownless, loveless and having to move out again to her father's palace, way far from you, unable of marrying her yourself, the woman for whom you risked everything, with the one you spent countless nights before being discovered, you only get to kiss her goodbye for one last time...

For the first time in days you suffer while her carriage slowly drives away knowing that she felt the same as you, she was heartbroken, soon you get dragged by everyone back to your room to be prepeared for the coronation, the finest clothes, the most expensive and shiny jewels, unique and rare patterns all over your dressing, waiting for the signal to walk calmly down the church aisle, all you see are faces, people who you don't know, others that you know too damn well...

As the ceremony ends and that heavy crown is placed with a precise delicacy on your head, your eyes prance all over those faces looking at you, wanting to find the one who knows your second little secret, everyone bows before you and with no doubt their voices, they resonate in unison saying "God save the queen".

Unfortunately for you, you already know this is just the beginning. 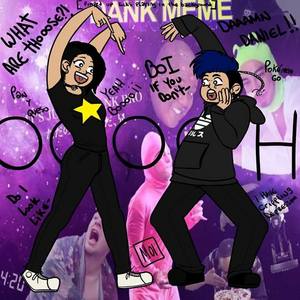 Hello, fellow readers.
My english is a work in progress and so is this new thing I started on an impulse at 2AM.

I'm open to suggestions and anything you would like to say. 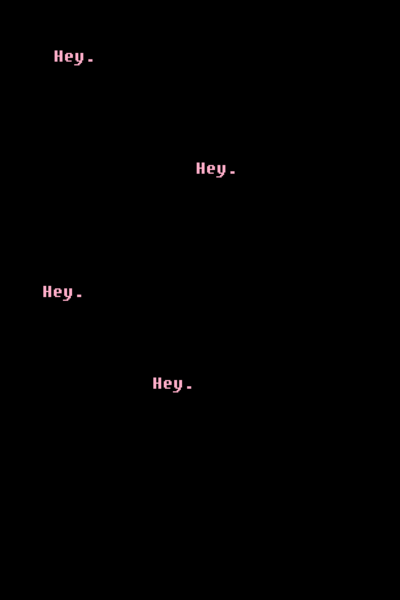 Dunno where to start, hecc.
I just like to write senless stories unrelated while I hear music. 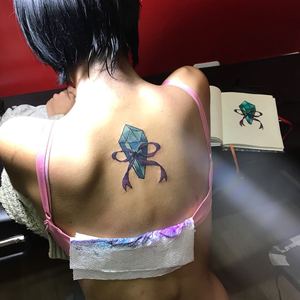