ASTRAY : within our dreams

Astro once again awoke, from the dream that played every night in his head.

Why does this dream just keep repeating itself?

He exhaled, and slowly rose from his double cot, careful not to make any noise as to wake his family. He reached over for his phone for the time. It was 5:36am in the morning. God, school is still another 4 hours away.

Astro was not much for school. To be honest, who was? But studying wasn't the case for Astro. It was - if anyone could answer - socialising. The biggest fright for any person. (Except for you extroverts, I have no idea where that butterfly energy comes from).

He walked on eggshells all the way to the kitchen, albeit knowing fairly well that his relatives could sleep through a hurricane. As he got his apron on and tied his long ash-coloured hair up, he flipped through the immense amount of recipes downloaded into his notes app. God knows why he needed that many.

Seeing as he had a long morning ahead of him, he decided to choose one of the time-consuming recipes. Said recipe was 'Nutella stuffed pancakes'. Well, considering he had 5 people to feed, it was pretty time-consuming.

It was a recipe that required the Nutella be frozen overnight - but he'd have to make do with the softened Nutella. He had a charismatic little brother after all.

Since Nutella filled pancakes weren't possible, he figured he would make flavoured ones instead. He whisked 2 cups of flour, 2 tablespoons sugar, 1 and a half teaspoons baking powder, 3 quarters baking soda and a pinch of salt together in a bowl - the classic start of making delectable pancakes.

He dug the whisk in the middle, creating a fist-deep hole to pour the 4 tablespoons of melted butter and one cup of buttermilk. He mixed the wet and dry ingredients together, completing the batter. He made a separate batch which would be normal pancakes, since he wanted to have 2 of his pancakes drizzled in maple syrup. He figured that maple syrup combined with Nutella wouldn't be all that pleasing to his stomach..

He scooped up 3 hefty tablespoons of Nutella, and aggressively shook them into his first batch of batter. He began feeling stupid for not microwaving the spread as he forcibly whisked the batter.

It had taken him roughly 12 minutes to get it fully combined without any lumps and bubbles.

He began getting his pan ready on the stove and carefully poured a small dollop of the Nutella batter into it. He started the timer and waited till it reached the 4-minute mark before flipping it with his spatula.

Astro beamed when he saw the golden brown top of the pancake as the other bottom started to sizzle. I wasn't really expecting it to work..

After all, he had never heard of someone combining Nutella into pancake batter. As he was finishing up the last couple scoops of the Nutella batter, he heard the sound of a door open and water gushing. Someone was awake and brushing their teeth.

Astro hadn't brushed his teeth that morning. He knew all too well that if he didn't start in the kitchen right away, his indecisiveness would waste time. He would wait until after he'd finished making breakfast before getting ready for the day.

His phone buzzed for the first pancake of his normal batch. He quickly checked the time before flipping it. It was 6:44am now. He'd have to finish up by 7 if he wanted to get to school on time.

The kitchen door creaked open as he set his phone down. "Good morning, sweet little brother~" His sister yawned her way over and wrapped her arms around him. She smells like toothpaste.

"You can sit at the table Sandra-nee. I'll come over with breakfast." He smiled as he flipped over the last pancake of the pancake batter as his sister walked groggily to the dining table. He took out a plate and carefully set the pancakes in a pattern starting at the bottom with a Nutella pancake. In between pancakes, he would place little Nutella dollops just for flavour.

The aroma that came from the meal made him all the more hungry as he'd woken up more than an hour ago. He placed the plate in front of his sister, who was staring in awe at the dish laid before her. "Ok, tell me what's up." Sandra looked up at him and narrowed her eyes.

"H-huh? What do you mean, Sandra-nee?" You couldn't blame Astro for being startled, it was obvious that his sister was questioning his charitable deeds. "There's no way you woke up today and decided, 'I'm going to put my effort and time into making a delectable breakfast this morning'" She made a goofy face, holding up the plate next to her face.

Astro couldn't help but chuckle at the sight. "I just woke up a bit too early. I figured I might as well make something tasty to spend my time." Sandra looked at him for a second, suspicion clearly oozing from her orbs- before sighing and starting on her pancakes.

She could already tell something was going to happen today. 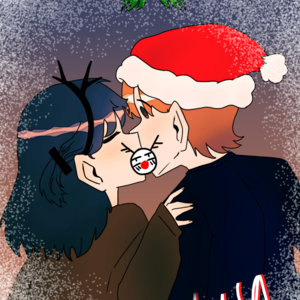 Please note that I've never tried the recipe mentioned in this chapter- if you want to try it, please research if it's actually possible first online because I don't want people getting poisoned because of a made-up recipe I wrote about in my novel 💀 honestly, the made up recipe is not half bad. some of the ratios between ingredients are a little off but it's not something that would be dangerous. 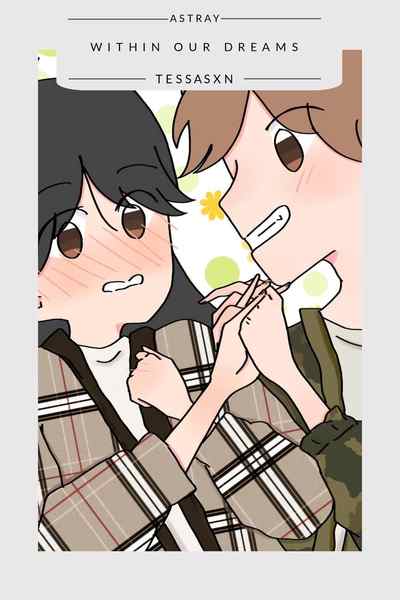 ASTRAY : within our dreams

Hello ! This is the novel for my comic ASTRAY ! Please check out the comic as well if you can <3
Subscribe 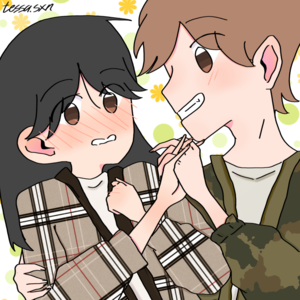