Jora rubbed her eyes, let out a muffled yawn, and with a satisfied tap on her keyboard, raised her hand. "Prof, I'm done."

"I'm finished with the test, prof. May I go home now?" she asked, already beginning to pack her things -- a notebook and a pen -- to her bag.

"Of course! But let me quickly check your code -- you know, formalities." Duran briskly walked towards Jora's terminal, his clumsiness almost causing him to trip on loose cablings on the lab floor. "Alright, let's take a look." He fixed his specs and tapped on the keyboard, running Jora's code a second time. "You know miss Holcroft, they gave us this exact same problem in third year -- much to the dismay of your classmates I'm sure -- and even then it took me a full day to solve. Then again, I'm no genius." He gave Jora a tap on the back. "Very well, off you go then."

"Thanks." Jora grinned, clutching her handbag, and she dashed out the laboratory door.

It was a serene night: the pavements reflecting the dim orange glow of the streetlights, the petrichor calmly embracing the chilly autumn wind, and the city buzz dying from afar as rush hour came to an end. Jora took her usual route home, straight down Sciences Lane and a quick right to Campus Boulevard, and finally a slow left to Silver Avenue.

Her phone buzzed in her pocket. Jora took it out, careful to watch the road as she continued walking.

8:54 PM -- Text Message from Wence: hey J! what r u up to tonight? Gino and the others r going to pool club, wanna join?

"Ugh. No thanks." Jora thought to herself. She swiped at the notification on her phone and began to type, but the display froze. "Great. This thing needs replacing soon."

A thud, and Jora realized that she bumped into someone, dropping her phone on the pavement. "Oh, sorry!" She picked her phone up and looked around to realize that nobody was there. She could swear that there was a man in her peripheral vision, but decided that it's just her mind playing tricks on her -- after all, she's been up all night yesterday binge-watching TV shows on the internet.

"Oh, come on!" Jora grew frustrated as she tried to reboot her phone -- to no avail. The drop must have damaged the internals somehow and now none of the physical buttons work. She put the phone into her pocket, stopped at 39 Silver Avenue, and rang the bell. "Hey, it's me! I'm home!"

Growing even more irate, Jora fumbled through her bag searching for her keys. As she did so, her phone buzzed in her pocket again and the porch lights flickered. She found the key she needed, tapped it on the lock receptacle, and made her way in.

"Hey, I'm home!" Jora announced as she closed the door behind her. Strange, she thought. Usually at this hour the den is abuzz with activity -- her dad watching a game on TV, her older brother Kael cursing as he fought The Horde on his phone, and her mom cooking in the kitchen. But no, tonight was different. Everybody was rigid, unmoving, as if glued to whatever it is that they usually do. The lights continued to flicker. Not getting any response back, Jora decided to pay it no mind and headed straight upstairs to her room.

As she dropped her bag on her bed and took her shoes off, Jora realized that the window was ajar. Strangely enough, the curtains remained still and none of the cool autumn breeze seemed to have made its way in, so she ignored it.

Taking off her jeans for a more comfortable pair of shorts, Jora sat at her desk and tried to power her desktop machine on... but nothing happened. She slumped into the keyboard and groaned. "What nooooww."

"Jora." A voice whispered from behind her. Jora jolted upright, surprised. She slowly made a full 180 and faced the window. There was nobody there.

"Over here." The voice whispered once again. Jora turned her gaze towards the door, and there she found a seven-foot man leaning against the wall. "Now listen, before you say anything--"

"Ahhhhhhhhhhh! Get ouuuuuuuuut!" she screamed at the top of her lungs.

The man snapped his fingers and suddenly, Jora found herself unable to speak. She could form the words in her mind but for some reason, her mouth won't move. All she could manage were grunts and inhuman groans.

"Okay, listen." The man slowly walked towards her. "I need you to listen to me, we don't have much time."

Jora sat still. What sorcery is this? Is she dreaming? Is this some sort of sick joke? If this were a joke, then how can she not speak, and who could this man be? Realizing that this was probably neither, tears started to pool in Jora's eyes as a sinking feeling welled up her chest.

"Sssh. Hey, uh, don't cry." The man started to panic. "Okay, okay." The man let out a sigh. "I'm going to let you speak again, but promise me you won't scream. Nod if you understand."

Slowly, Jora forced herself to nod.

"Okay." The man snapped his fingers.

Jora let out a loud scream.

"You're a what?" Jora smirked, puzzled.

"I'm a guardian. I was sent here to talk to you." The man replied.

"Like... as in, a guardian angel? Do you expect me to believe you?" her grin turned into something resembling annoyance. "Who-- who sent you here then?"

"Heh, angel. Haven't heard that one in years. Now look, who sent me here isn't as important as what they sent me here for." The man sat on the floor, his legs crossed. The lights continued to flicker more quickly. "Oh shoot, how rude. First, call me Rain. Like I said, I'm a guardian. Now -- the important bit: we need you, Jora. Specifically, we need your skills."

"What skills?" Jora gently shook her head. "I'm just a student, I think you have the wrong person."

"No, no, we need your skills. You're good with machines. With computers. And way more than that. And we need you." He quickly glanced at his wrist, where colored dots appeared and disappeared. "Look, Jora, this is a lot to take in I'm sure -- but -- the world is under attack, and now you're being activated. We need you on our side."

"Whoa there, hold on." Jora's grimace turned into a confused grin. "Activated? The world is under attack? Now I'm thinking you're in the wrong planet."

"And what can I possibly do to help you? I'm no soldier. Like I said, I'm just a student. Sure, I'm good with computers but there are practically thousands out there that are far better than me."

"Oh no, heh, it's not just that. I'm in no position to tell you everything, just that you're needed. Badly. At this very moment." Rain smoothed his hair out and looked at Jora squarely. "Listen. I'd rather you come in willingly, otherwise I'd have to take you in by... some other means."

"Is that a threat?" Jora's eyebrows furrowed.

"Oh, erm, not at all! Of course, it's not our intention to hurt you, not in the least. But we can do things to make you come with us, all without forcing you to."

"I'd like to see you try." Jora crossed her arms defiantly.

"Okay. Okay." Rain stood up. "Let me give you a taste. So what's your favorite flavor of frosties?"

"Now do you understand?" Rain said sternly. "I can literally change your mind. I can make you forget how to speak. I can change your deepest, oldest memories, and alter your perception. This stuff's easy for me. And now here's the catch -- I'm the weakest of us. Those attacking us have capabilities hundreds of times far beyond my own. Now, we need you to help us fight them. Don't ask me why you, or what exactly we need you for. I don't have the answers. But come with me and I can introduce you to someone who does."

"This is not real." Jora shook her head.

All Jora could think of was: what the hell is wrong with this stranger? Breaking into my room to tell me a whimsical story about strange people with awesome powers. If this isn't sketchy, I don't know what is. Why would she join him? She'd be putting herself at great risk for something unknown. This is crazy.

And this is exciting.

"Okay." Jora looked at Rain straight in the eyes and nodded.

"Great! Great! Awesome, yeah. Okay. Meet me downstairs then! A minute tops, not a second more. And, oh -- don't bring anything. Just wear something comfortable." With a clap, Rain vanished, and the lights stopped flickering. Behind her, Jora heard her machine start with a familiar whir, and the muffled sound of the the TV and Kael's cursing were heard from behind the door.

Jora quickly changed to jogging pants, her favorite pair of worn sneakers, and a shirt, turned off the lights in her room, put her phone in her pocket, and dashed downstairs.

"Oh, hey hon! Where are you going? I didn't even notice you come in!" Jora's mother waved as she passed through the den.

"Alright, take care! Message me when you need someone to pick you up."

Her dad waved from the couch, too fixed on the television to actually face Jora. Kael didn't even seem to notice her at all.

As Jora closed the door behind her, she was greeted with a sleek black sedan with Rain leaning on the driver-side door.

"Wow, didn't think you were bringing a ride. Why didn't I see this earlier?" Jora chuckled.

The streetlights flicked overhead as Jora and Rain drove away.

Jora Holcroft is in a car with total stranger, to join a fight against fantastical beings. She knows she's made a big mistake, but like the proverbial cat, she was willing to let curiosity kill her.

Jora meets a mysterious man who plays with her mind and tells her the world is under attack. Who is he and what does he want? And more importantly, why did he show up in Jora's room? 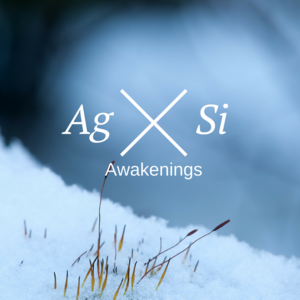 Jora Holcroft is a computer prodigy. At age eleven, she's made her own personal AI assistant. By sixteen, she has built a super fast compression algorithm that far outperforms what others have dedicated their entire lives to create. She's now a sophomore at college and thinks that life is all laid out for her... until she meets a man known as Rain, who introduces her to the secrets of the world and a hidden war that alters Jora's view of reality. Magic and technology come together in this action-packed series that'll keep you glued to your screen episode after episode.
Subscribe 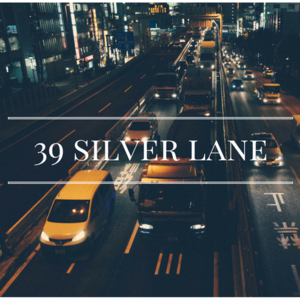