"Thousands of years ago, demons appeared and ruled over humanity for many decades. They committed mass genocide and forced humans into arduous labor. All seemed lost until he appeared.

Arthur Pendragon, the wielder of the legendary sword, Excalibur.

Arthur formed an army with the people that managed to escape the concentration camps. They fought battle after battle and rose victorious in each one of them. His army would only grow stronger as they advance towards the capital of Great Britain, London. After many of battles they finally reached the Capital. Where the King of Demons lies. His name is.......

....Arthur and Satan battled for many days. Ultimately, Arthur rose victorious. However he was gravely wounded in the fight and had lost his Excalibur sword as well. Moments after the fight the demons started to disappear. There disappearance left the world polluted in an unknown substance at the time. Later to be known as magic. Fortunately, one of Arthur's soldier's abilities manifested right away. She had the ability to use healing magic. With that healing magic she managed to heal the soon to be King of Britain, or commonly known as the King of Knights, Arthur Pendragon. Thanks to his efforts humanity had been freed from the demons grasps. THE END"!

"WOOOOW! I'm going to be just like him one day, watch me". "Sure honey, I'm not so sure why you like this story so much. Every time I read it to you, it's like you've never heard it before. Well, goodnight Leonardo, you have a big day tomorrow". "Goodnight mother". Before Leonardo goes to bed he grabs the book from the shelf and places it beside him and closes his eyes. And thinks to himself, "What's happening tomorrow"!

"RISE AND SHINE BOY! LET'S GO!" Wha.. What time is it, and what are you doing here old man? You should be at the capital". "Well, my daughter asked me to pick you up, you see" the old man points out. "Mom did"? "Yeah, is there a problem? I could go back without you, I'm not forcing you to go kid". "To where are we going anyway you fossil". "I'M ONLY 40 YEARS OLD YOU IDIOT. You wanna taste the fist of an real knight"? "YOU GUYS ARE GONNA BE LATE" yells the mother from the kitchen. "CALM DOWN HONEY WE'RE LEAVING RIGHT NOW, right kid? They both exit the house and make there way towards the capital of Great Britain, London. "I'm signing you up for the entrance exams, kid". "Exams...You mean I'm going to Da Vinci Academy"? (Da Vinci Academy is the Britain's best school. All of the greatest knights have come from there. Including the greatest swordsman who has ever lived has gone there. His name, Arthur Pendragon) "Yes. With the swordsmanship I've taught you, you have a decent chance of making it in. "Decent"? "Great, you can listen.... Anyhow, despite your swordsmanship skill and speed you can't possibly beat the students who use magic. For some reason, you're magic ability has not manifested yet. (It was a rarity to not have a magic ability in recent times ever since Arthur defeated Satan. They usually manifested in child right away when they're born but it's like his power is dormant inside of him) Leonardo sighs* Don't worry kid, like I said you have a decent chance of making it". "Whatever". "We're here!

Welcome to London, kid. See's a majestic woman walk into a bar* Well kid, I gotta go, I hope you pass". "Where are you going"? "Sorry, duty calls".... Stupid old man, I'll just find out where to go myself. Stomach growls* Snap, I forgot to eat breakfast since I have practically pushed out of house. See's food stand* I'll just go there. WAIT! I HAVE NO MONEY. I LEFT IT AT HOME. WHEN ARE THE EXAMS EVEN STARTING? WHAT TIME IS IT? I STILL DON'T KNOW WHERE TO GO. Bump* "You ancient fool, I'm going to..... Wait, you're not the old man." I'm late for the exams, I don't have the time to talk to you", says the girl. She runs off* Sheesh, she could've apologized like any other girl. Flashback* She said something about the exams, could it be? Leonardo catches up to the girl* "So you're going to the entrance exams for Da Vinci Academy as well"? ".......". Wow she's the social type. "Sorry, I should introduce myself my name is Leo-". She interrupts, "We're here". She talks? Leonardo looks up and gasps at the sight of the school*

Leonardo ventures to the capital of Great Britain to enroll in the most prestigious school in the world. 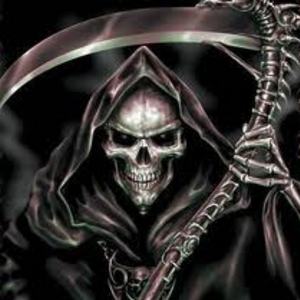 A time period of prosperity in Great Britain.....
Subscribe 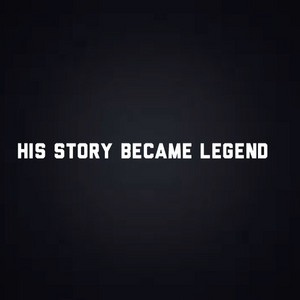