Alone in the Night

”Mom! Do you know where Poppy is?” Em asked while running down the stairs. She had checked all the rooms in the house but the dog wasn't there.

”Your dad let her outside,” mom answered from the kitchen and after a short silence added ”20 minutes ago...”

”Oh, great,” Em sighed and headed to the backdoor. How many times she had told not to leave Poppy outside alone? Yes, she knew how to do her business and then come back but more often than not she would get distracted by a bird or a butterfly and wander off. And then someone would have to hunt her down. Usually that someone was Em.

”I'm gonna go find her!” she shouted before grabbing the leash and going outside.

It was already getting dark and Em started to get worried. They lived by the forest and there were all kinds of dangerous animals in the woods. Not to mention cars on the road, or that creepy man few houses down the street who, for some reason, didn't like Poppy at all. Who wouldn't love an adorable and goofy little spaniel?

”Of course. Why would've she been nearby?” Em muttered while heading to the forest. Luckily the moon had already risen to the sky and it lightened the scenery. It would've been horrible to wander around in a dark forest.

”She better not get home while I'm here”, Em continued her muttering. ”Poppy! Where are you, you silly dog?” No response.

Em had no idea how long she had been in the forest. Moon was still high in the sky but there were no signs of the dog and she started to suspect that Poppy really had gone home already. But maybe she should search just a little bit longer?

And then, few minutes later, she heard barking. It was clearly Poppy. Em started running.

”Poppy, darling, come here. I've been looking for you...,” she said and the suddenly closed her mouth. There Poppy was, playing with a huge grey dog. It was definitely a wild dog. It was big and scruffy, and looked, well, wild... It wasn't something any sane person would keep as a pet.

”Poppy, sweetie. Come here, please”, Em whispered and patted her leg. Luckily, the spaniel noticed her and charged towards her barking happily. The grey dog stood still, staring at Em with its piercing yellow eyes. Em shuddered. Quickly she got Poppy on her leash.

”Okay, Poppy, let's go now,” she said and started backing off from the wild dog. For some reason, she didn't want to turn her back to it. Poppy let out a sad whimper. She didn't want to leave her new friend.

”Come now, Poppy. You'll get food when we get home.”

Apparently that was the magic word because the spaniel forgot her new friend and turned her nose towards home. Em also finally turned her back to the animal and fastened her pace; she wanted to get away from this animal as soon as possible.

Em tried to hurry as fast as she could but they didn't get too far before the silence was pierced by a wailing howl. Em felt her neck hair stand up. She was so dumb. How didn't she realise that the animal wasn't some wild dog? It was clearly a wolf.

Now was the time to start running. Em yanked the leash so Poppy would stop moaning after her boyfriend and focus on more pressing matters, like not getting killed.

Em tried not to look back but she couldn't resist it. She looked over her shoulder and saw the grey wolf, yellow eyes gleaming in the moonlight, running towards her.

”Legs move faster,” Em said to herself, voice shivering. She didn't even want to imagine what would happen if the wolf caught her.

She looked behind her again and saw the wolf coming closer and closer. She turned back to look where she was going but a second too late to notice the big branch in front of her.

She tripped and fell on the ground. Poppy's leash slipped from her hand and Em could see the dog disappearing in the woods. What a great dog, didn't even notice her owner falling and possibly getting eaten by a wolf.

Speaking of the wolf, Em felt the paws hitting her back and pushing her back to the ground. Sticks scratched her face and pieces of wet moss stuck on her cheeks.

”No! Stop! Go away!” Em screamed and flailed around. The wolf was heavy and she could feel its warm breath in her neck.

”Go away, please,” she whispered, voice trembling. Was this the end? Was this how she died? No. I couldn't be. She refused to die like this.

Em reached her hand to grab a stick from the ground. It wasn't much but could distract the wolf long enough.

”Get off of me you stupid animal!” Em screamed gathering all her strength and courage. She swung the branch towards the wolf's face. The movement was awkward since she was lying on her face but somehow it worked. Em hoped she had poked the wolf in the eye. The wolf backed of whining and Em was able to get up. Her legs were trembling but she tried to stand. She had to run. Somewhere. Find a rock or a tree or something and climb to safety.

She waved the stick in front of the wolf. ”Stay away or I'll....I'll hit you in the face.”

The wolf stared at her and it almost looked like it smirked. A low growl came from its mouth and then it jumped again. This time Em fell on her back and hit her head on the ground.

The wolf was standing above her, paws on both sides of her head pinning her down. The yellow eyes seemed to stare right into Em's soul. She couldn't move. Every time she tried to do so, the wolf showed its teeth and growled.

”What do you want?” Em asked her voice trembling. She could feel the tears burning in the corners of her eyes. This wolf was scary. It was fierce and wild but it also seemed intelligent. It didn't blindly attack. It waited for something and Em was scared to find out what it was.

”What do you want from me?” Em asked again. Her voice was just a whisper. The wolf tilted its head and then raised it towards the sky, towards the pale moon. It let out a howl that once again sent shivers down Em's spine.

When the wolf bared its teeth, she raised her arms to protect herself.

The pain was unbearable. The wolf's teeth sunk in her arm, piercing the skin and crushing the bone. Em couldn't do anything else but scream. Scream because of the pain and because of the fear. Would she really die now? Eaten by a wolf? Alone in the forest?

The moment felt like it lasted forever and then the wolf let go. The wounded arm fell on Em's chest staining everything in blood. She was gasping for air and waiting for the next attack, eyes closed.

But it never came. She felt the weight disappear, heard rustling and when she dared to open her eyes she saw that the wolf was gone.

”I need to get out of here,” Em mumbled and tried to push herself up. Without thinking, she moved her wounded hand. The moment it touched the ground, Em felt a sharp pain jolting through her body and she fell back on the ground. The world around her was misty and spinning.

She could hear someone shouting far away. The voices were coming closer. Em's eyes closed and when beam of light landed on her face she fell into darkness. 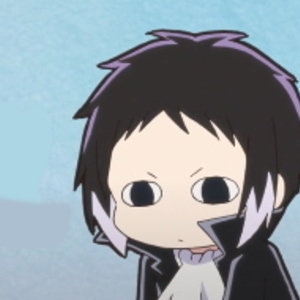 Entry for the second writers camp.

We start with a bang, or a crunch rather. Poor Em, already in trouble.

I hope you liked the first chapter. Feel free to comment and I hope you'll tag along to see what happens next. Thank you for reading ^_^ 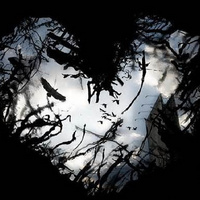 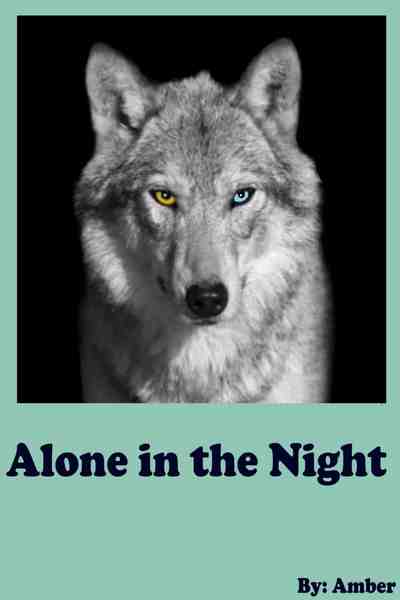 Alone in the Night

When Em's dog runs away, it turns her life upside down. An unexpected encounter with a wolf in the woods sends her to hospital, and then everything starts to change.
When the full moon rises, her life is not the same anymore.
Subscribe 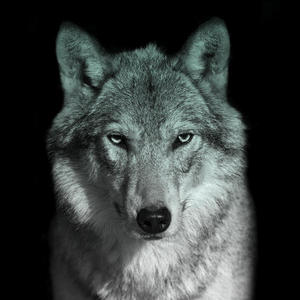