Another Candle Snuffed - A Collection of Short Stories

I’m sitting in a chair in the back row onstage. My fingers are curled around the neck of the violin, body resting on my lap. The stand in front of me is skewed to the side, pages of music at an odd angle. My heavy gray sweatshirt is itchy and uncomfortable below the heat of the stage lights. The auditorium is filled with quiet chatter. A joke is exchanged in the row behind me, and I smile a second before glancing back at my music.

A moment passes, and we’re about to start. My violin is raised, bow balanced on the D string, posture stiff and proper. I watch the conductor’s arms cut sharply downward, and begin to play. As the rest of the orchestra plays a rich, warm chord, a mournful wail echoes from my violin.

I watch the other students falter, caught off guard, and continue to move my bow. My fingers dance across the strings, an achingly sad melody forming as I go. It's beautiful, in a dark and unearthly way. Normally, the conductor would have cut us off, but she stands silent, eyes empty and round. The other musicians are unnaturally still.

I stand up, facing the startled audience, and the song continues.

I remember the melancholy afternoon, a year earlier, when the beginnings of an ill-advised plan began to come together. The evening spent poring over crumbling books with grave inscriptions across the cover, warning me in a strange language not to continue. I knew the rules. I wasn't naive, but my mind was firmly made up.

The dark midnight when I stood on the edge of a jagged cliff, violin in my hands and blood at my feet. Words spoken from my mouth that I had never heard, hissing and ominous.

A looming figure. It did not speak at first, but smiled in an unfriendly manner, something sharp that promised consequences to my actions. I reached out a bloody hand, and an inky limb emerged from the tall frame. I returned its smirk, and shook firmly.

The air howled, and I was knocked off my feet. The land around me was empty, void of the bloody remains, and anything resembling the thing that had stood before me. Clutched to my chest was the violin, every surface charred as if consumed by an invisible flame. I examined it, strings still intact, bridge unmoved, as if nothing had disturbed it.

On the left side of the upper body, two thinly curved clock hands were bound in place by a white skull emblem. The second hand moved much slower than it should. The hour hand was completely still.

A ticking sound is echoing in the violin on my shoulder. It grows steadily louder, in contrast to the weakening strain of sorrowful notes that still hold the audience captive. My breathing quickens, and sweaty fingers should fumble the next few notes, but the rhythm stays steady. I pull the bow faster, plant my feet steadily and continue.

The ticking grows, and I finish the last few bars of the song, completing my final farewell. The last note is slow and steady, and I can see the people around me begin to wake from their trance. I’m halfway through it when the clock stops.

The violin crumbles in my hands, falling to ash on the stage around me. I wipe my hands on the front of my sweatshirt, and step off the stage. Hundreds of eyes follow me as I cross the aisle towards auditorium exit.

The door grows near.

I don’t know where it leads to.

But I know what is behind it.

And it is smiling. 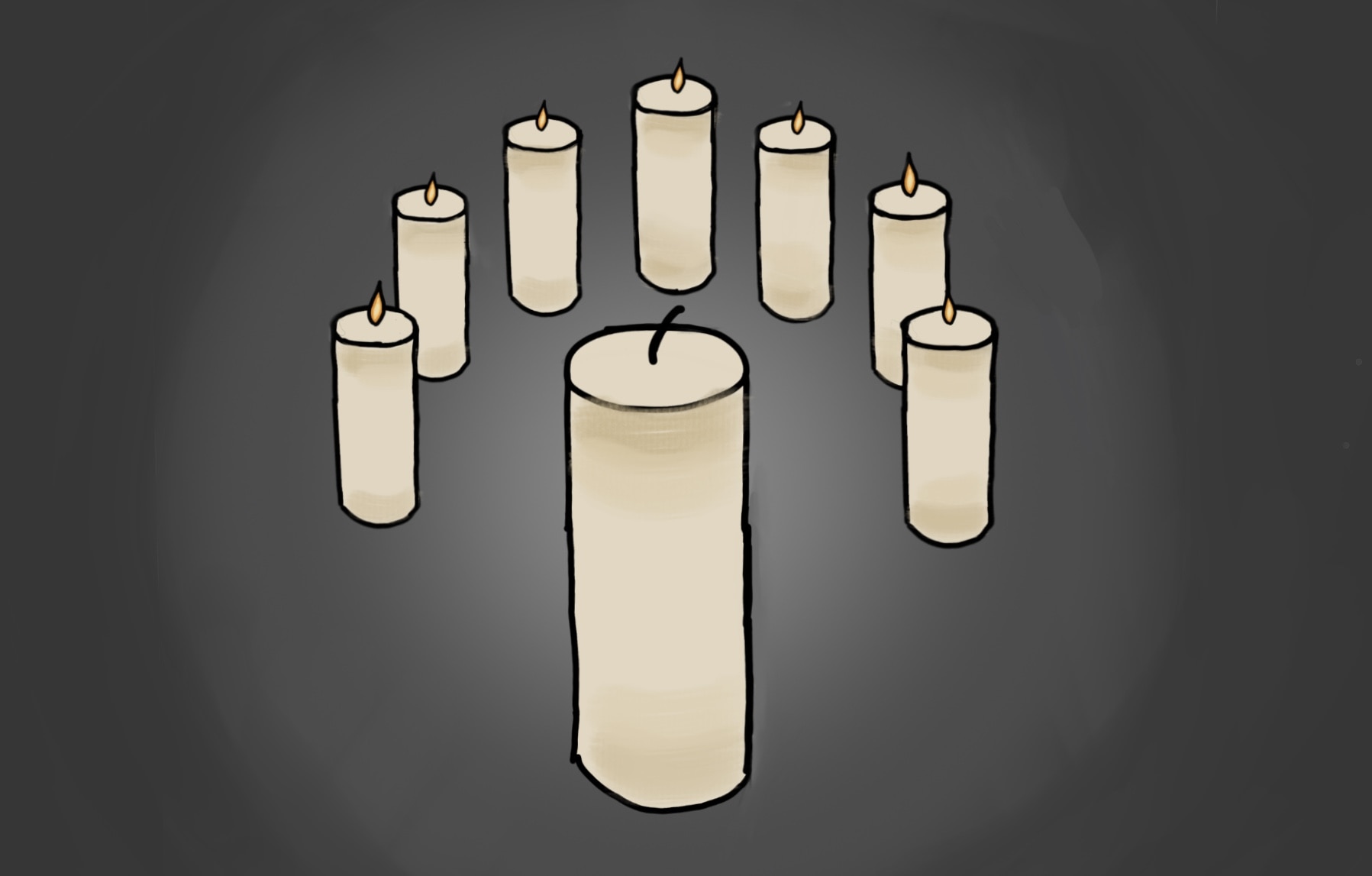 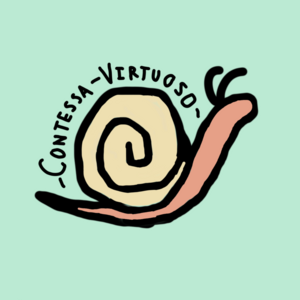 Thanks for reading! Check out my comic series that will soon have the art that corresponds with this. 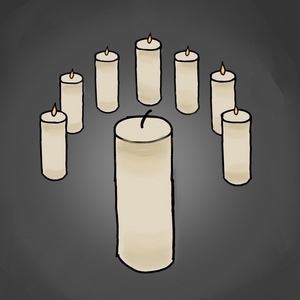 Another Candle Snuffed - A Collection of Short Stories

A collection of short horror stories. Length and creepiness may vary.
Subscribe 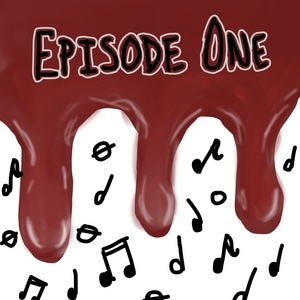