"I never had it before".

Machi woke up suddenly, the terrible scene still engraved in her mind: the destruction of Earth. Next to her, Sora was still sleeping peacefully.

Suddenly, someone knocked on the door, it was mother arriving with breakfast.

"Rise up my beauties, you have a lovely Sunday ahead", mother said carrying a tray stuffed with milk, cake, and toast.

"Food!!" Sora shouted, quickly waking up from her sleep.

Sora and Machi started devouring the food, they needed lots of energy, a robotics convention had just opened its doors some days earlier, and now, finally, they were going to visit it.

Sora started with the cake, eating recklessly, much for her mother's displease. Machi was more composed and gently started eating the cheese toast while drinking the milk.

Sora and Machi were not real sisters, but, despite that, they had shared a wonderful relationship since childhood.

After eating, both dressed and got ready to leave.

"Be careful, and have fun", the mother said from the door, while Machi and Sora took the elevator to descend to the city's mid-platform.

The city's mid platforms were elevated corridors made for pedestrians; they were connected to several buildings, and people could walk from one building to another without even setting a foot on the city's floor.

Machi and Sora were now walking the pedestrian corridor, moving towards the green part of the city, a place where the gardens were located and in which plaza it was said the robotics exposition was being held.

"Can you read me the news?" Machi asked, knowing Sora loved to do that.

"Sure, right away!" Sora replied, taking a little card out of her skirt pocket.

The little card Sora was about to use, was something 10 years ago, any expert would categorize as science-fiction.

Sora pressed the card center with her thumb: "Today's newspaper, please." Suddenly a newspaper simply fell on top of her head.

Sora complained about her misfortune while rubbing her head, trying to ease the pain, wondering what she had done wrong.

"Next time, you should mention the target location, before asking for the service!" Machi said looking at her, amused.

"Ah, that's something I always forget," Sora replied, wondering why she had to be so clumsy by nature. Her sister was just perfect, and she was a total disaster. For a second, Sora cursed her distant, clumsy relative, that had given her such bad genes.

The rendering of a 3D holographic object that would look and feel perfectly solid, seemed an impossible task to achieve, many companies had tried in the past but all faced the very same problem: You can create an object made of light, but you cannot touch, or hold it on your hand.

Then suddenly, 10 years ago, several companies received an electronic message with the exact instructions to build a device that would do just that: create "Solid Holographic Objects". At first, nobody took it seriously, also the instructions didn't make any sense, it was as if the author was asking them to have faith through the process and get marvel at the final result.

The message was ignored and forgotten, until, one day, a robotics engineer was crazy enough to try. He secretly attempted to construct the device in his lab, his company would not finance such a ridiculous project. The machine he built was odd and clumsy, but he had strictly followed the instructions contained in the mysterious message, it was about time to do the real test. An ordinary paper card with a voice recognition chip would be required to serve as the interface to call the objects that had been previously programmed. As soon as the card was energized by the machine, all he had to do was call the object's identifier while pressing the card. "This makes no sense, this is crazy! I can't even believe I'm doing this." He repeated to himself in disbelief.

Despite he didn't believe in what he was doing, he still decided to try anyway. After all, all major discoveries were always an act of craziness.

He pressed the machine's button, the card started to glow inside. After a few seconds, the process was complete. Anxious, he took the card from the machine and inspected it, it was the same card from moments ago, it wasn't even warm, and nothing had changed, did it really work?

He turned to the monitor and took a look at the list of objects he had programmed that could be called wirelessly by the card: A 1 cm sphere, a pencil, and a doll.

"Here goes nothing", he thought, while holding the card in his hand, he said: "Sphere".

To his total surprise, both the card and something above it started glowing. Some seconds later, a tiny glowing marble fell to the ground.

The marble hit the floor with such violence that the whole laboratory shook with the impact. From the point of impact cracks spread and reached the walls and ceiling. The man fell off his chair together with several objects with the violence of the event.

Speechless, the engineer looked at the surreal scene ahead of him, suddenly he saw the computer screen on the ground a few inches from his head, the monitor was displaying the specifications of the object he had just created, but a particular line took his attention: "Object Mass: 1200", he then realized his mistake: while typing the number, the keyboard had missed the decimal point! And since the unit was KG, the marble's weight was 1.2 tons!!

The perplexed engineer tried to move the sphere, but it was so heavy that it wouldn't move an inch. Then suddenly he realized: "I can simply make it disappear!"

He took the card and said: "Undo sphere!" Magically the heavy object vanished as if never had existed in the first place.

He took the monitor back to the desk and chose a lighter object. Seconds later a light doll fell on his hands. He then quickly took it to the outside of the laboratory. As he rushed out, surprised faces looked at him: a dirty man running out of his laboratory with a doll in his hands, shouting loudly: "It works! It really works!!"

From that day on, the new holographic technology took the world by assault: TVs, packets, daily life objects, energy and even building construction, it was so versatile that gave birth to an endless number of applications that would change forever the way of life of the human race, the current futuristic world wouldn't have existed without it.

Regarding the author of the mysterious message, it never was identified, the original message only contained an acronym: HIRAIMA.

"A rumor is spreading all over the web, a Swedish astronomer claims to have discovered a gigantic asteroid traveling between the moon and Earth as we speak," Sora said while reading the futuristic newspaper, "after he claimed its size was over 30km, everyone took him as a fool".

"An asteroid that large would have been discovered years ago, no wonder he's being seen as a lunatic seeking attention," Machi said, amused with the news, "the only way for that to happen is if the asteroid would have materialized itself between the moon and Earth while not reflecting the light of the Sun, but that, as everybody knows, it's impossible".

"Well, there she is", Machi said while looking at a nearby bench.

"She, who?" Sora asked, looking at the same bench.

Sora couldn't believe in her eyes, the person sitting on the bench was no one else than...

"I invited her to come with us, please try to get along, ok?" Machi asked gently trying to lift the hostilities.

"Sora, do you want to be my friend?" Yuka said, offering her hand.

"Hmpf!" Sora replied coldly, turning her head in the opposite direction.

It was more than Yuka could handle, Sora got poked in the head!

"Why did you do that? It hurts!" Sora complained. After some moments none of them would say a word, leaning next to Machi, arms crossed and looking in opposite directions.

Machi decided to make her move, without any warning and started running full speed, quickly imposing some distance between her and the quarreling pair. Machi was the best athlete in the school, when she was running, all one could hope to see was her back.

Surprised, Yuka and Sora started running as well, "Wait! Where are you going?" Sora shouted desperately, seeing the distance getting bigger and bigger. 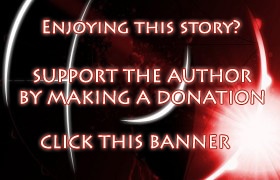 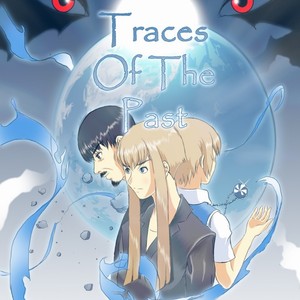 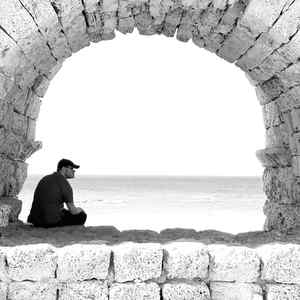 Interesting start! I'm wondering if there's a connection between the holographics and the asteroid... 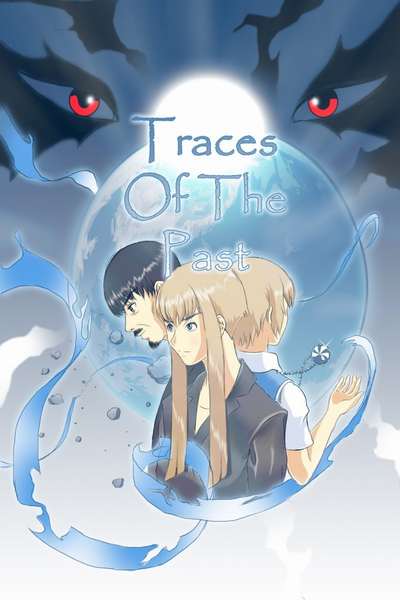 A futuristic world is disturbed by a mysterious object, from another space...and time. 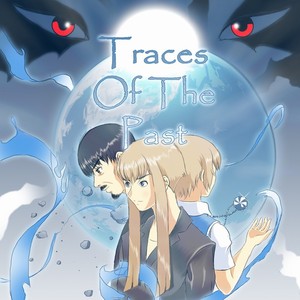