In the 158th year after the Fall of the great Empire (F.E.) the 27th day during the second month of winter a blizzard embraced the south eastern lands of Beatusterram Empire. However, Aidan of Tremain, the Duchess of Saber, had greater matters she needed to focus on. From the wee hours of the morning, she became fully engrossed in the hard work of bringing her first born child into the world.  She walked back and forth across the bedroom of her personal chambers inside of Saber Castle with the aid of her personal maid, Bedelia. The two women sang the songs of their native country, the islands of Aibhlin. The rhythm of the songs forced Aidan to take deep breaths and exhale in tempo while the walking eased some of the pain from her contractions until it would finally be time to push her child out into the world.

The familiar beats of the song brought her mind to the sunshine of the tropical islands of her nativity. It gave her heart a warmth that the actual temperature of the drafty room denied her body. The shutters were closed, and the heavy drapes pulled across the lone bay window, but any lolls in their singing and the noise of the wind howling would demand the Duchess's attention.

Aidan was a tall, lean, and fit woman in her mid-twenties, but Bedelia faithfully stayed by her side with an arm around Aidan's waist. When the pain became too much for her mistress the women would pause in their walking and Bedelia would support Aidan to keep the woman from crumpling down onto the floor.

Arthur Saber, the Duke of one of the largest and wealthiest territories of Beatusterram Kingdom came to be present for the birth of his first child. After nearly 4 years of marriage, he was anxious to be near and support his wife in whatever way she deemed. He joined the two women in their walking, supporting Aidan on her other side and humming along with their song. He could speak a bit in their native language but was unfamiliar with the words of their songs praising nature and the courage and strength needed for the miracle of birth. He thought about the words and pondered on the references to courage and strength. He was flushed with pride and love for his stoic wife, for these words suited her perfectly. But he thought they did not quite match his own ideas of mothers and babies. Should they not be soft and snuggly?

A contraction started and Aidan gasped in pain. Author gasped in pain himself as his wife's arm around his shoulder became a choke hold about his neck. When Aidan bent in pain, she had brought him down with her. Neither husband or wife were able to breath properly until the contraction subsided and she loosened her grip.

Aidan was not a woman easily given to tears or complaining. Her eyes glistened with agony as she apologized for hurting Arthur. The site sent his heart racing in fear. He was tongue tied uncertain of what to say or do. Bedelia gave him an escape route, reminding him that there was a reason men were not meant to be in the labor room. Arthur nodded in agreement and fled the room. He trusted his wife would be in the best of care left to Bedelia.

Arthur thought to go to his library and wait for the news there. However, as he left his wife's bed chamber there was a blood curdling scream that hunted him until Arthur escaped all the way to the horse stables. In the bitter cold he groomed his horses.  He was clearly in the way of his stable hands working to keep the animals calm. Arthur usually respected the domain and duties of his servants, but on that day, he needed to not dwell on what could possibly go horribly wrong in the room he had left. The Duke spent his day with his favorite hunting horses.

Aidan felt exhausted and had long lost track of time before the sunset and her daughter finally arrived. In the fireplace a strong fire crackled heating the stone walls of the room. She felt cozy as she held her daughter for the first time and rested on her clean bed. The pair had been cleaned and bundled in fresh clothing and blankets by the efforts of the efficient Bedelia.  Aidan was smiling down at the ruddy face of her daughter when she thanked her maid.

Bedelia was Aidan's fellow country woman and friend. The woman was ten years Aidan's senior and had been serving her since she was a princess of five years old. They were the only people from Aibhlin residing in Saber Castle, and possibly all of Beatusterram Kingdom.  Their closeness often caused Bedelia to seem more like a doting older sister rather a maid servant and bodyguard.

Aidan was grateful to Bedelia's management seeing to her comfort and a moment to nurse and rest before Bedelia gave the orders to the other servants to retrieve the Duke.  "All is well with the Duchess and she waits to introduce him to their child," she informed them in her halting use of the Sterram language.

Washed and changed into indoor clothing, Arthur's fingers still felt stiff from the cold. When he returned to his wife's room she was sleeping with a small bundle in her arms. He leaned in as close as he could without disturbing the bed and its' occupants. He stared in awe of his of the tiny face of his daughter. Soft waves of brown curls adorned the top of the infant's head.  He grinned and gazed in adoration at his wife. Her own thick brown hair was straight and kept neat in a tight braid that rested across her shoulder. Her sleepy brown eyes had opened, and Aidan returned his huge grin with a gentle smile of her own.

"She's going to look like you," he whispered in delight. He stood there in amazement at just how lucky he was. He had a beautiful, lovely wife and now was doubly blessed with a lovely daughter. The duke's heart soared, forgetting its' many hours of panic and stress endured only until very recently.

Arthur rubbed his hands together, attempting to warm them before getting close enough to touch them. He did not want the chill of the outside world to affect the perfect picture of family bliss before him.

Aidan's gentle smile for her husband grew as she saw him hesitate to draw any nearer. She held her daughter in the crook of one arm and with her free hand reached out, inviting Arthur to take it and join her on the edge of the bed.

He took the proffered hand and kissed it gently in near reverence. "Thank you for being strong and still here." He said in all sincerity. He did not know what he would do without his wife.

She affectionately squeezed his hand, but her voice was dripping with sarcasm. "You're welcome."

She then moved to practical matters and asked, "what shall we name our daughter?" 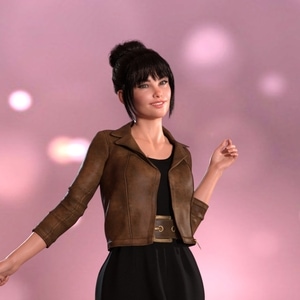 New parents, the birth of Artisia.
(Image is Arthur) 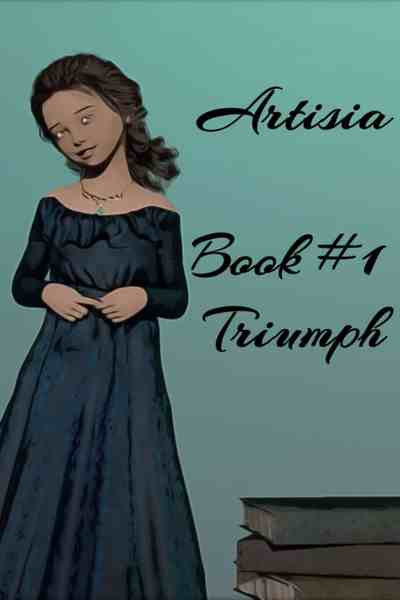 Artisia grows up her whole life being told she's a genius. She's child prodigy destined for greatness as the future Duchess of Saber, the second strongest Dukedom of Beautusterram Kingdom. But when tragedy strikes Artisia's family she has to struggle with defining for herself her life path. What is more important: her inheritance of a kind heart and duty to protect others, or wealth and title?
Subscribe 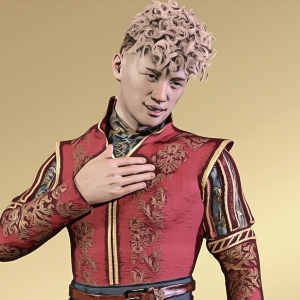