It had been 5 years since one of the greatest mysteries in Aesnow, the city I live in, unfolded. It was the Tragedy of Lightray. At least, that's how people like to call it.

For me, however, it was the death of my mother. She was working as a teacher here at the time. One day, however, she suddenly appeared dead on the academy's rooftop after a supposed "suicide". That was what the media and the police concluded from the case.

As expected, I thought that was pure bullshit. Something they invented in order to stop investigating a case in which they had no idea how to proceed. Despite the fact that a gun was found at the crime scene, she had never shown any signs of depression or a death wish. Once I grew up and was able to think of these sorts of things, I came to my own conclusion.

There was something else no one knew. Not even myself. The only thing clear in my mind was that my mother didn't kill herself.

That is one of the reasons why I decided to continue studying at Lightray. There was also the quality of the school itself as a factor to have in mind as to why this academy was so well-known across the nation.

Located in the capital city of Aesnow, the coldest country in central Europe, Lightray Academy had taught a lot of important people. With its prestige, no normal person could easily enter.

I, however, aced the entrance exams and joined in my third year of middle school.

That day, a snowy day in Aesnow, was the start of classes. After the entrance ceremony adopted from Japanese schools, I headed to my classroom and took a seat to wait for my teacher.

My classmates were quite a normal bunch. Almost everyone fitted in a couple of common tropes. The popular girl surrounded by most of the class, a group of athletic guys talking to each other... Despite that, my attention turned to the kid sitting alone, looking outside a window at the snowy background.

Overall, he also looked normal. Medium-length dark brown hair, slightly tall, and eyes of a not very welcoming person. Even so, there was something odd. Specifically, the color of his eyes.

Reflected in the window I could see a bright, almost shiny purple coming from his eyes.

I refrained from speaking about it for now since I don't even know him. However, my curiosity was killing me so I decided to sit at one of the empty desks adjacent to him.

Although he seemed to notice, he decided to ignore me. Other than that, classes went on like they normally do, with the exception that we were introduced to our teachers for this year.

Classes ended with a complete failure on my part. I couldn't get the chance to ask the boy about his strange-looking eyes. That was mostly because I had never started a conversation with a boy before.

Although it was a pain, I had no choice but to go back home with empty hands. I didn't even get information about what happened 5 years ago.

It didn't matter though. I still had a year to know more.

However, on my way down the stairs, there was something that was bothering me. It felt as if someone was staring at me.

I looked all around me, but no matter where I looked there was no one near. Or so I thought until I heard a sound.

Footsteps coming to me and a couple of laughs. I turned to my left, only to see a group of girls coming to me. Among them was one of the girls from my class. The one in the center of everyone's eyes, catching everyone's attention.

"Of course, dumbass. What the hell is that hair of yours?"

Confused, I touched my hair. It was a total mess. After all, I had forgotten to brush it.

"Huh. I guess I forgot to brush it", I replied.

"Are you stupid? Well, how about we make it easier for you?", she asked with an ugly grin on her face.

One of the girls walking with her pulled out a pair of scissors. I suddenly realized what they were to do here.

"I could see you, staring at that guy the entire day. Y'know, the one on the window?", she mentioned.

"Not like it matters, does it? Let me tell you this. Do not get close to him again."

She was furious. Did she really set her eyes on him the first day of school...?

"Why him? He seemed like a loner to me", I commented after witnessing the guy's actions.

"Yeah, yeah. Whatever", I replied to her half-assed attempt at intimidation while turning around.

"Certainly more than you..."

I didn't notice at the time, but I had spoken more than I should have. Because of that mistake, I had gotten myself in trouble on the first day of school.

She swiftly caught me by my hair and got me closer to her. I could've defended myself, but there were too many witnesses. The girls that accompanied her were giggling while looking at what was happening. More specifically, laughing at the trouble I had gotten myself into.

"Perhaps we should cut your hair first. Maybe your face next?", she asked me, waiting for the other girls to answer.

I could feel the iron scissors sliding through my hair, as she was teasing me into cutting it.

Unexpectedly, we could hear a girl's scream behind us. Both I and my attacker turned back, with her group right after her. Her grip got softer, so I managed to notice one of the other girls was gone.

Almost in an instant, however, someone grabbed my hand and pulled me out of my attacker's grip. My hair slid out of her hand swiftly and, just before she turned back to me, I was completely free. But I had no idea who had helped me.

"Wha-?! Where did she go?!", she asked the other girls panicking.

"Eh? Wasn't she right here a second ago...?", one of them replied confused.

For some reason, it was like they couldn't see me despite standing right in front of them. Almost as if I was invisible or something.

She was suddenly interrupted by a strange, ethereal voice that felt as if it came from the school's walls.

"You shall pay for your mistakes..."

Coming up from the floor, some hands came up. They looked as if they were made from the shadows themselves as they wiggled and grabbed her leg. She turned pale and shook her leg to break free from the hands, only for her to run away screaming in terror.

Although I was scared, I just stood there watching as everything happened. I didn't feel like they were going to attack me next.

I was right. The hands waved at me as they disappeared almost as if they turned to dust, getting carried by the wind.

"There. I guess I could call it a job well done."

An unfamiliar voice came from my back and I turned around quickly. It was a guy. And a familiar one at that.

My contact with the secrets this academy was hiding was strange. Things happening left and right, from bizarre to absolutely impossible.

Yet I would have never expected the first one to be just an unremarkable introverted student. 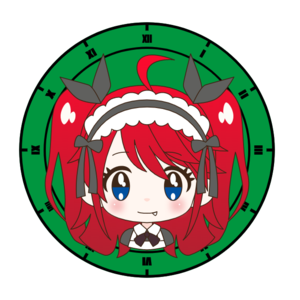 After reminiscing as to why Lightray Academy was so important to her, Tanioka Sumika attends her first day at the school and meets a mysterious boy who happens to be her classmate. 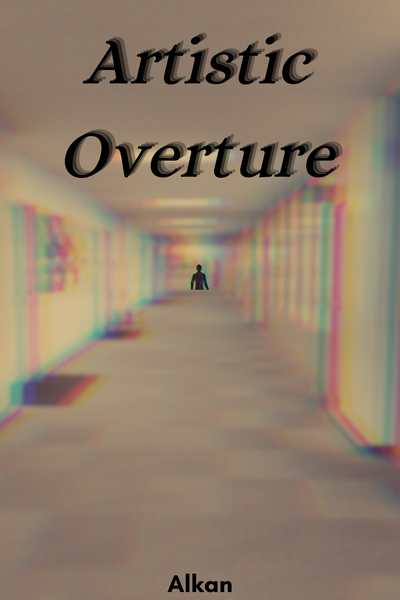 Tanioka Sumika, a transfer student at the prestigious Lightray Academy of Aesnow, is a talented artist with an affinity for Japanese culture and mystery series. After losing her mother at the young age of 9, her vision of the world became bleak. However, after discovering one of the world's secrets, she started desiring to reveal the truth in everything.

It was when she met one of her new classmates, Shuragi Kaito, that her life changed. Together, they will solve any mysteries that are thrown their way and, perhaps, discover the truth behind Lightray Academy, Aesnow, and the world they live in.
Subscribe 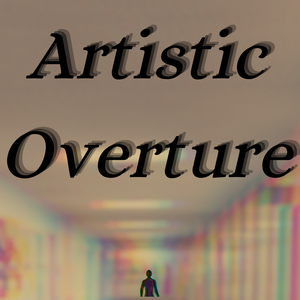