A demon lurks deep within the hellish prison. In the underworld he awaits, luring victims in with a whispering chant. “If you call out my name, I will surely answer to your commands.” He tempts his prey like an enchantress persuading her lover to cross the isles of a forbidden lake.

He seduces his prey, toying with their hearts, promising wishes that lead to sin. He sings like a nightingale, passionately luring in his next target. “Right now, I'm locked up in a dark place. My soul is caged in an inferno of ecstasy.” He continues to bemoan with vehement bravado.

There is a taunting spark in his eyes. As if they captured all the stars in the night’s sky. His eyes are on fire, drawing you near like a fatal temptation. “You don't know what such a gaze does to my heart.” The prey mutters in fear, as they become limp like moisten clay in the hands of the sculpting devil.

“A candle is burning inside of me. I'm melting under your gaze.” The wicked one sings in wicked glee. You can hear his shackles ringing like a warning that is denied. As if mere bindings could ever contain his power. He merely adorns these frail accessories as a means to amuse his own twisted whims.

“Don' let this flame extinguish.” He calls out to you with a voice so mesmerizing you cannot bear to protest. “Please, call out to me. Say my name.” He lulls his frail puppet to the iron gates; their hands shake while holding the keys to the padlock. He grins seductively, as if this was all a game and he was the reigning champion. How vexing…

“My heart is on fire,” you admit, trembling in his presence whilst opening the gates. “Right now, I'm in a dark place,” you murmur. Unsteadily he stands, the rattling of his iron chains pierce through the silence of his hypnotic spells.

“Help me. Set me free.” He begs like a helpless, innocent child yet his face betrays his act. With those eyes that burn like wildfire, tearing everything apart in pure madness and chaos one could tell they were a fool if they released this wild beast.

“My dear guest, you walk up to my cell so brazenly. Do you instead to burn my prison to ashes and set me free?” He taunts, knowing full well of his own capabilities to do such crimes without assistance. As if to hypnotize his target, the Lord of Death stares into the eyes of his prey, and enchants his new toy. “Dear won’t you light a path from your heart to mine. Burn everything in your path. And set me free.”

That night, at the Devil’s command, the pawn unsealed the shackles and burnt everything to ashes. As the prison cell engulfed in flames there was no one left. Neither cell nor prey. There was only the Prince of Hell swallowed by his own bloody inferno, unhinged, unscathed and deeply amused. 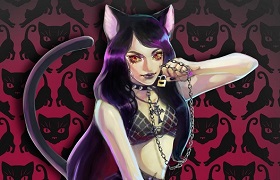 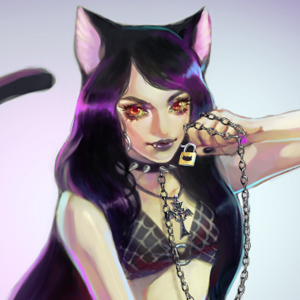 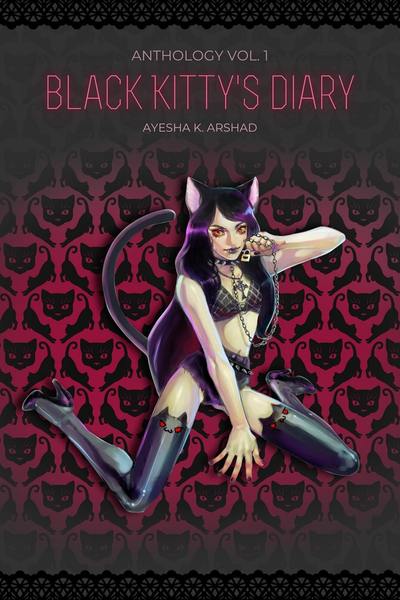 Black Kitty's Diary, is book about life, love, loss, pain, and fantasies. Ayesha K. Arshad, author of the romance novel series Ashiqui, wrote Black Kitty's Diary as an outlet during a time in her life when the world was not so kind and her only way to vent and be at peace was through the pages of her diary. Today, she shares her inner most thoughts, feelings and life experiences in the form of fantastical poetry and fictional short stories in hopes of connecting with the world around her.

Sometimes our thoughts are jumbled, uneasy and conflicting. So, we write and organize the web of chaos within the mind that we ourselves weave. In writing this book, Ayesha K. Arshad took 15 years of notes and diary entries and complied the best ones into a tiny book of quaint but emotional writings. Not everything in life is what it seems, sometimes we fall in love, sometimes death takes what is ours far too soon. Sometimes we are lost and entangled in fear. Sometimes we wander and hurt until we learn to heal.

This book is meant to echo the cries of hearts of those who have lost, who have loved and who have gone through the turmoil of heartbreaks. Whether it’s with a lover, a relative, a lost dream, I believe many can relate to the written notes in this book. If you are struggling to find hope, to let go of what antagonizes you, perhaps this book can help you cope, relate, and release the painful moments in life that you need to release and heal from. It is an emotional journey, a quest through time, through the heart’s realm of desires.

What lies in wait for you is a story full of innocence, love, pain and acceptance. One cannot hope to grow if they never learn what both heals and hurts them. We learn to become stronger as we go through the trials of life. In that manner, I have also become a stronger version of myself by writing this book. I offer my love to you, dear readers. 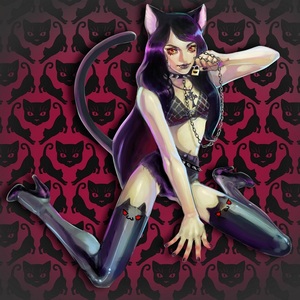