The sound of crashing cans and growling emerged from inside an empty gas station in the middle of the summer night. Behind its smudged glass doors revealed a scene of chaos.

"AH, WHAT THE HELL?!" an older canine customer blurted out.

Red’s eyes remained fixated on his prey as he tore through flesh. Blood dripped on the floor as the various scents of the store overwhelmed him. He could only think of his father’s plaid shirts, a familiar texture to the fabric between his jaws. Waves of blind, flashing rage kicked in. Soon, bone would be exposed and it would be his turn to inflict pain on the father who had left him to an unforgiving world.

A tall, tanned skin cat person with a curly purple undercut and baggy clothes came rushing in. Red held on to the stranger’s arm with all his might as fangs sunk deeper. Every reflexive yank would tear away at painful memories.

“Red! Red! C’mon, what are you doing, man?!” Devin shouted, desperately hoping his friend would hear him behind the torrent of repressed emotions.

The owner, a young rabbit person, frantically runs to the back and dials the phone. His stutters barely cut through the scene happening in front of him. Devin notices the owner’s absence and lets out a frustrated grunt as he tears Red away from the customer. The older canine person is left shaking, even though his stature is far from delicate.

Devin walks up to him in an attempt to remedy the situation.

“Were you even TRAINED?! Even my kids know better than to bite random people on the arm! You know what they do to animals like you?!”

The stranger leans into Red’s face and snarls quietly.

“They make you disappear. Thank God.”

The man walks out the door with his plaid overshirt tied around his bloody arm, and his cigarettes in hand.

Red is left in a subdued state of frozen panic as the wild look in his eyes fade. He feels the arms of his best friend support his shaking body and barely functioning legs. The earthy scent of Devin, as well as the familiar sight of his golden eyes, orange-neon green bandage on his nose, and soft lavender colored beard, soothe Red enough to bring him back to reality. A silver car door opens as Red is laid on it’s warm leather seats. Devin climbs into the driver’s seat, the beginning of a long, tense drive home.

“What was that!? Was it the drinking? You didn’t even have that much!” Devin questioned.

Only the faint shaking of the car provides an answer.

“I’m actually disappointed, Red. I thought you were doing great. You made it to graduation, two years, without breaking down. I-I get it. You had it rough growing up in that taming facility. Probably did all sorts of bad things to you…”

Red silently fiddles with his red collar, avoiding the gaze of Devin in an attempt to hide any emotion. He had never attacked a total stranger before, and it was painfully clear that the consequences would soon rear their ugly head.

“It’s tough, dude. I really don’t wanna sound like a jerk. I really want you to do your best and be happy. You know I’ve been there for you right? I’m sure you know.” he continued.

Devin lets out a short sigh, his heart pounds as he holds back the tears.

Red’s raspy voice barely travels to Devin’s ears from the back.

“You don’t have to do any of this for me. Please, if you care for yourself, let me deal with this on my own. Tonight was embarrassing, but I swear I don’t need you or anyone to worry about me. I can handle my own problems."

“I’m scared for you Red. That guy at the station was right. Even though we’re all part animal, society can never acknowledge that. We all have to keep it together, and if not, we’ll disappear.”

Red wipes the speckles of blood from his cheeks.

“Not under my watch.”

The recollection of a road trip gone bad. 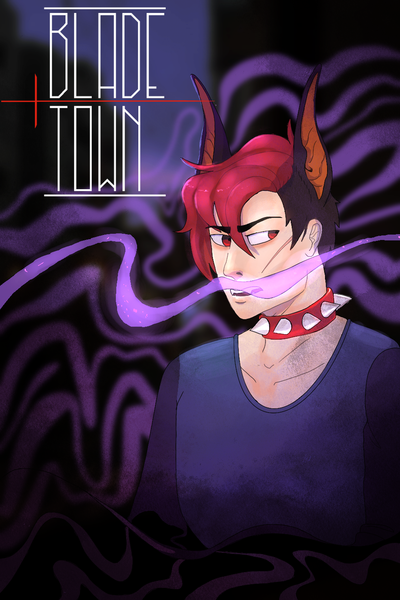 Red, after a dark night of feral rage, discovers his best childhood friend, has gone missing. In a world full of human-animal hybrids, he finds himself venturing into the unknown world of Blade Town; a closed off, lawless city of criminals, misfits, and unbound chaos. Though its stone walls are removed from society’s ideal human standards, Red finds comfort in the madness by teaming up with a vigilante group, the Stray Dogs. Together, they end up finding their true friends and foes.

A dark past will be transcended. 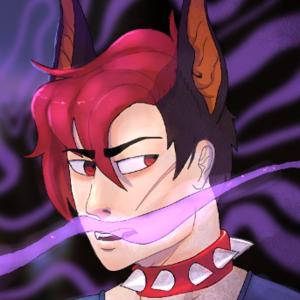