Hi I'm Mio Kobayashi and in the world I live in there are groups of special people. 1/5 of the population is made up of warriors. Warriors are the strongest group out of these groups These warriors are further split into two groups they are born into. Blades or Bows. People born into the Blades group have a sword shaped mark on their body. They have experience in using swords and whatever with a blade. Hence, their name is Blades. People born into the group of Bows have a bow and arrow shaped mark. They use bows and arrows. These marks glow during a battle or when their power is used. Anyone who uses these special powers on innocent people... get their power stripped from them. Once in a century there is a very rare occurance, where one is born with the mark of the Scythe. The user with this mark is enabled a wide variety of knowledge in different weapons including their main weapon, the Scythe. 2/6 of the population is made up of other magical users such as mages, wizards, mythical people, and other supernatural beings. The last 3/6 of the population is made up of normal people with no powers. I hold the mark of the Scythe as a warrior. My family, the Kobayashi family, has a long line of descendants of powerful wizards, mages, warriors, etc. We are a famous family many elite warriors and other supernatural beings know. However, we are also the most seperated family. You see, we split the family into groups based on what power group we are born with, and I was lucky this year because I was the only warrior eligible to go to Senshi High. That means I can attend the warriors academy without any family members controlling me or attempting to murder me in the household. The Kobayashi family is a famous name, but in the family we are enemies and enemies alone. Once in a rare occasion do we make friends or get along. In my family, warriors are the highest level in strength, therefore I have many enemies waiting to strike me. We each venture off to an elite school  for our group in the family after we reach the age of 16, until then we are homeschooled with private teachers. I recently turned 16 which means it's my turn to fly out of the eagle's nest. Anyways, as you may have heard earlier, the school I am attending is Senshi High. Senshi as in warriors. It is a school where the elite warriors get training and education to become the best warriors aside from basic education. Oh I must've not mentioned.... Why are there supernatural beings you ask? Why because in our world there are MONSTERS. Monsters that devour human flesh. Monsters  that shift into your nightmares. Supernatural beings train to fight these oncoming monsters to protect the world. Many powerful people try to locate the man behind these monsters, but they either die or come back alive traumitized to the point they go into hiding. I want to locate the mad man behind these creatures and give the world peace so that it doesn't go through a dark period of time like I had gone through in my home. 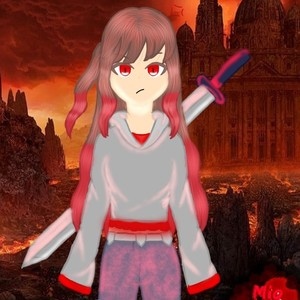 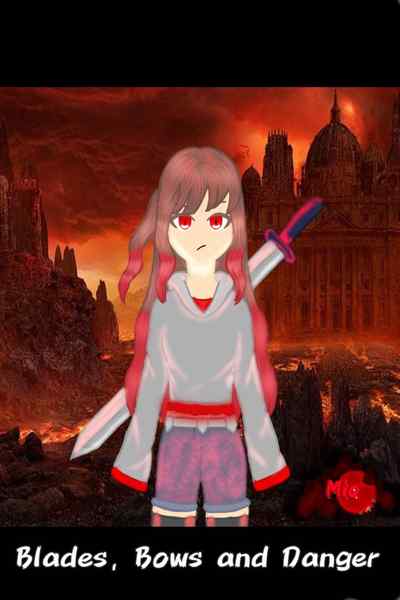 Mio Kobayashi must stay on the edge in a weary world of magic and danger. Not knowing who to trust and who to rely on. Marks, magic, threats. Will Mio survive her journey of slaying monsters? Will peace ever come to this dark world? Will the mad man behind these monsters be revealed? 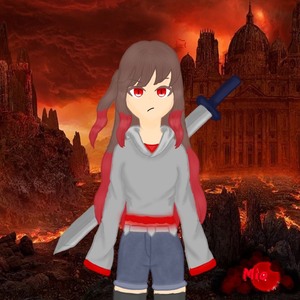