As Mitsuo wakes up with the sound of flowing water coming from the bathroom, he slowly opens his eyes and prepares to get off his bunk bed. He notices his sister isn’t on the bottom bed.

“It must be her in the bathroom.”

Getting out of his room and turning right, he enters the bathroom. With her stunning and exquisite yellow eyes, Kin looks at her brother, and still with the toothbrush in her mouth, she says:

- You stayed up until late playing again...

Mitsuo got what she said, but he was still waking up, so he didn’t really made an effort to answer. He, oblivious to the situation around him, then began to brush his teeth. Kin’s already used to that, so she proceeds talking.

- I know that because I barely had any sleep last night... everything seemed to be making so much noise. I'm sure I could hear our that girl who lives two houses away on the phone.

At that time Mitsuo was lost in thought, worrying about the test he had that day – but with no reason. Tests and school work were never a problem to him. Kin realized her brother wasn’t paying attention, but even so, a little bit frustrated, continued talking.

- You... there are 15 minutes left for your class to start. If you get the shortcut, you can get there in time. Better leave now. Oh, but you’re still on your pajamas...

Before she realized it, Mitsuo wasn’t there anymor and his toothpaste was on the sink. Kin looks at the door and sees Mitsuo running without his shirt around the house. Every time he passed through the bathroom door, he was with something different, and then she saw him running with his uniform and his backpack on the stairs. At the bottom floor, the siblings' mother was finishing the breakfast dishes.

- Mitsuo, you're late! But please, don’t get the shortcut for school! That damned street is dangerous!

- YEAH, SORRY MOM, BUT I'M GETTING THAT SHORTCUT! – Mitsuo said, rapidly opening the door, starting to run as if his life depended on that. Meanwhile, Kin calmly walks down the stairs, and her mother stares at her with some anger on her look.

- You're late, too...I'll give you a ride, your school’s farther than your brother's. You look tired. Didn’t sleep well?

- Yes... I talked to 'bro, but he didn’t listen... at night everything was making too much noise. I'm sure I could hear that new girl who lives two houses from here talking on the phone... It seemed as time didn’t pass, and my eyes were itching a lot.

It seems like this sentence impacted her mother, for after hearing that, she turned off the faucet and stared at the wall, thinking. Slowly taking her gloves off, she looks at Kin, and after a while she runs at her direction with arms open and a smile on her face.

- Oh my God, Kin! Everything you just said fits with your eyes' awakening! But... you're only eleven years old! You're a prodigy girl! This should only happen when you turned fourteen, your dad's gonna be so happy!

- Awakening? What would that be? – Kin, more confused than ever, gets away from her mother's embrace and waits for an answer.

- Well, honey... your brother, me and your dad... we all have brown eyes, and then, you have the yellow eyes, just like another person has the pink eyes, and so on. The “Awakening” of the eyes is when the eyes already have their essence ready to be used! Your powers are already blooming!

- Honey, who has brown eyes has no powers, which is why me and your dad got so happy when you were born. It was mostly because you have the yellow eyes, which are one of the rarest!

- But... that isn’t fair... – Kin puts her head down, worried about her brother, wondering if he feels envious.

- You think so? You know... there’s a purple-eyed boy at your brother's classroom. Almost everyone with this eye color has a huge intelligence, but even with brown eyes,your brother can take almost one hundred points on every subject, leaving him almostthe same as purple-eyed people. – She says, with a noticeable air of superiority.

- Your powers are only gonna have any effect if you train them... if you want to, you can have a normal life with your yellow eyes. Although in some areas it’s illegal to train your eyes, it isn't here in Japan.

- That's cool! What powers do I have? – The curiosity is marked on her face.

- Well, all eyes are separated in three different powers. Think that you have power number one, two and three, number one being the strongest and three the weakest. The three powers of the yellow eyes are “Luck”, “Sharp Senses” and “X-Ray”. If for you all of that happened last night, your number one must be “Sharp Senses”... oh, I’m so happy... your grandfather is gonna get even happier! He was so disappointed that I didn’t inherit his powers... I'm calling your dad.

- Okay... and I hope bro gets safe to school... – Still happy for finding out about her powers, she looks at the house's door, imagining how her brother would be at that moment.

All of that should be too much information for an eleven years old girl, but Kin has always been one, two or three steps ahead of her age. Kin was happy with her potential, but she got a bit sad to think that her brother had no powers. She started to think a bit more about her family. If her mother, father and brother have the brown eyes... she really is quite lucky to have yellow eyes.

Meanwhile, there are 10 minutes left for Mitsuo’s class to start, and he’s stuck with a dilemma. Left is the shortcut, at which if he runs, he can get at school within five minutes, but goes through an odd neighborhood; and the right path, in which he passes through two blocks, avoiding the neighborhood – but it would take 10 minutes running to get to school.

“The test is on the first period, I have no choice. I'll have to get that shortcut.”

He turns left and starts running straight to school, but the air seems to get threatening. Mitsuo feels that something bad can happen at any time. The neighborhood's homes are all at a precarious state: broken windows, corroded wooden ladders, destroyed gates. Mitsuo was paying so much attention around him that he didn’t notice what stood right in front of him, and ends up bumping at a stranger that immediately pushes Mitsuo away and pulls a knife from his back. Stunned, Mitsuo looks at the stranger’s face. A murderous aura emanates from him and his glowing red eyes.

- I'm sorry, sir, I really am! I'm late for school, can I pass through, please? – He says, bowing at the unknown man.

- I saw you running through, and had already decided to let you pass if you gave me some changes... but now you got me pissed. I won’t simply let you pass like that, empty your pockets or you’re never going to school again. – The stranger takes Mitsuo by his collar and lifts him up.

- What is a... let's see... fourteen years old boy doing here? Are your grades worth more than your life now? – He says, while getting the knife close to Mitsuo's throat.

Mitsuo freezes with fear. He can't find a way out. 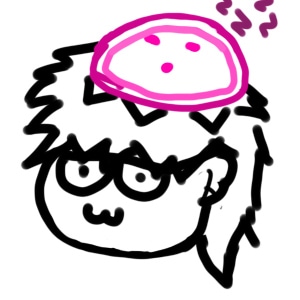 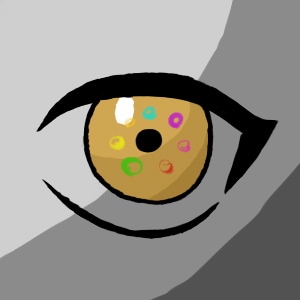 Mitsuo is part of the 75% of the population that has brown eyes, the other 25% are composed of people with different eye colors, with different powers for each color. Mitsuo has a sister, Kin, who has yellow eyes, one of the rarest colors, one day the two are captured by a company that aims to create a team where all the members have eyes of different colors, this ends up revealing the secret past of the world they live in.
Subscribe 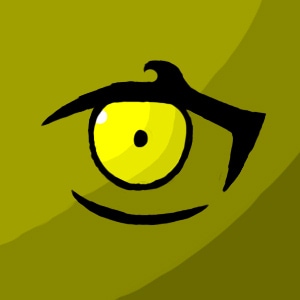