John McCain has succumbed to brain cancer at the age of 81. One of the most powerful voices in the U.S. Senate, with a big personality and an enormous commitment to his country, his shoes will be very hard to fill.

McCain’s life was very much defined by his military career and experience. He graduated in 1958 from the U.S. Naval Academy at Annapolis, both his father and grandfather having been academy graduates and four-star admirals.

Among the most defining events of his life was his October 1967 capture and subsequent 5 ½ year imprisonment after being shot down over North Vietnam. He was held in the infamous “Hanoi Hilton,” kept in solitary confinement for two years, and regularly beaten and tortured until his release in March of 1973. Despite his severe injuries, however, he would not accept the early release offered him by his North Vietnamese captors, refusing repatriation before POWs captured before him were released. He retired from the navy in April 1981 as a captain, having received a bevy of military distinctions: the Silver Star, 2 Legion of Merits, the Distinguished Flying Cross, 3 Bronze Star Medals, 2 Purple Hearts, 2 Navy and Marine Corps Commendation Medals, and the Prisoner of War Medal.

After leaving the navy, Senator McCain’s courage continued to express itself in his work within the U.S. Senate. As U.S. senator from Arizona from 1987 until his death on August 25, 2018, he fought hard for campaign finance reform within the U.S. political system, co-sponsoring legislation with Democratic Senator Russell Feingold that eventually yielded the 2002 Bipartisan Campaign Reform Act. McCain opposed all money influences he saw as corrupting the integrity of American democracy, which included so-called pork barrel spending (allocating government funding to local projects in return for the political support of a local politician).

While McCain was Republican in affiliation and generally voted along conservative lines, he broke with his party on issues he considered critical to the country. Most notably, he was the deciding “no” vote in Donald Trump’s July 2017 effort to bring down President Obama’s signature Affordable Care Act (which had begun the enormous political effort to deliver healthcare to all Americans).

When hearing of McCain’s diagnosis, President Barack Obama quipped admiringly: “John McCain is an American hero and one of the bravest fighters I’ve ever known. Cancer doesn’t know what it’s up against.”

And when one year later, McCain decided to stop cancer treatment just shortly before his death, Massachusetts Governor Charlie Baker expressed what many feel:  “Senator McCain is a quintessential American — his lifetime of service is filled with acts of bravery, kindness, perseverance, and self-reflection. Like so may others, I admire him greatly and am deeply saddened by this news.”

Indeed, Senator McCain inspired that kind of admiration and gratitude on both sides of the American political aisle.

What does the loss of McCain mean to America and to the world?

McCain was one of very few Congressional Republicans willing to push back on policies of the Trump administration that even many Republicans consider damaging to the U.S. and to U.S. standing in the world (though most expressed that sentiment only in private). While John McCain often gave others courage, he often simply provided the issue and policy advocacy that others could not or would not. And as his health waned, the political voice of Republican friends such as Lindsey Graham grew much weaker.

McCain also served a critically important function in foreign policy, as tweeted out on September 1st by Josh Holmes (former chief of staff for Republican majority leader Mitch McConnell):  “A practical reality of the loss of McCain is that we basically lost a permanent Secretary of State. It’s impossible to emphasize how significant a role McCain played (right to the end) in America’s foreign policy.”

During McCain’s 2008 U.S. presidential campaign, I had the opportunity to hear him in conversation at First Parish Church in Harvard Square, Cambridge. On that occasion, I asked him why — given his particular commitments and maverick-like reputation — he was not running as an independent. His very sober reply was: “No, it is my intention to reform the Republican Party from the inside out.”

As his time grew short, Senator McCain expressed more and more clearly how he felt that was working out.

Last year, on July 24, 2017, soon after his diagnosis for the aggressive brain cancer glioblastoma, McCain returned to the Senate for the debate on Obamacare. From the Senate floor, he spoke to his Republican colleagues about what he felt was a broken Senate:

He went on:  ““We’re not getting much done apart. I don’t think any of us feels very proud of our incapacity. Merely preventing your political opponents from doing what they want isn’t the most inspiring work. There’s greater satisfaction in respecting our differences but not letting them prevent agreements.” 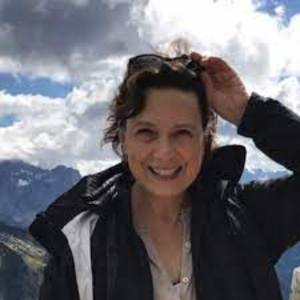 John McCain has succumbed to brain cancer at the age of 81. One of the most powerful voices in the U.S. 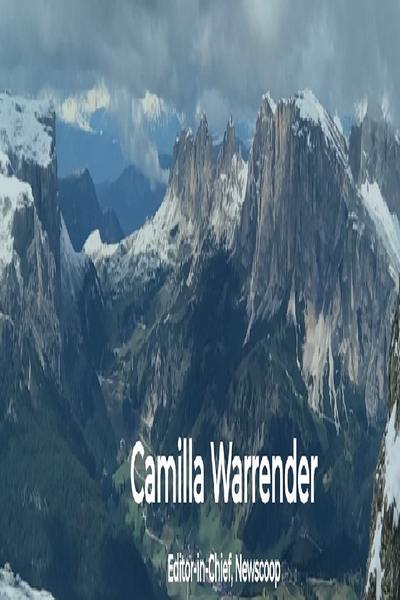 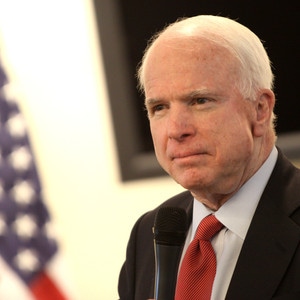