Chronicles of Medjan: Adventurers of Tamis

Tamis, the capital of Eastern Breta, is the largest city in the Teuden Kingdoms, with almost 100,000 inhabitants. Adventurers from all over the world come to this town hoping to be recruited by some far-famed guild.

Performing solo quest is not only dangerous, it is also time consuming. Joining a guild can make the job easier, but most of them do not accept new members easily. And for wandering adventurers, creating a guild from scratch takes a lot of work – and registering it too expensive.

“Greetings Great Tamis! How good it is to see you again.” A young but experienced adventurer admires the metropolis she hasn't seen in years. “Finding a new guild will be easy for an experienced adventurer like me.” She thinks, as she walks confidently through the crowded streets of the capital towards the Square of Heroes.

The square was built in honor of all the adventurers who gave their lives doing quests. In the center of it is the Landmark of Heroes, a monument with platinum-coated statues of a warrior, a scout and a mage. All in combat position.

In this square are also located the bank where the adventurers deposit the payment from the missions carried out, the headquarters of several renowned guilds and the Council of Guilds. The CG is the organization responsible, among other things, for registering guilds and adventurers and forwarding missions. Adventurers from all over the Six Teuden Kingdoms come to this place in search of a guild that will accept them.

“I remember the first time I was here looking for a guild. The three of us were so young.” She remembers when she left her village accompanied by two friends in search of the dream of becoming heroes. “We spent three days approaching adventurers until we were accepted. If it weren't for Lendor, we would have starved here as street children. But this time it will be different.”

“It can't be! Nothing has changed. I've been here for three days now and I couldn't convince anyone to recruit me.” Our heroine was exhausted. Her tanned leather armor was completely dirty, her light brown hair looked as if it hadn't been combed in days, and her almond-colored eyes had deep dark circles that stripped off all their shine.

The sorceress sits on the floor of the busy square, propping her back on the edge of the Heroes' monument.

“No… something has changed since the last time. Now I'm alone.”

When her hope was wearing thin, as well as the rest of her money and supplements, a familiar voice brought her out of a state of melancholy.

“Brigie!?” An old acquaintance calls for the name of our heroine, who had her head lying between her arms crossed.

“This voice!” She slowly raises her head towards the man who called her name.

After a few seconds without any sketch reaction, the elemental mage jumps over her friend, grabbing his neck and crying of happiness. She believed she was saved now. Despite being a dimacheer (1), Howell did not have a very athletic physique. The swordsman is the same height as Brigid, with short brown hair and dark brown eyes. He wore a light armor – a brown leather waistcoat over a white shirt and an exotic belt around his waist.

After the outbreak of happiness, Howell buys something for his friend to eat and they both start talking more calmly.

“So you were back in Pasard?”

“Yes. I spent the last two years studying with the master... Everyone is concerned about you, Howell. You haven't returned to the village since the day of Medeya’s burial.”

“I was very busy with the guild's missions. I'm sorry…” The dimacheer looks away while trying to explain himself.

“No need to apologize. You saved me now. I was worse than the first time we came here. I was worried that I would have to go back to Pasard without being able to join a guild. I'm glad you showed up.”

“No…” Howell looks away again. There is something he seemed to be hiding.

“Come on, you bastard! Do you think I'm not good enough for your shitty guild?!”

Brigid rocked him by the collar of his shirt. But the dimacheer swordsman with adamantine nerves showed no reaction.

“Just because you're bronze (4) now you think you can snub an old mate?!”

“It isn't about that…” He continues to respond in a dry and guarded way. Something typical of his personality.

“It will be amazing for us to be together again. Like old times. Convince your guild leader to accept me now, you damn!”

“You know that… I… don't like asking for things or owing favors… especially to that man…” The swordsman whispers this last part.

“I don’t care!” The mage speaks with an irreducible smile on her face. “Will you talk to him or will I go and talk about you to the entire guild!”

“You would not dare!” A mixed expression of disbelief and concern came over Howell's face. For the first time he was showing some emotion.

“You are too cruel… Why are all the users of primal magic I know like this?” The dimacheer thinks while remembering his guild leader, an elemental rogue. “It must be because they use so much wild magic…” he concludes aloud.

After agreeing to convince the guild leader to accept her, Howell takes Brigid to the tavern where the members were.

“You finally came back from the bank, Howell. The tavern owner was starting to think we were going to default on him.” Baldos, a stout middle aged paladin goes towards them. “And I see that you found a friend!”

“She is a teammate from my former guild. She wants to join R&D.”

“So I better go and call the boss…”

Both sit at the table where the guild members drank while the bald warrior goes to call the guild leader.

Everyone is curious about Howell's friend. Because he is too reserved, everyone saw an opportunity to learn more about his past.

“Was he always that quiet?” Ruben, the sympathetic animancer (2) asks.

“What kind of woman does Howell like?” Darneth, the forest elf with golden dyed hair questions.

“I think black-haired elves.” Brigid teases. She seems to be enjoying the joke.

“Does he have a secret craze or shameful childhood story?” Bilos, the Viking dwerg (3) with long beard and whiskers interrogates.

“Actually, there is…” The mage puts her hand on her chin. She seemed to recall some curious story.

“Are you guys dating?” Asks Sarina, the big and romantic knightwoman.

“This is a great question!” A young man dressed as a corsair interrupts the interrogation when he enters the hall accompanied by Baldos. He has long, reddish hair and brown skin like the inhabitants of South Emeria.

“My name is Fayir Velas. I am the leader of R&D.” The rogue greets the sorceress.

His green eyes contrasted with his crimson red suit. Their color was olive green – like a fayalite, the precious stone that gave his name.

“Mr. Baldos told me that you want to join us. I particularly have no objection. Even more being a recommendation from Mr. Howell.” The young leader of the guild spoke in a very formal way, especially to a former pirate. “I see that you are a sorceress, an elemental mage. But you don't carry a wand or staff…”

“I use this medallion as a focus for mana.” Brigid shows the pendant of the amulet that was under her leather vest. Its gem was a quartz.

“I intend to do the selection test for beryl degree soon.”

“So will I be able to join your guild?”

“There is no problem for me.” The paladin agrees, lifting his mug.

“So it's decided. Miss Brigid Brigans will be part of the offensive team of the Ruins & Dragons guild. Toast!”

The partty continues to drink to celebrate the new membership. When the celebration ends, Brigid stays to sleep in the same hostel as the rest of R&D members. She shares a room with Howell, who until then always slept alone. He lies down on the single bed while she sleeps on the floor covered with sheets and a hay mat.

“No it's not! You liar!” Brigid's sudden cute expression takes Howell by surprise and elicits a small smile accompanied by a short, low laugh. “I just wanted to thank you. I am very happy. I came to Tamis in search of a new guild, but I never imagined it would be the same as yours.” She speaks as she looks at the peculiar birthmark around her wrist. “Perhaps it is true that the three of us had our destinations connected.”

Brigid's words made the dimacheer swordsman take time to fall asleep. He reflected on them as he looked at his arm that had the same birthmark as his mate.

Meanwhile, in the elvian city of Lorenen, in Teudland, a group of elven priests clash with a mysterious figure who suddenly appears inside their sanctuary, interrupting their prayers of the night watch.

“Who are you, human? How dare you invade the sanctuary of the Goddess Eria?” One of the priests questions.

“We will kill you if you don't say how you got here!” Another one, more rabid, threatens her.

“Where are the older priests of this temple?” The mysterious woman finally speaks.

“Don't tell me you're a worshiper of the Moon Goddess? Your lies will not free you from death.”

Before the priests could attack, the invader conjured up an ethereal entity: the Goddess Eria herself. The deity nullifies the powers of her priests and begins to attack them.

“Are you… are you some kind of greater god?” A dying priest asks to the conjurer.

“Gods don't exist… Soon you will wake up from this dream. So sleep again.”

The conjurer leaves the temple and walks quietly through the city streets, bathed in moonlight. She raises one arm and stares at a peculiar birthmark around her wrist.

When she finishes to stare at this, she whispers to the wind:

“Soon, we will all wake up from this dream.”

3. Dwergs are a breed of gnomians who live in the north of Keratea. They are also known as dvgar or dwarves. 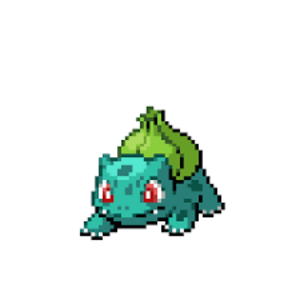 The Sorceress Brigid Brigans is back in Tamis, looking for a new guild. 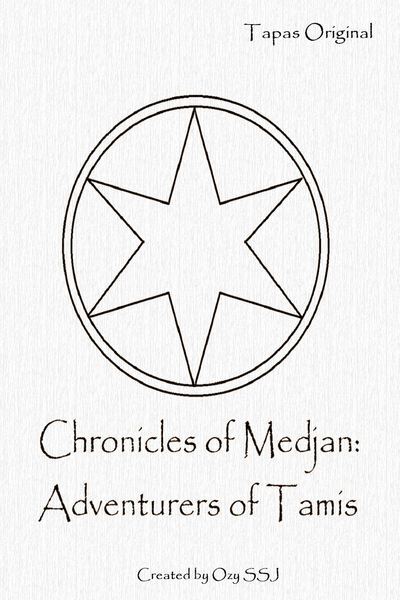 Chronicles of Medjan: Adventurers of Tamis

Ruins of empires long since collapsed, dragons ripping the skies with their wings and spitting columns of elements.
Medjan is a plan full of adventure and magic.
This chronicle follows the journey of Brigid Brigans, a sorcereress adventurer from Tamis and her mates from R&D Guild. 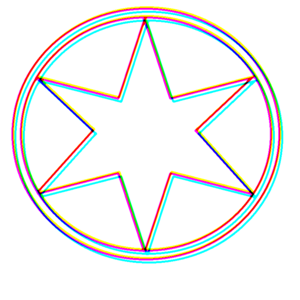