I quickly sat up from my bed and slammed my hand down on my alarm clock. I sighed and rubbed my eyes before smacking my cheeks to wake me up. It was five in the morning and I had chores that needed to be done before the sun came up or Mother Meredith would be mad at me and I didn’t want to have to deal with whatever punishment she came up with. I just wish I had gotten more than four hours of sleep but lack of rest was nothing new to me.

I tossed my raggedy covers off my body and let my feet touch the cold hard concrete floor. My room was in the tiny basement and I shared it with the washer and dryer. It used to bother me but over the years I had gotten used to it. I stood up from my creaking bed and made my way to one of my boxes of clothes. I shifted through them until I found a long dress and a secure bra for the day. I slipped on my house shoes and made my way up the steps and out of the basement.

I made sure my steps were light so that I wouldn’t wake up Mother Meredith of my two stepsisters, Caroline and Genieve. I got to work dusting down every surface, even if it didn’t have dust, I took no chances. I then cleaned out the fireplace and replaced it with fresh wood for the day. I then went about cleaning all the windows, inside and out, before re-emptying all the trash bins. I went about putting things back in their proper place before I swept and mopped the entire house.

Once I was done with those things I started on breakfast and made sure there was coffee and tea ready. I made eggs, grits, and biscuits for breakfast and served up each plate before setting them on the table with coverings to keep them warm. I looked at the clock on the wall and saw that two hours had passed and that my family would be down to eat in a few minutes. I sat down the extra food, with covering, just in case they wanted more. I also made sure the hot coffee and tea were on the table, next to the orange juice and freshwater.

I heard the sound of feet and knew they would be here in a few seconds. I stepped away and stood against the wall with my hands interlocked behind my back. I stood up straight and kept my eyes pointed ahead. As all three of them entered the room, talking and laughing, still dressed in pajamas, I didn’t budge a muscle. The smell of the food had my stomach twisting for something to eat but I ignored it and waited for the clear so that I could go and finish my chores.

“Cinderella, the bread is a bit dry.” Mother Meredith tisked before dropping her biscuit on the freshly clean floor. I bit the inside of my jaw in irritation but showed nothing on my face or with my body.

“Like her personality!” Genieve laughed and Caroline joined her in poking fun at me.

“Clean up the mess and finish your house duties.” Mother Meredith waved her hand and I quickly cleaned up the mess she just made before going out the back door.

Once the door was shut behind me I looked up at the morning sky and took in a deep breath before closing my eyes and letting the light breeze brush past my skin. It was a moment of peace before my mind alerted me to the fact that I had actual work to do. I opened my eyes and scanned the back of the house. I had recently been tasked with restoring it back to glory but the last time the backyard had been beautiful was when my mother was alive. That was five years ago so needless to say the job wasn’t an easy one.

The backyard was a decent size and the grass had grown as tall as one's knees. There were vines and weeds that had wrapped around the fencing and other items left back here. There were dead flowers and empty flower pots just resting in odd places in the yard. I had spent most of yesterday collecting trash and throwing it away before I could even cut down the grass.

I went around today and did the same thing today but this time I dragged all the bigger items to the huge waste bin that was a bit down the road. It required a lot of back and forth but I did it anyway for the next two hours. Once that was done I tossed sticks into the waste bin before going around and pulling up the dead flowers and weeds to toss out. I believe this to be a tedious job as well because there were so many dead flowers and weeds.

I grew tired after nearly four hours of pulling and sat down on the back doorsteps. I was hungry and thirsty but I wouldn’t be allowed food until dinner time and that was only scraps of whatever I could sneak back to the basement with me. I couldn’t get water from in the house unless everyone was gone or else Mother Meredith would belittle and punish me for wasting resources on the likes of me. She would rant and rave about how she had to pay to keep the house running and I was too scared to point out that she was living off my father's death money.

She only allowed me to bathe twice a week and it had to be under eight minutes or she would yank me out wet and naked and drag me down to the basement, locking me in until the morning time. Then she would smack me for being late on my chores even though it was her actions that caused me to be late. It was a dreadful experience but I had managed to find a rusting water pipe on the side of the house and would use it to wash up and collect water from. The water came out pretty clean and I figured if I died from drinking it then it would be better than this living hell, but most of the time I stuck a bottle of water when I was making dinner.

I listened in the house to see if my family were near the backdoor but I heard nothing so I quickly went to the side of the house, turned on the pipe, and took a few gulps of metal tasting water before turning it back off and heading to the backyard. I went back to pulling weeds and dead flowers and tried to move as fast as possible but my tired body couldn’t go as fast as I wanted it to.

“Cinderella!” Mother Meredith screamed and I jumped, turning around and seeing her standing in the doorway. She motioned me to follow her and I did without a question.

We stopped by the front door and she pointed to a box of clothing on the floor. I peaked at them in confusion because they were too cheap to be Mother Meredith’s clothes or her daughters. I also found it hard to believe that she would get me new or in this case, old clothes to wear when she didn’t even let me partake in basic hygiene.

“Frank from the butcher shop dropped off some of his kids and wife’s clothing to be fixed up. So go clean your disgusting hands and get to work sewing them back to good. They paid good money to have them done right so don’t fuck this up or I’ll beat you until you beg me to stop. I don’t need your laziness messing with my income.” Mother Meredith warned before walking away, her heels echoing off the walls.

I sighed and picked up the box of clothing, carrying it with me to the basement. I knew I wasn’t allowed to clean my hands with water so I settled on wiping them off on my dress as best as I could. I pulled out my sewing kit from under the bed and sat on the floor next to the box of clothes. I pulled out the first item and it was clear it was meant for a child but it had little holes in it that would be easy for me to fix.

Sewing was always easy for me as my mother had taught me how to sew and make stuff from the age of six until she passed. Then after her passing, I still continued to sew for my father and make little items of clothing for myself or to sell to the other people in town. That was how people in town knew that I could sew and make stuff because before Mother Meredith was in the picture I had already made a small name for myself. Plus the pocket money was good, but now it all went to Mother Meredith now.

I hated that she took the money but never fought over it in fear she would take my sewing items. They were the only thing of my mothers that remained and they meant the world to me. So I focused my attention on sewing and the memories of my mother. 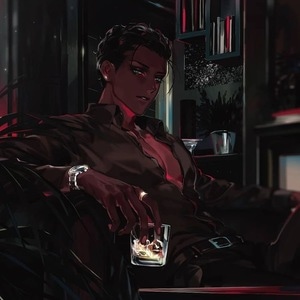 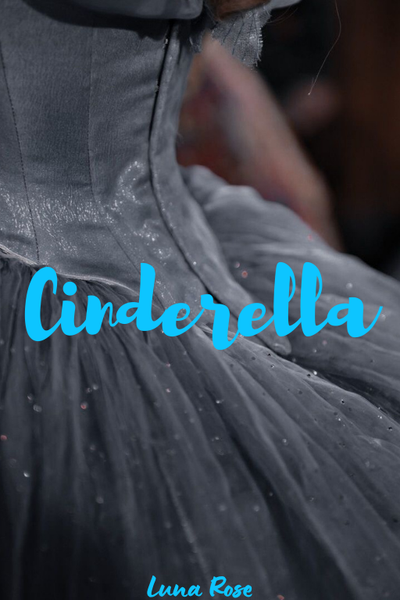 Cinderella had lost everything and was subjected to a living hell. She only had her hopes and dreams to keep her head above water but when the reality that she may never get what she wants crashes in she risks drowning in her despair.
Subscribe 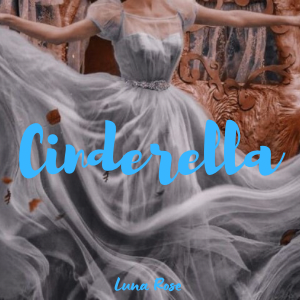