Lyse sat on the front steps of her little cottage, a stack of books beside her. She had read each one through what felt like a thousand times but there was little else to do. She was waiting for her father's return. He was late of course. He'd often get held up whenever he went out to the city. The city. Lyse burned with curiosity about it. It apparently wasn't far but she had never seen it. She'd never left the grounds around the cottage. Over the years the thick hedgerows surrounding the grounds became less comforting and more like suffocating prison walls. Her father wasn't here. She could easily slip out the front gate and have a look around. But she wouldn't. Whenever he had warned her against leaving there was an urgency in his voice, a fear, that wasn't normally there. He never said it directly but there was something out there that made him fear for her. She knew he was capable, very capable. He was a master enchanter whose skills were always in demand. Something that could scare him was definitely something to stay away from. So she would stay at home as instructed, alone. Bored and desperate for a distraction she opened one of her well-worn books and started to read its familiar words once again.
Lyse woke suddenly. She'd fallen asleep with a book on her lap while waiting. The setting sun cast long shadows across the cottage's garden shrowding everything in unwelcome shadow. It had gotten very late. He'd normally be home by now. Setting aside the book Lyse went to the gate and peered at the static scenery beyond. There was no sign of him. There was no sign of any movement beyond the gate. The view outside had the same eerie stillness it always had. Her father had always described it as peaceful, she disagreed. It had always been unsettling. Imaginary scenarios of what might have happened to him out there ran through her mind. Her ignorance of what lay outside her small home only fueled her worry. What was she to do if he never came back? He was the only person she had ever known.
Hesitantly she pushed on the gate. It was locked. Of course, it was locked, it was always locked. Why wouldn't he lock it? Part of her felt relieved to have a choice she didn't want be removed. Part of her worried even more. And a deep, desperate part of her screamed at her to escape this prison of a home, to see the world outside and all its dangers, to find her father. As the sun slipped below the horizon her worry slowly evolved into panic. He was an enchanter, he had ways to send her a message. The absence of a little paper bird with a note written on it, his favourite way to send word, all but confirmed something had happened. She threw a rock over the gate and watched it bounce off something invisible. Her father's barrier still held strong. But that didn't mean he was okay. Enchantments often outlived their enchanters. The only gap in the barrier was the locked wrought iron gate barring her passage to the rest of creation.
She didn't know much about the world outside but she knew the cottage and its grounds. She knew every stone, had studied every leaf and every blade of grass her tiny world had to offer. Even the thought of being trapped here in this stale space without that breath of freshness that her father brought with him was almost too much to bear. With renewed purpose, she pulled and pushed on the gate, fruitlessly attempted to pry open the lock with her fingers. And with a cry of frustration, she flung her fragile frame at the thick iron gate. A small preteen girl shoulder charging a sturdy metal gate should have been a quick route to injuring herself. Should have been, instead, she smashed through the gate. It splintered and shattered not with the sound of clanging metal but the tinkling of breaking glass. The world beyond the gate vanished, the still scenery was gone the moment she crossed the threshold. There was no sky, no ground. Lyse was falling, plummeting through nothing. Screaming she fell.
The ground's reappearance was abrupt and painful. It was painful yet somehow no more painful than falling off the cottage roof. Bruised and hurting she picked herself up and looked around at her new environment. Somehow she was indoors, in a windowless wooden room with only one door. The furniture was strange; it was all carved stone, pieces of dark green glass, woven ropes of silk and sculpted bones. It had all been thrown about and ransacked. As Lyse examined the broken remains of a bone chest she realised she had been mistaken, the room wasn't made of wood at all. It was carved into a massive solid piece of bone. It was strangely warm to the touch. Odd, unfamiliar objects filled the room scattered among the debris of the broken furniture. But one item caught her eye, it was stashed up in an alcove carved into the wall. It was a glass sphere, like those snow globes she had read about. But there was no snow in this one, only grass, trees, hedgerows and a very familiar cottage.
"What...?" she murmured to herself, unable to fully process what she was seeing. Her attention was pulled from the object by the sounds of footsteps and urgent voices. Someone was coming. 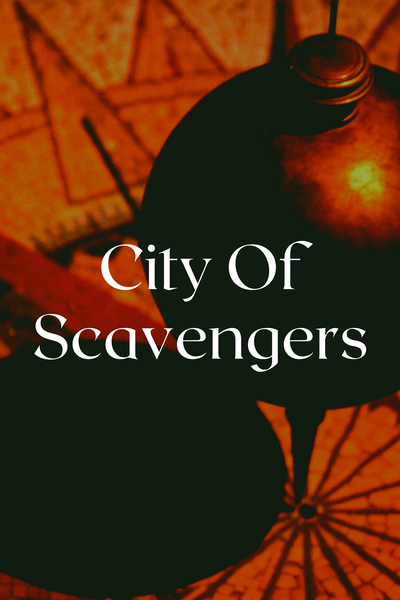 A young girl must search an unfamiliar and nightmarish city for traces of her missing father. Lost and confused she must navigate the city of Sacrum, a place of strange and dangerous creatures forced by circumstance to tolerate each other. It is a place filled to the brim with the hungry and the desperate, a place perpetually on the precipice of collapse. But the secrets Lyse holds may send the city into chaos.
Subscribe 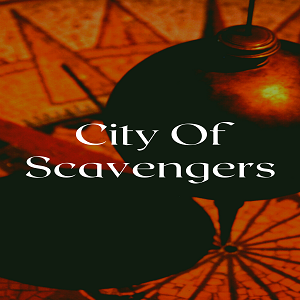