When I say it's fake, I mean it's fake. There are no strings attached behind that promise, but it's difficult to establish the difference between what's real and fake because:

"I got us movie tickets to watch Spiderman this Friday." Beomgyu hands me one of the tickets in his hands, "Don't lose it. I used my part-time earnings to buy these."

I stare at him blankly, "You do know my brother is going home this Friday. He won't be able to watch with us either way. "

"This isn't for your brother though." He smiles.

"Choi Beomgyu. You've never watched a single Spider Man movie in your life. If it's not for my brother, then who is it for? You?"

Beomgyu averts his gaze as he delays his answer, humming his small tune, until the question is forgotten again, "I think we'll have fun this Friday."

I don't lose in a game of stubborness though, so I hand him back the tickets, insisting for him to get a refund, but he wears a pout on his face, and to be completely unfair he's looking up at me with those eyes I can't seem to ever refuse. So I don't.

I sigh in defeat taking the tickets back, "Fine. I'll go."

For a month and a half now, Beomgyu has agreed to fake-date me all for the sake of reassuring my overprotective older brother who's recently moved away to pursue his career.

He's been the only present guardian in my life, and he has always worried about how I wouldn't make it on my own.

My brother may have been right about everything, but he doesn’t need to know that.

All he has to know is that I have a loving boyfriend to take care of me, except you know - I don’t exactly have a boyfriend.

There is my neighbor Choi Beomgyu though, who happens to be either too nice for his own good or is simply insane enough that he agreed to get involved in such a ridiculous act.

I like to think it's the latter, but it can also be both. He has, as I like to call it, a kind-hearted insanity.

"My brother left this morning."

Friday comes quickly, and after a month of pretending, my brother is convinced enough to leave again with a renewed peace of mind.

Although, Beomgyu insists on going out to the movies despite buying the tickets upon my brother's suggestion. He seemed to enjoy the production at the very least, even if he questioned everything else about Spider Man's lore.

"All I'm saying is if I was Spider Man I'd be so smooth. Like, imagine how cool I'd be. We wouldn't be late to school anymore. One swing, and we'd arrive before homeroom. I'd be able to sleep in more. You'd have more time to eat your breakfast." Beomgyu rattles on as we walk out of the movie theaters. He's buzzing from probably the gallon of soda we ordered, but between him and I the movie is the last thing on my mind.

The biggest elephant in the room is the question of "what now?" - the cause of my nervousness kept in between our intertwined hands, although I've grown so comfortable holding his hands.

"Today was fun," I admit as I loosen my hold from Beomgyu, and as naturally as I can, I slip out of his hands. Apparently it isn't natural enough because he notices immediately. The look of betrayal in his face makes it seem like I murdered a generation of his family. I've only let go of what I've needed to let go.

"Are you... okay?" Beomgyu asks as he steps out of the flow of people still exiting from the theater.

I step off to the side towards him, feeling the judgment from his eyes, but it's uncalled for. "Yeah, what's up," I feign innocence, but Beomgyu isn't buying it.

"What is it? Are my hands sweaty? Did I hold onto you too tightly?"

The last question makes me wince. It's exactly that. He's holding onto me too tightly when I never asked him to.

Beomgyu continues to look at me with those pleading eyes. I hold my breath as if it would help resisting their power, but it's futile.

I sigh and look back at him with the same sincerity he's always looked at me with, "My brother's gone. Isn't today the end of this whole act?"

My admission makes Beomgyu withdraw from where he was standing, and his expression becomes unreadable. "I thought—" He begins, but he swallows what he can't say.

Beomgyu withdraws again, hurt visible in those eyes, "No. I thought this was way beyond an act. I thought there was actually something between us Y/N. You can't tell me otherwise."

"Beomgyu, you of all people should know. You know me. You've known me. I can't make empty promises. The person you've known for the past month is the only person I can offer you."

Beomgyu scoffs and looks at me as if I've grown two heads, "And when was that ever a problem? Y/N I've known you my whole life, but I've never felt I've truly known you until you reached out to me a month ago. Yet here I am. I still care for you."

I stand silent, and suddenly his words sound like lies, sharp and metallic. It makes my head hurt.

"An abuser of the facts," I deadpan.

Beomgyu rolls his eyes, "Now I'm an abuser. You're hurting me Y/N."

"I told you. This is the only thing I can offer. Hurt."

Beomgyu holds another breath, swallows another sentence, before he finally looks away. He loses. I win, but my victory is lonely as I stand unable to do anything in front of him.

Beomgyu let's go of his lips, that's red and swollen from him biting back everything he seems to want to say, before looking back to me with his glassy eyes, "The only thing hurting me right now is the fact that you can't see your worth Y/N. You are everything and so much more, can't you see that?"

"I'm nowhere near close to believing anything you're saying Gyu."

Beomgyu lets out a sigh, in defeat, his shoulders dropping, as he steps closer, before taking my hands back into his again, each pad of his fingers pleading and who am I to refuse? I let him hold me.

"You don't have to believe me. You really don't." His fingers draw circles in mine, "But I'll keep telling you that you're worth everything in this world, and I'll want to keep telling you. If you'll just let me."

I look down at our hands, lightly swinging it between us. "I'll keep hurting you." I warn.

He steps closer though, "You will, but you can't kill me, you know."

"I won't be able to spend time with you on days I can't even get up from my bed." Another swing.

"I'll come over. You literally live next door."

"I'll be afraid of everything new you bring into my life." Another swing, but Beomgyu stills our hold before smiling up at me.

"I'll be there to hold your hand."

"You're making this harder, Gyu."

He cups my face in his palms, "I hope I am. Let me be the most difficult thing in your life."

"You are difficult." I give in and relax my cheeks in his hold.

"Can I care for you? Can I hold you like this when you need me? Can I love you like I've wanted to, Y/N?"

It's hard to say no to Beomgyu's eyes alone, but his hands make it harder, his words make it impossible.

He leans closer, resting his forehead against mine, his lips ghosts over mine. It's becoming harder to hide how much I've wanted to say yes to him this whole time.

So just like with everything else about Choi Beomgyu, who am I to refuse?

"I'll love you first then." I admit as I lean into Beomgyu, returning the only thing I've ever been able to return.

Beomgyu's lips touches mine in chaste, with patience, but just as he is they are full of passion. He pecks the side of my lips one more time before pulling back to look at me.

He sniffles before he breaks out in a choked sigh, both of relief and joy, "Bro, you're making me cry." He smiles despite the tears in his eyes.

I hadn't realized I was crying tears of happiness either, until he reaches to swipe at my cheeks, "Stop, people are going to think we're crazy," I laugh as I reach up to swipe at his cheeks too, a blush blooming on the parts where my fingers meet him.

"We are. We are insane." He blubbers before giving me a quick peck again, "I love you Y/N."

A kind-hearted insanity, I thought.

"I love you too. More than you could ever imagine." 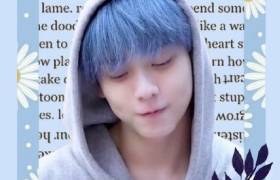 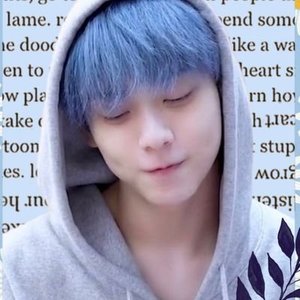 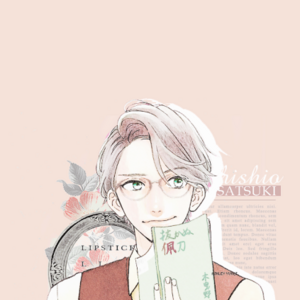 I'm so glad you're posting again 🥺 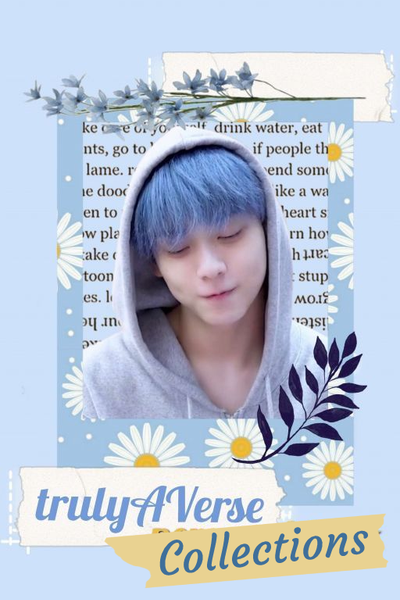 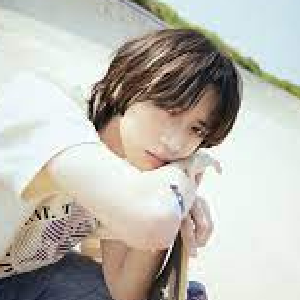