Devils of the Ocean

- Two missed calls to Leigh B.-

“We're sorry, you have reached a number that has been disconnected or is no longer in service.”

I arrived at the windy docks of Kruasas at nine ‘o clock in the morning sharp. I clutched my phone, which contained Leigh’s final messages, in my hand like it was some sort of lifeline.

From the moment we'd met, Leigh Baarda had always seemed convinced she wasn’t going to live a long life. She'd refused to think about the future and lived in the moment, taking great pleasure in the simplest of things like sorting new arrivals at the bookstore where we worked together. She berated me whenever I didn't share her enthusiasm, scolding me to never take the little, peaceful moments for granted.

I squeezed my phone a little tighter.

I'd never taken Leigh’s doom and gloom about her bleak future seriously. I'd scoffed at her insistence that even the boring moments counted — perhaps even more than the exciting ones. But, it seemed like Leigh had been proven right about her own fate after all.

She had abruptly stopped responding to my messages a little over a week ago, after texting me she was heading to Marle. Marle was a small island off the coast of Kruasas and her hometown. I hadn’t understood the sudden radio silence going on… until I found a short eulogy message posted on Leigh’s Instagram account, which made my heart sink and shattered me as the truth sank in.

The post said Leigh had drowned while swimming at night; caught in a strong undercurrent and swept along like a rag doll. She hadn’t stood a chance and to this day, her body had not been found. There was a memorial service today on the 17th of January, at Marle's funeral parlour in her hometown.

I had to be there. I just had to, no matter what. How could this have happened? Leigh knew the sea better than anyone, and she was the fastest and best swimmer I'd ever seen. Maybe she had ended up overestimating herself because she was so skilled. I felt tears stinging in my eyes, and quickly wiped them away.

Leigh had never introduced me to her parents or any of her other family members or friends. I didn't have contact information other than Leigh's out of service number, so the only way I could find out what exactly had happened to her, was to go to her memorial service.

I'd tried booking a ticket online to the small, windswept island, but I couldn't find any vendors selling. After painstakingly clicking through Kruasas docks' website, I finally found a notice that said any ferry headed to Marle only sold tickets at the docks itself. There was no schedule available, and nobody from Kruasas docks' customer service could tell me more, except that the skippers came and went as they pleased. They were not an 'official' part of the dock's services, which didn't bode well. But I owed it to Leigh to try to be there.

And so, I had hopped on the midnight bus and traveled all the way across the country to Kruasas' docks in hope of finding a boat.

At least the docks itself had bothered to put up signs saying 'MARLE FERRY' pointing me in the right direction of the boats heading for my destination. I shuddered in the cold morning air as I made my way to the gently swaying boats. Most of them seemed deserted.

All, except for one.

An old man with a beard that would make Santa Claus jealous napped on the deck of a ship which looked about as ancient as the man. I couldn't claim to have a lot of knowledge about boats, but I was surprised that thing was still floating from the looks of it. There was no immediately visible rust or wood rot, which was truly the only reassuring part about the vessel.

I looked around carefully again, but there really was nobody else here except this Santa Claus skipper. If I wanted to make it to Marle as soon as possible, I didn't have much of a choice but to ask him first.

"Good morning!" I called out to the man, making him wake with a start, nearly fall out of his hammock, and finally glare at me.

We were off to a great first impression. I smiled apologetically.

"Sorry for waking you, but I need a ferry to Marle island. Are you heading that way today? I can pay for a ticket."

Santa Claus sat up and narrowed his eyes at me further. He was clearly not a merry man like his appearance suggested.

"Who's asking? Are you a journalist? Some sort of thrill seeker tourist?" He waved me away aggressively. "Shoo! Scram! We don't need those at Marle!"

I glanced down at the camera dangling around my neck, realising that did make me look like a nosy journalist or tourist.

"No, no!" I held up my hands. "I just like taking pictures. I'm neither of those. A friend of mine recently passed, and I would like to visit her memorial service."

He stood with a groan. His back was still halfway bent as he shuffled closer to me, placing his hands on the railing of his boat.

"A friend of Leigh's, huh?" he asked. He still eyed me suspiciously, but most of his previous anger had vanished.

"I knew Leigh, yes. She knew not to make friends on the mainland, but she did anyway." The man muttered something under his breath I couldn't catch, then went on. "That means you must be Kay, from the bookstore."

"That's me. I'm Kay," I confirmed with a smile, though, I was slightly creeped out by the old man now.

He spoke in riddles. She knew not to make mainland friends? What was that about?

It was true that Leigh had refused to befriend anyone except for me while working at the bookstore. She was always polite to everyone, but kept her distance, never telling anyone much about herself.

She'd been that way with me as well, until one day at the beach. I convinced her to get ice-cream together on our lunch break, and after we'd dipped our feet in the ocean while chatting. It wasn't a special conversation, at least not as I recalled, except for one odd moment. Leigh had asked me to look at the ocean and describe what I saw. I replied 'I see water.'

Hardly an inspiring answer, and mostly meant as a joke. Still, after that day she'd suddenly warmed up to me. I didn't get it, but I was grateful for her friendship.

The man peered intensely at me. His expression had shifted again to pensive. I'd hoped knowing Leigh meant the old, grumpy man would change his mind about me and he'd take me to Marle, but we didn't quite seem to be there yet.

"No. Shut up for a bit and come here on deck, boy," the man said. He let go of the railing and pointed a bony finger at boarding ramp.

I didn't care about his tone at all, but if I wanted that ferry to Leigh's wake, I'd have to swallow my disdain for now. That, and my concern that the ancient boat wouldn't hold out long enough to reach Marle.

I did as the man asked, clumsily walking down the slippery, wooden dock and entering the deck. The old man impatiently gestured for me to follow him to the backside of the boat. He moved surprisingly fast and nimble for his age now that he was fully awake, while I had to be careful not to slip on yet another wet surface below me. The man tapped his foot, waiting for my clumsy ass to catch up to him. Once I had, he pointed at the waves.

I kept staring at him, waiting for the rest of his sentence. It didn't come.

I still wanted my explanation, but it didn't seem like I would get one. The man raised a brow at me as if to say "well? get on with it!" With a small sigh I did as he said again.

I looked at the water. The waves that seemed higher than I'd like for a ferry ride, boats far away in the distance. Islands even further away. Maybe one of them was Marle.

"What am I supposed to see? High waves that make our journey difficult?" I asked, turning to face the old man, which made him glare at me.

I turned my attention back to the water.

The old skipper was silent for a moment. He had stepped away from the railing and moved behind me. He was behaving rather strangely, and I was already rethinking my plan to ask this particular man for a ride. There had to be others, too. Maybe they were still asleep and I just had to wait a while.

A few more seconds passed, and finally, just before I caved and said 'never mind about the ferry', the man spoke again.

"What do you see when you look at the ocean?" he asked. "Describe it to me."

A strange jolt of familiarity went through my body. Those were Leigh's words passing the old man's lips. Her words that day when we went to the beach together and she made me peer at the ocean in a similar manner. The exact same words she'd said when she decided to warm up to me and become my friend.

Before I knew it, I'd blurted out the same reply as that day. It felt natural to do it, for some reason.

I turned my head towards the old man, who gaped at me like I'd just performed a miracle by pointing out water surrounding us, while we were at the freaking docks.

I blinked, thrown off. "What? It's unbelievable that I see water?"

The old man shook his head, seemingly changing his mind about speaking. His entire demeanour had changed from grumpy, disdainful, and suspicious, to eying me with something akin to admiration.

"I'm glad you came here, Kay, that's all," he said. "I see why Leigh befriended you, and a friend of Leigh's is a friend of mine. I will be an honour to ferry you to Marle island." 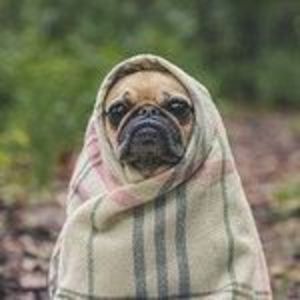 Hello everyone, welcome to Devils of the Ocean and thanks for joining me! I had an amazing time diving into the world of merfolk, and I hope you will have an amazing time reading it! 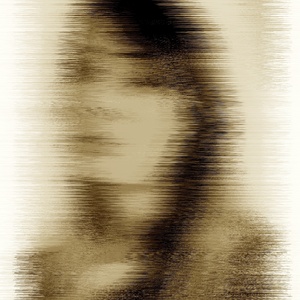 wot I NEED MORE! omg what an epic first chapter, so full of mystery ahhh 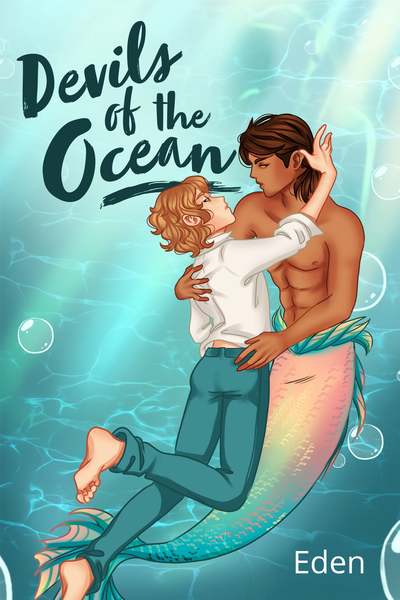 Devils of the Ocean

A boy seeking closure for his best friend's death at her home island finds a lot more than he bargained for. Including an eternal soul bond with a grumpy merman warrior, and a supernatural war brewing in the depths of the ocean.
Subscribe 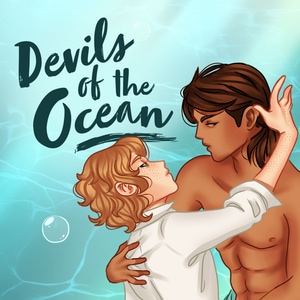