When A’an opened his eyes, he felt something weird happening. It felt as an emptiness in his stomach. There was something missing, he was sure; not in the air, nor in his room, but inside of him. As if someone had ripped something out of his body.

He had dreamed that night, only he couldn’t remember what it was about. It had been years since the last time he had a dream, he realized suddenly. That struck him hard. Not dreaming sounded awful to a boy who once had almost lived in dreams. A boy who long ago had been lost. And why am I now thinking all this? he wondered. It was useless.

A’an stood up, looking through the window to a clouded sky. Taking his time, he dressed up, combed his hair, and was about to take his bag when he remembered —the last day of school had been yesterday. He was no longer an apprentice, but almost a fully formed mage. Maybe that was the emptiness he felt.

With a sigh, he opened the door of his room and saw an exact copy of his face in front of him.

‘I was just going to wake you’, said L’as, with a big smile on his face. It was amusing, his twin thought, waiting until the last day to finally wake up early. ‘Slept well?’

They made their way to the canteen. On the way, they watched the juniors still laden with their books running to the morning lessons. They tried to avoid the seniors, surely afraid they’d cast a curse on them, should they make eye contact. Not that A’an or L’as would have done that, but some of the seniors liked to practice on the poor lot.

The canteen was still packed with apprentices from different years, some gathered in small groups doing last hour homework, others were still too sleepy to pay mind to whatever they were eating. However, in the senior year’s table, there was an aura of expectancy. After all, this was the day they would be receiving their mage staff and be sent away to wherever they were needed.

L’as spotted their friends and greeted them. There was no haste in his steps, because there were only eighteen seniors that year, one of the biggest groups in a century. Even so, there were too many empty seats. Rumors said, in the earliest centuries since the school foundation, people came from every corner of the civilized world to learn magic from the cleverest minds. However, magic blood had become scarce during the late centuries. The propagation of the barbaric tribes had a big role on that, having murdered most of the borders’ population.

‘Did you hear the latest rumor?’ asked N’as as a greeting.

After A’an took a seat near M’isa, a plate of eggs and bacon appeared in front of him.

‘They say the Irvas broke into Teraz’ continued N’as without waiting for an answer. N’as was a tall guy with messy, wavy hair that fell to his shoulders. They had been best friends since the first day of school. He was also one of the best casters of the class, only behind a girl named C’ina and, of course, A’an himself, although he was not the studious type. ‘Things are becoming messier at the south borders.  I hope we are sent to the north’.

‘What? I was just thinking that…’

‘That’s right. You were thinking. What did I tell you about thinking?’

A’an and L’as were openly laughing.

‘I bet my first pay you just jinxed us!’

A’an facepalmed. He liked his best friend, but sometimes he could be clueless. That he recalled, M’isa had never lost a bet, and he doubted she was going to start doing so anytime soon.

‘Can I join the bet?’ he whispered to M’isas ear, well aware of his brother’s stare.

‘Of course, sweetheart’, she answered, then took a spoonful of her porridge. ‘We’ll leave this fool completely broke’.

They spent their last school day outside. Ran Isle School of Magic, surrounded by the Ran River, was no more than an old building, almost in ruins, its glory long past. The last ten emperors had deemed the mages of little importance, even though thanks to them Urhen was what it was today —the richest kingdom in the continent. But, if someone was born with the gift, it was the only place for that person.

As far as A’an could remember, he had always dreamed of becoming a mage, like those of the old legends, fearless men and women who faced demons, and even waged war on the gods. Now he wasn’t so sure. Those tales seemed only that —tales. Devoid of any meaning. He felt betrayed. Maybe it was just a mistake.

With the last rays of the sun, the four of them changed into their ceremonial robes. To A’an, they felt heavy, as if they were made of stone. He looked M’isa in the eyes and found a shadow of… of doubt. Was she feeling the same he did? She took his hand and squeezed it gently. Then he looked away.

L’as was staring at the river, while N’as was looking eastward with his mouth open. A’an looked in that direction and saw a light floating in the sky. No, not in the sky, but above a tower. A black tower that shouldn’t had been there. It was so high, it seemed to reach the clouds. But there was no such tower in the isle.

Come, A’an felt as if he were being pulled towards it. The steps at his side told him his friends had felt the same call.

They entered the woods. Out of the corner of his eye, A’an saw other figures walking in the same direction. They were the rest of his classmates. Suddenly, a flame wounded the darkness. Behind it, others started to burn, creating a path. Without thinking, they approached.

The woods cleared and the Black Tower appeared before their eyes. It was built on a single, solid rock that seemed to reflect the light, or maybe it was glowing with its own light. A hooded figure was standing right in front of them.

‘Be welcome, oh wise ones’ said the figure with a rasped voice. Oddly, A’an thought he had heard that voice once before. ‘In front of you stands the Tower of L’thar’. A shiver ran through A’an’s back when he heard the name. ‘Approach and enter it if you want to unveil its secrets. However, those who are unable to stand them shall be destroyed’.

With that being said, the figure vanished.

Two other figures walked from inside the tower, as if they had come through the walls. They unveiled their faces. The one on the right was a woman in her twenties, with long hair and hard eyes. Her companion was a blond man, with startling red eyes. They stayed still.

Minutes passed, but no one moved. Suddenly, they heard an exasperated sigh and one of the seniors stepped forward. She was C’ina. She walked determinedly towards the figures, magic flowing out of her in such an amount that it made the hair in A’an’s nape stand. She walked between the two mages and, without any hesitation, kept going until she vanished. L’an, who was always alone, did the same immediately.

Others followed them. At one point, A’an found himself passing between the two mages. He knew M’isa had just disappeared through the wall and felt his twin’s presence at his back. He was but centimeters away from the Tower when he knew he had no need of any spell, he just needed to walk through it.

What he discovered inside marked him for the rest of his life. And, when he saw his friends’ eyes once again, he knew they shared the same feeling, but none would talk about it. It had broken something inside them and rebuilt it.

Standing on the roof of the Tower, A’an knew that the boy who he had once been, the one that had walked between the two mages just minutes before, had forever died. Only ten mages-to-be had reached the top.

The two mages then appeared at the edge of the roof.

‘Come and face your fate, C’ina’ said the woman, and A’an knew her name was V’ria.

C’ina walked until she was standing face to face with the woman. V’ria made a gesture with her right hand, and a black staff appeared in it. Then she gave it to C’ina. She whispered something in her ear and, without any warning, pushed her off the roof.

‘Come and face your fate, A’an’, said the man, who was called R’et.

A’an went. R’et made the same gesture V’ria did, and a black staff appeared in his hand, and then he gave it to A’an. He leaned to whisper in A’an’s ear: ‘it’s all done’. A’an was about to speak, when the other put a hand on his shoulder and pushed him. 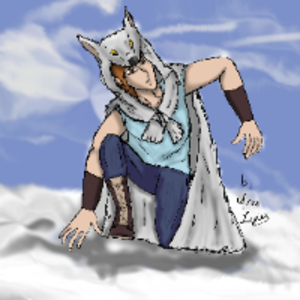 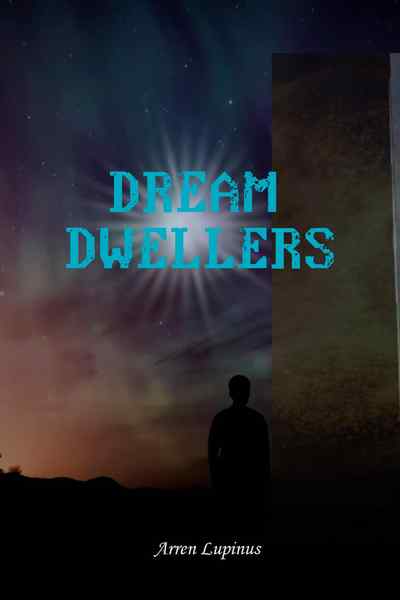 "Dreams are not for mages", they had been told. There is a truth behind those words. A truth that must be unveild. To do so, a group of recently gratuated mages may have to dream again. But what if everything was but a lie? What if dreams are more important than they ever thought? What if dreams hold the key to real freedom? But something dreadfull may be waiting in their dreams. 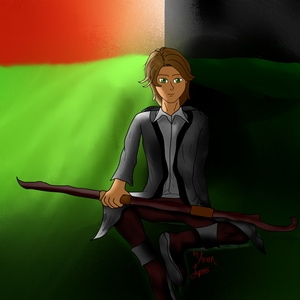