It was long past lit-up water-surface, the empty hallways of the palace lay still. The crown-prince, still inside the enchanted library, is browsing through old, forgotten and dry books and tomes.

„What a fascinating place this even is...„ he chuckles. His bare feet are cold against the stone floor, yet he keeps on walking from shelf to shelf, each more grandiose and ornate with beautiful books. The grantee reaches out for one of his favourite books, one that simply smells of unknown and looks of magic, a great old work that sums up pieces of writing from tens of explorers who, so it says among the messy notes, made it to a land occupied by creatures completely unknown to the merfolk, creatures that were named ”fairies”. A smile creeps onto his lips and he flips through the pages, stopping at his most cherished chapter, where a couple of envelopes, stuffed with pieces of paper hold a great secret. The ink is smudged, the wiring hard to make out, but the few readable words there were enough of a clue to him and the royal librarian to understand one thing: the crumpled pieces of paper there are the key to a ritual. What for, they couldn’t grasp, but the thrill of the unknown is what filled the prince with excitement and curiosity.

His cold blue eyes darted up towards the seal-covered window, to take in a completely dark mass of water that stretched ahead. It is late, so it seems. He ended up spending too much time in the athenaeum again. The throne-heir places the tome back on its designated shelf and heads towards the exit. On the other side of the door is where the magically sealed area ends and where the swap between air and water happens when one desires to enter this goldmine of knowledge. He waits to be enveloped by the magic, as his body gets its original form back and water fills his lungs... his plain legs change to a cerulean tail and scales start blooming up on his frail form.

The door ahead of him opens just as the alteration process is done, a worried maid exhaling in relief: „Your highness! I am so glad to have found you here! Please, her Majesty, the Queen awaits for you at the dinner-table.„ She bows, waiting anxiously for a response.

„Thank you, Noelle. I shall be headed there now.„

No sound perturbs the ethereal silence of the castle corridors on the way to the Great chamber. The prince continues onward, his mind lost in thought, but is brought back to reality as his mother calls for him.

„Dear Matt, you have finally decided to grace us with you presence, I see. Come, join us„ gesturing to the delicacy-filled table, she adds, „Help yourself.„

„Thank you, mother, father.„ Matt politely bows his head towards both of his parents and occupies a seat next to the head of the table, opposite his father. A very awkward silence sets over the dining table...

„Say, Matt, how was your afternoon? No one has seen you around the palace in half a light cycle...„ the King’s curiosity has the best of him. „I was in the library, browsing through books...„ comes the reply from the prince. „Reading those fantasies again-„

„I am focusing on my studies and the teachers are quite pleased with my performance, I promise!„ Matt interrupts the king in a rush to explain himself. „Besides, I believe I’ve found more insight on the ritual-„ he tries to add after a brief pause, always happy to talk about what he enjoys, but is abruptly cut off by his father’s angry booming voice: „I thought I had made it clear, you are not to ever try such witchery or read into it again!„

„I will not have my only son disobey me. You are to inherit the throne, you must be an example for everyone in this kingdom after I pass-„

„Oh, believe me, you still have quite a few years to go-„ Matt grunts, barely audible.

„You must learn to be more responsible and mature. And I trust you can do that without being forbidden to enter that - that dry and awful room.„ The king ends the discussion, slamming his fist into the table. The cutlery clinks and a heavy silence sets over the room. The palace is once again still and quiet.

After finishing his dish, the prince excuses himself and heads up to his private chamber. „I’m too young for this, I should be out, swimming with my friends and having fun, not worrying about taking over a whole kingdom!„ he thinks to himself as he flops down on the bed. „Hm... If I so wish to speak to someone about this, it should be someone who would not dare tell my parents, an outsider of the palace...„ he fidgets with the algae blanket while his brain works trough the small number of kids around his age that he is acquainted with. A warm sensation blooms in his chest as the realisation hits; „Lev. I ought to go out and look for Lev on the cliffside tomorrow.„ With a giggle, Matt makes himself comfortable and peacefully drifts off to sleep... 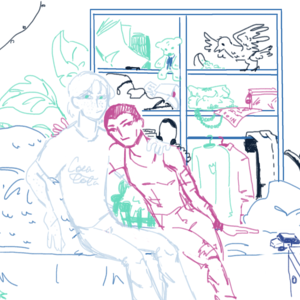 Hello, everyone!! Thank you so much for reading this chapter! It's my frist work, so I gladly accept feedback and please look forward to the next update! :)

Ahhh, I loved the chapter. Cant wait for the next ones!! 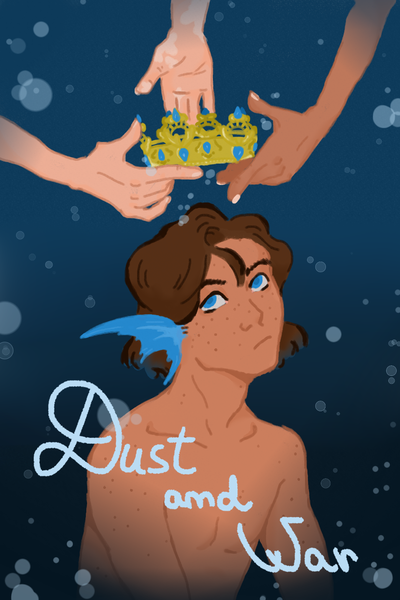 The rebelious crown-prince is hungry for knowledge and exploration, yet his royal duties keep him within the limits of the palace at all times... Will he achieve his dream of discovering the secrets held by his favourite tome or will he stay to take over the throne when the time is right? Will he discover friendship or will he learn responsibility...
Subscribe 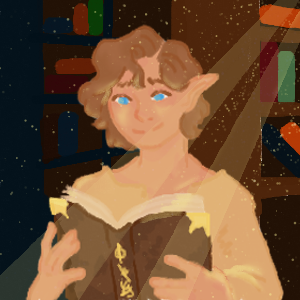