“Ephthal, may we meet again, for I wish the next time we meet, the cards will be in our favor.”

I couldn’t yet wrap my head over everything that was currently happening. Thousands of thoughts were swarming me, like an army of ants attacking people, that dare step foot in their colony. My heart was racing faster than a starving hare, having finally found a patch of grass. Before I had even realized it, everything around me was dark. No, what was around me was not darkness, but nothing. An indescribable thing that cannot be described, without experiencing it yourself. My eyes were open, yet the world was gone. I could feel my body falling, but could like that I wasn’t exactly falling. Before I knew it, I was already unconscious.

“Ah!” A scream could be heard coming from my body. A scream that no man, under any circumstance would make. My body jolted forward, I was conscious. A sharp pain suddenly came from my neck. It seemed as if I was asleep for a long time.

“Haha… Hahaha… Hahahaha…. HAHAHAHAHAHA.” Everything around me was unfamiliar. Overgrown trees that looked like they could withstand a shotgun without any damage. Thick grass that could be seen everywhere. I knew that what I was looking at was not the place I was previously from. The thing that had stood out the most was the sky itself. There in the sky flew a 40-foot bird, with magnetic wings, it flew through the night sky, without a care in the world. Something that- Something that I never would be. With that, I had stopped looking out at the world and focused on just who exactly I was.

Nothing like the bird that was flying through the sky, I was some random person from a place called Earth. A place where I hated. More than anything, all I wanted was for the world to end. I had been dealt with one of the worst hands. Everyone I knew took me for granted, Never in all 16 years of my life did I ever have anyone to rely on, most importantly, no one I could call family. Before I knew it my body was left hanging from a rope.

Chapter 3: Do you want to live?

I looked around for something I could end my life with, nothing seemed like it would be good enough to die from. I needed something sharp. A stick I thought. No. Every “stick” was twice the size of me. There was no way I could pick up something like that. I had not exercised my body ever in my previous life. Left with no choice, the only way out would be to smash my head against something hard in hopes I die. I had purposely ignored this solution being I did not like the idea of repeatedly smashing my head against something, but it was the only way out unless I wanted to look around the forest I was in. I did not want to stay longer than I needed, besides the trees next to me seemed so large that it would probably take longer to find something that I could die from. What I wanted was death, not to live here any longer. If I smash my head, strong enough I would be able to crush my skull in a few hits.

I had decided that I would crush my skull open. As gruesome as it was, it seemed like the only option. I had gotten up from the dirt ground I was sat on and looked at the nearest try. As I looked at the tree I could not help but admire how big these trees were. Even at the base of the tree, I was standing at, just the root sticking out of the ground was as tall as me. Even back on Ear-

No, I don’t want to think of that place anymore. One. Two. Three. In. Out. I continued to breathe in and out adjusting my stance, pondering how exactly I should hit my head. Sweat drizzled from my forehead. One minute turned into two. Two minutes turned into ten minutes. I had finally had enough of the constant waiting I was doing. I thought over what I was about to do over and over, reassuring myself if what I’m doing is the best choice. No matter how much I talked to myself, I could not completely reassure myself that what I’m doing is what I want to be doing, but then I decided I would stop thinking and just get it over with because once I’m dead it won’t matter.

I repeated those words over and over it won’t matter, finally, my mind was empty. I adjusted my pose to be completely parallel with the root that was in front of me.

“Let’s do it.” I thought to myself. I swayed my head back and forth, finally, I thrust my head as hard as I could into the root of the tree. I think of the bird that I had previously seen sorrowing in the sky without a care in the world. Flexing its wings, showing them off, as if to say that it was better than everyone that existed. Again. I smash my head into the root of the tree again, this time a tear falls from my eyes, down my malnourished cheek. I think of all the horrible things that went wrong in my life, the things that were out of my control, but destroyed me inside and out. Blood starts trickling down from my forehead, Both swings had completely sent pain throughout my body. I swing my head back in preparation to smash my head against the root once more. The tears flowing down my cheeks increased.

I can’t even remember the last time I had cried. It had been so long, at some point during my childhood did I realize I could no longer feel any pain, but for some reason, it was only then. did I realize that after coming to this strange place that I was actually feeling pain. I swing my head forward towards the tree, everything felt like it was in slow motion. During that time, I told myself maybe I could start over my life here… just maybe, in that exact moment, a millisecond before my head would be crushed by the tree, I hesitated. The face full of moisture. Sweat on the forehead, blood flowing from the top of my head, and tears falling from my eyes.

“I WANT TO LIVEEEEEEEEEE!” I knew right then it that exact moment that I wanted to live. I had screamed those exact words, as loud I could, All the years of pain I had suffered from my previous life, were put into that one scream. My legs give out, and I start crying. I wailed and wailed. I had learnt from a young age that crying would only mean bad things for myself, but that didn’t matter, because I knew deep in my soul it didn’t matter anymore.

As if the world was my oyster, a large sound swept the whole surroundings. The trees continued shaking everywhere, the large trees that seemed immovable were shaking. The noise was heavily concentrated in one area, I looked over that way only to see something that was otherworldly. A giant buffalo like monster, with three sharp horns on its forehead, and scaly skin that looked like it could survive a nuclear was chasing a large old man with a large sword strapped to his back. What had seemed inhumanly possible was a giant buffalo and man running so fast, that I could barely see what was happening. The man was frantically looking in all directions as if he was looking for something and totally ignoring the buffalo like monster chasing him. He then noticed me the crying boy in a w-sitting pose looking at him, with a shocked expression. The old man puts his hand in a fist near his mouth, touching his beard as if to clear his voice. The old man starts to move his lips.

“I HEARD WHAT YOU SAID. IF YOU WANT TO LIVE THEN LIVE.” As much as the whole surroundings were being shooken by the large buffalo like monster, the old man’s voice alone had easily shaken the entire area around him 10x more than the buffalo monster, who was almost 20x bigger than him.

At that moment, it was as if the world had finally caught up to me, because all the damage that I had caused to myself, had finally caught up. My consciousness was slipping, I had already been malnourished before I came to this world, adding that to my skull smashing, it was a miracle that I even had the ability to stay conscious after the first two smashes. Anyway, I was already unconscious. 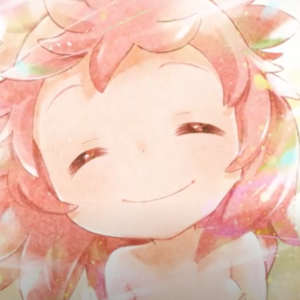 I probably won't ever write another chapter, as I'm not really interested in novels. I might, but don't count on it, but I do plan on turning this story into a manga someday. 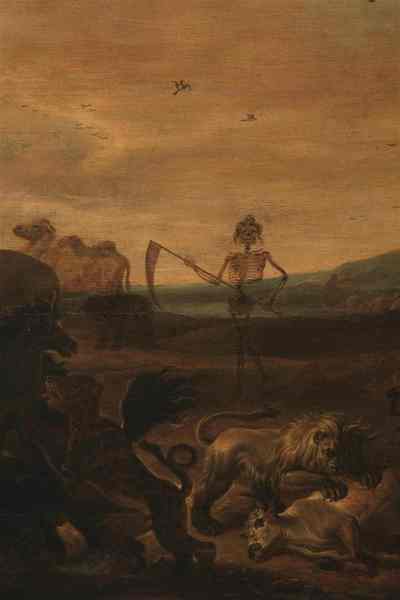 "Only hell for you exists. Whether you survive depends on you. Reliance will only get you killed. If you have what it takes, come join us on our journey to nothing but pain"
- Her
Subscribe 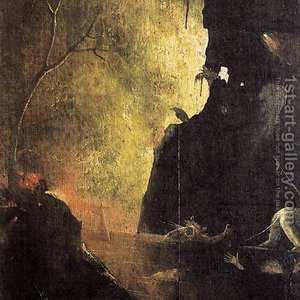