Superheroing is hard. How would I know? I’m a superhero, before you say anything I am not an alien that came to earth that now has superpowers. I am a human that was born with special genetics that allow me to have superpowers. My mother and father have the same genetics. As a child the government tested my mother to see if they could extract it and use it in the military. (They didn’t succeed) So when I was a child my mother authorized me and I started to work for the government when I was 6. Enough about that my superhero name is estrellita but don't tell anyone my secret identity because there are people who want me in jail for putting them in jail for what they did. My father Scott is in the future or the past. I am not sure wherever he is he is fixing problems to create this present. I am a part of a superhero group with my mom/Black owl, aunt maria/Dark warrior she uses super cool gear to be a superhero, nal/The quiet spy she is an alien finally emma/Shadowstar. My mother and nal both work for liz reporters news. So every morning my mom and I meet maria and nal at liz reporters news station and trade i go with maria and nal goes with my mom. “Anything new today” I ask Agent moe as i teleport into the bowdi (bureau of who done it) “nothing new to report today” replies agent moe. Seconds later an alarm goes off and smoke fills the air within milliseconds. Everyone started coughing so as fast as I could I started to get people out of the bowdi. I got basically everyone out but unfortunately there were a few agents who were stuck in the basement and I couldn't get them out luckily they survived and recovered a few days later. 2 hours after it started the smoke suddenly disappeared. Without a trace, slowly but surely Maria, Agent Moe, and I all entered we checked every room and nothing was missing. No one was there and there was nothing indicating it was an attack. So we brushed it off as if it was a malfunction with the computers and it overheated causing the smoke. 10 or so minutes later after my mom had heard about the incident she rushed over. I was hugged and then given the speech of “you could have been killed”. Agent Moe and Aunt Maria chuckled and I gave them the death stare. They looked away immediately. Lucky for me I was called to a bank robbery and she was called back to work. So I got to escape for a while.

The beginning of an adventure and a journey. Meeting the characters. 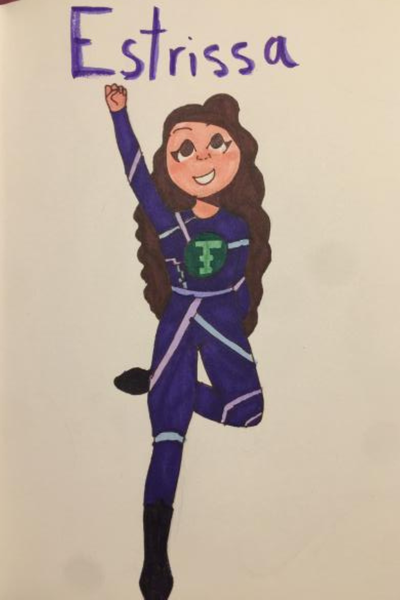 A thrilling, funny, family oriented superhero story. Read through the adventures of Estrissa and find out what happens when she saves the city of white bridge but has to pick over herself or others what will she do?
Subscribe 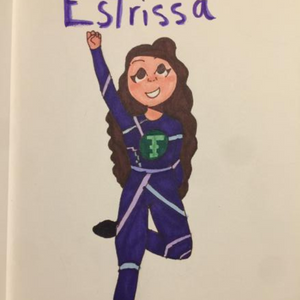