"Heck. The game comes out only tomorrow, how did it happen, that all of the names are already taken?"

A young man, of about 18 years old, was sitting in front of a laptop, looking at an empty field, under which the inscription glowed in red:

The young man wearily leaned back in his chair and lost himself in thought.

He began to play with his jet-black hair. He often did this, when he was thinking deeply about something, it was his habit.

This guy's name was Baatyr, but now, he was trying to think of a new name for himself, or rather, for his character. He created it with such difficulty, having spent all morning on it.

Baatyr looked at the results of his hard work. Before him stood a young man of athletic build, dressed in medieval leather armor and holding a sword. Long, shoulder-length black hair, a determined look, pleasant facial features.

Baatyr was pleased with the result. The character turned out to be very attractive and, at the same time, manly.

"Eh. When people will create games with full immersion?" Baatyr started to dream.

He had dreamed about it for a long time. Since he first learned about it from the novels and TV series, he could not stop thinking about it.

He often had dreams where he traveled to other worlds. But dreams were only dreams, he wanted something more. This life seemed too boring, dull, empty. Perhaps that's why he spent so much time playing games.

Baatyr felt that he was missing something. He desperately looked for it in games, books, films, but he never found it.

The technologies of mankind were developing too slowly, and yet, he hoped, that before his death, people would finally come up with something, that could send him to other, fantastic worlds, full of magic and warriors.

"Heck! This is also taken."

Baatyr tried over a dozen names, but they were all taken.

These were the names of heroes that would fit well with this new game, but unfortunately, they were all already taken.

The setting of the game was very similar to the world of eastern martial arts fantasy novels. Therefore, Baatyr wanted the name of the character to correspond to the general spirit of the game.

Baatyr finally gave up and decided to choose some random name for the character.

After all, the developers praised this new feature called “Character Name Generator” so much. It was said that the AI ​​of the game would find the best suitable name for the character.

Baatyr moved the mouse to the "name generator" button and pressed it. A search bar appeared on the screen.

"It is too slow. Can it be, that even AI can’t find a free name for my character?"

Baatyr took the mouse in his hands and was about to cancel the generation of the name when suddenly the search ended and the result was displayed on the screen:

"Kaidzen Monada? Something familiar." Baatyr tried to remember, where he heard these words before, but could not. "Kaidzen, a Japanese word? What does it mean? And, what does this Monada mean?"

His gaze fell to the watch on his hand.

"It's already 9.45. The servers will open in 15 minutes." Baatyr wanted to be one of the first to enter the game, he didn't want to be late.

"Damn! There is no time to choose something better. Kaidzen Monada? It doesn't sound so bad. So, let's go!"

A loading screen of the new MMORPG game "Heroes and Villains" appeared on the laptop screen.

It was a fantasy painting. It depicted two warriors standing with their backs to each other.

On the right side of the picture stood a man, dressed in shining golden armor. In one hand he held a golden sword, and in the other, the golden shield. His face was lit up with a kind and reassuring smile. He looked like some noble hero from fairy tales and myths.

Behind the hero in golden armor, one could see lush, green fields, where smiling farmers were working. In the distance, a rich and prosperous city rose majestically, as if built entirely of gold.

Baatyr noticed that the right side of the picture was an example of prosperity, peace, and happiness.

Baatyr turned his gaze to the left side of the picture. There was also a man standing there, but completely different from the first one.

He was dressed in completely black armor, with traces of blood and decay. In his hand, he held a black scythe, the entire blade of which was covered in blood. The man's entire skin was as pale as a vampire's, his eyes empty, as a dead man's.

His dead eyes were directed into the distance, where one could see the ruins of some old city with flocks of crows circling like dark clouds

In front of the city, all the lands were strewn with gravestones, opposite of which sat people dressed in rags. In addition to tears, their eyes also showed frozen fear and horror. The vultures were visible not far from them, and their hungry eyes were fixed on the desperate people. They waited, waited for their moment.

The look of the man in black armor was empty and insensitive, but Baatyr felt that there was also some hidden pain and regret in his eyes.

"Wow! Whoever painted this picture must be very talented. He, so vividly and emotionally, showed the confrontation between good and evil, as well as the consequences of their decisions."

"Heroes and Villains", a new MMORPG game, was a mixture of classic games with hero leveling, quests, and exploring a world full of mysterious places and mystical creatures, like phoenixes and dragons.

The player was free to do what he wanted and how he wanted. But, based on his decisions and actions, his character could become either a hero or a villain.

He could follow the laws and fight on the side of justice and goodness, eventually, becoming a noble hero, as the man on the right side of the screen, leading the game world to prosperity and happiness.

Or, the player could follow in the footsteps of evil, wreaking havoc and death, ultimately, becoming a destroyer of worlds, leading the game world to chaos and decline.

The whole world was looking forward to the release of this game. What will the game be like? Will it be able to win the hearts of players? This remained a mystery so far.

But, unlike the rest of the world, this secret was soon to be revealed by Baatyr. Thanks to his older brother, he managed to get early access to this game. The whole world will be able to enter the game only tomorrow, except for him and some other chosen ones.

Baatyr clenched his hands into a fist with excitement, waiting for a new adventure.

At this time, he noticed that the download was almost over. Almost 15 minutes. Although the developers said that the first download may take longer, it was too much.

"Damn old shit!" Baatyr cursed his outdated laptop. He bought it 5-6 years ago and now it was too old for new games.

Loading reached 100% and an inscription appeared on the screen.

Without wasting a minute, Baatyr pressed the "YES!"

Suddenly the door to Baatyr's room opened abruptly and a group of robust people rushed into the room. They were wearing helmets, bulletproof vests and all of them were holding guns in their hands.

They wasted no time, and while Baatyr was recovering from the shock, one of them came close to him and put the muzzle of his gun to his head and asked: 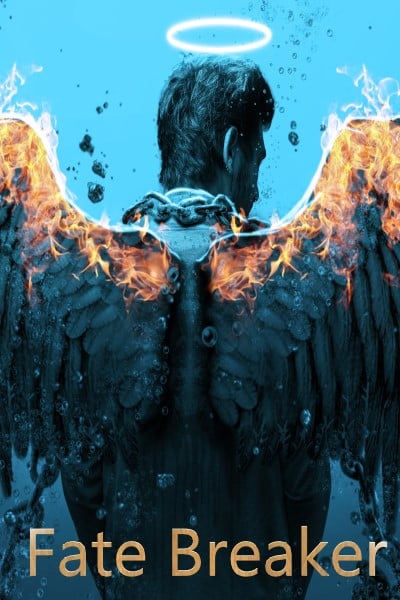 ... His name is Baatyr. He was named Baatyr, which translated from the Kyrgyz language meant - a hero. Parents hoped, that when he grows up, he will become a good, worthy person, a hero.
… The elder brother put a mother's medallion in the shape of a sun and a crescent around his neck and said, that he should become a real hero, a baatyr, such as his parents wanted him to be. Little Baatyr squeezed the medallion in his hands and promised his brother, that he would definitely become a baatyr.
... He was lying on the cold ground and bleeding.
...It looks like he is not destined to become a real hero?
... Baatyr's gaze froze on the people around him, and he let out his last breath. He died.
Or not...?
There is only one way to find out. Are you ready?
Author's Note: New chapters will be released every other day for now. 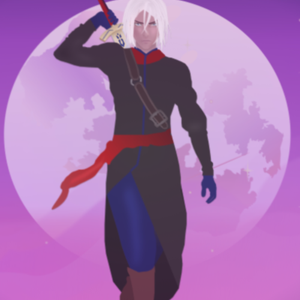