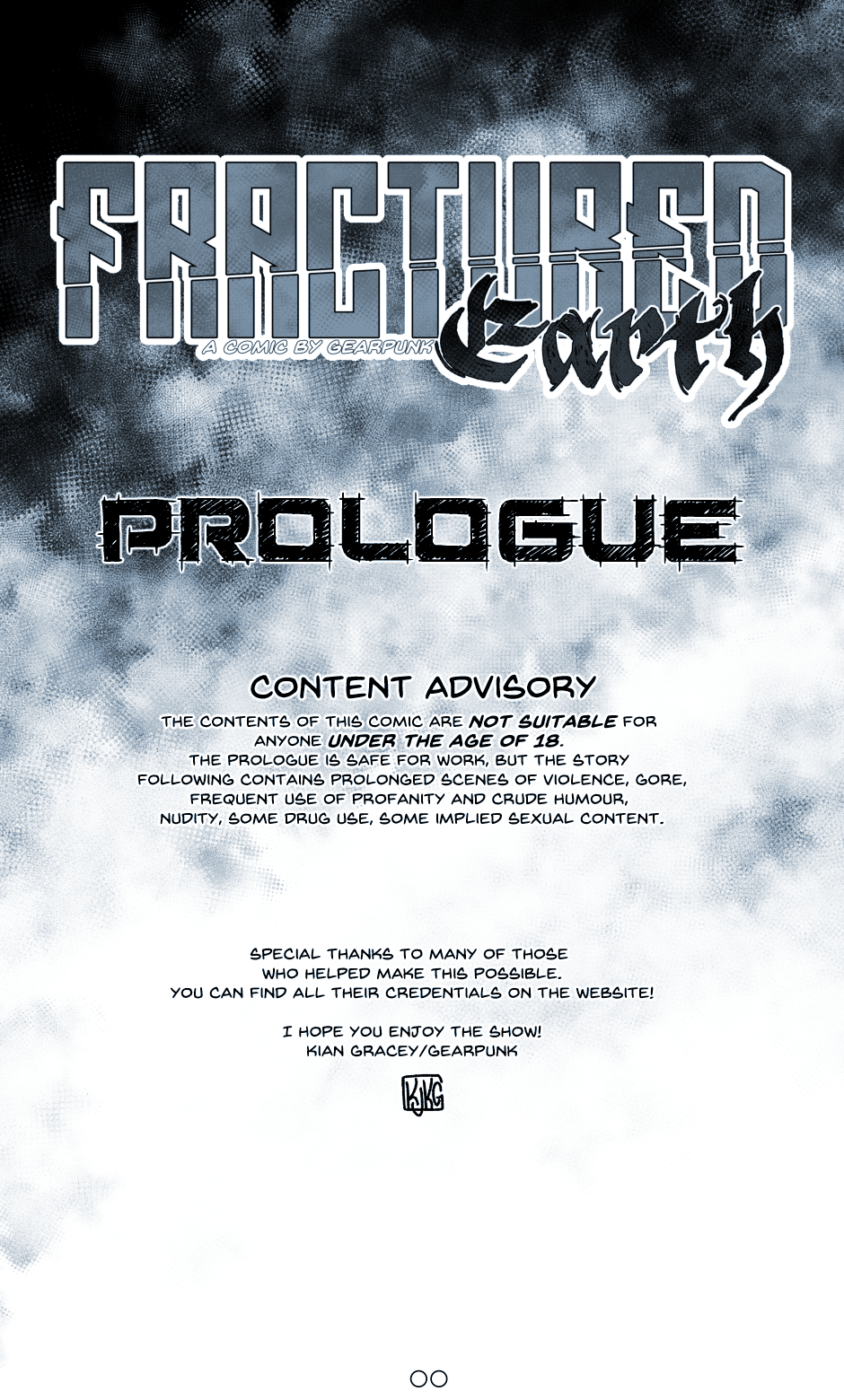 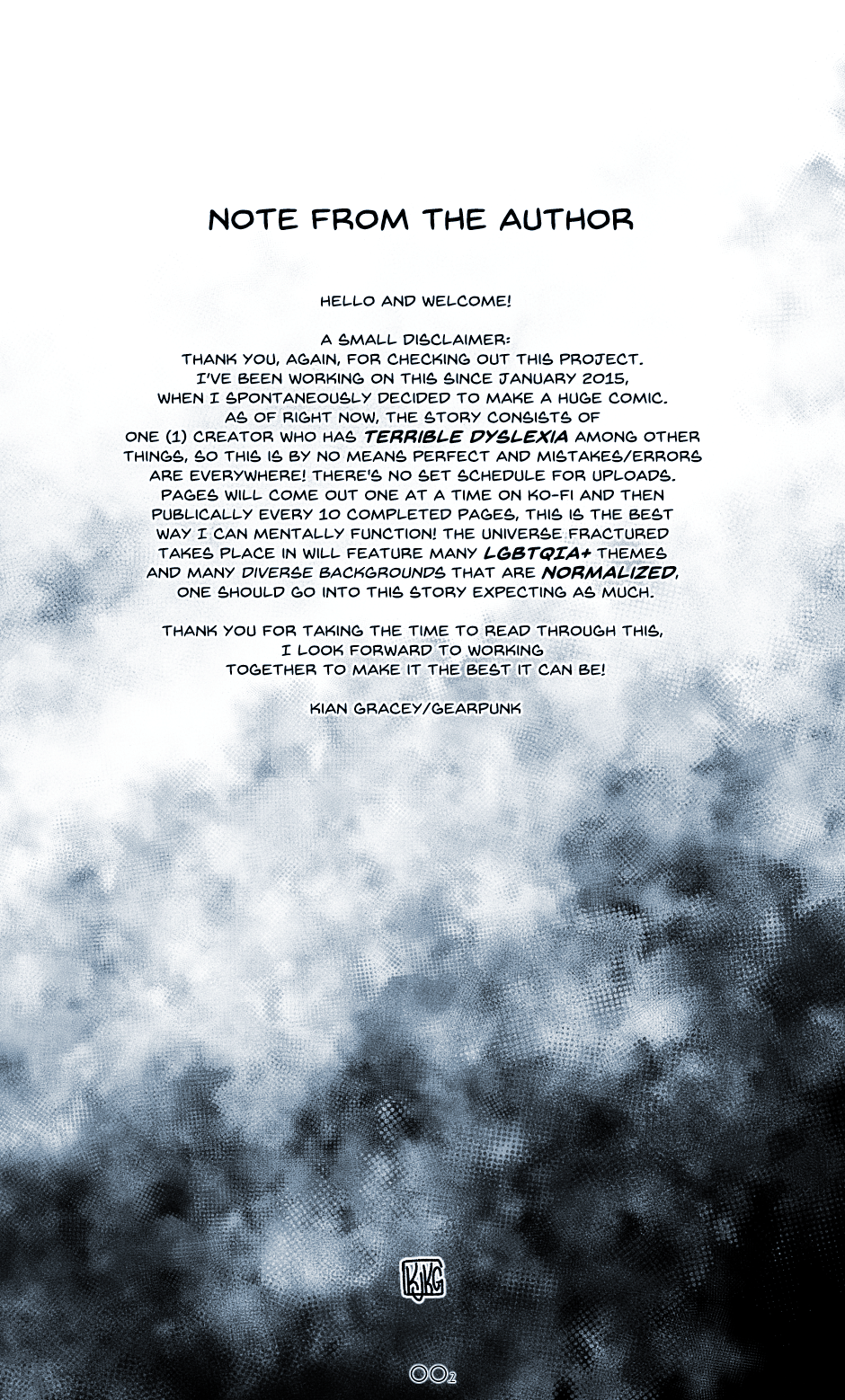 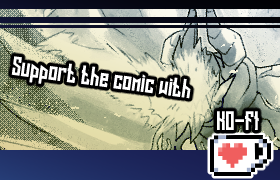 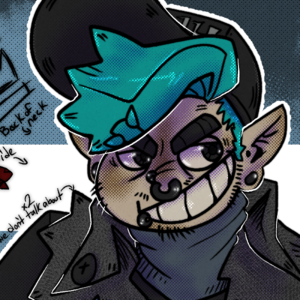 ALT text has been moved to a separate document, please contact me and I will send it to you directly as a google drive, so you can follow the updates as it comes!

Welcome to Fractured! A comic written, concepted, and drawn by Kian JK Gracey, aka Gearpunk.

The story will consist of three volumes (not including the prologue), of which Volume 1 is completely scripted and all that's left is to draw it.

If you have any questions, feel free to message me! Thank you for stopping by and I hope you enjoy the comic! 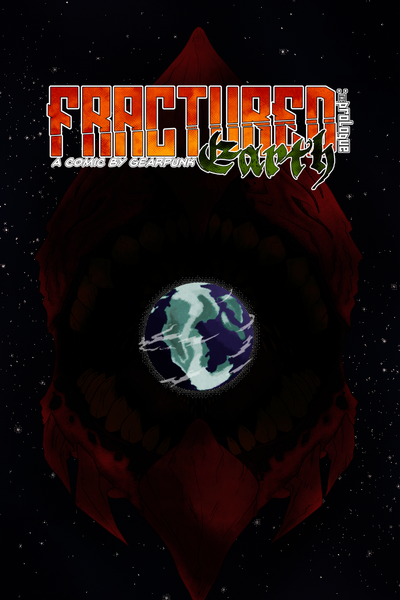 Scientists have discovered the end of our reign is rapidly approaching ​and humanity is on the brink of annihilation.
Following the wake of a world-changing event, less than a fraction of humanity has fled to the stars as their beloved home decays, completely tidal locked.
Taking this as an opportunity, a corrupt military claimed power, driving the rest of humanity into a brutal, cutthroat society.
Oppression. Conspiracy. Fear-mongering.
Climb aboard the Novus Ark and experience it for yourself!
Fractured is an anti-capitalist, anti-authority, post-apocalyptic, LGBTQIA+ sci-fantasy comic that takes place across two timelines (3688 and 1690). You'll find a host of different elements, like really big monsters, factions, mages and a magic system with a scientific flair, gryphons and dragons and so much more. While it's technically labelled as a Sci-Fi Fantasy, you'll find it chock full of adventure, comedy, romance, tragedy and hardships, triumph and success!

If you're a fan of titles like Mass Effect (notably the Renegade story), The Matrix, Star Wars and Star Trek crossed with Dungeons and Dragons, Lord of the Rings, and Dragon Age, look no further.
Subscribe 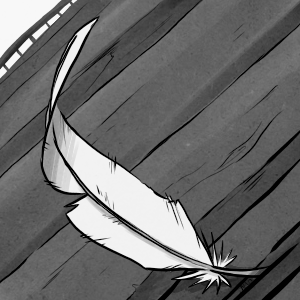