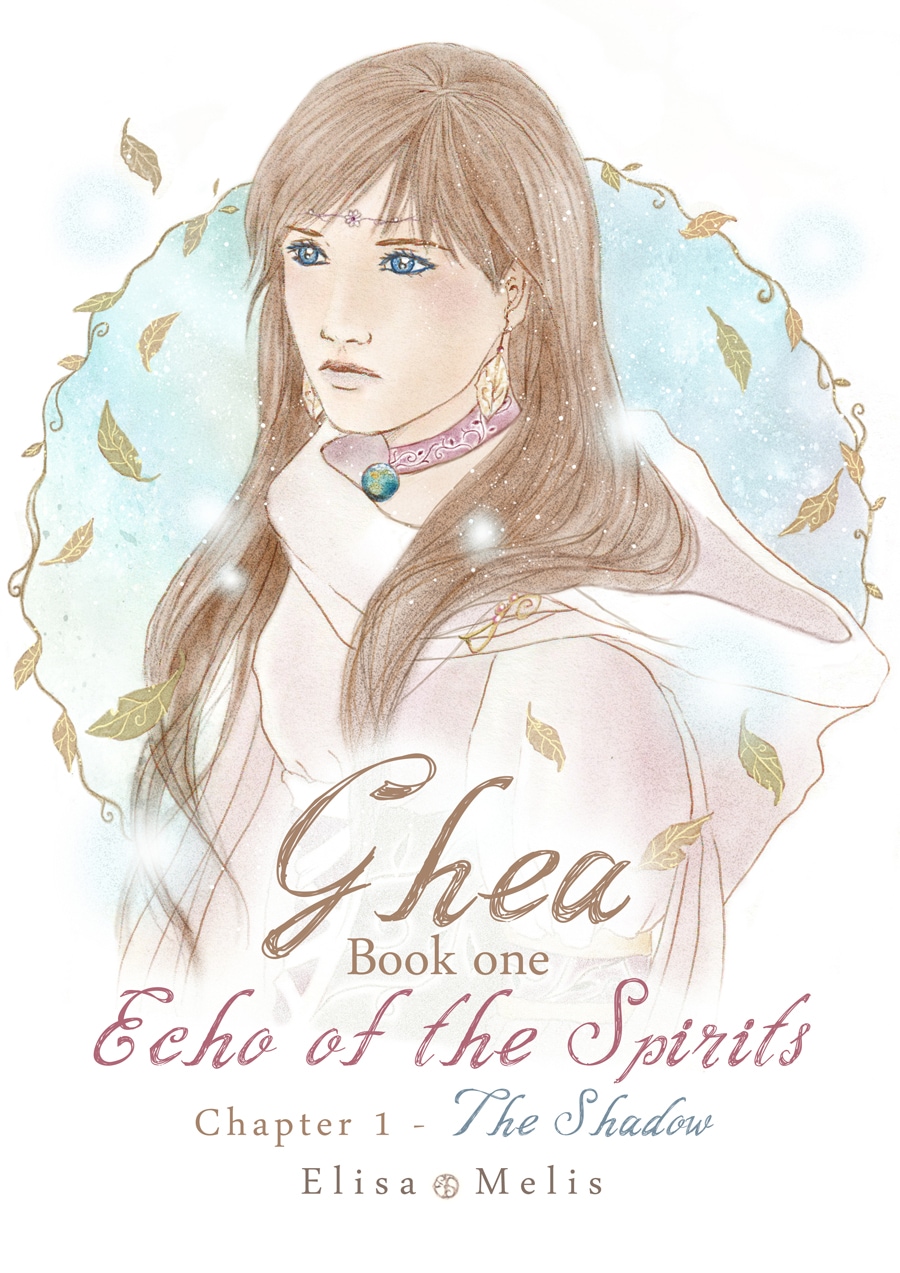 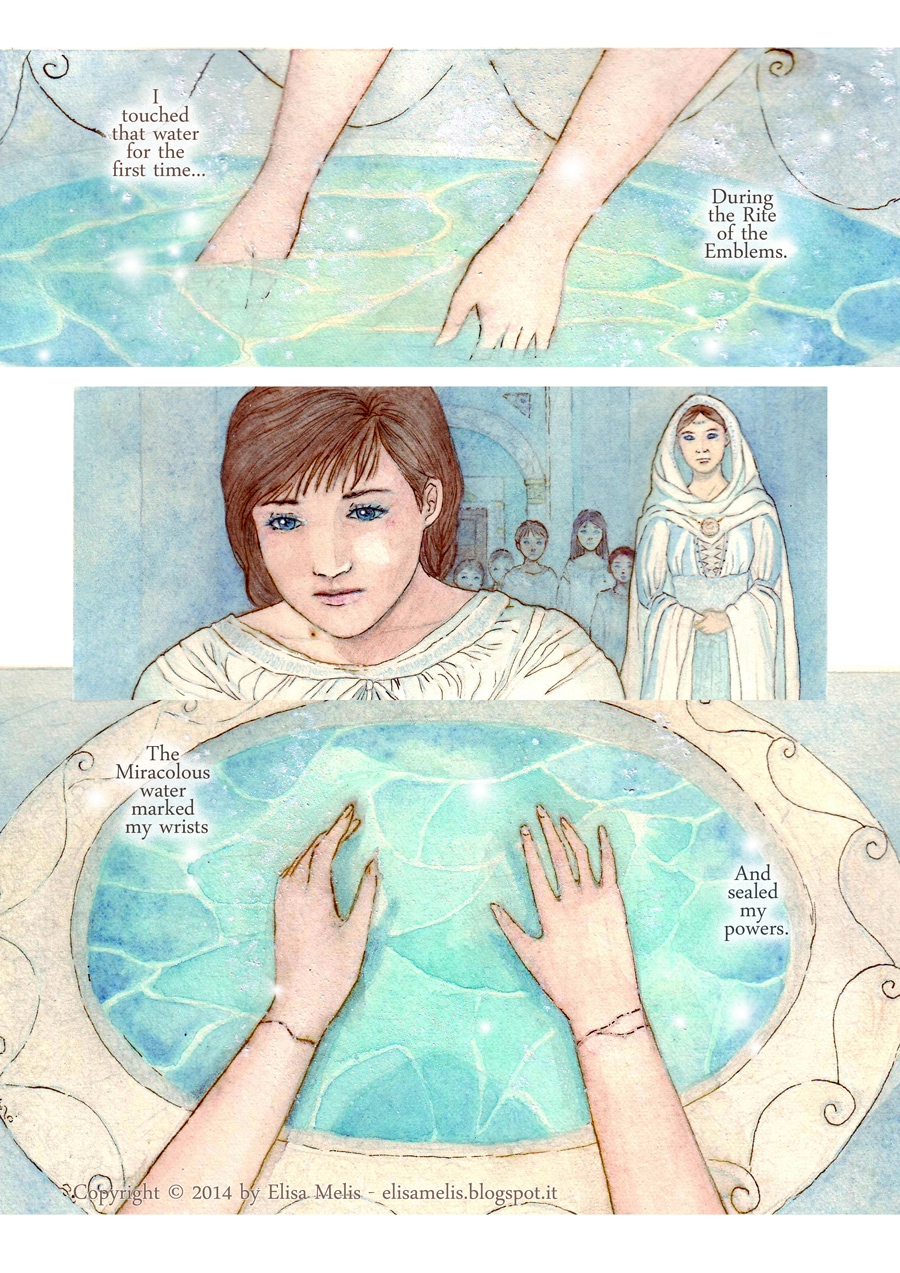 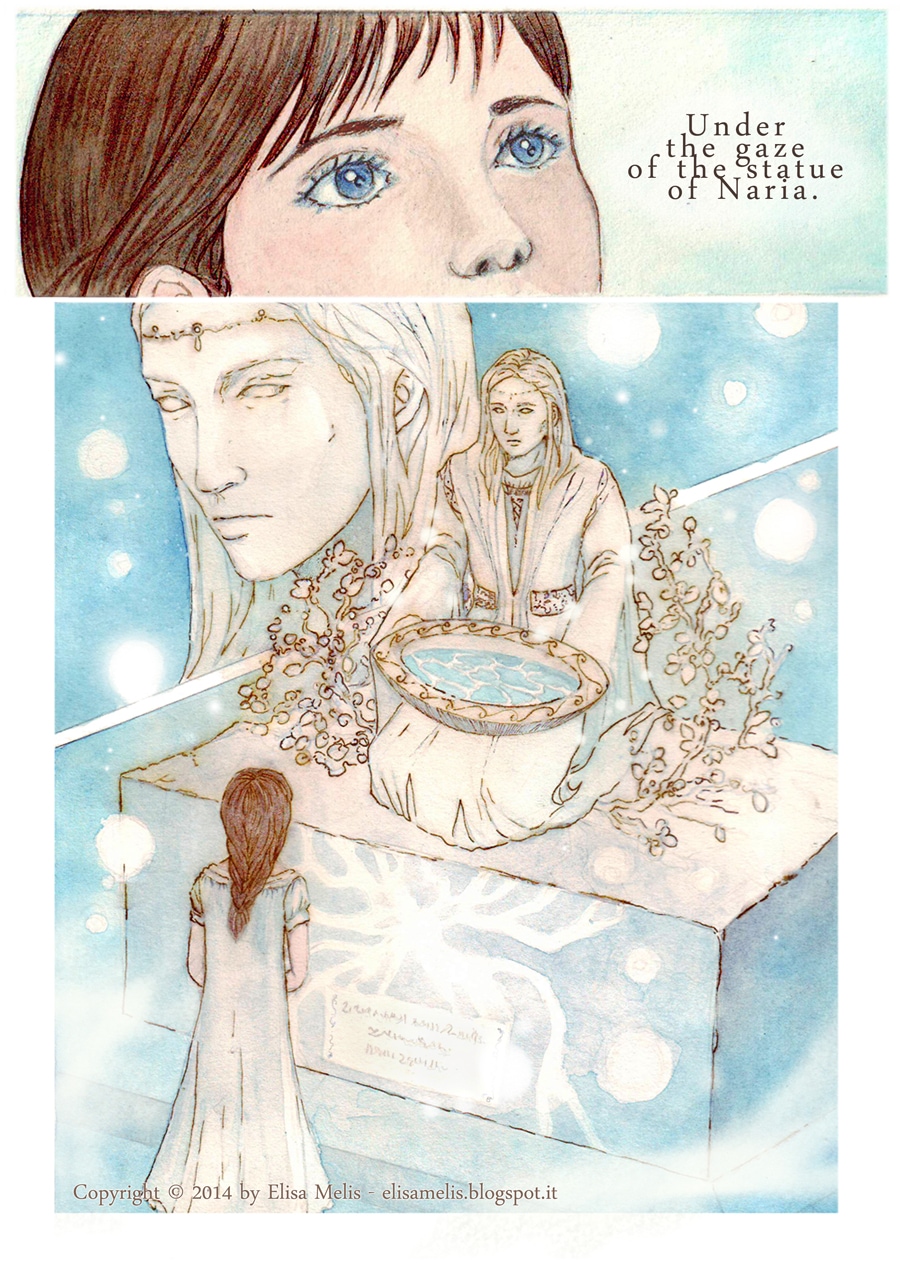 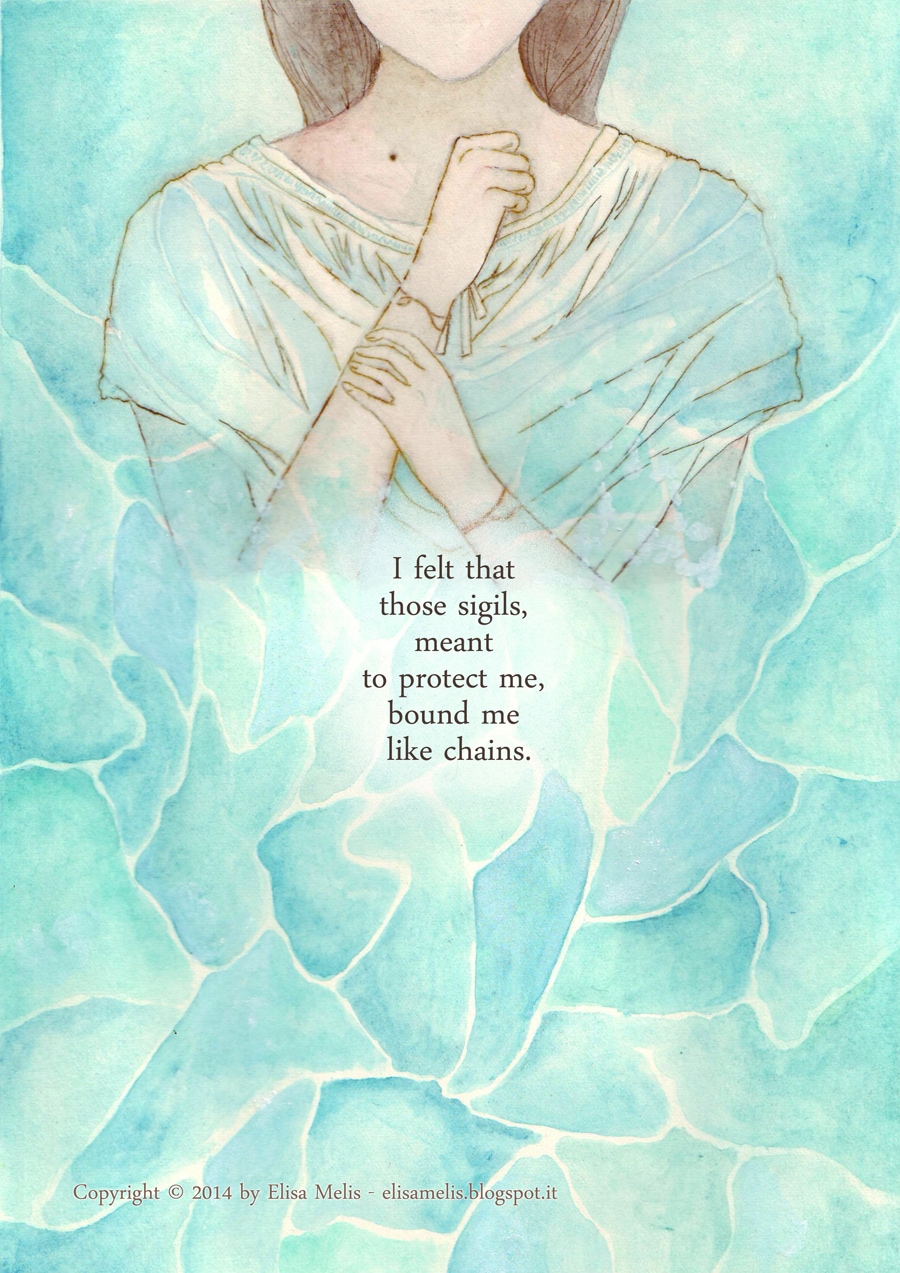 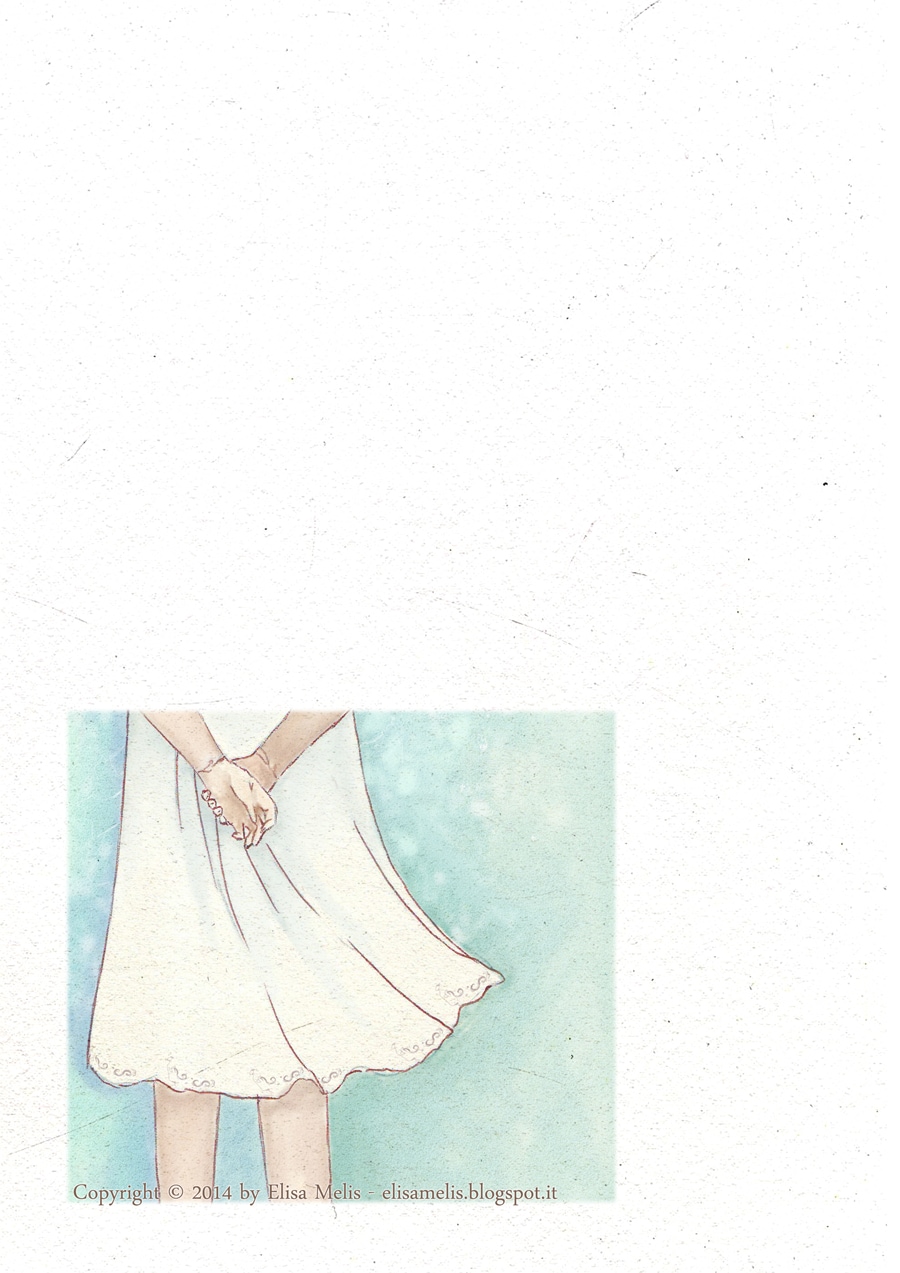 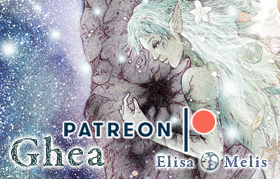 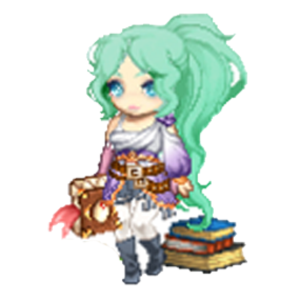 Hello everyone!
I am Elisa, the author of this story. I am happy and anxious about starting the publication here.
Ghea is my main project, I dedicate all my free time working on it since years, and I hope you'll enjoy it!

I have been publishing Ghea online since 2016 (this is why you can see that as date in chapter 1). My first language is Italian but for now I am publishing in english thanks to my friend Gwenelan who help me with both translation and texts correction.

Thanks so much for reading Ghea and please let me know your opinion, it means a lot to me and it can help me to grow and improve!
So...See you around!

If you want to support me and Ghea on Patreon - https://www.patreon.com/ElisaMelis 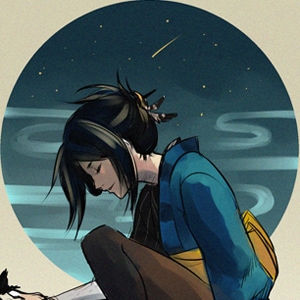 Your art is gorgeous and this short intro already got me curious! 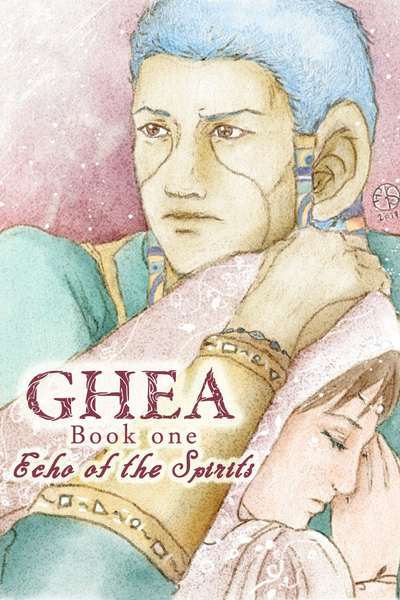 A girl, wanted for murder, is traveling incognito in search of her family. She will be involved in the plots of a vengeful Spirit.

Ghea is composed of 3 stories, tells the journey of a group of people looking for their place in the world, It is set on a living planet whose spirit is connected to every creature that lives on it.

This world is dying because of *something* that happened when it was newborn. People die and each death bring a livid in Ghea, also the dead come back first as Wild Spirits then became Lost Ones, dangerous creatures who bring death and destruction.
Only the Purifiers are able to connect the dead with the Spirit of the world and avoid this scars at the beginning.

In the first story "Echo of the Spirits" we meet Alsya, a false Purifier that for some reasons is fleeing away from a group of Executioners. She is looking for Remines, an important Summoner, and with her friend Mihaki and her Shadow Anzan she began a journey that will lead to ancient secrets, links with old Spirits and stories that are burried under the earth and forgotten. A journey that will lead to discover Ghea origins and the salvation or destruction of their Spirit.
Subscribe 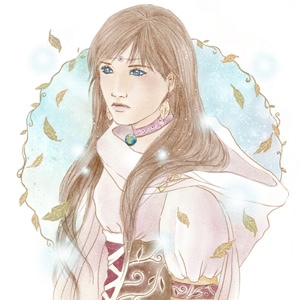