The crossover between the day-shift and night-shift at DeRosa’s always left Pen frazzled. What should take five, ten minutes top, took over an hour. Every damn time. It was cramped and uncomfortable standing still for that long, behind the counter in between her grandmother and great-uncle while they bickered over the change that was missing from the register. Never mind that the change was exactly the same as the day before because, thanks to her, the bodega was on EvNPay and no longer took cash.

Fraternal twins, Modesta and Julio DeRosa immigrated as teenagers, married locals and rooted their growing families deep in the heart of Brooklyn, NY with the idea that their children would branch out and expand through the arteries of the borough, taking advantage of the opportunities presented to them by this great country. Gentrification was a word for scholars, remiss in the nomenclature of the native Brooklynese of their respective spouses. They agreed with their partners that they should rent only, putting some money aside for retirement when they would eventually move to Florida, a state Julio not so secretly called el asco.

When Julio’s beloved wife Theresa passed, quickly followed by Modesta’s estranged husband Hector, a period of mourning was imposed, one that was followed diligently by Julio’s four children and two of Modesta’s three. Nubia, the youngest revolted against the perceived hypocrisy of mourning a loved one who’d been kicked out, took the five hundred dollars Hector left her and disappeared for a year, returning at nineteen with a baby, no husband and an interest in owning her own business like her mother and uncle eventually did as their long term investment plan. Nubia refused to move into the six family brownstone, bought when Julio and Modesta realized their savings separately could get them nothing in the NY Oracle deemed “up and coming” neighborhood, but combined could secure them a small corner for them and theirs.

The DeRosa progeny were smart and driven, the type of achievers typically found in immigrant households who are nurtured by their parents dreams but held back by tradition and unhealthy co-dependent attachments to family. At least that’s what Nubia said. Frankly Pen just thought they were being smart. LandShark.com listed their zip code sixth on a list of ten of the most expensive neighborhoods in NYC with projections of it being bumped up to fourth in a couple of years. The brownstone situated right next to the bodega was filled with vibrant individuals who made up one big, loud family that Pen was grateful to be living with now.

“Basta Modesta!” Tio Julio shouted, “I don’t have time for this craziness!”

Pen zoned back into the argument, only picking up a few words here and there as the Spanish became too rapid for her to understand completely. She checked the clock on the EvNPay dock and guesstimated another minute or two of unfounded accusations before Tio Julio’s alarm went off reminding him that his favorite telenovela Las Estrellas En Tus Ojos would be starting soon. Her grandmother must have seen the time as well because she finally began organizing her massive handbag, hauling it on top of the counter with a thud and filling it with the red and white peppermint balls from the cloudy glass jar by the San Lazaro candle.

“It’s not a novela! It’s a dramatic mini-series!”

“If I’m an old man, then you are an old -“ A series of off key notes emanated from Tio Julio’s wrist, growing louder as he struggled to find the right button to shut off the alarm.  “Coño! This stupid watch.”

Pen watched them maneuver their diminutive frames like mini tornados from one end of the counter to the other. Her grandmother managing to take Tio Julio’s watch off to fix it as Tio Julio filled in the empty gaps of the chips display while discarding his deli whites for his favorite faded flannel.

“Si Penelope, we know -“ her grandmother started, “we take forever to leave -“

“-but you have everything under control,” her great uncle finished with a loud zip of his overcoat.

“You’ll be okay mi vida.” Her grandmother said, fluffing and then stuffing her mass of wiry hair under a black wool hat, “Remember to turn on the cameras -“

“- and keep Rambo close by.” Tio Julio said, earning him a smack on the shoulder as he not so subtly wriggled his eyebrows in the direction of the narrow tan locker behind her. A machete and a shotgun held places of honor in that dented locker and though Pen would like to believe Abuelita Modesta was considering her safety when it came to having dangerous objects in such close proximity, she knew the smack was really because she wanted Pen to choose Jason the Machete first if she needed protection. The bodega hadn’t been robbed in at least five years, and even then it was a half hearted effort - a rock through the glass door resulting in a hole only big enough to snag a couple of magazines and packets of gum that were in reaching distance. She felt safe working the overnights, but she acknowledged that before Della’s Tea Room, Sunset Crepe House and the twenty four hour Om Meditation Center came to the block, the bodega had been a prime target for those looking to scare up some quick cash. Rambo and Jason, for many years, were necessities.

Pen made a show of flicking on all of the small CCTV monitors knowing they wouldn’t leave until they saw the army of green lights on the control panel reflecting off of the lens of her glasses.

“Okay,” she said, resisting the urge to rub her arm in front of them, “I’m good. Go home. Have Oswaldo bring me a bowl. At least try okay?” She added when both of her grandmother’s eyebrows popped up. Tio Julio chuckled, “It’s leftovers tonight nena so you know...“ he shrugged his shoulders and looked at her with a pitying smile, “Ajiaco a day later is the best, and it’s everyone’s favorite.”

Pen rolled her eyes, “Fine. I can order something I guess.”

They both gave her quick kisses goodbye, her uncle muttering about bird food and her grandmother reminding him as the door closed behind them that Pen was “bien delicada.”

She wasn’t delicate, she was picky, which she’d always been, even before the incident. She loved her grandmother’s food and if she couldn’t have it then she opted for healthful. Which, if she was being honest with herself, wasn’t conducive with her current schedule. Pen checked the time again. It was a little after ten p.m so she opted for a bag of pita chips from the stand by the door and picked up the smallest bag of ice from the freezer.

She placed the ice on a stack of paper towels and gingerly rested the back of her arm on top, hissing a little as the first bite of wet cold seeped through the layers of fleece and cotton protecting her latest tattoo. 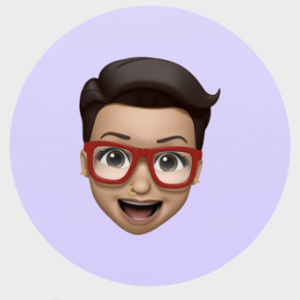 The DeRosa's in their element, and Pen establishing hers. Scene - the family bodega, day shift trading to the night shift. 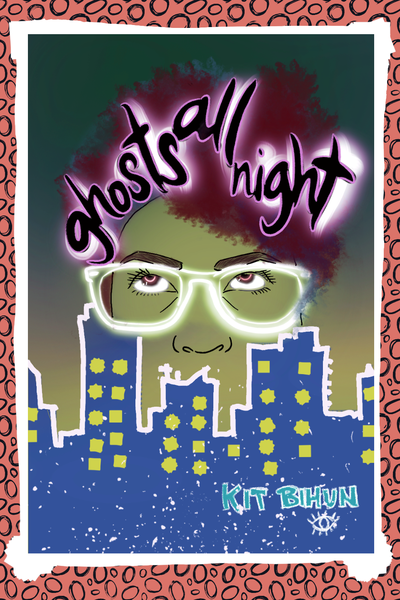 Life can get dangerous when you're dealing with afterlife baddies.

GHOSTS ALL NIGHT is a story I’ve been working on for a bit - it’s a paranormal slow burn rom/com mystery with multi-ethic/racial characters (like me!) fighting demons, falling in love, and realizing colonized magic isn’t it.

After surviving a ritual possession set up by her now incarcerated cousin and former bff, Pen DeRosa decides to make the best of a bad situation and goes into business for herself; renting time to ghosts in willing and live bodies. Things are ...going, until Dyse Braga, the hard to forget investigator who she partially blames for getting her into this mess in the first place, pops back in to her life. Pen's misusing her power he says, she's bad at her job and oh yeah, she's his number one on a short list of murder suspects.
Subscribe 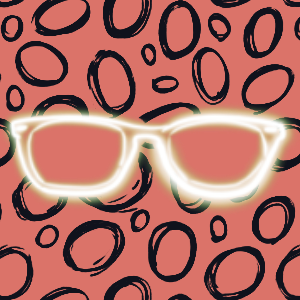