“Golem” is a story which may seem simple at first sight, but could cause concerns for many people. That’s exactly why I’m giving you warnings before you start reading this story.

Please take it easy with Abeo, the protagonist, and his prejudice against many of the LGBTQIA+ life experiences. Afterall, the environment he was brought up in was much more prejudicial than ours (even though ours is already too much of a prejudicial one). That’s why some passages in the book can function as triggers for some of you, but I again invite you to be patient. I assure you that whenever prejudice is bluntly displayed on the following pages, it is only with the intent of deconstructing it further ahead.

Also, it may not be very clear at first sight, but this book blends the boundaries between science and the supernatural. And for that reason, it is important that I underline this is only valid for the Universe I’ve created for Golem alone. I don’t believe the real world functions according to the one which will be described on the following pages. In the real world, we haven’t got any scientific evidence to be certain of, for instance, the afterlife. What I’ve chosen as afterlife mechanics for Golem’s universe is only one of the countless possibilities for this afterlife clockwork. It is not in any way my intention that these mechanics turns into anyone’s religion or belief. These mechanics were created with only the intent to entertain and make you reason, for some moments, in other possible afterlife mechanics besides those taught by major religions.

Finally, a big and very special ‘thank you’ to Mr. Blake Allwood for his enormous patience and kindness in helping me to adapt my Brazilian writing style to North American literature. I also need to thank Mr. Marcos ByM, Mr. Gleysson Costa, Mr. Adam Fairbanks, Mr. John Martens and Mr. Gonzalo Anguiano for all their support in this translation and even more.

Well, this is it! Any questions or clarifications, we’ll be more than happy to help you at dadosheridan@gmail.com. 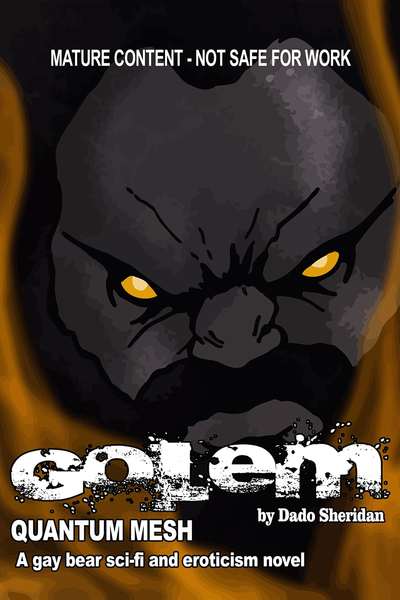 Get to know the story of Abeo Bankole, a Nigerian refugee illegally employed in Brazil. Except for being 8 ft tall and weighing 530 lbs, he draws no attention at all. Nobody would guess he could lift several tons with his bare hands. Nobody suspects knives could never pierce his body. And nobody realizes this giant black man only craves the love of other men. However, it’s what Abeo doesn’t know about himself that will drag him into an ancient war. A war with enemies far more dangerous than he could ever imagined.

Illustrations by fantastic designer Marco ByM Veloso! Check his work out on https://www.instagram.com/bym/ and https://www.patreon.com/marcobym . Trust me: it´s really worth it!
Subscribe 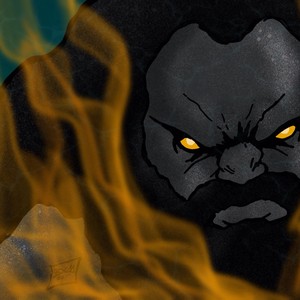