How to Survive The Apocalypse?

Cancel Continue
[Chapter 1: Day 1
Hey there! I'm Violet. My real name? Nah, it's better if you didn't know it. It's not that great anyway. So I presume that you're here because you want to know how to survive in this forsaken world right?
Well, we have thirty-one days to tackle it all. And I hope we are still alive at that time.
Hmm. So how many days since the apocalypse start? It's been around two months now right. And the first day it happened was still vivid to me. I'm in my house, as usual, that day finishing some laundry. I felt dizzy and the next thing I know I collapse.
When I woke up again, everything is eerily quiet. And when I went out of the house, I was surprised to see that everyone is lying unconscious everywhere in the street. Including the animals.
And what is surprising is they all stay like that for an entire two weeks? Not only them but the entire world.
Did I get your interest now? Hahaha, I might know what you're thinking right now. Yes, I woke up earliest than anyone in the world.
And that two weeks do you know what I've done...well...I'll tell you about that in the next chapter.
And our first-day survival tip: Read the next chapter. ]
Subscribers: 5
Views: 5
Reactions:   1👍  1👎   ❤️   2😰    😁   😤   1😱  😊
Comments Chat Box:
🔹{☠️}Iamstillsane: F*ck?! that's all?
🔹{☠️}Iamstillsane: Is this some kind of fraud?!
🔹{☠️}Iamstillsane: Who gives the f*ck if you wake up earlier than us?! What I need to know is how I'll be able to survive from those monsters!
🔹{🧚}chillzone: Relax, we all want to know how to defeat those monsters too. But don't you think those past two weeks that Violet guy, might have or do something that could really help us?
🔹{👩‍🍳}terriblecook: Plus, to add up what @chillzone said, it is already strange that we could read this. Even though the net has long been cut off and other communication signals. And here we are, we can even comment on this one.
🔹{🧚}chillzone: Yep, I'm just going to say that.
🔹{☠️}Iamstillsane: Yeah, yeah strange! strange!
🔹{☠️}Iamstillsane: Whatever it is, why the f*ck does that creep only tell us this now!
🔹{☠️}Iamstillsane: It's f*cking two months now!? And they want us to even read 'till the 31st of the month?!
🔹{👩‍🍳}terriblecook: 😥I don't know @Iamstillsane but you have point. Maybe if within those two months this appears, then my daughter would still be alive.
🔹{🤐}Ican'tspeak: 🥺🥺🥺
🔹{🧚}chillzone:  Sorry to hear that cook.
🔹{☠️}Iamstillsane: We all lose so much within those months, cook. Not only on you, so don't go crying to us right now.
🔹{🧚}chillzone: Hey sane! that's too cold man! Cook, don't listen to him, if you want you could even let it out here.
🔹{☠️}Iamstillsane: Tsk. I'm not here to listen to other's drama. If you're going to do that, then I'm outa here. I'll just come back to see the next chapter tomorrow.
[System: {☠️}Iamstillsane: went offline]
🔹{👩‍🍳}terriblecook: Sane is correct chill. It's not like I want to be dramatic or anything but it's been a long time since I get to chat with people other than myself.
🔹{👩‍🍳}terriblecook: I guess sane, left now. I'm sorry to cause trouble.
🔹{🧚}chillzone:  No you're not causing any trouble cook.
🔹{🧚}chillzone:  Feel free to speak out about what's on your mind. It's been ages for me now since I got to talk with people.
🔹{🧚}chillzone:  I've been in some basement since I don't how long.
🔹{👩‍🍳}terriblecook:  Me either, I'm stuck with my son here at our house.
🔹{👩‍🍳}terriblecook: Hmm. I've heard some noise downstairs. My son might be calling for me, I'll ttyl again.
[System: {👩‍🍳}terriblecook went offline]
🔹{🧚}chillzone: Sounds?
🔹{🧚}chillzone: Ok, I guess I'll sleep for now. It's 3 am on my watch already.
🔹{🧚}chillzone: Goodnighty everyone.
[System: {🧚}chillzone: went offline]
{🌸} Lastchatter:  I guess everyone logout now except you🙂 [Lastchatter deleted a message.]
{🤐}Ican'tspeak: (⊙﹏⊙) [Lastchatter deleted a message.]
{🌸} Lastchatter: Hahaha, even in chat you're still not going to talk [Lastchatte deleted a message.]
{🤐}Ican'tspeak: -_-|| [Lastchatter deleted a message.]
{🌸} Lastchatter: So for now we have other three survivors aside from us huh, interesting... [ Lastchatter deleted a message.] 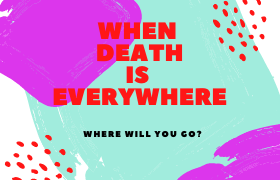 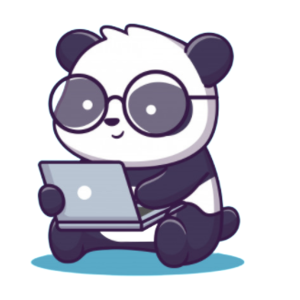 Anyways here are some guidelines if you want to continue reading the rest:
🔹This little diamond indicates if the user is online or not.

The ones with a strikethrough are deleted messages. And of course, the other user would not be able to see it. I just put it like that so that the readers, well I'm talking to real people here. Would see the messages the characters write and deleted later on,

If you have comments, feel free to speak it down below. See yah on Day 2.

This is a odd one. 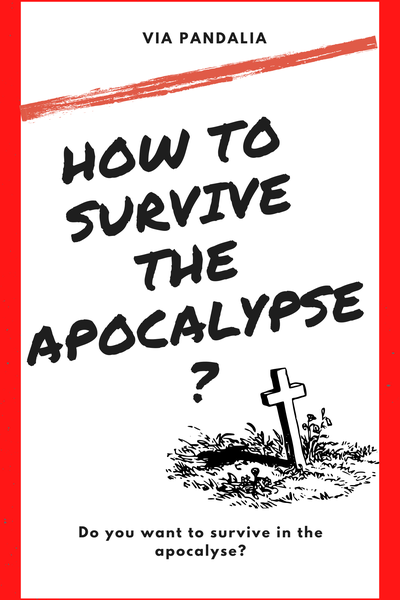 How to Survive The Apocalypse?

Hey! I have three questions for you.

3. Do you want to survive the apocalypse?

If your answer is yes to all three questions then feel free to read this book.

But you must read every day, up to the 31st day, and surely you will have a 99% chance to survive. Why there is only 99% and not 100%? Well, there might be a 1% that you'll die before the 31st or I die before that day. No one can't really predict some unforeseen accidents right?

Oh, well even if it is only a 1% chance don't ever become complacent about that. Remember that in this time, death just lingers everywhere. 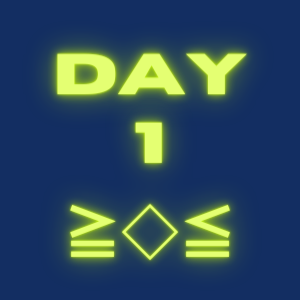