I seduced the mother of the main character

The tip of the cold blade was aimed at the neck of a young woman who was protecting her children with her breasts, and looked with hatred at the man who threatened her.

It was Leriana Ashford, the youngest ruler of the kingdom of Azeroth in its entire history. She was known for her exquisite beauty and outstanding abilities, but none of this brought her happiness.

In the end, there was an uprising, and her husband, the king, was killed. Now, there was only herself and her children, the heirs to the throne, whom she had to protect at all costs.

The boy and the girl had the same beautiful emerald hair as their mother, and they looked no more than seven years old. The woman herself is not even thirty. She was very young, but despite this, she was not afraid to take over the country.

«Give up and give them to me,» the dark — haired man who looked so much like her husband growled, «You know it's over.» Just give up, and then I'll let you live.

It was her husband's younger brother, Razor Blanche, whom she had once considered her friend. However, it was he who, as a result, stabbed them in the back, staged an uprising, and killed all the supporters of the king.

Leriana's husband, King Philip, fell with his brother in an unequal battle, trying with his last strength to defend the throne. Now, of the current members of the royal family, there were only three of them left — and literally a couple of millimeters separated Leriana from being in the next world with her husband.

However, the woman simply could not afford to give up when the lives of her children were hanging by a thread.

— You'll never get them, » Leriana hissed furiously, protecting her daughter and son with her whole body, «You'd better kill me, but don't touch innocent souls!»

— Leriana, why are you so protective of them?! — He exclaimed, — Neither this bastard nor his children are worth anything! He couldn't even protect you! Is it really this little person that you chose instead of me…?!

The woman held back the tears that came to her eyes when it came to the man she loved so much. And the one I lost.

«You're a monster, » she said, «you betrayed your own brother for your own greed!» Do you call this a fair fight?! You're just a coward and nothing more…!

— Shut up! «I'm giving you one last chance!» he bellowed. Give me those puppies, otherwise… I will make sure that your name is erased from the history of this country as well as that jerk!

Realizing that it was impossible to pull further, and every second could cost the lives of her children, Leriana decided to take desperate measures.

She suddenly pounced on Razor, biting into his arm. And at the same moment, she managed to shout:

— Brisney, Josh, hurry up and run!

Since she didn't have any fighting skills, Leriana didn't expect to win in this fight. She just wanted to get time so that her daughter and son could escape.

The children, at first numb with fear, reacted quickly and ran away. Tears were streaming down their cheeks, but there was nothing they could do. After all, their mother had paid too great a price to give them this chance, and they simply could not miss it.

Realizing that those he was hunting were already far away, Razor's blade pierced Leriana's body out of anger. Unable to stand it for long, she let go of his hand, and fell to the floor, bleeding.

Feeling that her mouth was becoming more and more filled with crimson liquid, and her consciousness was plunging into darkness, Leriana, meanwhile, was happy.

Her children were saved, and that was the only thing she was worried about.

Now, she could go to the next world in peace.

Razor, who had loved her madly throughout his life, bent over her, but it was too late.

Perhaps it was only now, in the last seconds before her death, that she realized how hard her life had been.

From studying at the Royal Academy, where she met Crown Prince Philip, and fell in love with him, and ending today, her life has never been calm.

Political intrigues, the struggle for power and the opportunity to be with her beloved, exhausted her mentally and physically. And in the end, it all ended up with her losing everything.

So was this game worth the candle then…?

If a few years ago, Philip and Razor had not fallen in love with her, and this would not have marked the beginning of their bloody feud, could everything have ended differently …?

Leriana Ashford always wanted to know the answer to this question, but she never had time to get it.

After all, she died too soon, and her happy life, of which she dreamed so much, was never destined to come true. 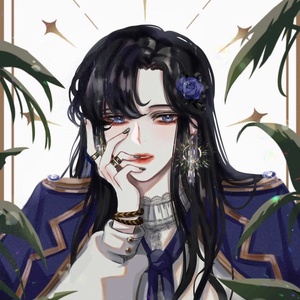 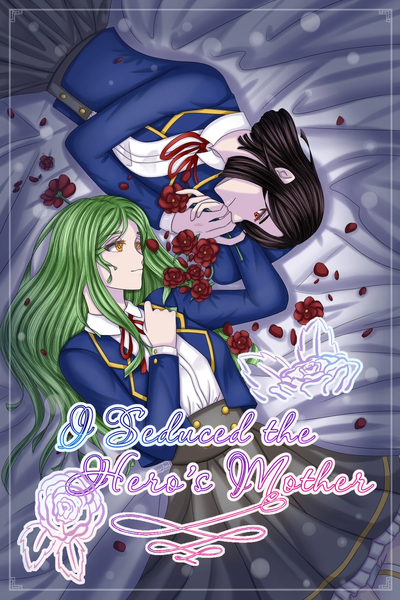 I seduced the mother of the main character

I was an ordinary reader of the novel — but I was reborn in it as a minor character and the mother of the main character. It was the deposed Queen Leriana Ashford. In ten years I will have to die during the uprising.

However, I don't like this ending. To prevent my own death I decided to avoid the future king and his brother. I will live a peaceful life and not become a queen. At least, that's what I hoped. After all, suddenly — the daughter of the cursed duke became interested in me.
Subscribe 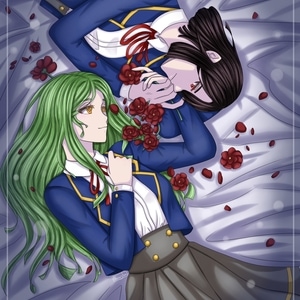