In the Devil embrace

"I'm a 29-year-old woman, and I'm scientist,
Well, my job involves risk, but it's okay"
"Since I was a kid, I've been fond of fantasy characters, many worlds, vampires, demons, zombies, and many of these things, when I was 18, I was still the same, and my fondness for these things hasn't changed, not even for a second,
I told myself I might change when I finished high school.
Or maybe after I graduated from college, but... "
"Nothing's changed, not even a little bit."
After the world went through the shock of the five-year Corona virus that killed more than two and a half billion people in the world, governments burned patients because they could not control the epidemic, until some doctors came
Nerds who do strange and complex experiments have made a vaccine, or that's what they said was a vaccine, but
This vaccine has turned into a disaster.
The world turned into ruin, they pulled out many patients with coronavirus and tested the vaccine on them, but what this led to is... Some of them became vampires, others turned into cannibals, so-called zombies,
Because governments were unable to solve this mess, they built facilities for underground life, and put huge barriers and very high walls around the land they needed to farm.
We conducted many
"
We conducted many experiments on some people who were arrested by the army"
"Our experiments failed, we didn't find any solution or anything about what happened to them, even after we ran tests on the vaccine made by the obsessive doctors, we didn't come up with anything else but they put a stimulating substance on the internal organs of the body "
"And yet a lot of things aren't clear.
Many people were unable to afford underground life without real sunlight, I mean governments have created an artificial sun inside the facilities but humans do not prefer this, and that's why..."
"Many people started committing suicide... Yes, a lot of people killed themselves, and that's why we opened gates to other worlds, so many people went to so many worlds.
Others went into the past hundreds of years ago, but... Those gates open once. "
Ah, looks like I've been busy writing my diary.
"Well, I'll tell you, the U.S. government decided to work on a big project after they found out that someone who lived thousands of years ago was able to solve everything. "
"I hear he's not of the human race, and his sex is unknown, too.
The U.S. government will send a lot of missions throughout history to try to find that man. "
"I don't know how they got information about him since he's been dead for a long time.
I don't know what these people are thinking.
I was sitting in one of the little buildings that humans had created underground, my phone rang while I was eating in the kitchen.
I put the spoon on the table and raised the phone cautiously.
The caller was the manager from the department where I work in the lab"
Yes, sir, how can I help you?
...
Oh, now? Can't I come tomorrow?
..!!!
I'll come right away.
"I sighed and then looked at the clock at 9:00 p.m.
could it be...
Another cannibal attack? Or vampires or...
I can't guess"
"I got up from the table quietly and fidgeted and went to change.
I wore black jeans, white sneakers, an olive shirt,
lifted the sleeves of the shirt under my forearm, and got out of
the house walking quietly because the lab was close to my house, or what I could say was they were keeping me near the lab "
"I walked into the director's room and found my fellow scientists, other men and womens. "
What is going on here? Did something happen?
why your facial features are scattered?
The manager said
Miss Lorena, please sit down,
there's something I want to talk to you about,
which is why I've brought
you together, the scientists who learned in this lab.
"I sat on the couch next to my buddy and
my heart beat, I was looking at his lips and waiting
for him to speak quickly, sighing twice before talking as he
moved his fingers on the desk quietly"
The manager said
I think you all know that the government has decided to send missions
From each lab, you're going to take three
scientists with 10 army soldiers, and what I mean
by ten, that's a lot because these people are going to be elite.
The most important thing, Alan, is... You're going
to have to pick the three people who're going to go on this mission from our lab.
"I didn't expect the government to send missions from all the labs.
Well, what are we going to do now"
"I caught a glimpse into the eyes of John, who was sitting
next to me, his hands trembling with fear, until he laughed with fear and a trembling tone."
John said
Sir, surely we will all refuse, no one will give his life for sure!
The manager sighed and then took out a glass box with papers in it.
The manager shakes the box, takes three papers out of it and puts them on the desk, everyone looks scared when they don't know what's going on, until the manager says..
The manager said
I already expected that all of you
would refuse, which is why I took
this action these three
papers contain the names of the three who will go, in which case
everything will depend solely on your lucky, well I will not accept any objection.
"They all shut up, and that was a sign of satisfaction, but I can't count on my lucky in such things.
The manager opened the first paper and called. "
Ameliana
Then he opened the second.
John.
Then he opened the third.
Lorena
"As I expected, I can't count on my luck for these things." 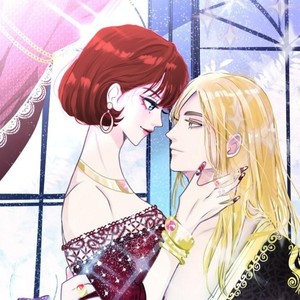 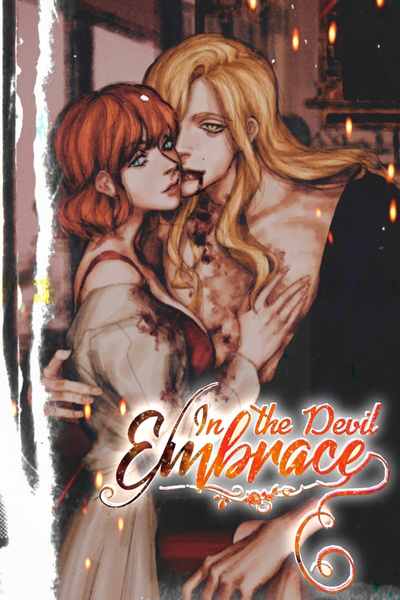 In the Devil embrace 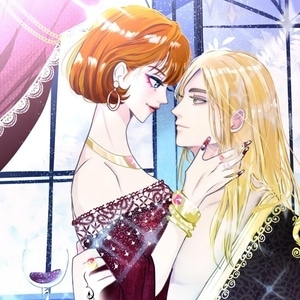