“YOU WORTHLESS PIECE OF SHIT!” a tall man with black slicked-back hair dressed in a fine black suit screamed at a young woman who had fallen in front of him. His dark brown, almost black eyes bored down upon her from under his furrowed brow. The sight of her crimson red hair made him sick, and the presence of her frail and trembling body covered in rags for a dress enraged him. This was his house, his hall. How dare she be so inadequate, so worthless, so troublesome.

“I-I’m sorry f-f-father,” the girl mumbled before getting kicked and knocked back. Terror filled her crimson eyes as she looked up to him. His grasp on his cane tightened, and he began striking her with it while shouting obscenities.

“That bastard you married is now the hero of humanity, and his wife is the fuck up of the family,” he yelled. The maids that surrounded them snickered and sneered at her. Their words weren’t loud enough to hear, but she knew what they were saying. Weak, pathetic, sick, cripple, stutterer, tweaker, filth. These were everyday words for her daily struggle under her father’s reign, day in and day out.

“F-father, I’ve tried m-my best,” she protested before the cane came across her face, and she could no longer hold back the tears that streamed down her face. The stinging pain from the cane strikes was a familiar feeling, one that left bruises all over her body.

“Shut up!” he shouted, ready to strike her once more. “All you had to do was marry him. He dies in combat, and everything would be mine!” he continued. The woman’s father went to swing again, but a firm grasp on his wrist stopped him. “Who dares!” he yelled before his eyes met with the hazel holographic eyes of an android maid. Her black twin ponytails curled on each side of her head, and the maids’ outfit only made him question her actions more. The audacity of this robotic maid to lay her filthy hands on him only fanned the flames of his anger, worsened by the fact he could not free himself from her grasp. “Unhand me, you defective piece of shit.”

“EDNA does not follow your orders, Duke Evelyn. Stop striking my master, or I will be forced to take defensive actions,” she spoke, the maids rushing out as guards rushed in.

“Guards, take care of this defective robot and junk her,” he scoffed, still trying to free his hand. The guards moved in quickly to dispatch EDNA, and their drawn swords gave off a low hum as the blades’ edge glowed. But suddenly, the door to the grand hall swung open violently under the impact of a fierce kick. Fear engulfed everyone as the doors swung open and slammed against the walls. The figure of the man who dared kick open the doors of the Duke’s grand hall was the culprit. They donned advanced battle gear with a chest plate covered in firearm magazines, a knife, forearm guards, and knee-high armored boots. His helmet covered his face with an X-shaped red glow. “Who dares?” Duke Evelyn growled.

“I do, Duke Evelyn,” the voice answered, distorted by his helmet.

“And who are you?” he growled as EDNA let go and stepped back, taking her position to the right of the man. The helmet of the adversary retracted in pieces, disappearing behind his neck. The cold glare of his red eyes bore down on Evelyn, chills rand down his spine. That, coupled with the man’s red hair that was slicked back on the top but shaved on all sides, confirmed everyone’s fears.

“Remus Von Tiberius,” Remus declared as the guards suddenly retreated. Even the man who was full of vigor, and was just violently beating his daughter, recoiled in fear.

“Why are you here?” Duke Evelyn asked in protest. Aggravated but afraid to push his limits, this man was a hero and a Duke from another region of Earth, like himself.

“At first, I wondered why my wife never answered my calls, my messages, or why money I sent was never used for things she needed,” Finally, he answered, walking past duke Evelyn and over to the woman on the floor.

“Well, you see, this worthless child,” the Duke arguing before being silenced by Remus’s thundering voice.

“VICTORIA!” he shouted. The rage in finding his wife, not in his home, but her father’s, and beaten into the ground was unfathomable. Remus turned to her and took a knee, offering his hand to Victoria. His eyes scanned over her trembling body, beaten and battered. He’d sent too much money for her to look this way, from the rags she wore to the poorly fitted prosthetic leg he remembered from their wedding day. The very Prosthetic leg that gave out on her, forcing him to carry her halfway down the aisle.

“U-um good d-day du-duke Tiberius,” Victoria answered while trying to take his outstretched hand, but the tremors that coursed through her body in this stressful situation made it difficult. But Victoria couldn’t give up. If she offended him, he’d toss her aside, and her father would continue to beat her until she was dead. Finally, overtaken by her pathetic plight and ready to accept her fate, salvation took the form of Remus’s grasp on her hand. He had filled the gap, reached out for her, and took her hand to help her stand.

“Am I not your husband now?” he questioned her with words that stung like needle pricks to her heart. But, didn’t make sense to Victoria. Did he genuinely want her? She was someone so pathetic that even her own father thought a nuisance? Could this man, the hero of humanity, love her? of course not. He’d soon cast her aside or take a concubine. “I asked you a question,” he spoke once more, his tone harsh as it grated against her nerves.

“A-are y-you s-sure you w-want me? A-as your wife?” she asked, and unsurprisingly, Remus was pissed, and she was sure he’d hit her, pound her into the ground like her father. A gaze similar to her father’s, usually followed by the sting of his cane, fell upon her. Victoria’s body posture was still defensive as she leaned away, favoring her left leg that bore her prosthetic. She did it now. She said something wrong. Does he hate her now? Is he going to hit me?

The guards were too afraid to step in and attack the hero of humanity. But while everyone else wandered in limbo, Victoria was ready for her punishment. Her eyes clenched shut, and chin tucked while pulling away from Remus, a deep sigh escaping his lips.

“Do you think I’m someone who would throw his vows away so easily?” was all she heard before her eyes shot open. Remus wrapped his arm around her waist, pulling her in close. Their bodies pulled together; Remus’s free hand cupped Victoria’s face, brought her gaze to his before his lips locked onto hers. Victoria’s mind screamed as her hands braced against his chest. His words and actions were opposite from everything she predicted. Her eyes drifted closed as she fell into the kiss and accompanied embrace that seemed to calm her tremors. For her, what felt like forever, was over in a moment. Remus pulled back as they settled, and her shy and embarrassed demeanor made him think she was uninterested. “I guess you think less of me,” he answered, releasing her from his grasp. Her soul felt like she was being consumed by darkness upon his release. He misunderstood her.  She did not think less of him. While Remus did seemed cold and vicious, just like the rumors, that embrace and kiss reminded her of their wedding night a year ago, granted kissing was all they did. She had forgotten he was not her father, her mind screamed for her to reach for him, and without a second thought, she grabbed his hand.

“P-please don’t l-leave me,” she mumbled, tripping and falling as pain shot up her left leg. But Remus turned to catch her, picking Victoria up in a fluid motion that made it look intentional. Her face turned red, the full grasp of the situation becoming clear. She was his wife, and he was here to take her with him.

“Where do you think you’re going?” Duke Evelyn shouted, raising his cane to strike Remus. But a plasma blade extended from EDNA’s hand as it separated, cutting his cane in half. The action caused him to collapse and crawl back in fear. EDNA’s hand closed while the blade retracted.

“You no longer have a claim to Victoria, and she is no longer your daughter,” Remus answered, turning with a glare that stifled Duke Evelyn’s breathing. EDNA followed Remus as he left the grand hall. 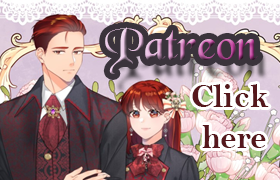 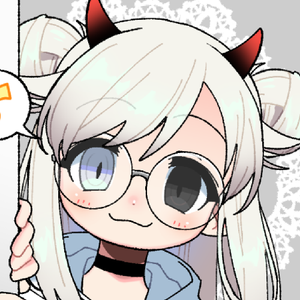 I love it already! It's amazing. 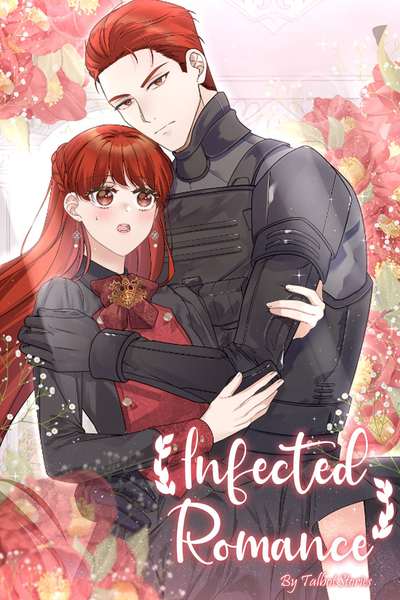 Duke Remus stood apart from the rest. Surviving infection from the Alien Scourge, the masses saw him as filthy. Marriage prospects were almost non-existent, except for one. A tool for her father’s frustrations and infected like him.

Returning from defeating the Alien Queen, the monstrous savior of humanity was missing his companion, held captive by her father’s plot. Unaware and seemingly unwanted, the question is, what happens next?

[I offer Patreon benefits to supporters starting at 1$ at https://www.patreon.com/TalbotStories?fan_landing=true]
Subscribe 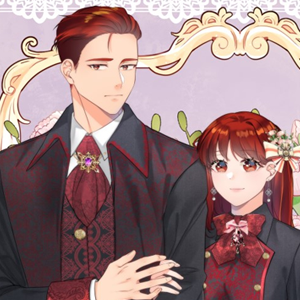