The day was bright and the tavern was full as usual, loud noises coming from the drunk guests, chewing on their poorly made food in between gulps of their ale mugs, feeling attractive enough to try their hands in every woman that met their eyes. The constant flow of waitresses maneuvering themselves between the tables while evading the uncalled hands trying to grab their butts. Nothing out of the ordinary.

A young waitress with dark curly hair swiftly avoids one of the patrons’ advances, slapping his hand while elegantly balancing her tray with drinks.

- Oh, come on Miah, I can take care of you, I’m a passionate and, somewhat, gentle lover – said the man in between hiccups – I would make an excellent husband!

- I’d believe that if your wife didn’t come here every day to make sure you didn’t waste all the house savings on alcohol and women – she does a little spin, leaving the man with a half-smile as his companions laughed, directing herself to an old man sitting at a table by himself.

His hairs were bright gray, the age could be seen in his skin, his eyes showed a tired and experienced life, but still, he was always there at the tavern, the best customer and an avid drinker. As the owner of The Rich Snake Inn would say “He is always sure to pay for his drinks and always brings ‘guests’, which means more money”.

Miah puts a full mug in front of the man as he returns with a smile.

- Thank you, my dear. You have a lot of strength to not kick them in the balls! – Said the man in laughter, taking a sip of his ale.

- Please, if I responded accordingly, I would spend my entire day kicking nuts and wouldn’t bring money back home – her face curled in annoyance as the men continued their antics – waiting for someone again?

- I wonder what kind of person will show up today, you always bring the most… unusual guests.

- Unusual is just a word we use to describe things we don’t understand, dear.

Before she could answer, a man yelled at her.

-Hey, waitress! My mug is empty!

Miah sighs – We’ll talk later, Ellywin – as she walks away from the old man, she yells at the bar – Get me two more!

Slowly sipping on his drink, used to the loud noises in the tavern that it felt more like a song that he heard every day, the routine he enjoyed. His mind lingered back to the request of an old friend, looking at the entrance door, just waiting for the moment his peace would go away.

It didn’t take long for the door to open.

No one else noticed, the coming and going of patrons on the place was common, but the one at the door immediately caught Ellywin’s eyes.

“Just as he described” – Ellywin thought to himself.

Standing at the door was a young girl, her stature suggested she was on her early teens, thirteen maybe fourteen years old, she was wearing oversized battered clothes and a long hood covering most of her face but the thing that stand out most about her was a beautiful adorned bow on her back, carved in white wood, with details that were clearly made by an expert artesian, no common folk would ever dream of handling such a piece, which only made it odder, considering her appearance.

She stood there for a few moments, searching inside the place, when her eyes crossed with Ellywin and she immediately started walking in his direction.

He started noticing more peculiarities in the girl as she approached. Her clothes were dirty in what seemed to be dried blood. Red markings in her arms and cheeks, brightly contrasted by her pale skin, markings she was clearly trying to hide, a small earring on her left earlobe, nothing fancy as nobles would wear, more like jewelry wore by gypsies, a surprisingly beautiful face, contoured by black hair that would go to her shoulders, small rounded lips, sculpted nose, with eyes that showed eastern heritage, far east, she would certainly grow up to become a beautiful woman, if life allowed her so. But her most prominent feature were her eyes, not because of their shape, but their color. The small amount of light that penetrated her hood was enough for Ellywin to see. Both iris and pupils were white, like the ones in a corpse, yet, somehow, they had a shine in them, a small amount of life, piercing through her tired swollen eyes.

The girl stopped in front of Ellywin’s table, she didn’t give him time to greet her.

- Where is he? – Her voice low, just as her head, she didn’t look directly at him.

- Please, my dear, take a seat, you seem to be pretty tired.

- WHERE IS HE?! - The girl slams her hands on the table, not letting Ellywin finish, spilling his ale on the floor. All the patrons stopped what they were doing, looking at the commotion, whispering among themselves.

Miah looks a bit scared as Ellywin signs to her, rapidly picking up her feet, she grabs an old piece of cloth and cleans the table.

- Please, calm down, there's no need for all of this... Take a seat, we will talk about everything you want to know – Biting her lip, the girl sits down as Ellywin whispers to Miah – Could you, please, bring us two more mugs and a bit of stew?

The waitress nods and heads back towards the bar, the other patrons starting to ignore what had just happened.

Looking back at the girl, Ellywin noticed her staring at him, expectantly, the old man crossing his hands over the table.

- I know you're looking for answers, Vellron came to me…

- You met him?! - She gets a bit excited, the old man singing to her to lower her voice.

- Yes, he told me you were coming, but before you ask, no, I don't know where he is... But he did tell me what happened…

The girl lowers her head again, grabbing the blood stain on her shirt.

She lifts her head again, visibly containing emotion in her eyes.

Miah returns with two ale mugs and a bowl of hot stew, placing one mug in front of each patron and the bowl in front of the girl. Going back to her work quickly, but trying to glimpse back at the two, her curiosity beating her.

Ellywin signs to the bowl, a soft smile on his face.

- Please, eat! It must have been a long trip, and considering how fast you arrived, did you even rest at all?

The girl starts slowly eating her food, making a negative with her head.

- Listen girl, I really don’t know where he is, but he did tell me to look out for you. Don’t get me wrong, I’m not here to take care of you, I’m not your new daddy nor your babysitter, but I will help you survive. I’ll give you work, so you can live by yourself, and that’s it, do you understand? – The girl nods, slowly eating her meal – I’m not gonna lie, there aren’t many people willing to work with a girl in this business, specially one so young and inexperienced, but I can manage, I won’t be able to offer much in the beginning, but, considering you’re Vellron’s pupil, you should be fine.

The girl stops eating for a moment, not looking back at Ellywin.

His eyebrows rise at the question but Ellywin only shrugs.

- I don’t know. Maybe you will, maybe you won’t. I can’t guarantee you, but you most definitely won’t if you don’t take care of yourself.

She finishes her food, leaving most of the ale untouched. Ellywin sighs.

- I suggest you rest for now, find someplace you can live cheaply, you won’t have much, but a roof over our heads is always good. Find me back here tomorrow, we’ll see what we can do.

The girl nods and gets up.

- Don’t thank me yet, I’m just doing a favor for a friend, but if everything goes right, I think we can get along. Now go rest girl, and wash yourself, you’re stinking.

Ellywin raises an eyebrow at the girl, midway through his drink.

The girl nods one more time and leaves. 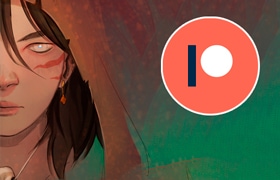 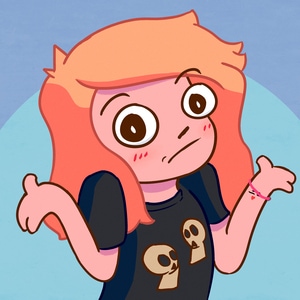 Special thanks to my friend Leo who revised the chapter, so any mistakes is on him.

As a fellow writer, I was led here by your reddit post! It was an enjoyable read, your descriptive language is engaging and your world-building and characters are believable and make me want more! I hope to able to read Chapter 1 soon!
Don't give up, if writing helps you. I have been doing the same for the past 30 years, getting very little support at all. What really matters is that the process of writing is some kind of catharsis in itself, and you might learn a lot about yourself until this novel is finished! 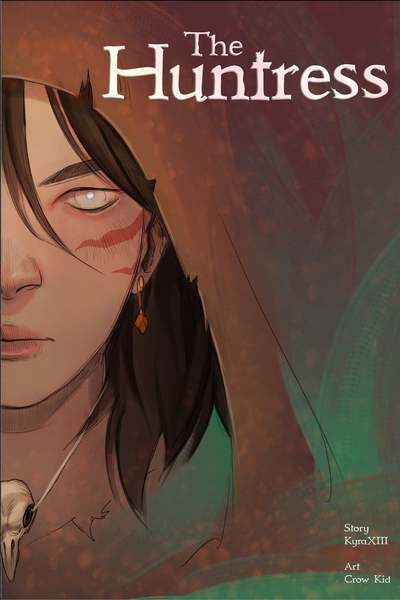 "The day my vision turned to black I saw the beauty of the world we lived in for the first time. I thought that beauty would last forever, but all I can see now is her face begging for help. Father, how am I suposse to keep onward?"

Yue was born in a poor but happy family. At a very young age her father passed away due to a sudden disease. Trying to provide for herself and her little sister she threw herself in danger among the woods. Losing her sight after being attacked by a bear, she heard something call her name. As she felt the shape of the bow under her fingers her eyes saw the world as if was made by the most skilled artist that have ever lived, her trance only being broken by the man who found her and would become her mentor. For five years she lived a happy life among her family, but tragedy would strike the life of the huntress.

This story is based of a tabletop RPG, World of Darkness, that I've played a few years ago. I've been wanting to tell it for quite awhile now, but do to several reasons I've never done it before.

I finally feel confident enough to start telling the story that means so much to me.

Early Acces for Patreons on Thursdays.

Also, go check out my friend Crow Kid, who did the amazing art for the cover: https://tapas.io/mightycrowkid
Subscribe 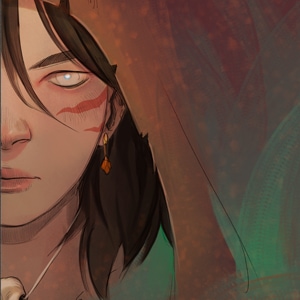