Kaden and his sister Kenny were wandering outside of the caverns one day, they found something unusual. Kaden and Kenny spot a sandy spot next to the river with sugar cane sitting on top of the sand. "Kenny is that sugar cane growing here?" Asked Kaden. Kenny examines them and answers with, "Yes, they appear to be like them." Kaden thinks about the sugar cane and gets an idea. "I got an idea, I decided to take one of the cane to make sugar." Said Kaden. "What do you intend on making with that sugar, anyway?" Asked Kenny. "A sculpture of me made of sugar and candy," Kaden Answered. Kaden reaches for one of the canes of sugar but is stopped by a feathery arm. "Hold on you sugar guzzling fatty!" Said the man whose feathery arm belonged to. Kaden looks at the man, he was a crane bird. His legs were covered by sugar cane, and they wielded what appeared to be a spear made with, yes, sugar cane with a knife at the end of it.
"How dare you try to steal our sugar cane?" Said the bird sternly. "Who are you anyway?" Said Kaden. "The Stork?" Kenny blurted out and laughed at. "You will pay the ultimate price!" "I'm the one all sugar eaters fear, The Sugar Crane!" Shouted the crane. "What are you gonna do to us?" Said Kaden. "Wait, I know, are you gonna give us just desserts?" Kaden joked and Kenny laughed a bit. "No seriously, watch are you gonna do to us?" Asked Kaden seriously this time. "I will call upon the spawn of death to rid you sweet suckers from the face to the forest." Said the bird. "Caaaaaaaaaaaaaaaaaaaaawww!!!!!!!" While making his loud squawk, a large group of cranes identical to him are charging toward Kaden and Kenny. "OMG! Run!" Yelled Kaden as he begins to run away. Kenny follows suit as they get chased by hundreds if not thousands of crane guarding sugar cane. *No rhyme intended* They retreat into the caverns to hide, the crane follows in the caverns too. One of the wolf knights notices them, "Hey! What in the heck do you think you guys are doing?" But one of the cranes pins him to a wall with the can spears.
Kaden would get the idea to go to his bear friend's place. Kaden thought that from his large size, he would be strong enough to fend them off. He arrives at his place and is greeted by him. Bunsen Bear first met Kaden in 1st Grade. He was always bullied because of his large size. He was always the biggest in all of the grades. This resulted in him getting a history of assaulting students, delinquency, hooliganism, and behavioral issues. This gave him the reputation of him hating everyone and everyone hating him back. Kaden became friends with him because he felt sorry for all the hate he receive. He even saved him from a mine accident one time and he never left his side since.
"Bun, help! Birds are coming!" Exclaimed Kaden. "Heh? Birds are coming? Who?" Asked Bunsen. "Those Sugar Crane ostriches." Answered Kaden. "Sugar?!" Bunsen exclaimed. He likes to eat sugary stuff more than anything. He runs outside and starts sucking on one of the crane's legs. Sucking the sugar off their legs. Bunsen shoots the bird whose legs he had sucked on at the incoming crowd like a blow dart. As the birds retreat, Bunsen exclaims, "Yeah! Looks like I got my dessert and you got your just desserts!" Kaden and Kenny laugh at Bunsen's joke.
Before we say good night, here's a picture of one of the sugar cranes. 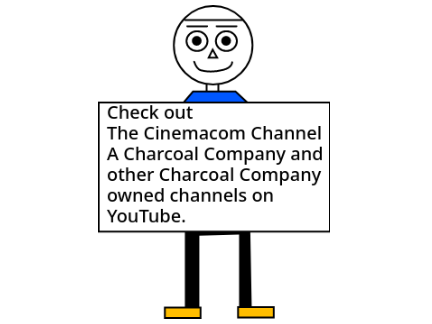 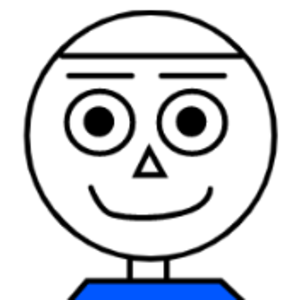 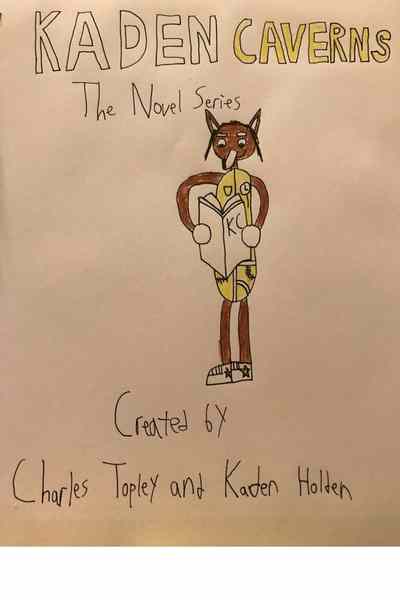 Kaden Caverns in book form. If I can't draw/animate it, I can write about it.
Subscribe 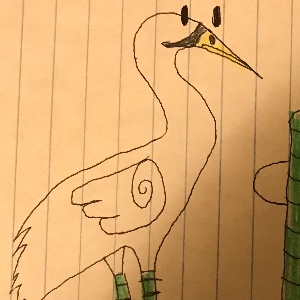