As she was falling in the depth of unconsciousness, she could feel on her stomach the warmth of his hand that, without success, was trying to halt the slow, but unstoppable, flow of blood.

And she knew she wasn't alone…

Finally, after three weeks, Valira was back home. She landed and dismounted his dragon, Neysat.

He was looking at her with a desolated gaze, his enormous red-dappled, golden eyes pleading. He knew he had to go back to the stables behind the temple, but he hated that place. She couldn't disagree with him: the space was small and depressing, in comparison to the great beasts that inhabited it. The stable's cleaning also wasn't the best:  the stench of burned meat and rancid blood was overwhelming. But still the dragons wouldn't have been able to live anywhere else in the immediate vicinity, and keeping them far way when there was an emergency wasn't the best of ideas.

Valira didn't like keeping him in that place, but with the promise of a ride every morning, she succeeded in persuading him.

After Neysat took off, making her cape lash in the wind, she began descending the long staircase that lead to the Shelter. As soon as she got underground the sweet and pervasive fragrance of mold crammed her nostrils. Reaching deeper down, there was also the stench of blood. Her stomach started turning on itself, and she had to swallow bitter, multiple times.

At the end of the staircase Valira approached an underground space carved in stone. She trembled lightly, and wrapped herself better in the woolen cape: there, the magic controlling the Shelter's temperature didn't reach.

On her right extended a long corridor with rows of identical doors on both sides. The only recognizable one was the last one on the left, that incorporated a black brass plate on the upper half, and glowed with a blue halo.

She stopped in front of the door, lightly tapping it to not awake the entirety of the Shelter. From the inside a voice ordered her to enter. She obeyed, closing the door behind herself once in, and then kneeling with her hands on her chest, in the traditional hail of the Sect. The voice who first spoke now demanded for her to rise, and again, she obeyed.

In front of her sat, stern, a tall and grave man, which she knew was about sixty years old; a person who didn't know him, though, could think he was less than fifty years old: his practiced and muscular body could be seen under the black-hemmed red tunic, and his face, framed by totally black curls, was almost untouched by age signs. Behind the bone-rimmed glasses, his intense black eyes gleamed. He sat at a dark wooden table, intent in the reading of a prohibited magic book. She stayed still, with her gaze set in front of her, until the man didn't get up.

«Welcome back, Valira. You're early, as usual.» He smiled «I'm proud of you, my child.»

Valira answered with a nod of her head.

Lohsey, that was the man's name, asked her some questions on the mission, to which she responded with gestures, nods and, when necessary, with short and concise periods. After the brief conversation he dismissed her to go back to his book.

Valira exited the study and went back through the corridor, making her way to the Temple. In the Shelter there were two temples: the surface one, smaller, used by believers, and the underground one. That was the Temple used by Priests, Cultists and the Guild's members. And it was the Temple where Valira knew her sister would be.

At the cavern's ingress she stopped and looked around. In front of her an enormous round pool would constantly be alimented by two monstrous mouths carved in the wall, which threw out blood. In the middle of the pool, with their feet immersed in the blood, stood two statues: on the left, sculpted from pure lunar crystal, gleamed candid the figure of Surna, God of Creation. On the right, in black crystal, soared the terrible figure of Khoer, God of Destruction. The statues held hands and touched their foreheads together. in front of the blood pool was the Altar of Sacrifices and Births, a stone block rudely sculpted in a vaguely rectangular form, and placed on two wooden pillars.

Kneeled in front of the altar was her, Valira's younger sister,  whispering prayers. Valira smiled and sneaked to her, then grabbed her waist. The girl turned around, repressing a screech and falling backwards. While falling she hit her back on the Altar and groaned from pain.

«For the soul of Surna the Merciful!» She then screamed, falling on the ground.

«Hi, Eycil.» Valira smiled at her sister's carelessness «I discern your training is bearing results.»

Eycil looked at her with a pout.

«How funny.» she said sarcastically «What the Hell, Valira! Don't go all sneaky on me. I'm sure one of these days you're going to make my heart burst.» She lamented, taking the hand her sister extended to her and getting up thanks to it.

«I missed you, Cy.» she took her other hand and smiled again. Eycil smiled too.

«Me too, Lira.» she freed her hands from her sisters' to wrap her arms around the other's waist.

Valira then hugged her shoulders and put her forehead in the other's neck hollow. After a few moments she detached herself to hold Eycil's face in her hands.

Even if they were twin sister, they didn't resemble each other at all:

Valira's big and deep eyes, black as a moonless night, where contrasted by Eycil's light ones, which changed from grey, to blue, to green depending on the lighting. The massive amount of dark and untamed curls of the older wasn't nearly comparable to the younger's silky black hair, which cascaded under her knees.

Even their body types where completely different: Valira was strong-built and muscular, with soft, evident curves. She usually wore her Assassin's uniform but, when she didn't, she preferred leather pants and large blouses.

Eycil, on the other hand was thin, with a delicate frame and an almost flat chest, but with feminine hips. Her position as High Priestess of Surna requested of her to always wear a simple white vest, with a different colored and shaped pattern on the stomach for every occasion.

The only things they had in common where the lips, full and lush, and the milky-white complexion. And the love they felt for each other.

Eycil smiled sweetly, touching one of the hands placed on her cheeks.

«So?» she asked merrily «how was the mission? Where did you go this time? Did you bring me something tasty to eat? Did Neysat tire too much? Maybe I should bring him a treat later... Anyway! What did our father tell you when-...»

Valira put a hand on her mouth to shut her off.

The younger girl glared at her with an expression of utmost affront, with her sisters' hand still on her mouth, but melted right away.

«Alright, I'll let you off for this night. But you have to tell me everything tomorrow!» 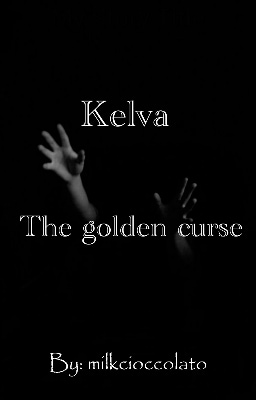 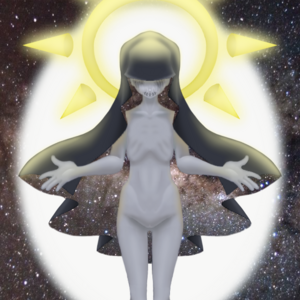 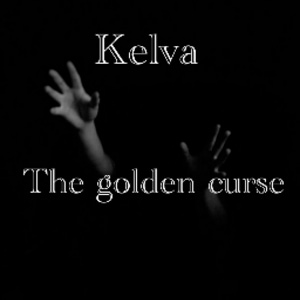 Two sisters find themselves in the midst of the powerful's fight for the kingdom: the Queen is hunting for them, the Assassin's Guild is trying to get them back, and the Gods turn out to be not what they expected...
And if this wasn't enough, they also have to fight a curse.
Subscribe 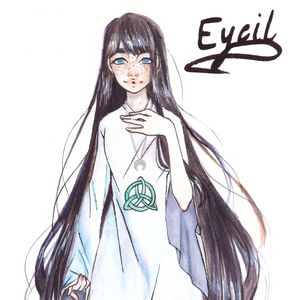