There I was sitting on the toilet taking the longest most meaningful shit of my life thinking about all the years of wasted life I’d lived.

A wife who cheats on me, a delinquent son who won’t listen to me and a daughter who treats me as a living ATM.

I deserved better than this shit I thought as I turned my gaze towards the open window the gentle breeze blowing in from the ocean was soothing to my weary soul.

I had ended up just as my father said a useless waste of sperm who would never do anything meaningful in his life.

Fuck it I thought what do I owe to anyone they’ve all spat on me and given up on me so why should I consider doing anything for them let’s see how they get on when I remove myself from the picture.

Damn ungrateful bastards I muttered still staring out the window It didn’t take long for me to make a decision I stepped up towards the window. I starred down an eleven story drop right onto cold hard asphalt.

I collected my thoughts and stepped forward dangling one leg over the edge all it would take is one more step bringing this shit show of a life to a suitable conclusion.

A dead end for a dead end life i inhaled my final breath and leapt.

I fell fast towards the ground closing my eyes and waiting for the impact, a single thought raced through my mind it wasn’t regret, it wasn’t anger or spite it was a solemn wish. A wish to be reincarnated into someone meaningful and strong in the next life.

I felt nothing no impact no searing pain everything turned into a dark void, an abyss devoid of anything living or dead, a purgatory. I don’t want to stay here I thought, is this hell or worse?

Than a voice silky smooth cut through the silence filling my ears with it’s sweet song.

“Well, well we have another.” the voice said.

“ Who are you?” I said sluggishly

“ Shut up you ugly bastard”

“ I am the goddess of this realm. Neigh of all realms the mighty, the resplendent, the outlandishly gorgeous Elpheria the goddess of purgatorial reincarnation.

In a flash of blinding white light I was in a room resembling a court room seated in a leather seat and sitting opposite me was this self proclaimed goddess.

“Stop gawking at my immaculate breasts you dirty old man."

No response huh, that usually get's em. Oh well let’s get on to business I’m a busy woman."

" Mr Atsushi Anno, 37 year old future divorcee and failure as both a husband and a father. Truly what a pathetic specimen of humanity you are”

“Say what you want I don’t care anymore. I’m dead just send on my way to hell already and conclude this sob story.” I said lowering my head.

“Wow you really are dense aren’t you? Like even for humans you’re dumb. Weren’t you listening to a word i said? I’m Elpheria the goddess of purgatorial reincarnation. We’re in the purgatory portion so what comes next?”

The goddess smugly looked down on me the expression on her face kindling memories of my wife or should I say my former wife.

“Can we just get on with it already You smug bitch.” the bitter words crawled of my tongue like a spider.

“My, oh my there is some back bone in that spineless body of yours.”

“ I want to be reincarnated and I want to have the one thing I lacked during my miserable time on earth.” I said rising from my seat.

“Well I can appreciate a man who knows what he wants.”

The goddess said licking her lips. “So you’re not a complete disappointment I suppose.” The goddess rose from her seat and twriled towards me.

”I want an amazing body and power surpassing my wildest dreams.” I said forcing a smile. The goddess returned my smile with one of her own, It wasn’t like the condescending mockery from before it was laced with warmth and sincerity.

“Congratulations Atsushi you finally passed something in your life. Most people lose their temper with me and attempt to physically attack me. You retained your composure despite me getting under your skin and for that you’ve earned my respect.”

The goddess rested her small hands on my shoulder and looked into my eyes still smiling, I supposed that passing her test was a rare feat. Oh well all those years of being a punching bag for my dad, boss, wife and children had trained me well.

“ You’re requests are rather demanding but I’ll see what I can do, I owe you that much at least.” The goddess clapped her hands and a bright red circle appeared by my feet I became surrounded by crimson light.

“Now don’t panic you won’t remember anything about your past life or this interaction once you cross over. Just go with the flow! Best of luck out there Atsushi”

Warm tears streamed down my cheeks and before I realized it I was crying like a baby it had been years since someone looked at me with warm eyes and words of encouragement. It was enough to level me and bring me to my knees.

“Thank you goddess, I pray we meet again” I said

“ That’s not happening, Don’t worry you won’t remember me anyway in a few moments dumbass"

Before I could part my lips and muster a response I had lost consciousness swallowed by the searing red light.

I awoke a groggy mess with a throbbing headache and dry throat. My chest felt heavy so I lowered my gaze to find a buxom set of breasts clinging to my chest

“Holy shit” I thought to myself. “I’m a god damn girl”

The goddess wasn’t lying Atsushi Anno was most assuredly dead and buried. However the life of the

marvelous, magnificent, genius Shinobu Shikishima was just beginning. Gather round and listen to the tale of  how I became the feared sorceress known as Bloody Mari. 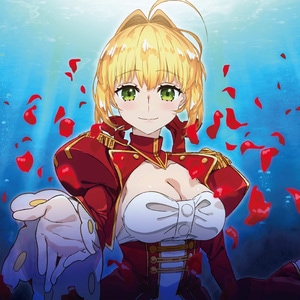 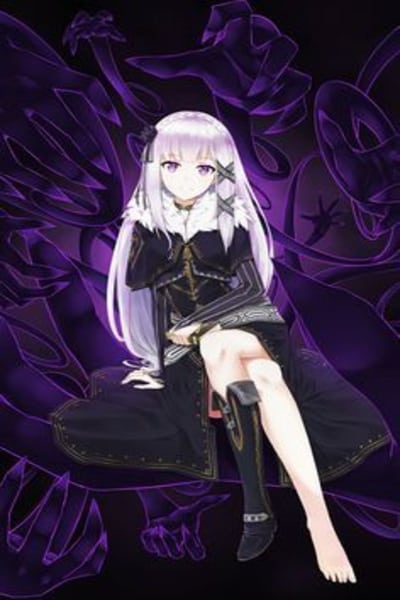 Kodomajo: I died a lonely death but was reincarnated as a powerful witch in another world but i'm a total glass cannon.

Atsushi Anno is a 37 year old Japanese salary man who commits suicide by jumping from the eleven story bathroom window of his family apartment. He dies and awakens into a void where a self proclaimed goddess tells him that he's in purgatory waiting to be reincarnated. He passes the goddesses test and is reborn into a new world as a female sorcerer.

This is the turbulent tale of how a nobody with a dead end life became one of the most feared sorceresses of all time. This is the story of Shinobu Shikishima.
Subscribe 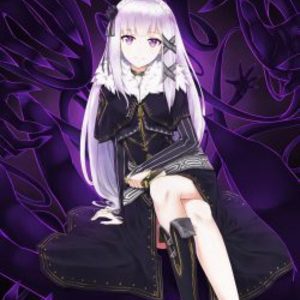