He cut her arm, exposing the everything within. She screamed. Blood dripped down her arm, the chair, onto her bare legs. He dug his fingers into her arm. He felt her muscles, grazed the bone. He shook in excitement at the sounds she was making, at the way the tendons and muscles felt when she moved. He wanted to dig deeper. His fingers were in between her radius and ulna. He could feel the flesh past that, could feel the armrest it laid on. She pleaded, crying. He smiled, removed his hand. He stood staring at her wrecked face. At the mascara running down her cheeks. The way her mouth moved as she begged for her life. No body, no crime, his classmate used to say. No body, no crime, he repeated in his head. He read it tasted like chicken, but others disagreed and said it tasted like pork. Which was it, chicken, or pork? It was vital he knew. He needed to prepare the way he would chicken, or the way he would pork. Would the organs taste like haggish? Could he make a stock out of the bones? He needed to know. He needed to know. He pulled out every bit of flesh he could from the slit in her arm. He held the strings of meat in his hands. No body, no crime. Could he eat the veins? She’s covered in hair; he’ll have to shave her before he prepares it. He couldn’t eat her brain. He read somewhere it causes madness or death—he couldn’t remember which. He’ll say his sister died and she wanted her brain to be donated to science. She always thought she had OCD.

“Did they tell you you’re pretty,” he brought his hands from his face, “when you cry? You’re not. I don’t know what man would be attracted to a crying pig.” He looked at her body, picking the bloodied knife off the floor. The eyes. Could he eat her eyes? He imagined they were like tomatoes when eaten. If he bit into them a certain way would they explode? Maybe if he cut them up he could stomach it. “Hey, tell me, are you okay?”

“I wonder if the shock or the blood loss will kill you first.” He smiled, it faltered. “What do you think?” He grabbed her breast and started to cut. Slicing through the tissue. She screamed, cried, the pain she felt was making him excited. Her breast came off in his hand and he looked at it. “I did you a favor. See here?” He held her breast up for her to see, unaware that she had passed out. He pointed to a lump. “You’d have to get them removed at some point.”

Blood pooled down her naked body, seeping into the wooden chair under her, dripping onto the concrete floor. He put the knife on a table, the breast in her lap, told her he would be back soon. He walked up the wooden stairs to the ground floor. Over the sink, he licked most of her blood off his hands before scrubbing them clean.

He found pleasure in imagining her mutilated body and relieved himself each time he did. He read the news in the following days, telling the dead woman no one had reported her missing. He could very well bury this body, but it was already engrained into him: No body, no crime. He could only stall for so long before she would go bad. He moved her limp body to a table, putting the breast he’d cut off into a labeled container. He cut her hair short and shoved the tufts of hair into a bag. He could use this as kindling in the coming months. He shaved her head, her body, every piece of hair needed to be removed. He put on gloves and an apron before he started dismantling her.

He began with her hands. He plied off her fingernails and placed them in a trashcan. He cut as much meat off the bones as he could. The meat found its home in its own labeled container; the bones were put in a large tub. He continued this process for every bit of her. Organs, meat, bones, all were placed in the large tub or in their own containers. He watched as she slowly become nothing, no longer a recognizable person. He washed as much of the lingering meat off her bones as he could. He kept the bones down in the basement deciding he’d retrieve them when needed. There was more bone than he knew what to do with. Maybe he could sell some of it as stock, claim it as beef. People will believe whatever the stores tell them. He brought the containers full of her to his fridge. At some point he’d have to cook her. Eat her.

She was a pig to him. He’d cook her up like pork. Marinate her. Grill her. Braise her. Broil her. His mouth was watering just thinking of it. He’d have to experiment, test out different spices, different ways. He started preparing a marinate. He reckoned the thigh meat would be perfect. It was plump, juicy, not too fatty. He pulled the container from the fridge feeling ravaged. He wanted to shovel handfuls of the uncooked meat into his mouth. He restrained himself just barely. He didn’t know if eating uncooked human would cause him harm and he didn’t wish to find out.

He thought of himself while he mixed up the marinate. Something long ago. His father had asked him why he killed the cat. He didn’t know the intricacies behind the why, he only knew it had hissed at him. It had pissed him off and he stepped on it until he felt the spine break. Simply because it had made him mad. It wasn’t their cat, his father had explained to him, he couldn’t go around killing the neighbors’ pets. But his father had then asked him something that threw him off guard: if a dog had barked at him would he do the same? He had answered his father no because dogs were stupid; he couldn’t blame a dumb dog for being an idiot. Cats, on the other hand, had intelligence and needed to be held accountable.

“What if one of your school mates yelled at you?” His father asked. “Would you do the same?”

He stared his father in the eyes and answered, “Humans are more intelligent than cats and must be held accountable.”

His father let out a sound between disappointment and curiosity. “Do you understand that you can’t go around killing animals and your school mates?”

“Then why did you kill the cat?” His father asked. “Why would you kill your school mates?”

“Because no one else will.” He answered.

He didn’t like his brain. It worked in ways considered abnormal. That’s what all those doctors told him, at least. He believed them in the way any impressionable boy would. They held more power over him, he understood that. He didn’t like that they held more power over him, but he had to sit quietly. Maybe they’ll slip up, he thought. Say something he could get them fired for. That must have been one of the ways his brain didn’t work normally. He thought the concoction of pills they forced him to take were to sedate him. He refused at first, told his parents he would never take them. They had to watch him swallow those pills. He practiced rolling them around in his mouth. He was able to make it seem like he had swallowed them. He’d flush them down the toilet first chance he had. He believed that was normal.

He put the marinate in a bag, then added the thigh meat. He rolled the meat around in the bag, coating it in every inch of the marinate. He placed it in the fridge. Overnight the meat would soak in the marinate, giving birth to flavor he could only imagine. He wanted to taste it now. He had to be patient, as much as he hated it. If he slept, night would come sooner. He was too excited; he wouldn’t be able to sleep. He needed to do something to take his mind off everything. Read. Watch television. Scroll the internet. He could watch those videos on blacklisted sites he enjoyed so much. The ones were they tortured people, animals, lower life forms on camera. That’s how he got his inspiration. Eating her, however, was all his classmate’s idea. He wanted to watch those videos, see how others did it. He was an amateur by their standards. He only just started.

Watching those videos through the night he never considered targeting the things they cared about. Emotional and mental torment could be powerful. A woman who valued her appearance above all else could be destroyed by cutting her hair, peeling off her nails, smearing her make-up. Women who care about animals could be defeated by murdering one in front of her. Compared to the ones who were physically tortured, they made different sounds. The sounds of a woman distraught over her favorite things was sadder than one who got cut, or flesh gouged out. They cried more emphatically. He thought of making videos to post to these sites as night turned to morning. It was easy to find the first woman, he figured he could do it again.

He wanted to eat her, and his stomach agreed. He must be patient. Cereal for breakfast, salad for lunch, the delicacy for dinner. Was it always this hard to control himself? Impulse, impulse, impulse, he was always impulsive. He didn’t think twice about killing the woman. He was only mildly disgusted by the idea of eating her. But that had been removed as he convinced himself it was needed. That was only thing he could think about. He needed to eat her. He needed to eat her now.

Control yourself, that’s what they always told him. He couldn’t do what he wanted at school. He couldn’t do what he wanted at home. It wasn’t until years later he could live with few rules; rules dictated to him by society. He broke those rules, he was free. Free to live how he wanted, do what he wanted, eat what he wanted. And he wanted to eat her. Eat her until he himself was a pig. He couldn’t wait past eleven. He made it to an early lunch. He didn’t want the neighbors to smell his meal. He didn’t know if they’d bother him, or if they’d call the cops. It was better to be left alone. He cooked the marinated meat in his oven, unsure for how long or how it was supposed to look. He treated it like pork, like the pig she was. He couldn’t wait for it to cool. He cut into it, his mouth watering as juices spilled out. He burned his tongue on the unique flavor. He shoveled the meat into his mouth. He was never addicted to anything. Now that was changing. 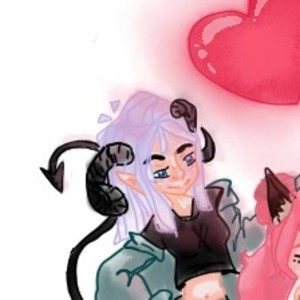 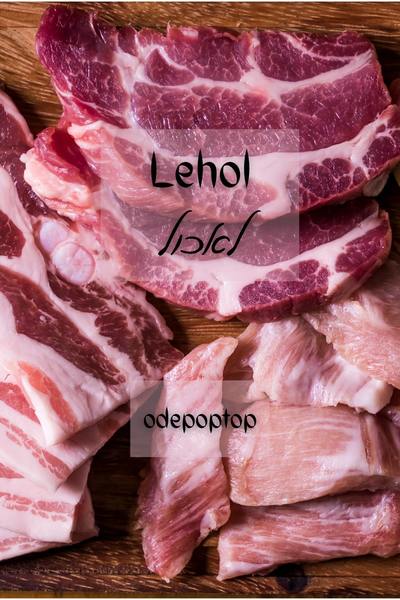 Isaiah has always been "abnormal", and it didn't take a group of doctors for him to figure that out. But what happens when he pursues these abnormal desires after they become too much for him to subdue? A three part horror short story meant for mature audiences.
Subscribe 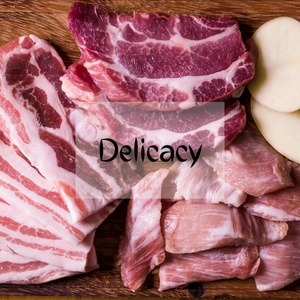