A young girl with short jet-black hair wearing a school uniform look out the window with black eyes as she sighed and getting her stuff together, she walks out of her room and downstairs to the kitchen and sees an older woman with long black hair tie into a bun wearing a white kimono cooking breakfast as she turns around and smiled "Good morning, Kaoru."

"Morning mom." Kaoru sighed as she grabs herself an apple and starts to eat it. She sat down as her father was reading the newspaper, he was an older male with short black hair wearing a black dress shirt and blue pants, he looks at Kaoru with his blue eyes as she looks up "Morning dad."

"Kaoru." Her father looks at her as he put the newspaper down and sighed "I got a call with your teacher yesterday; there was an issue with your class, care to explain?"

"I'm got into an argument and a fight with a classmate," Kaoru said in a quiet tone. "She was telling everyone that she was better than everyone in the class, so I told her to shut up then she pushes me and I slap her."

Her father sighed of disappointment as he patted her head "Kaoru, I told many times if someone is pushing let it go."

"Yuji!" Yuji stops and turns around and sees his wife holding a frying pan "Mai, please."

Mai sighed and turn on the T.V. as the news was on, 'In Breaking news, another murder had been committed, the police are on the lookout of the main suspect.' Mai sighed in disbelief "Another murder."

Kaoru got up as she walks to the door, she put on her shoes and sighed "I'm leaving now." Yuji and Mai wave goodbye to her as she left her home. Mai heard the doorbell rings, Mai walks to the door as she opens and sees an odd man wearing teach coat and hat with mask and sunglasses. Mai looks confused as she spoke, "Can I help you?"

"I'm looking for Ms. Kaoru Koizumi." He spoke in a dark tone. "I want to talk to her about college."

"Oh well, she just left to go to school but you can come in and wait to return from school." Mai smiled as she let the masked man into her home. The Man walks in as the door closes.

In the hideout, in Shinjuku, Tokyo, Japan, a young female with a long purple hair tie in a ponytail, wearing a light pink tank top and white jeans with a white high heel look out of the window with her red eyes drinking her tea as A young female with short brown hair wearing a white dress shirt with a black vest, a black short and black boots look at the purple-haired woman with her blue eyes "Yui!"

Yui turns around and smiled at her "What's up Kei?"

Kei sighed as she crossed her arms "There was another murder today, the police found 2 dead bodies."

"I heard." Yui sighed in anger "Those sick fuckers!"

"I understand how upset you are." Kei said in a serious tone "I promise that we will stop them."

Yui look at her and smiled "Are you saying that because you have a crush on me?"

Kei blushed lightly as she sighed "No."

Soon after Kei and Yui fell a dark aura, Kei grabs her coat "We have got trouble! Yui!"

Yui got up, as she rushed out the door "SHIT."

Kaoru walks home from school as she yawns "Man, Today was tiring." as she was walking, she sees her next-door neighbor run to her as she pants "Kaoru! I'm sorry but it's your parent!" Kaoru rushes to her home and sees everyone around her house as there were police cars and officers were there. Kaoru rush inside her as the officers try to stop her but she pushes him back and runs inside.

"Mom! Dad!" Kaoru called out as she walks around, she stops to see blood on the floor that coming from the living room, Kaoru walk to the living and to her horror she sees her parent's dead body. Guts coming from the stomach, arms, and legs were cut off, the chest was ripped open, and Their head was placed on their lap.

Yui and Kei arrive at the crime scene and rush but stop by the office "Sorry but I can't let you in…..." Kei shows the barge "We're part of Liberation†Dreamers, please allowed us." He let them inside as they see Kaoru on the floor crying. Kei cover her mouth in shocked "Dear god!"

"SHIT, WE'RE TOO LATE!" Yui yelled in anger, she feels an aura as she looks at Kaoru 'Wait a second, could this girl be a demon hunter like us? Could she have the soul eyes?'

Day after her parent's death, at the Funeral House, People start to talk about Kaoru as they feel sorry for her "Poor Kaoru, she had seen her mother and father dead body!"

"What Kaoru going to do now?"

Kaoru wearing a black kimono look the photo of her parent as she got and walk out of the funeral home "Mom! Dad! Why this happen to you!" She started to tear up but this time in anger "I'm going to find the person who did this to you!"

"I know who did this to your parent, Miss Kaoru Koizumi" Yui walk up to Kaoru with Kei right next to her "it was the Brotherhood of Sinner, those sick fuckers have been these awful murders."

"Who are you?" Kaoru asked her

"My name is Yui Sakamoto." Yui smiled at her and look at Kei "And this is Kei Kannozaka, we are part of a group called Liberation†Dreamers."

"That right!" Yui smiled at Kaoru "We are demon hunter or Liberator; we hunt down demon-like monster known as horror."

"Kaoru Koizumi, you are a Liberator just like us." Kei nods and crosses her arms

Kaoru was shocked as she can't believe that she is hearing "Me a Liberator!!" 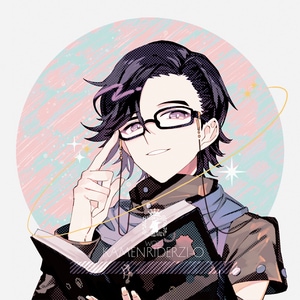 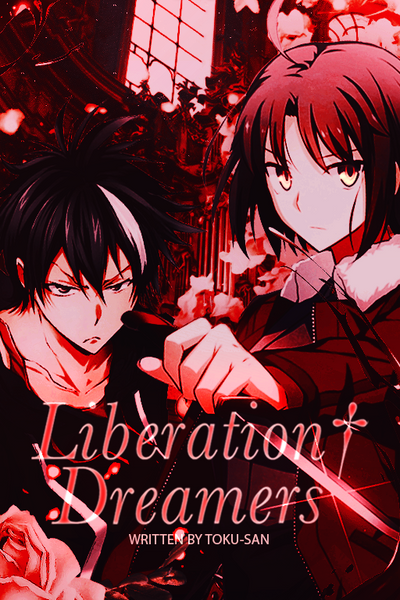 Kaoru Koizumi's life was normal at first until she found her parents' body in horror shocked. Kaoru doesn't know what is going on until she meets a girl named Yui Sakamoto, who is a Liberator and members of Liberation†Dreamers, a group who hunt down demon knowns as Horror to stop an evil organization called Brotherhood of Sinner who are responsible for the death of Kaoru's Parents.
Subscribe 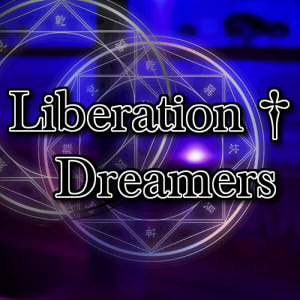