Fate is ink on paper, etched across the boundless pages.

Rebirth is the immersion of a new life through the gaze of a character.

Love is the most sublime virtue and vice exhibited through engagement.

And Time, in all its might, swallows sentences and phrases as it ticks on.

Transmigrations, reincarnations, evolutions, they have witnessed it all—a princess of a fallen nation pointing to a traitor, a cultivator taking on many burdens, and an underdog criticising the world. The lines in between the pages, the realities that have branched off of their words; these grand entities had set up the stages for these narratives to take place. They were the universe’s conductors.

It would be a mistaken belief that the beginning of everything started from this great Library. Though vast and neverending in their tales, it was merely but a decrepit sanctuary of hopes and dreams. Creation had long collapsed, fallen into a deep slumber much to the gods’ agony. With its final breaths, it formed the Library from its flesh and bones.

A serpentine annex of little worlds were then brought to life. Scrolls of the ancient past, collections of the present-day, sentences spun from their birth to their end developed themselves and emerged onto the blank surfaces of clay tablets and manuscripts of all kinds.

The decrepit sanctuary, withered and lifeless, soon became an association for stories that rekindled it anew. A book club made just for the gods. Their very own athenaeum—

“Why do I only get ten words in my description?” A childlike voice audibly whined, peering from behind the shoulder of an old man. “Time has fourteen, I counted them! That’s unfair!”

Clasping his calloused hands together with the child’s, enveloped in scars from papercuts, the man smiled ever so fondly. “It sounds rather poetic, and serves as the opening, no less. Wouldn’t you agree, Your Reverend?”

“I told you not to call me that, but if you say so…” A pout formed on the child’s lips, body slightly swaying at the heartfelt praise. “Why are you writing this anyway? Do you want to be a writer, sir?”

“I am no writer, Your Reverend. I am simply a storyteller.”

“What’s the difference? Are you giving it to someone else? Or is it a hobby of yours, like a personal diary or something?” The incessant questions were not at all bothersome. In fact, the old man very much welcomed it.

His eyes glazed over the words carefully written on the pages of the small journal; it had been an incomplete piece for the longest time. The fountain pen resting across its spine was of rich black colour, the rings gleaming an expensive gold, waiting. Letters and words weren’t to be expected from an uninspired soul, after all.

“Perhaps… it can be a foundation to something.” The old man trailed off, the cogworks in his head spinning little by little.

The ever so curious child tilted their head, platinum blonde locks falling over keen, silvery eyes. “Like what?”

“It is not at all my place to say such things, Your Reverend—”

“I told you to just call me by my name!”

“—But what if there is a way for the Versescape to live on forever?”

Silence descended among the two. In this very corner of the Library, within the vicinity of antiquity sections recounting countless feats of empires and their heroes, the childlike appearance of Fate glimmered. Live on forever, was it? The younger had heard such claims before, when Creation was still engulfing the entire universe under its warm embrace.

A promise of eternity...

The child followed the gaze of the old man and picked up the pen, holding it up for him to continue his writing. Only a small smile passed over his features then, as the older made no effort to accept it at all. With hands sitting on his chair’s armrests, this servant of the Library levelled his stare against Fate ever so gently.

“You do not know it yet, but you may be holding the bridge towards that place,” he said, dark eyes reflecting the small constellations sparkling everywhere; across the shelves, above the books, underneath and over floating tables and chairs. The Library was filled with the beauty of galaxies, of star systems. Its ceiling was painted with nebulas, crowned with distant planets and moons and stars. And yet, infinitude wasn’t found anywhere within them.

Words bubbled up to the surface of the child’s mind. Bridge...eternity...wanderer...star wanderer...

Fate then grasped the writing tool with their fingers and called upon three names. 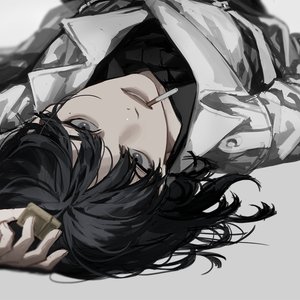 hello! thank you to whoever stumbled on this and is willing to read it, as it's my first ever novel on here. i hope you guys enjoyed it so far! i'm purely writing this for fun so you're all more than welcome to leave comments on how i should improve my writing and storytelling! <3

* this is also cross posted on webnovel !
* the lovely cover art was made by choco2on (fiverr) !! pls check them out, their works are so beautiful <3 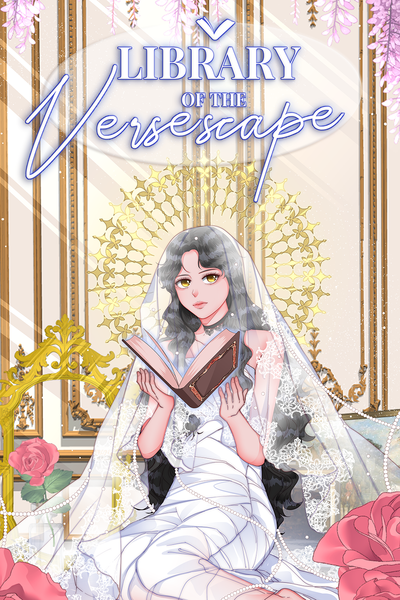 Across the galaxies, there is a book club hosted by four deities. From tragedies to passionate endings, Fate, Rebirth, Love, and Time are nothing more than ancient readers drunk on stories. And in order to savour such fables, they have devised a single consciousness that would act as their eyes and ears—a dimension traveller, in other words.

This traveller only has one purpose: to convey the worldly attachments of each and every storybook to these gods. So when a mysterious existence starts making their presence known and leaving their own mark within the pages, all for the traveller to find, a curiosity begins to blossom.

Perhaps there are more secrets that the universe holds, and perhaps it can be found in the Library of the Versescape. 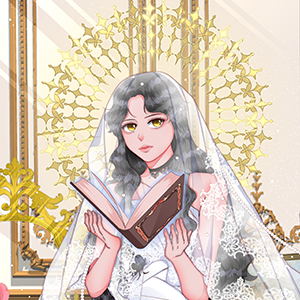