The young hooded man smiled as he looked at the ancient strangely painted mural in front of him. Surrounded by several humanoid statues, and some heteromorphic ones.

—Love can conquer all. Did I hear that in an old movie line?

—What are we waiting for, prophet? You have been awake for ten years, with no apparent purpose. This world is doomed. It has lost all ability to sustain itself. You are not prepared for the judgment of La'khan.

—You are wrong ancients, I had a revelation. It has already begun —he said as he spoke to the statues.

—Everything has a natural order, humans can change their destiny. And the gods can choose it. Small coincidences sometimes create new variants in destiny, as long as the birth is successful, then that one can choose. Right now... it is happening. Just appreciate, history will be written again. The birth of the twelve has begun.

And somewhere... underground, hidden in the city of LastHope the abundant and well-ordered candles on the floor illuminated a little this dark hall. Their figures —which seemed human— became momentarily visible to the dance of the flame.

They were children of the night, illumination was not one of their priorities.

Their bloodied and shameless lips forming cruel smiles were despicable.

Applause, kisses, and shouts in the corners managed to spread the branches of sin. The acts performed here were undoubtedly ominous, death and depravity were the light of this darkness rather than the flames of the candles.

Still others, sitting there clapping, screaming, or crying as they cut open their chests to pull out their hearts, fell to the ground "dead". And then they would get up again playing with excitement and vulgarity.

In the background, as the center of attention was the aptly named Eclair, well known to all here as the one who would fulfill the prophecy, also being the organizer of this feast and ritual.

—Oh my children, are you enjoying the feast? There is plenty of food! Women and children may be eaten freely. Or perhaps you wish to satiate other desires? There are no limits! Thanks to all of you who are the offspring of evil, we accumulate a great deal of dark energy.

Applause and shouts followed Eclair's words from a majority paying attention, a few were slaughtered by their peers, all were laughing with happiness and joy.

—We already have the dark energy! We only need to make it bloom! And for that, we have a human woman! It will be born purely, evil, true evil my children!

He made a sign and another of his subjects brought a woman tied on a stretcher. Exhibiting the terrified woman, the minion handed him a knife with which he immediately sacrificed her in front of the crowd, in excitement they responded with more applause and tears of joy.

—Oh... great king of darkness, come upon our misfortunes and drive our wickedness, awaken in our dance of madness sadness, and inhumanity, feel how despicable we are! Accept our ominous prayer!

As the woman died, slowly everyone became silent.

Blood poured out of the woman. Blood was spreading outside the woman's own body. It was like watching red snakes consuming the body of their host. As this was happening another being approached. And he held a smile as he walked.

—Oh my lord Caacrinolaas! Have you come to witness the birth?

—That is correct Eclair. I see you have gathered many faithful servants. Thanks to you the prophecy I told you long ago will be fulfilled. Let me hold such a beautiful treasure in my hands. —Said this being who had just arrived.

Eclair passed the knife to Caacrinolaas, which he proudly showed to the crowd. Celebrating like one who celebrates a great victory.

The prophecy said that, during the third blood moon, after a hundred millennia, just at the tenth hour and with the stars aligned, one of the most ancient creators would escape from his prison.

That night, it was this very night. Right now that being that had been locked up for a long time had finally escaped, and right now they only had a few seconds to call him here in this place.

For many years the vampires dedicated their lives to discover his name.

Until they finally knew it.

—Great creator of all, Seirath, here is the promised seed for your revival! Be reborn in flesh, bone, and blood!

The woman's body was consumed by an eternal curse that brought back to life the most horrible being this world could know.

Or so it must have happened.

It was only a few seconds, the tension was rising.

The candles were extinguished with a strong wind that left those present frozen —although they could not feel shivers.

The happiness and ecstasy they must have felt were not present.

Instead, a colossal fear was growing in their minds and hearts.

Finally, their consciousness had entered this plane.

The vampires were all looking at each other, they had paused the chaos to try to understand what was happening.

Though, naivety was their undoing.

"Offering me such a pathetic host? For what purpose? Are you planning to bend the great Seirath? To me...? To turn me into your pet?"

They for a few seconds managed to hear his voice in their heads. The voice of the ancient one defiled their minds and gave them a cruel chastisement.

"Offer me your lives. It is your punishment for trying to subjugate me against my will. I do not belong to you inferior beings."

The body of that woman, wrapped in demonic blood, began to float and the sound of her bones made a "crrgghh" sound. And then it exploded throwing Eclair and Caacrinolaas a few feet back. Eclair's eyes were wide open as he watched all of his servants die in ways beyond his ominous imagination.

—What is the meaning of this Caacrinolaas, the prophecy did not say this!

Caacrinolaas cruelly looked at the helpless and deceived Eclair.

—Eclair... but of course the prophecy was fulfilled. The sacrifice was successful... You! You have been the sacrifice! Haha ha ha haha!

As Eclair's dreams and illusions collapsed, Seirath took as many "lives" as he could, and his soul fled far from that place, racing through time to the first acceptable host. He had a few seconds left or else he would return to the prison he had just left.

He finally found her.

A sleeping girl, a beautiful girl, a pure and innocent soul. Young and full of vigor. Seirath had found the perfect host.

Seirath's vision was pure darkness. But slowly, a white dot in the distance grew larger, until it covered him with light. 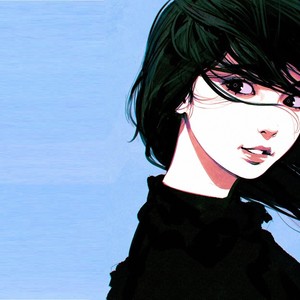 I love it, please more 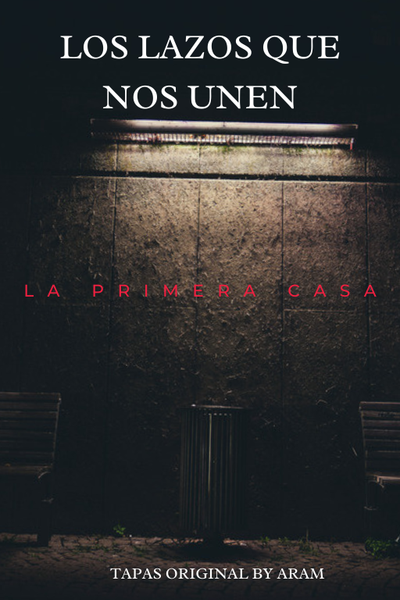 "There is something that unites us, beyond feelings and emotions, all living things share something in common, that something will be found by each one in his own way, by chance, or by decision."

In a village far from the main town of Last Hope, where people live casually and carefree, and also attached to a strange religion, lives Maiolaine Hetherington, who is being stalked by a demon. And she experiences quite a few paranormal phenomena.
Subscribe 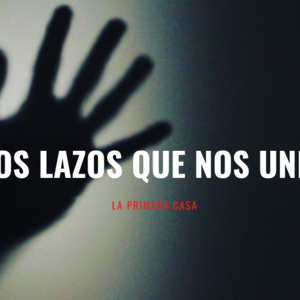