Demon. An other worldly monster that lingers in the umbral void, preying on our dark desires and evil secrets. Before the dawn of the Enlightened Era, nearly 350 years prior, Saint Elenora Marquin Tigres led the legendary Seraphim Crusade, cleansing this world of their presence. It's not wrong to say the entire religion of the Church of Nore, or the World Church as it is known now, was based upon this very fact. And in the nearly 350 years since the dawn of the Enlightened Era, the religious fervor of that war lingers on in the hearts of every follower of the World Church.

At first glance this information may seem like a lazy attempt to briefly summarize almost 350 years of history. And you're probably right. Fortunately for me, I wouldn't exactly call myself up to speed on the intricate lore of everything between then and now. The only thing I care to know about their beliefs is this:

In all of recorded history there has never existed a time period with more religious fanatics than now. It doesn't matter if you saw a monster steal your prized livestock right before your very eyes. To suggest that these dangerous night dwellers still continue to exist means that the Saint Tigres failed in her holy duty to cleanse our world of their filth. That makes you a heretic, and heretics are dealt with by extreme and swift violence.

The reason I say this now may seem cliche. But this very belief system, one at the center of this entire world order, is exactly why the reality of our situation is such a bitter pill to swallow.

They had marched for three days and three nights. The unwavering war path they had carved after Lockholm fell left the countryside in ruin. Any life, plant, animal or otherwise was extinguished; crushed underfoot as they carried on. When the horde had been given the order to halt their advance, none of them considered resting. They were going to get the order to attack soon enough, and so their monstrous cries echoed across the open field sending chills down the spines of all the would-be defenders of the city.

When the demon army came through the gate en masse most of Terals citizens ran for Evangale. The only ones to stay behind in the towns and villages were the non-believers. Unfortunately for them, it didn’t matter where they claimed to hail from. In the end, what remained of them were all assimilated into the horde, and the place they pitifully died protecting was burnt to the ground.

The demon's mobile fortress, The Spire, towered over them. It was carried on the back of one of their behemoths, giant four-legged beasts constructed from the combined mass of thousands of corpses. Underneath those titans marched the main force consisting of deadmen and geights. There were those among them that were not from this world, pure-bred demons gifted to them by their supreme leader, the exalts. The Demon General Praetor, stood at the top of his black tower leering down at the final city of their war path. He was beyond satisfied with his own performance. It was the perfect revenge he had always hoped for. The Aedisians were finished.

A dark voice called out to him from the back of his mind. “Do what you want with the city, but I want that man dead. Mess this up and I will kill you again. Am I to be understood?"  The voice subsided, leaving just as quickly as it had arrived. It sounded like a whisper, a psychic connection directly only to him, and it carried with it a very real and dangerous threat. His master was not to be trifled with. Praetor nodded slowly, despite him being alone both physically and mentally, as a chill went down his spine. The door to the viewing room opens and the exalt Centurion enters. Seeing Praetor's pale face he drops to a knee in an attempt to avert his eyes. He immediately discards the mental image, and speaks plainly before his eldest brother. "We've spotted them. They stand between us and the Aedisian army." Praetor's delayed response was carried with a cold and collected tone.

"...Send word to the others that their prey has arrived to play, and signal the army to advance. Let us finish this."

An armored woman stands defiantly atop a wall overlooking their last defensive line. The cobblestone construction used to be nothing but a ruin from a bygone era, but it served as the face for their base of operations. In terms of health, she was definitely in rough shape. Although her newly repaired armor covered most of it, bandages were hastily wrapped over newly reopened wounds, and her entire body was racked with fatigue. But she wasn’t about to give up here. She couldn’t give up. The plan was in motion and she needed to do her part.

The field before her was developed over the last season to work as their last defense. Pit falls, spike traps, trench lines, and makeshift forts scattered the battlefield before her. An orb hanging from her ear glows with a pale gray light. “Orma. Urul. What is your current status?”

“The vanguard stands ready at the first and second fort. We will do our utmost my lady.”

“The cannons are ready to fire on command. Just give the word.”

“That is all I could ever ask of you. Do you know where they are?”

“When he went ahead the rest of them went with. I trust you have no objection?”

“He wouldn’t listen to me either way. At the earliest sign of their movements, start firing the cannons.”

“I will. Also, one more thing, Princess. He told me to tell you: ‘This time for sure.’”

Although he couldn’t see her, she couldn’t help but smile. “Thank you Urul.” The glow of the orb dissipates. The quick exchange left her more relieved but the pit of her stomach twisted into a knot nevertheless. Even if Praetor is defeated they still have to defeat the demon army. They needed to hold them here or their country, no, possibly the entire world was doomed. She tightened her hand into a fist, and she called out with all her might to the soldiers that had gathered before her.

At this same moment, a small group of people gathered in the center of the field that separated the two armies. They all were watching the advance of the army they had sworn to stop at all costs, all feeling different things.

These were the emotions running through this group of so-called “Heros.”

The man standing at the front of their group took a step forward. The sky above them was a brilliant gradient of purple to crimson with the Sun falling just below the horizon. It was a vision reminiscent of a recent memory that he swore he’d never forget. Blue and black lightning crackles from his palm, the bolts slowly converge to take the form of a black saber. He turns to his companions, offering a reassuring nod. With no hesitation they step forward with him and they advance towards the demon army.

A single sentence is muttered under his breath. "Once I'm done with you Praetor… he's next." 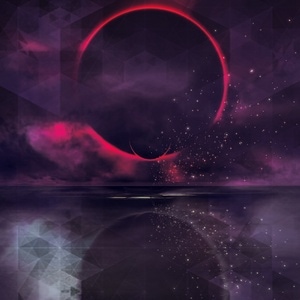 Well here we are. I've always been a fan of those "so yeah, I'm X, and this is how I got here" moments. When the time comes and this scene is actually put into the story it will be very different. I got a lot planned for this thing and I don't even want to consider just how long it will take it get there.

This is the first "web novel" I have decided to upload. It's pretty ambitious for a first project, but I think it'll be a good experience.

Regardless if you like or not, I appreciate it if you tell me. If by some chance this is read by even a few people and I get some feedback (good or bad) I can at least slowly get better.

Thank you for reading Lost Horizon. 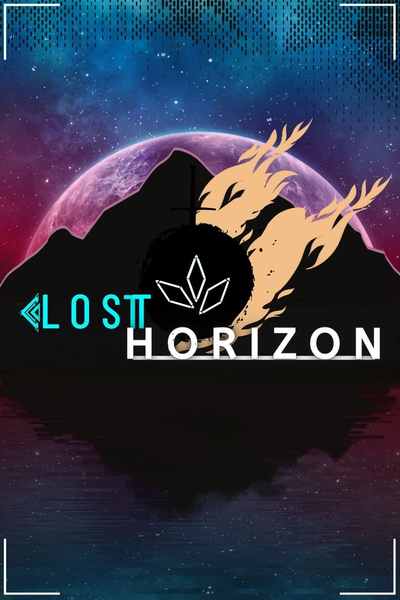 *This story is ongoing.
I've been working on this project for the past four years and I finally feel that it's ready to see the light of day. I don't have a schedule for uploads. I will work on a chapter and then release it in parts after I have finished it.
Subscribe 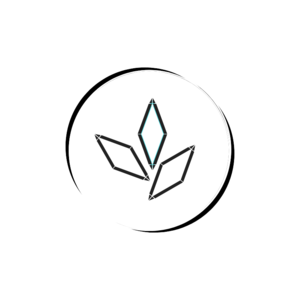