At a certain night a festival is being held to celebrate the legend of a couple's undying love for one another. Hundreds of fireworks will be launch at the festival. Proxy Paller our protagonist came to a secret place where flowers grow in different colors and a bright shining lake was there. He came to his secret place to watch the fireworks. It has the best view of the fireworks. When he has arrived at his secret place there was a woman. She has purple hair and is wearing a coat. The woman heard footsteps that mad her turn around. She then saw Proxy. She was a bit surprised she taught this place is uncommon for visitors. She smiled at Proxy that made Proxy surprised. Proxy begin to see a bright light shining at the woman. His eyes were sparkling and his heart was pounding. Proxy Paller, 16 years old has experience a case of love at first sight.
It was morning. Proxy's alarm clock was ringing. "Ugh morning already?". He took a glance on his table where the student id of the woman he saw that night. Or so he thought that it was a woman but it was a man. The student id says, Luxxen Verg, 18, Male, Star University. "So he was a man, such a beautiful man". He began to day dream of that night again. "Kyaaaa!!! it was so magical, like from a fairy tale a destined meeting". Proxy Paller who experience love at first sight for the first time is very red like a tomato.
Proxy came to school to talked to his best friend about transferring to Star University. "What!?" His friend Rain was very shock. "I want to see him again" Proxy said to Rain with a very serious face. Rain sighed. "I guess there's no helping it". Both of them took the entrance exam of Star University and both of them passed. Proxy is a quite smart. Rain transferred along with Proxy so that both of them won't be separated.
"So this is Star University it's so big...Amazing!" Rain was amazed about how grandious the school is. Star University is a school for the talented. Where people are admitted base on their abilities. Those who are not admitted needs to pass an entrance exam. "Let's go" Proxy said and pulled Rain's hand.
"These two will be your classmates from now on, please introduce yourselves" the teacher said. "I'm Proxy Paller nice to meet you". "I'm Rain Rway, nice to meet you all". Proxy and Rain took their seats. They were in the back row close to the window. The students started whispering about the two.
"Hey isn't that guy with the sharp eyes look scary"
"They both have blue eyes?"
"Is that really a guy? He looks like a girl"
Proxy doesn't have sharp eyes at all. He's eyes just looks sharp because his nervous in crowds. Rain on the other hand looks like a girl with his hair long by chin. People often misjudge those two.
They went to have lunch at the cafeteria. "So you guys are looking for someone?" A guy named John questioned the two. He's cute, short but leaves a strong presence.  "Yeah, that's right" Proxy nodded his head. "Let me see his student id" John reaches out for the id. Proxy gave the id to John. John's eyes widened and shouted in surprised. "It's the school's student President!!!". Proxy and Rain where shocked to know.
Proxy came to the student council room. Where the president might be. He was at the front door shaking. He is very nervous to see the president. His heart was pounding loudly but he plucked up enough courage to open the door. He opened it and was shocked to see what's in the room. 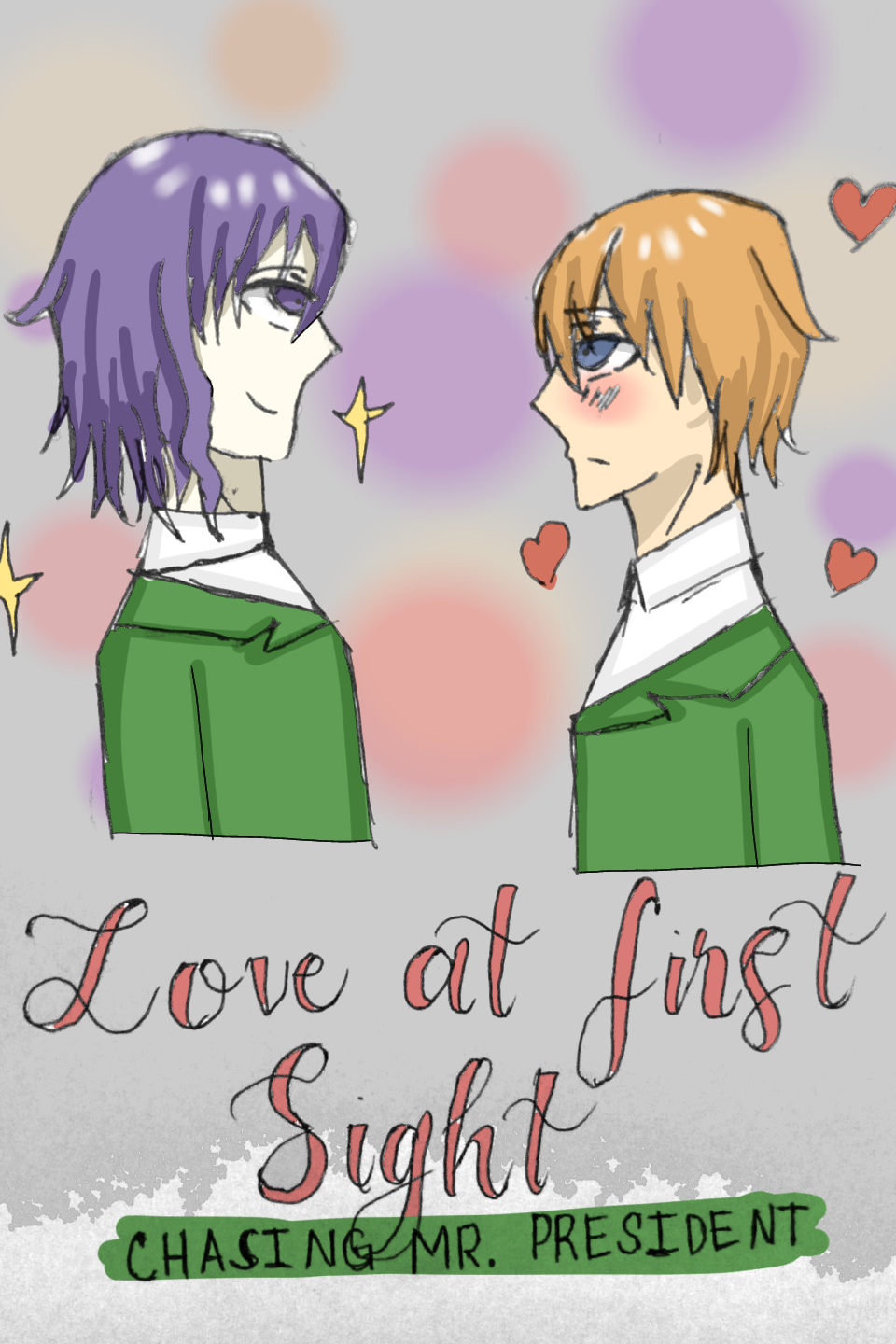 Proxy Paller will be engaging in battle of love. 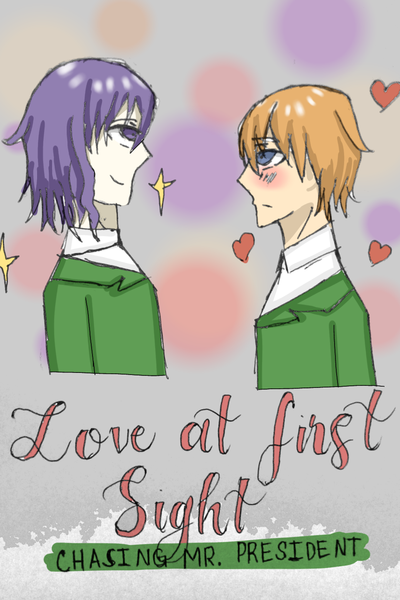 A story about two people creating their own fate. Falling for a stranger by first sight this is called Love at First sight. A strong affection towards that person you've just met. 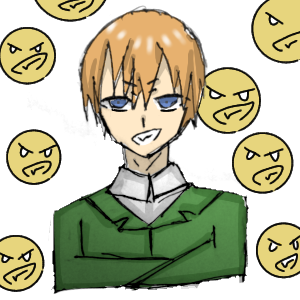