Make Way for the Villainess

The flashing lights and the yelling of her name was heard everywhere, as she covered her face with a hand inside her car. She had a hard time thinking of what she would do if her mother finds out.

"Just drive me out of here." She commanded the driver.

When they finally got out of the crowd and into the city, all she could notice was the painful advertisements with her face.

Glancing to the mirror, the driver averted their contact. She left a sigh and told the driver to drop her there. Done with the payment she left the car, as she walked the crowded streets with her head down, her brunette hair covering her sad expression. All she thought was how thankful that day is friday and everyone is busy during night time.

The loud ringtone from her pocket shook her senses, taking the phone out, the name on the screen gave her no chance but only made the beat of heart quicker.

"YOU UNGRATEFUL CHILD!!! HOW DARE YOU!!!" The deafening scold made some of the people surrounding her startled.

"I TOLD YOU, YOU CANNOT BE HAVING A RELATIONSHIP!! HOW MANY TIMES DO I HAVE TO TELL YOU?!?!"

"ITS MY LIFE!" Shiela yelled in anger. She e couldn't control her emotions anymore, she has done enough. All this time, she dedicated her life to a career that only benefits other people. Tears dripping from her face, she said it out loud.

"What about me...?" The other line left a long mocking sigh.

"What you have right now, the fame, money, and luxury, you deserve it..." she heard her mother clicked her tongue, that after she does it, she already know the words she is going to hear next.

"You are my daughter, you cannot act like this. I gave you what you have right now, and you don't deserve to suffer--"

Slamming her phone to the ground, she had enough. Anger has controlled her, and ran to the nearest train station. She is going far away, away from these nightmare, where no one could control her, and live a life she can make decisions.

Standing for her train to see her best friend, she wiped away the crying tears left on her face with her sleeves. Taking a deep breath, she is happy to finally to step out of the hell she have lived.

The named startled her, hoping it's someone else, she prayed no one will recognized her.

"Ah it's really you!" The person fangirls as she sreamed like a whisper.

She was recognized. Her stage name 'Erica' was known for being an idol who has beautiful voice, but she wasn't proud of it, as she remembered the hardships she have done just to achieve such notes to her range.

But something was off, Shiela have noticed from the past few weeks like someone was watching her. Everytime she goes out, or sneak out to see her boyfriend, someone was tailing her, not a paparazzi, but a crazy fan.

"I have read from the fansite that you are smart, but I guessed right!"

Shiela felt something sharp from the back of her leg.

"I just want to be close to you, I worked so hard for you to notice me. Yet you chose to ignore me..."

'This is ridiculous!' Shiela thought, she recognize her from every fanmeet and in one of her concert but she would never realize that the same person would put a knife on her.

"Why 'him'? I thought you were the type who wouldn't have any relationship?"

"You are my role model you know? And knowing you have gone this low, I'm really disappointed..."

Role model? Of course I know that! But there could still be a way for me to convince this fan that I have my own needs too!

"You are right, you have feelings and have the right to express them... but there is one thing you are wrong"

The sudden pain from her leg made her shriek but was only muffled as the fan hold her mouth with her hand.

"You're wrong..." having a hard time standing on one leg, she tried to support herself, but as the fan held her arms, Shiela struggled.

"We just have to remove the devil that has been living inside you, and end this-- who this is right now."

Tears dripping again from her face. 'This is hell! I can't live like this anymore!'

There was only one thing in Shiela's mind, her best friend. She need them right now, she will be safe and no one will ever get close to her ever again even her family. As she successfully broke free from the grasp of the crazy person, she stumbled and fell on to the railway.

The crowd gasped, not sure if it's the fact that a celebrity so well known was among them, or because she was in a place where it would be difficult to save her, since the train is approaching.

With the lights becoming more blinding to Shiela, and the crowd panics to save her. Shiela have nothing to do and just thought of the bitter life she had.

'So long my nightmare'

Gasping, and curling to the side of the bed, she coughed from the saliva she had choked.

"My lady, goodmorning it's time for--" with the rough cough coming from the so called lady, the maid hurriedly put the breakfast to a nearby table and hurried to the lady's side. With the glass on her hand she handed it to her.

"Lady Francheska, are you alright?" Gulping from the cup, and clearing her voice.

Wiping the sweat off from the lady's face "are you sure? You're sweating a lot my lady, perhaps breakfast will suffice your mood."

Grabbing the tray from the table, Shiela asked "w-what did you just call me?"

With a confused face, the maid showed a pitiful smile and then the genuine one.

No way... there is no way, I could be that person now!

Gripping the sheets, she stood from her bed and to the vanity. Staring to the mirror, it was the same appearance to the antagonist...

She have become Francheska Del Von Hartpinjer, the cruel villainess of the novel, And will die by the guillotine!

Stumbling to the floor, the maid ran to her side, and hugged her. The questions blocking her hearing from her surroundings, confused of what just happened to her life, her previous life.

With the force from the guards taking her, her mind went blank. now with a clear mind, she can hear clearly now.

Strangely remembering the words from her best friend from the novel, it was this part where the end is going to start.

"Francheska Del Von Hartpinjer, you are held responsible for the attempted killing of the crown prince." 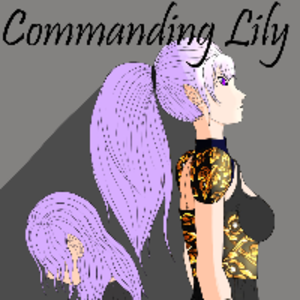 Interesting so far! A few spelling errors but the plot is starting off well :-) 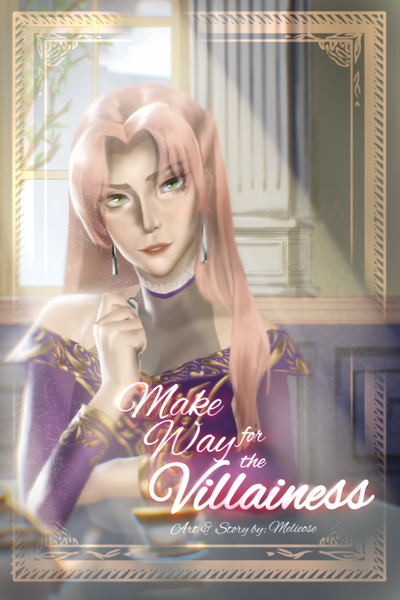 Make Way for the Villainess

Waking up in a room surrounded with luxurious things, her maid called her attention, Lady Frencheska she said, but that is not her name..

Recalling her dream a minute ago, she was sure that was her original life. Reaching the success yet... in the end she was like a pet used by her parents for their own selfishness.

Her hands gripping the sheets firmly, she swallowed her own saliva as she realize what her situation today. As she got up from the bed and to the mirror of the vanity, her eyes widened. "How could this happened" she thought, millions of questions running inside her head that she have gone crazy if she keeps on going. One thing for sure, this face, this character design is the same as the antagonist of the novel she have read!

Her knees became weak and stumbled to the floor, her hands reached to her neck as she remembered the end of the antagonist, death by the guillotine.

"Your highness!" Her maid rushed to her side.

Before she could answer, the loud bang of the door opening interrupted the concerned maid.

Four soldiers came as they draw their swords circling around the poor lady as she was held by her maid.

A man with a look of disgust and hatred was visible towards her as he uttered the following words.

"Take her, and step away from her"

The grip from her maid tightened around her, as she defends "No! I will not, nor will do anything you says!"

"Very well, take both of them." As the guards start approaching them, the maid struggled as she watched her lady get taken.

"This is nonsense! Lady Francheska did nothing wrong!"

"Nothing wrong..." the man repeated, turning to the Lady held by two guards, he spoke what led the situation.

"Francheska Del Von Hartpinjer, you are held responsible for the attempted killing of the crown prince."

As the words reached to the 'now' Francheska, her face grew pale as she remembered what her friend have told her.

This is the part where the antagonist is going to die.
Subscribe 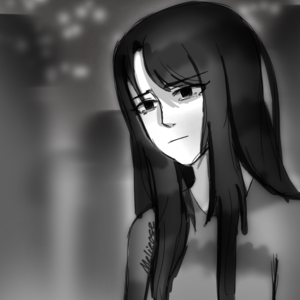