“That’ll show her,” I mumbled, brushing my hands off before making my way to the staircase. I spun the remaining pebble in my hand, watching as the soft blue hue slowly left the pebble. Glancing back, I caught the eye of the Orc I was sitting with. She seemed mildly upset, but in my defense, I didn’t lie to her, only withheld the truth. But bitches like the human, who was seated not two tables away, had it coming.

Ignoring the steel glare against the back of my head, no doubt from the human, I made my way back to my previous spot. Water was dripping off the table and pooled on the floor. Another wave of anger hit me, but I forced it down. I forced my eyes to open and my hands to unclench. Getting water spilled on you isn’t the worst, but it’s the little things that find a way to piss you off, and after the week I’ve been having, I couldn’t just let it go.

I was only minding my business, about halfway done with my glass of water when it got whacked out of my hands by some random stranger.

“Aw,” is the only thing that escaped my mouth at that moment, surprise pushing away my higher brain functions. A stupid smirk passed over the girl's mouth, almost neon blue eyes scrunching at the corners. She had on some robe over a pink heart bra, showing enough skin to highlight her body but not enough to make the assumption that she sleeps around, although she totally could. She eyed me over one more time before turning and making her way up to the second level of the tavern. A half-Orc got up and followed her, sitting close to her but not too close. I hear shuffling behind me, looking back to see a woman ruffling through the pockets of some drunkards passed out in the back tables. I ignored it, figuring it wouldn’t be worth the hassle. It’s their own fault for getting blackout drunk anyway. I fixed my eyes back on the balcony, the surprise wearing off with anger taking its place. Oh, I was so ready to overreact.

Standing up, I slid over to a potted plant in the corner, catching a weird eye from the bartender as I selected three pebbles from the base. Empowered by my plan, I set my sights on the Orc.

Making my way up the stairs, I made two assumptions. First off, it was clear the Orc was watching this human, the quick yet subtle glances that the girl had yet to pick up on, but my years spent playing mind games at parties had made me accustomed to the subtlety. Second, the Orc wouldn’t mind magic, they might even be fascinated by it. The mask, tight red braids, and light dress hinted at history in the desert, though I couldn’t recall any deserts in the area. I sat down across from the Orc like I would’ve an old friend. They cast me a weird look, but I ignored it, instead asking,

“How do you feel about mild annoyances?”

She seemed to consider this responding with a simple, “as long as no one’s getting hurt.”

Well fuck, I thought. This human was definitely gonna eat it for what they did. I got up to move tables, but she followed me. I guess I was a bit suspicious. I settled down to concentrate on my pebbles, focusing, mumbling as quietly as I could. When I was done, they had a faint blue hue.

“Whatcha doing there?” The girl asked me.

“Mild annoyances,” I responded with a slight smirk, but the girl only narrowed her magenta eyes at me.

Whatever, I figure, turning my attention back towards the human. Somehow, she hadn’t heard us come here, or if she had she wasn’t paying us any mind. Boy, was she gonna regret that.

With a flick of my wrist, I sent the pebble on a straight track to her armor’s weak point. I saw her double over in pain. The movement brought a slight tilt to my mouth. Karma. I slid one of the blue pebbles across the table to the Orc without looking and got up from the table.

I shook my head, getting rid of the memory, cooling myself down. I picked a spot near the water without sitting directly on it. I used an old rag from my bag to wipe down the table. I just finished as a raven-haired girl slid onto the bench next to me.

She settled in, brushing her hair away from her tanned face before turning to me with grey eyes that held a determination I hadn’t felt in a while. Pulling her teal cape over us in an attempt to be secretive, she asked me if I wanted to-

She pulled her shoulders up into a shrug. “Who doesn’t need money?” There was a mischievous, childish mannerism about her, despite her being maybe two years my elder. Unfortunately, that’s exactly what pulled me in. That and the fact I wouldn’t mind getting to know her a little better.

That thought made my heart hurt, an image of a set of a light green and brown eye flashing through my mind. I brushed it away, I’d drive myself mad if I didn’t.

Knowing this was a terrible idea, I caught the girl’s light grey eyes again, filled with more life than I knew how to feel despite their dull color.

I sighed, resigning any doubts I had. “Yes, I am.”

The bartender looked up as we crossed the tavern towards the bar. His long hair blonde tied back into a ponytail, complimenting his dull red vest. You could tell from his ears he was an elf, or maybe a half-elf, I wasn't sure. We took seats next to each other, and the girl took over the talking while I summoned my invisible servant man. Turns out, my new partner in crime was also a magic user, so we were fine. I sent a smile at the man before subtly turning my attention over his shoulder to look for a place they may keep the money. I couldn’t find anything, and on their way over the counter, my guy knocked some bottles over, causing a cacophony of banging as they tumbled to the ground. Fortunately, the bartender paid it no mind, picking up the bottles before turning back to us.

“So how can I help you, girls?” The man asked. I didn’t like the way he said that, like we were children. He couldn’t have been too much older than us, maybe ten years at most. But it’s hard to find a person who doesn't love to feel superior.

Ignoring his tone, I brought my eyes to meet his, wondering how best to approach this. Rolling my shoulders back, I asked him, “What kind of drinks do you have?”

“Oh, well, we have all sorts, ales, meads…” He continued on, but I barely listened, glancing over his shoulder to find my dude just staring at a wall. Of course. Before I could do anything about that, I was snapped back to the conversation when I heard my opening.

“Can you go into more detail about the virgin drinks?” I injected, cutting him off. I figured asking about any alcoholic drinks might raise an eyebrow or two.

“Oh, well we have all sorts of options, there’s like 15 different-”

“Can we have all of the drinks mixed together?” The bartender and I both turned to my accomplice, but before she could notice our strange stares she continued on. “But you have to make them all separately, THEN combine them together.”

“Is there any way we could have them for free?”

The bartender started to look pissed as I ran my hands down my face. What was I expecting? I saw this woman robbing drunks not ten minutes ago. I placed my hand on her shoulder to push her back a bit.

“I’ll pay for them,” I decided, sending a look at her to stunt any protests. The man looked grateful for the out, and started lining up the drinks.

“Also, would you mind explaining the process? My father always had an affinity for drinks, and I’d love to be able to contribute next time he goes into one of his rants.” The statement took the wind out of me, but I recovered quickly, returning my attention to the back room.

I finally found a container filled with various coins settled on one of the shelves. It seemed a bit suspicious but I mean, this girl seemed really in need of some cash, so might as well. I sent my guy to go grab it, figuring if we did this quietly, we could get it without any hassle. But my dude does not seem to like being stealthy.

The second he touched it, it clattered to the ground, coins spilling out and around the floor. The bartender immediately ran back to collect them. Fuck, It’d be much harder now. I glanced at the girl, signaling our last resort. After what seemed like a moment of concentration, she brought up a fog cloud. We really were just resorting to petty theft. I leapt over the counter to collect the coins.

“What are you doing back here?” The bartender basically shouted at me. I kinda forgot I’d need an excuse.

“Helping?” I said, not very confidently, and I knew the punch was coming from the look in his eyes long before I felt it on my face.

Stumbling back, I felt the anger spread through my body. He did not. Letting the feeling consume me, I conjured up my favorite spell, my ace up my sleeve, my Eldritch Blast spell.

It was the only one I know by name, the only one I practiced and memorized, not even needing to glance at my spellbook for a reminder. It is as much a part of me as he was.

Eyes turning black, I felt the lightning shoot out from around my hand and hit the man in the torso, sending him reeling over. My partner came up next to me, not meeting my eyes as we gathered the coins and ran out of the bar and into the streets. 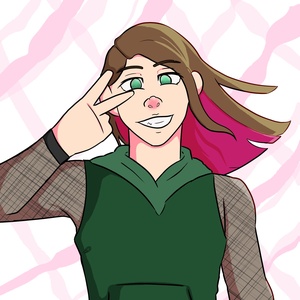 A reminder that this is just for fun! I just thought to publish it in case anyone else could enjoy it, I hope you do! I can’t say enough how much I loved this book! If you have some great stories like this one, you can publish it on Novel Star, just submit your story to hardy@novelstar.top or joye@novelstar.top 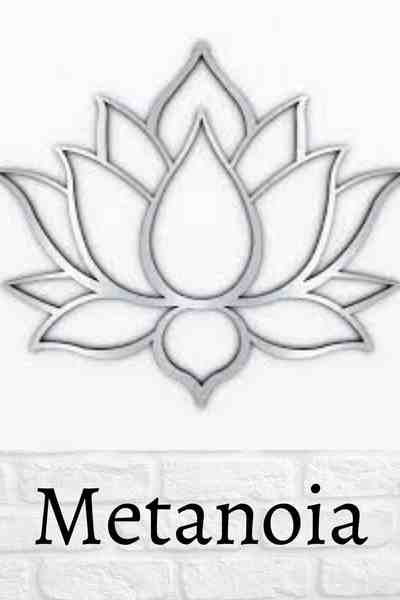 The beautiful continent of Metanoia is home to many wonders, but also a whole lot of darkness. One girl knows that first hand, as she runs from her past, desperately trying to fix her mistakes. But when she runs into an interesting group of people, she finds that maybe the darkness isn't as all-consuming as it feels.

**This is based on a dnd campaign I'm a part of, it's really just fun to do and is by no means professional.
Subscribe 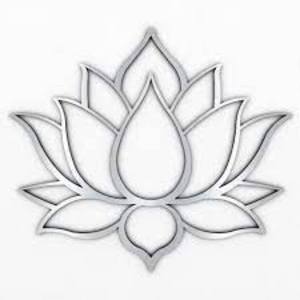