A bright light shined into my eyes making me close them shut. Cheering was all I could hear as I reopen my eyes to see many figures looming over me. There once smile turned into a greedy smile as they stared at me; their piercing eyes ran shivers down my spine. “It worked!” A girl yelled jumping up and down clapping her hands. “It finally worked, it's alive,” his face only showed his greediness of the news. They all preached they work like I was some object that was just their toy to play with.

That was my earliest memory; the rest was just the endless tests; some worse than others. I grew used to the cold hard floors and the rusty chains that stop me from moving around. Grabbing at the chains, I tried for what felt like the millionth time to get them off but to no avail. The chains made a massive scar all around my neck. Though I soon realized that I was just their project and nothing else. I would say I was angry but I really feel what they did. They cried, they smiled, they got angry but me the only feeling was danger. Shivers telling me danger is close.

Damp revolting smell of moss filled my nose making me feel queasy. I might spend a lot of time here but the reeking smell never ever gets better. After a while being here the roof leek, some water making the small moss grow to half the room.

I always pondered why I never look like the other people. They do look unique and different from each other but to me I look like an outsider. Also, I was told that I was not like anything like them and was special or something.

One of the most useful things they taught me was to read, speak and write. (the only good thing anyway) So I knew what they wanted from me but to their surprise I learned quickly apparently to them. One of the people here's name is Ceil with light brown hair flowing to their shoulders. He always uses glasses so I never see his eyes. He the kindest I think that’s the word to use here (I don’t know what most of the words mean but I’m trying). Anyway, Ceil the one who gives me ‘food’ they say I will feel pain if I don’t have the food. Though one time they forgot to give me it for a while but I didn’t feel anything.

Oh, I just remember one day they were talking about ‘races’ and which one is the best. They fought until they decided that ‘humans’ were better than ‘sirens’, ‘werewolves’, ‘elves’ and lastly ‘werebunnies’. No clue what they are but I am going to believe that's why they look different cause they pointed to each at their ears or tails. For me they said I have horns and a tail and may have wings.

Hmm I hear footsteps by the weight or it, it’s probably that big guy. “Creak,” oh how much I love that stupid creaking door. He looms over me and grabs the key to get rid of the collar attached to the wall. He starts to drag me like I don’t know how to walk. He dragged me along the cold stone floors soaked in blood. Plants grew through the cracks and ran up the walls to the small lanterns above. Rats sprint up and down the halls searching for scraps. Rather than going to the normal room we went to a larger room with this thing in the middle and…

What are those things? “Neigh,” it makes sounds and stands on all four and looms even over the large guy. I don’t know why it seemed to feel dangerous. They are quite majestic though. “Get in,” get in what? In the box shaped thing with circles holding it up? He opens the box and death glares at me to get in. I get in and he slams the door behind me. The box seems to have two rooms, one with a tiny box which I’m in a larger one as the rest of the people are.

I get bobbing up and down hitting my head on the low roof. The box is quiet with the only noise being my breathing and my body hitting everything. I wish they had put some light in here cause all around me a black void though a box. “SLAM!” My body slams into the back wall breaking through it. Millions of sounds, lights, smells, feeling and sight come at me all at once making my head spin in pain. This reminds me of when I first woke up but ten times worse. The pain forces my mind to melt and fall unconscious hitting my head hard on the ground. Finally, I slowly open my eyes. Pushing myself up, I look around the new environment I found myself in.

A warm air flows between my hair as white blobs slowly move across a pink melting into an orange ceiling. The brightest light I have ever seen is melting into the surrounding with a golden glow. Before I can take in the rest a sharp pain runs through my body beginning from my head. I slowly made my way to feel the blood that ran down my face that fell to the soft green floor I landed on. The blood was the same colour as my hair as it danced around me. I fell back on the ground welcoming this warm feeling of the ground.

Forcing myself up, I dart around to find the box. I looked down the higher ground I found myself on to see the box covered in blood; the blood ruined the green ground. I see the hands stretching out of the box but when I make my way down they seem to be well dead. Sliding down, I check around it to find any other clues. They are pale and cold to the touch. How long was I out for?

Death was nothing new to me; it was one of the first words I learned; ‘Are they dead?’, ‘Are they dying?’, ‘They stop moving, I think we killed it’. The weird things seemed to be still alive but trapped. It seemed that the box hit something and fell down and the part where the creatures were attached broke. I freed them and they ran off as fast as they came. Well I would do the same if I knew where I would run to.

Maybe they were the animals that they spoke of; they really only talked about monsters. The only animal they talked about and showed me was a butterfly. They look so beautiful and magical. “huh?” Just like magic, a green yellow butterfly landed on my hand. After that one, more came with many different colours and landed on me. I stood still so I didn’t scare them. As they stayed on me a feeling in my chest ran through my body, warm and calming. They started to fly off so I decided to follow them. The bright ceiling turned darker showing off blue and purple splatter on a black background with millions of white lights. The air around me grew colder still warm from the lights. Along the way I find some glowing flowers and decide to pick them up. The biggest one lit my path up as the butterfly led me into what I think is a forest.

Following the butterflies, I find myself at a tall building with towers on each corner. It loomed of the trees with moss and vines coming all the way up it. After staring at the building, I wander in it. It reminds me of my room but the aura of it is the opposite. It feels safe and warm and protected where my room felt like I was about to die any second.  As I walked around the butterflies disappeared and some lanterns lit up as I walked. What I believed to be windows litter the walls allowing the outside light to come in.

I found my way to the centre where a chair dipped in gold stood with many different colours lining it at the far end of the room. Five different coloured ribbons were placed on the sides of the wall. Each colour had a different symbol on them. A red soft mat leads all the way up to the chair. Curiously, I sat on the chair and looked around for any purpose for the chair. It gave a good view as many other chairs were tucked into the sides of the room. Behind the chair, was a golden trim door that led further into the building.

Following the path, I find myself in a large room filled to the brim with books. There was no end in sight to the room. I walked further and further until I met a wall and turned back. I started to read some of the titles of the books, some I understood, others I had no clue what they were talking about. I really always want to learn more and understand the people and know I get to. 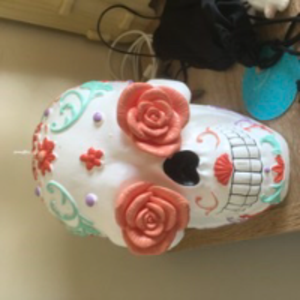 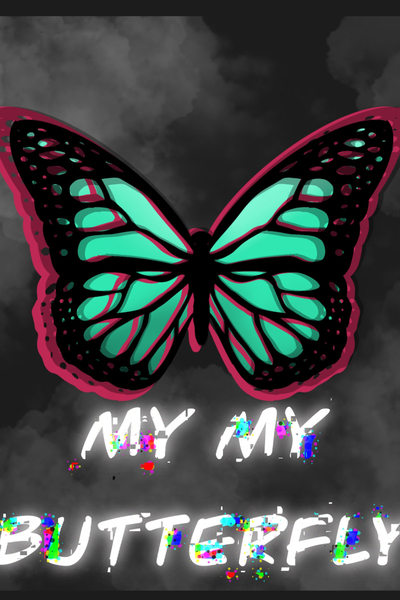 A young child brought into the world by magic has a thirst for knowledge. As he grows he learns more about the magic filled world that he had found himself in. Though the world hides its darkest secrets and horrible sights.
Subscribe 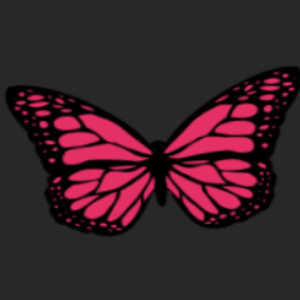