Mystics: The Book of Myrlin; Vol. 1

[Our story beings with Twyla, a Nightskin Demoness; her skin is as ethereal as a starlit night sky, and the curls in her hair sit upon her shoulders like storm clouds ready to burst with rain at any moment.]

[Twyla sits in her nursey, caressing her belly; she begins to tell an ancient tale of the world's creation:]

As Narrator**Long ago, there lived a Dragoness, the First Witch, some called her. Her primordial power could fracture the minds of even the mightiest of gods. She was known as The Reality Queen; warping the fabric of reality to her will... She gave life to the known world, all life, humanity, wildlife, and reality as we know it, draws breath because of her... After time passed, the Dragoness grew lonely. She often observed the humans and their need and desire to have offspring. Each day, she contemplated the benefits of having children of her own. Until finally, one day, she had enough of her loneliness and created a new race of people: The Asura; beings created using DNA from both the Dragon race and Demon race. The Dragoness gave life to seven Asura children: Astaroth, Beelzebub, Baal, Hades, Gaia, Lilith, and Cupid. Having a mythical origin, The Asura race is naturally adept at manipulating mana and quickly understood their role in this world. Eventually, the Dragoness's seven children grew into their own unique abilities/Signatures: Time, Space, Chaos, Death, Life, Sleep, and Love. These seven Signatures are the building blocks of the Dragoness's abilities and are known as The Aspects of Reality. The Dragoness was finally happy with her life and the family she built. However, one day the Dragoness over-extended herself, and as a result, it caused a fissure in her mental state... Her children, now fully grown Asura, saw their mother struggle and decided to take matters into their own hands... The eldest, Astaroth, gathered his siblings to devise a plan to end the Dragoness's suffering. Although the seven Asura inherited the aspects of their mother's power, it was not enough to quell her rage. When all seemed at a loss, Astaroth's Legendary Time Signature, Oracle, self-activated, and he foresaw a future where seven of their ancestors will have the strength to soothe the Dragoness's rage... But before he could see which of their ancestors will have the power to do so, the Dragoness placed a curse on her children. "For two generations, the seven Asura to inherit the aspects of my power shall perish gruesomely and mercilessly by the Hand of Chaos"... However, due to the split in her mental state, she gave also gave her children a blessing to act as the antithesis to the curse, "After two generations, the seven Asura to inherit the aspects of my power, shall also inherit the previous' power as well," this was all she could do to aid the Asura in their generational battle... Until the day her children's children will be able to stop her, she will continue her rampage across the cosmos...

[A man with pointed ears, reddish-brown skin, and white dreadlocks pulled back into a ponytail walks into the room where Twyla sits rubbing her pregnant stomach.]

Y'know, I heard babies can hear just about everything outside of the womb... So telling our unborn child scary stories will affect him.

[Twyla rolls her eyes and continues to caress her stomach.]

Don't tell me you believe that stuff, do you? Twy, we went over this, The Six are the strongest Asura Lords Avalon has ever had; even surpassing the first generation, by leaps and bounds...

[Twyla pouts and folds her arms.]

Chronos, my love, it's not that I doubt your strength, but is it truly wrong for me to want more for my child, to strive for greatness?

I'm not saying I don't want our child to be strong, but the story is eerie... And implies my demise...

[Twyla walks to Chronos and places her hand on his cheek.]

I would never wish death upon you, my beloved. I'm sorry for upsetting you, I just wanted to give our son a story to cling to before he's born.

[She pulls him in closer.]

[Chronos cradles his wife and carries her to the nearby bed.]

Yelling**JADE! Please gather the other midwives! Twy has gone into labor!

[A young Nightskin demoness, wearing a maid's uniform walks into the room and bows before Chronos and Twyla.]

[Jade quickly runs out of the room; she returns with a pile of towels, accompanied by four other Nightskin maids.]

By the hand of Tiamat, why is everyone being so DIMWITTED!?

[Chronos was too stunned to speak.]

Internal Dialog/rolls his eyes**Dimwitted? Like I didn't just call in the Calvary! Geez, marry a Demon Queen they said...

[Jade and the other maids begin to position Twyla to go into labor.]

Lady Twyla, I'm going to need to you breathe-

Winces in pain**SPEAK WHEN SPOKEN TO, LILAC!

Just the beauty of childbirth... After all, the more pain, the greater the gain!

[The midwives give each other a concerned look.]

No one says that, Lord Chronos...

I've never heard of that saying, I suppose...

You know nothing of childbirth, do you, my Lord..?

Fumbled the ball there didn't you, Lord Chronos?

[Chronos sinks into a visible depression.[

Each word is like a dagger stabbing all my vital organs!

Can you please stop being dramatic and come hold your son?

I told you, you know nothing of childbirth…

[The midwives finish folding the towels and blankets.]

[Twyla cradles her newborn in her arms.]

[The love that Twyla has for her son makes Chronos' heart skip a beat.]

What are you think about naming him? My father had a minor request, he wanted us to name our firstborn after him...

Of course, Lord Second just has to make everything about himself! It'll have to be his middle name, he already responds to the name I've given him...

[The newborn opens his eyes and starts looking around the room.]

[The newborn's eyes light up and he starts to twiddle with his ear.]

End of Chapter One 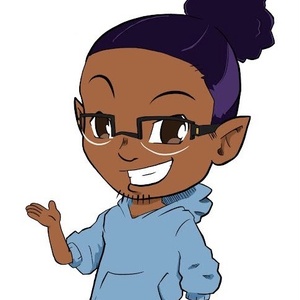 Before the dialogue, “ however, because of her spit mental state, she gave also gave,” is it a typo? Or did I read wrong? 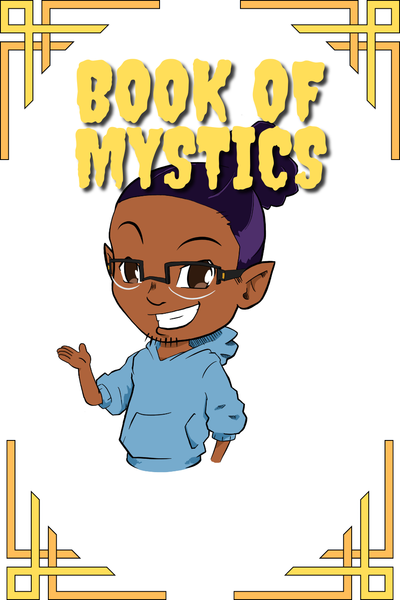 Mystics: The Book of Myrlin; Vol. 1

A prophecy foretells of a Dragoness that has the power to warp reality placing a curse upon the beings she calls her children. After those children have passed, their children's children are now the leaders of the inner earth, also known as ShanGriLa.

Myrlin is reincarnated in the body of a young Asura and quickly realizes that there is more to this new world than he initially thought. Embark on his journey and trials as he finds his place in the country of Avalon and fulfill the generational curse that was places on his bloodline.
Subscribe 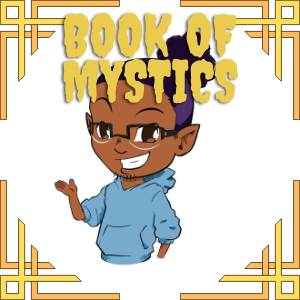