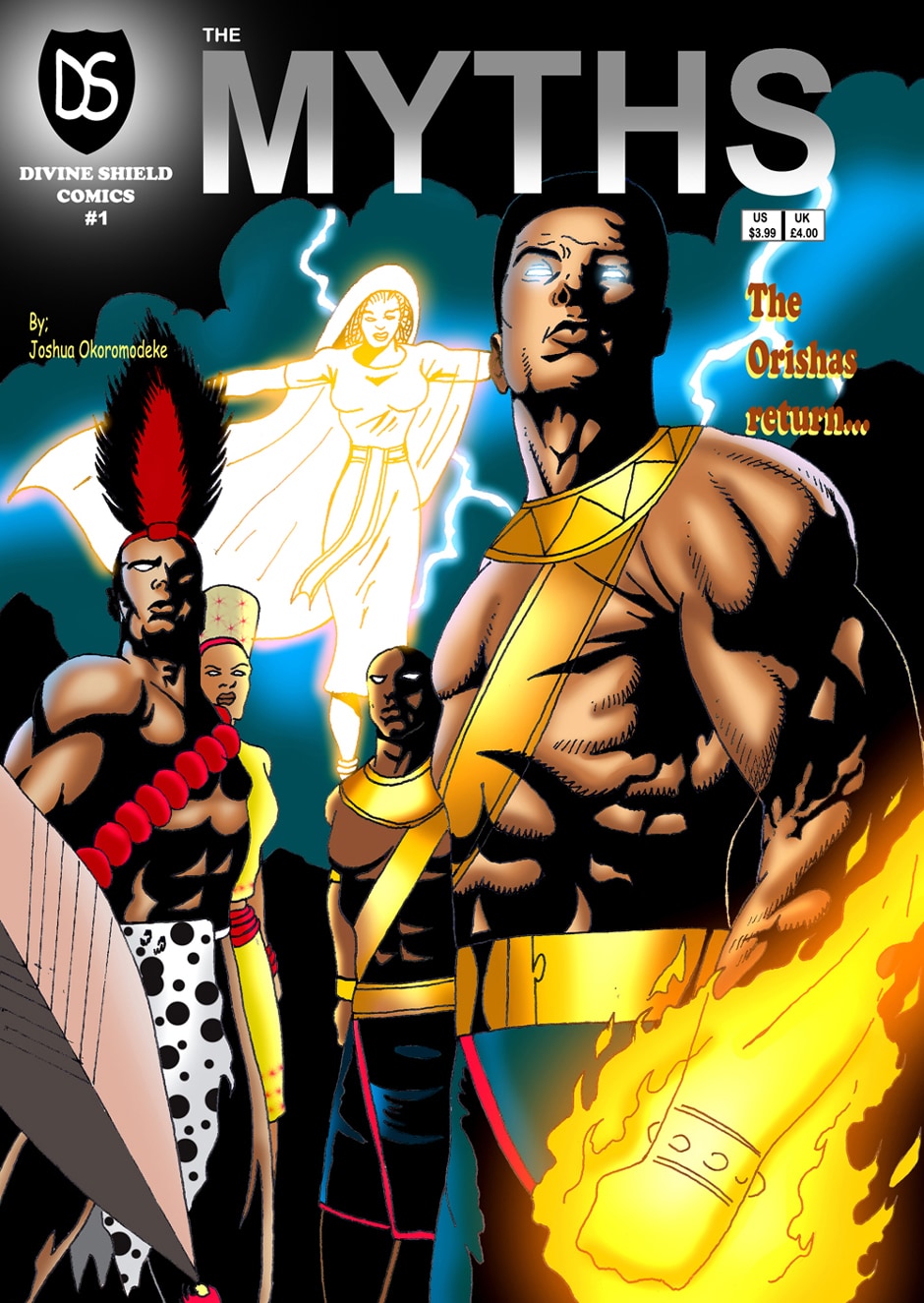 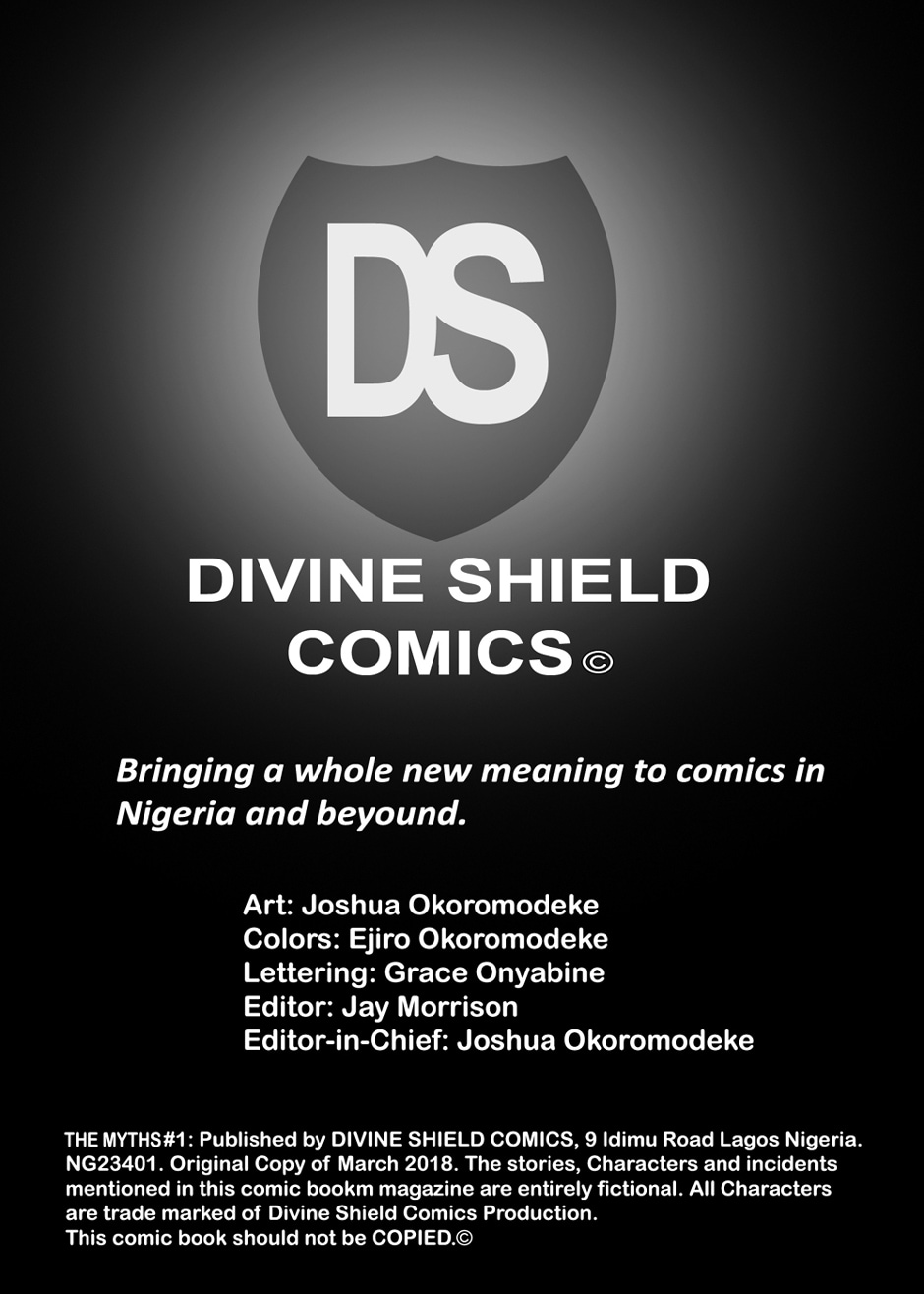 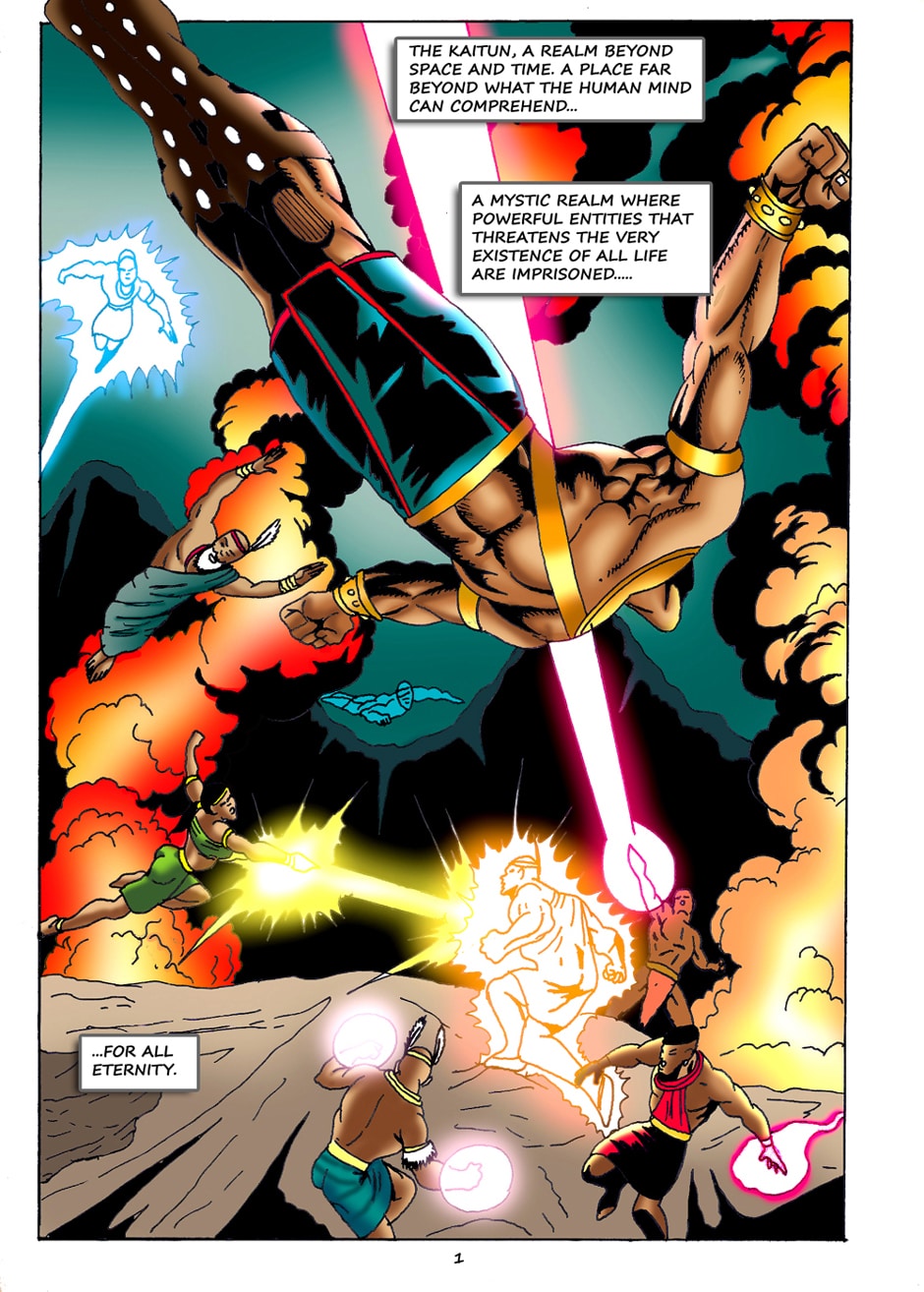 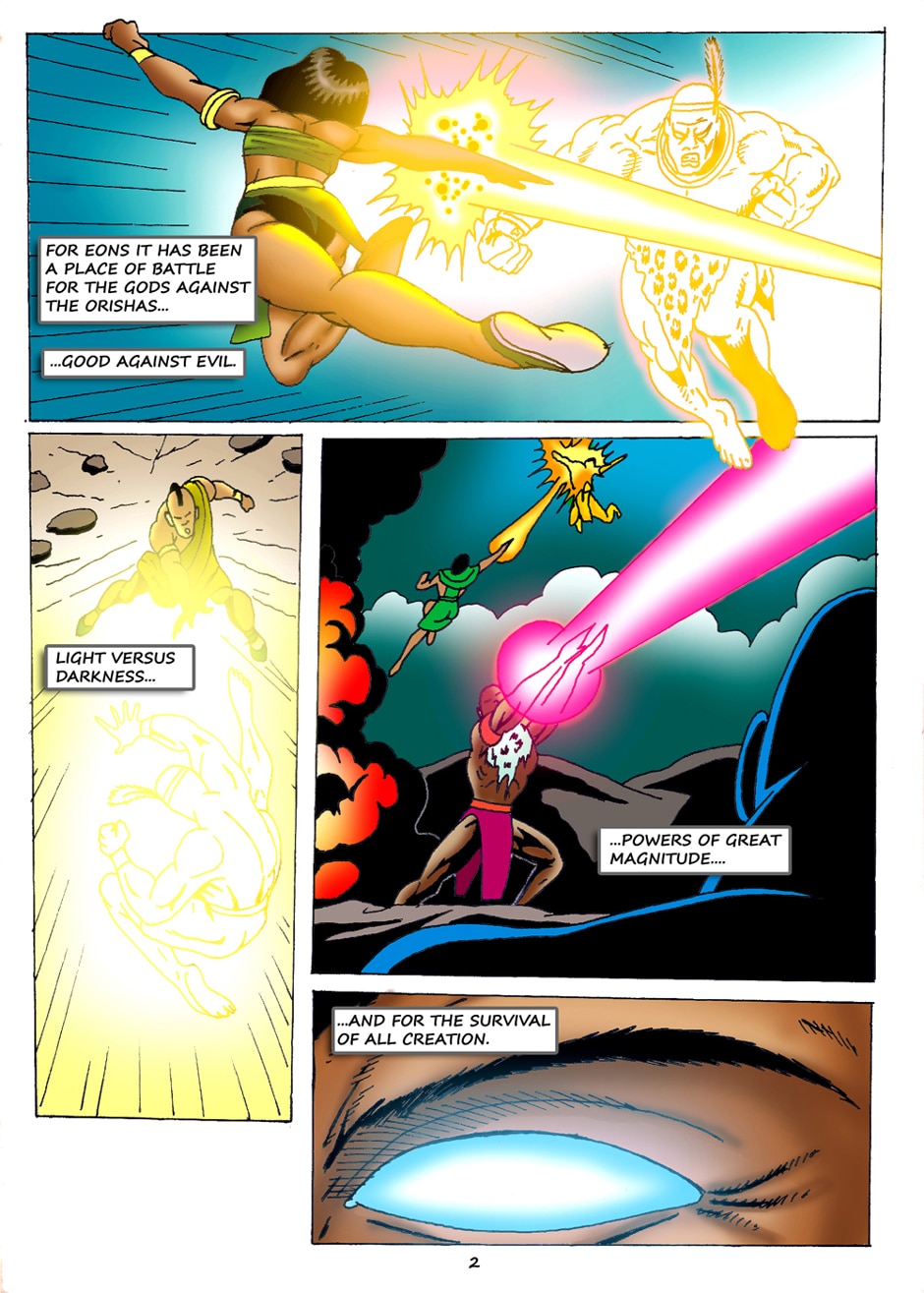 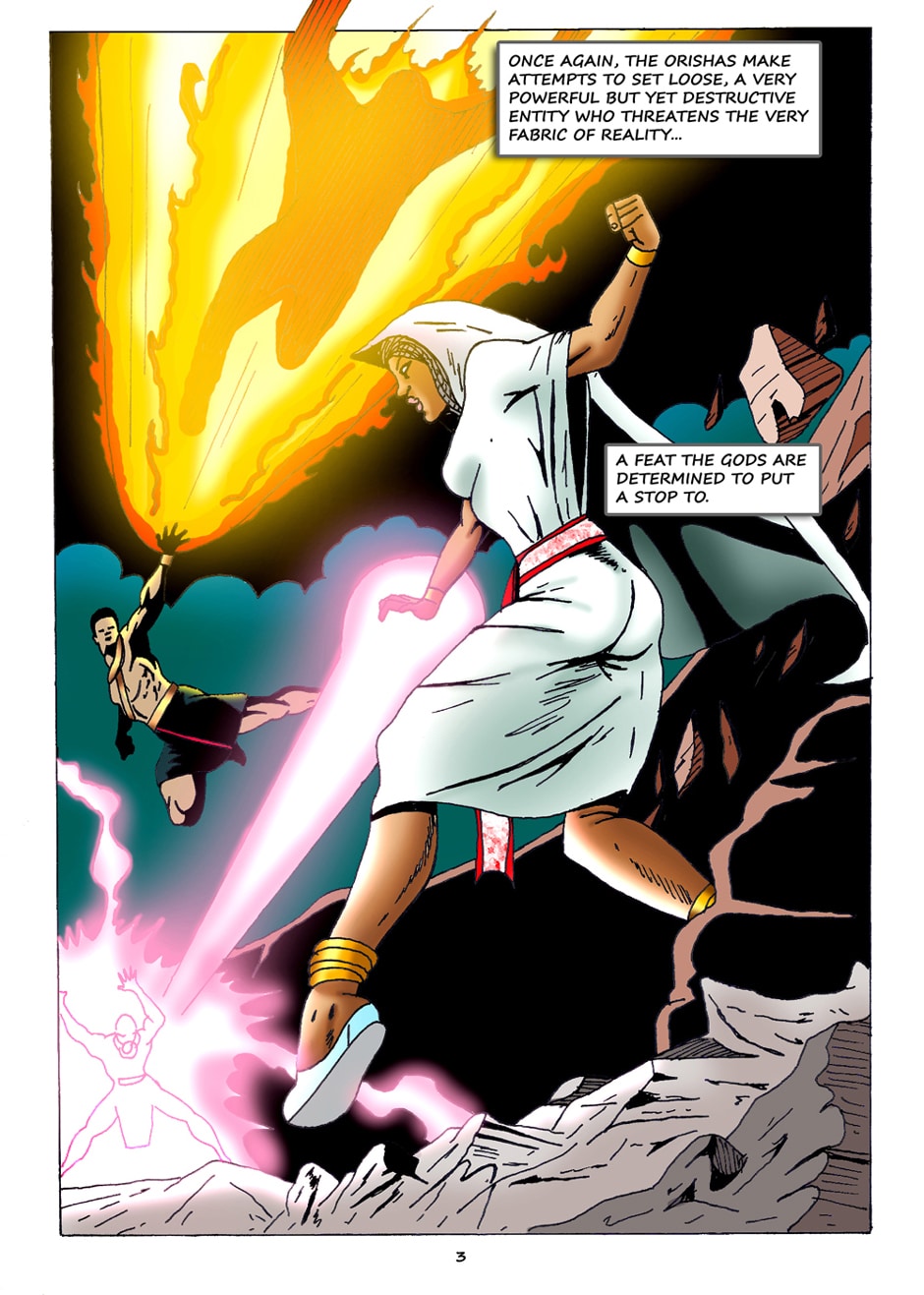 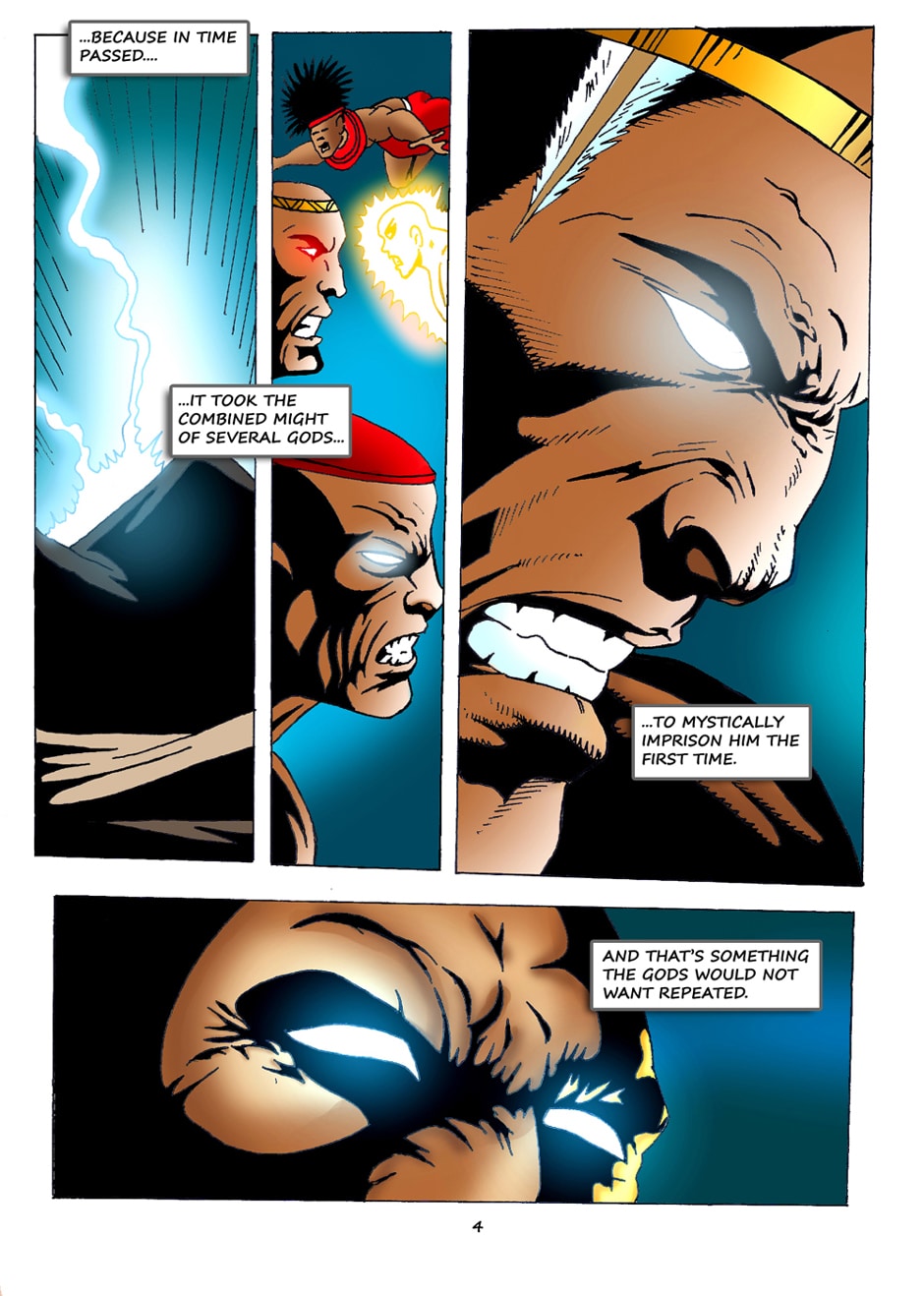 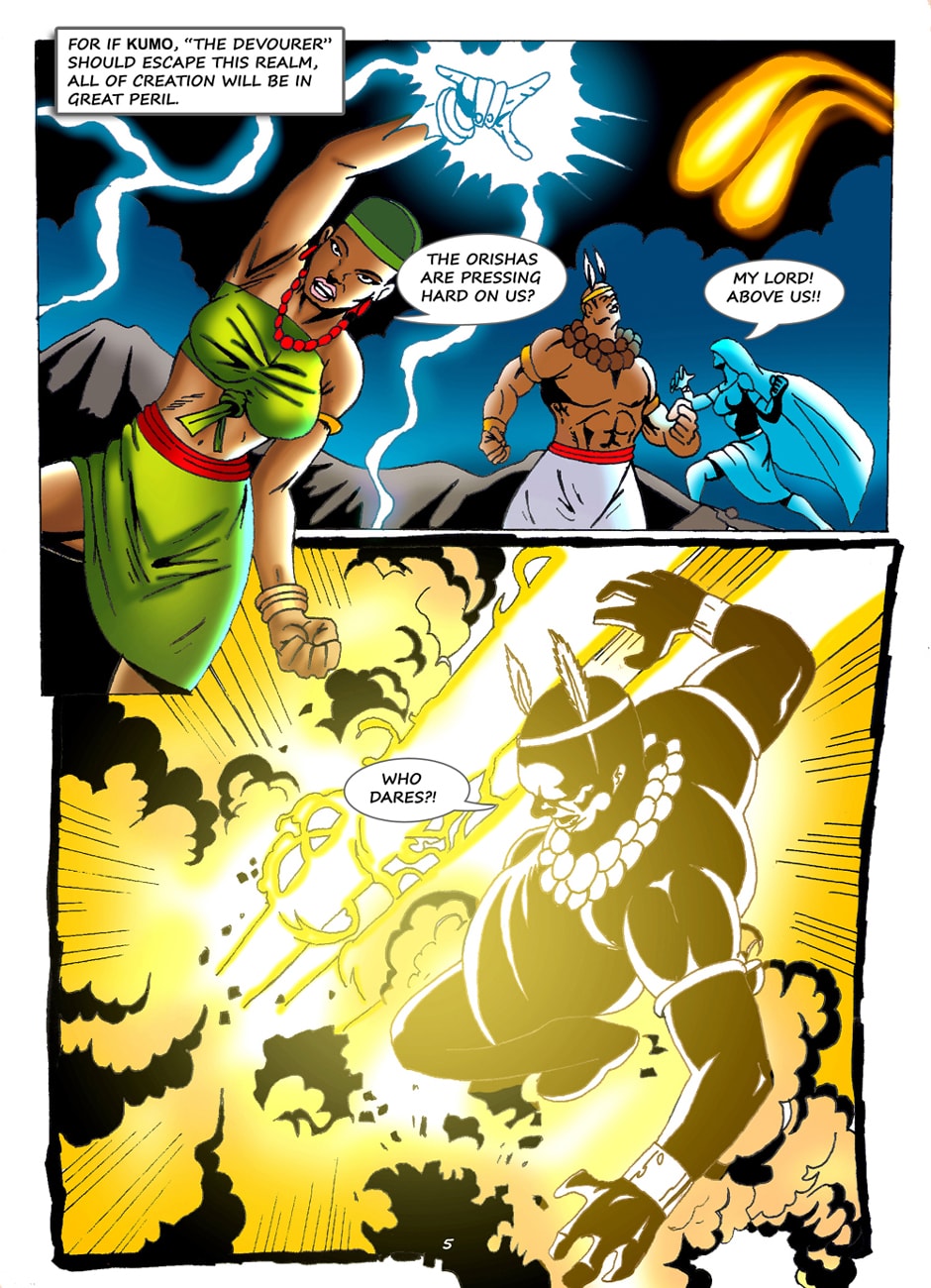 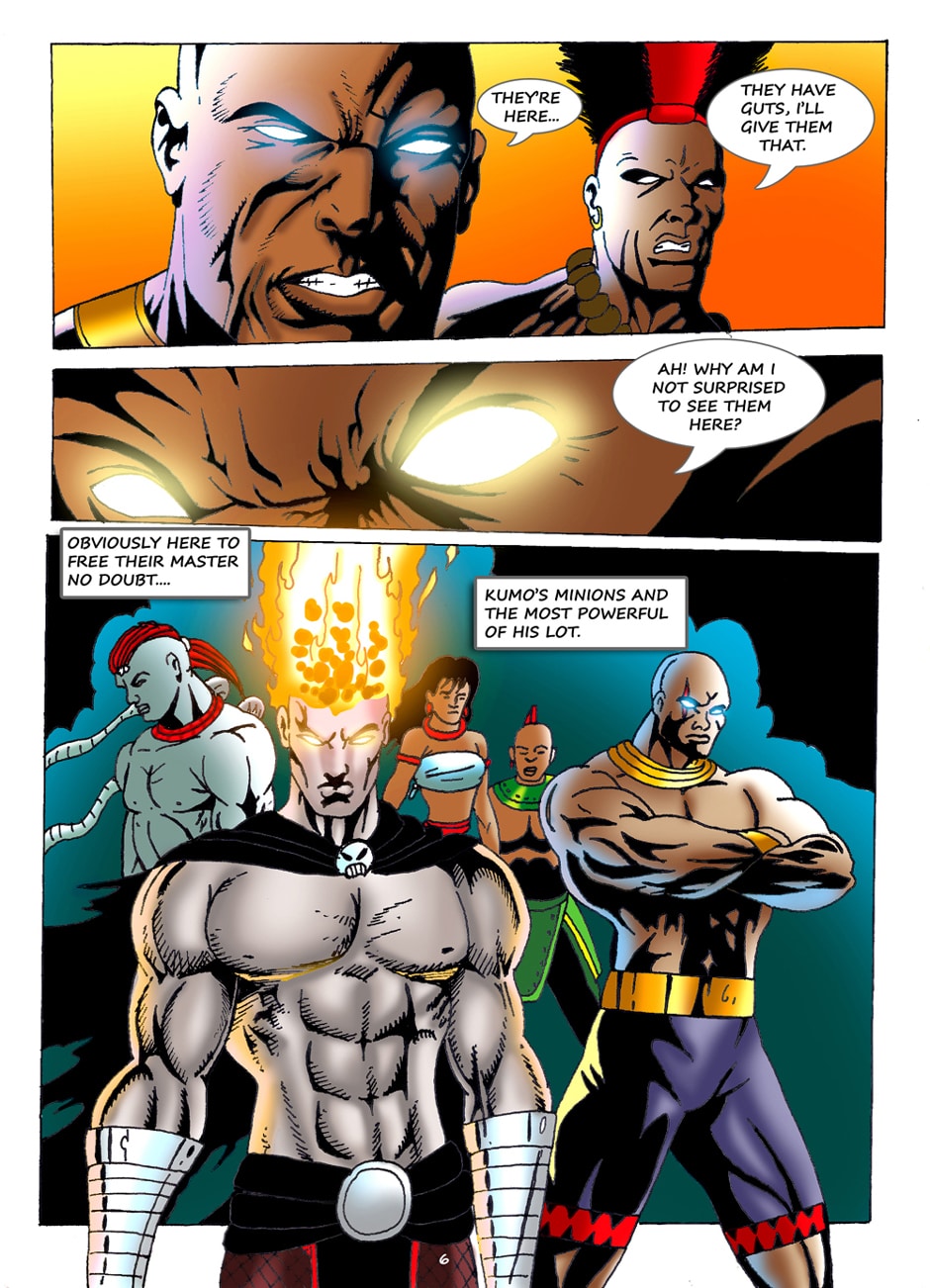 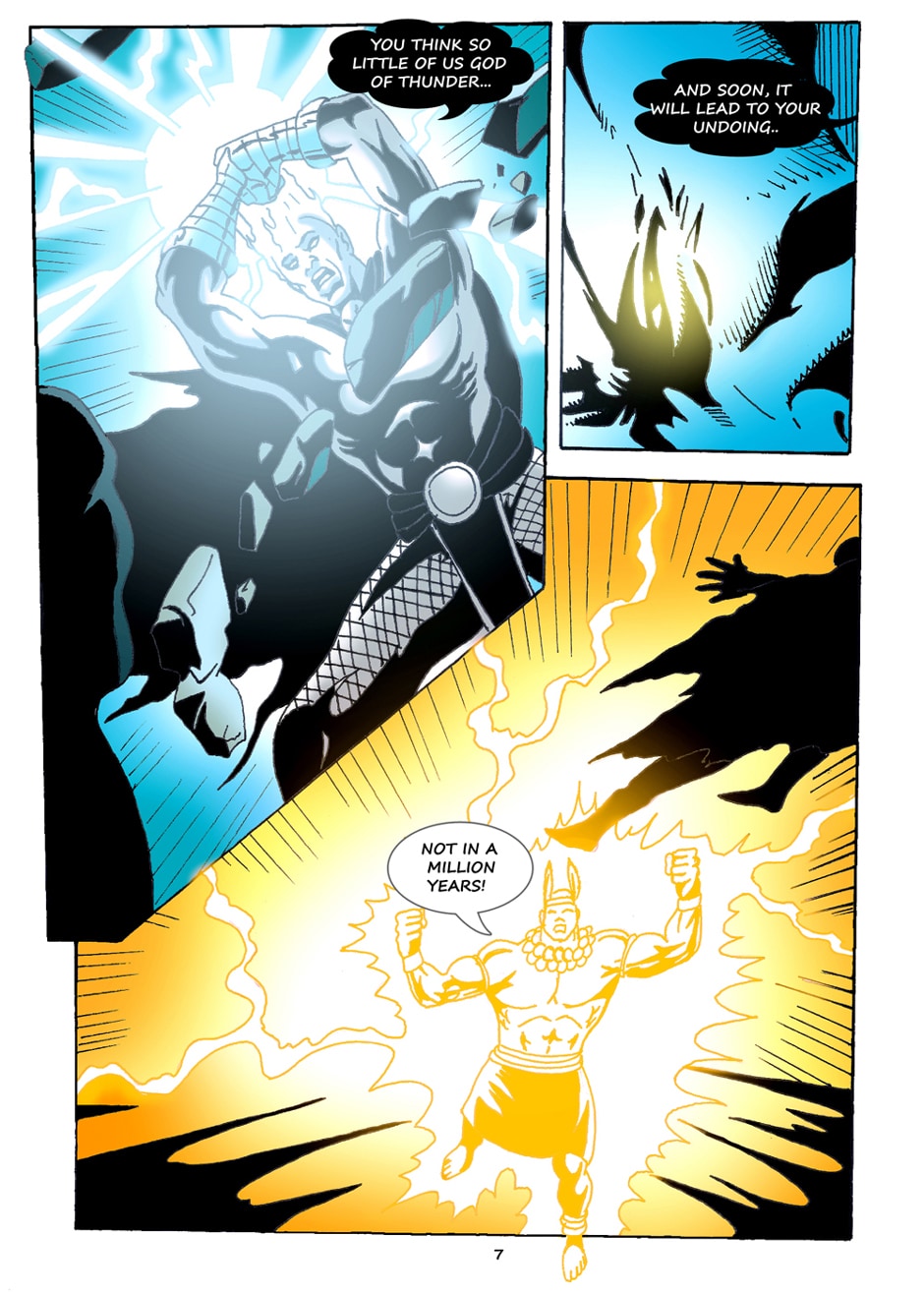 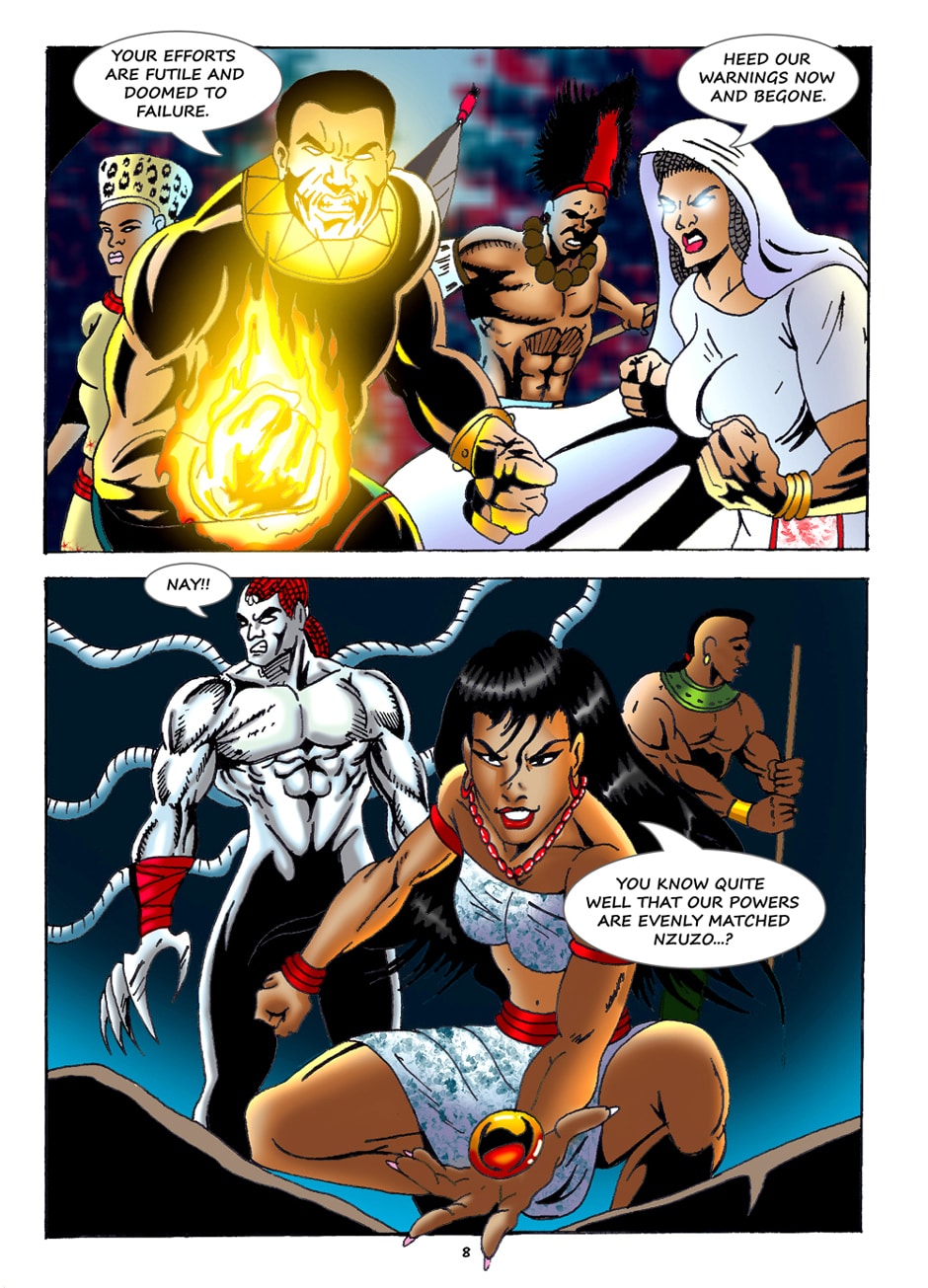 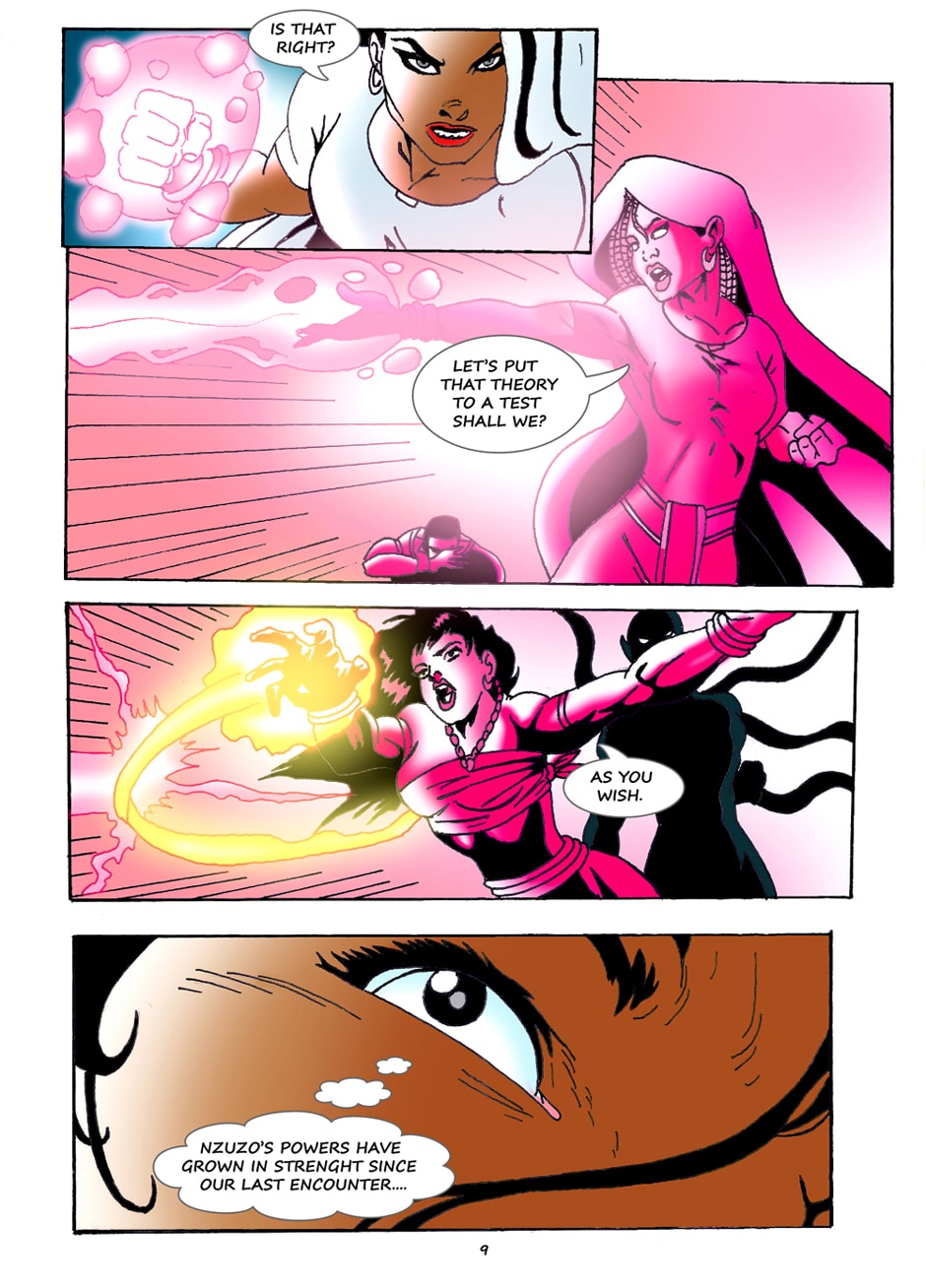 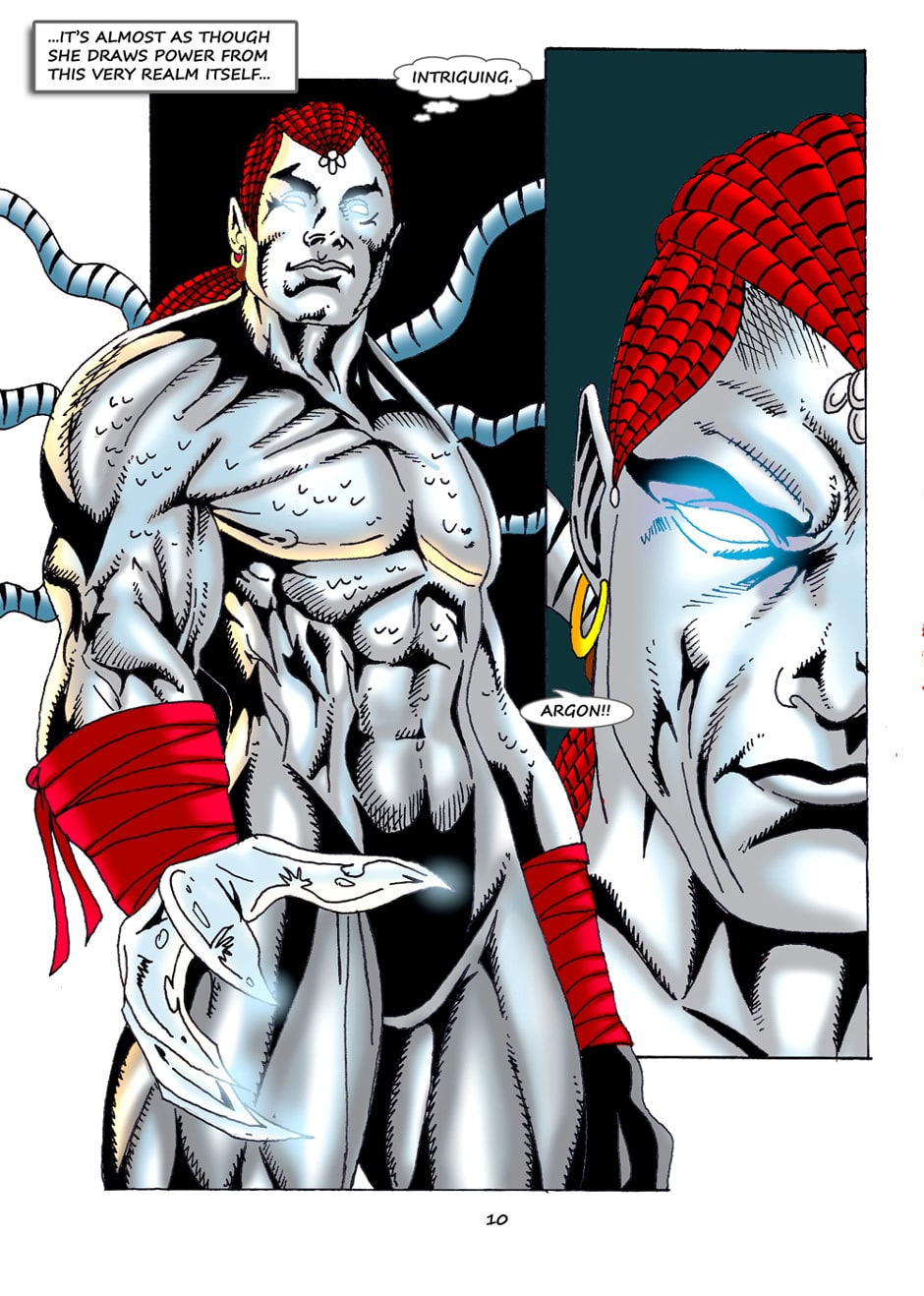 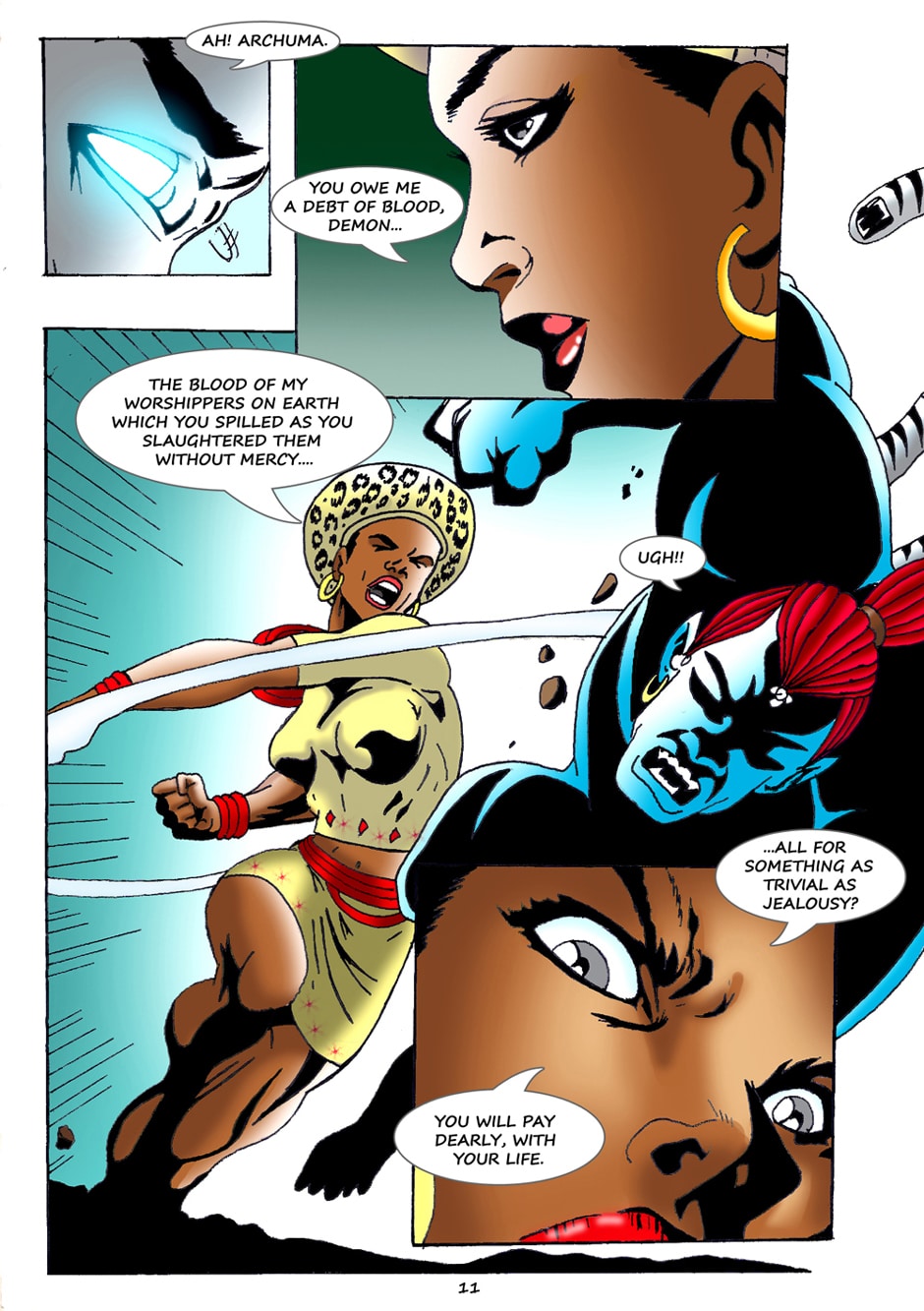 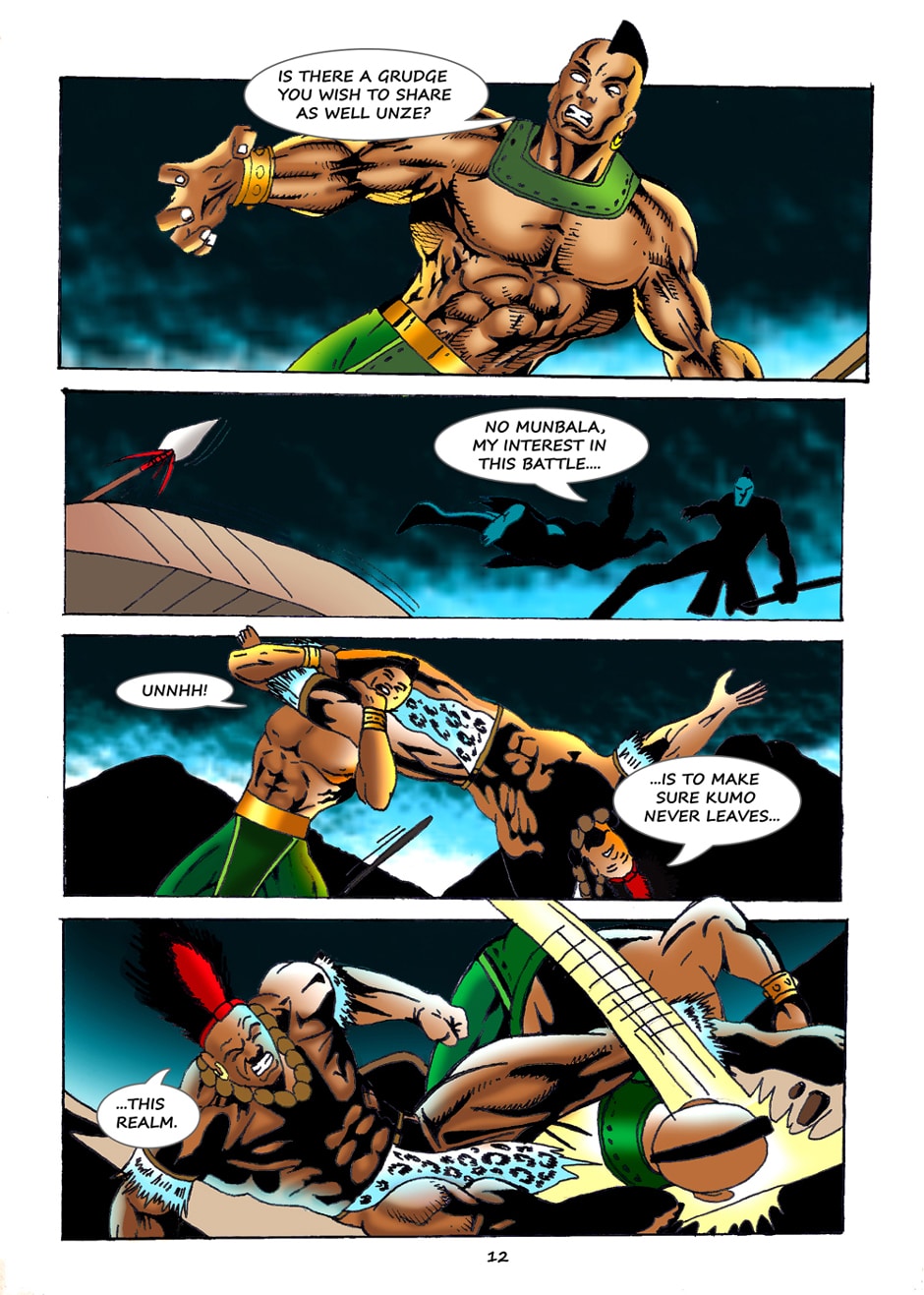 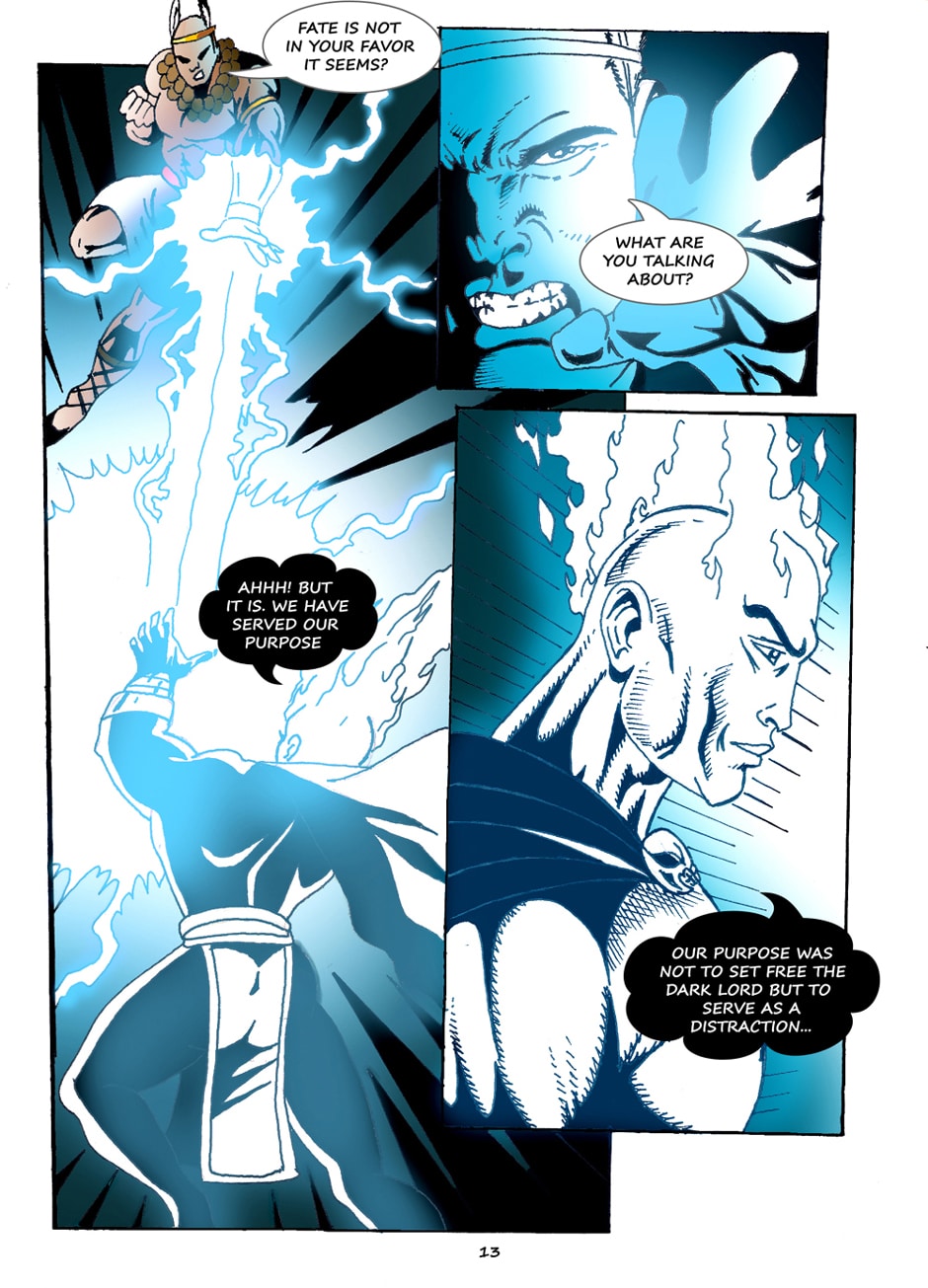 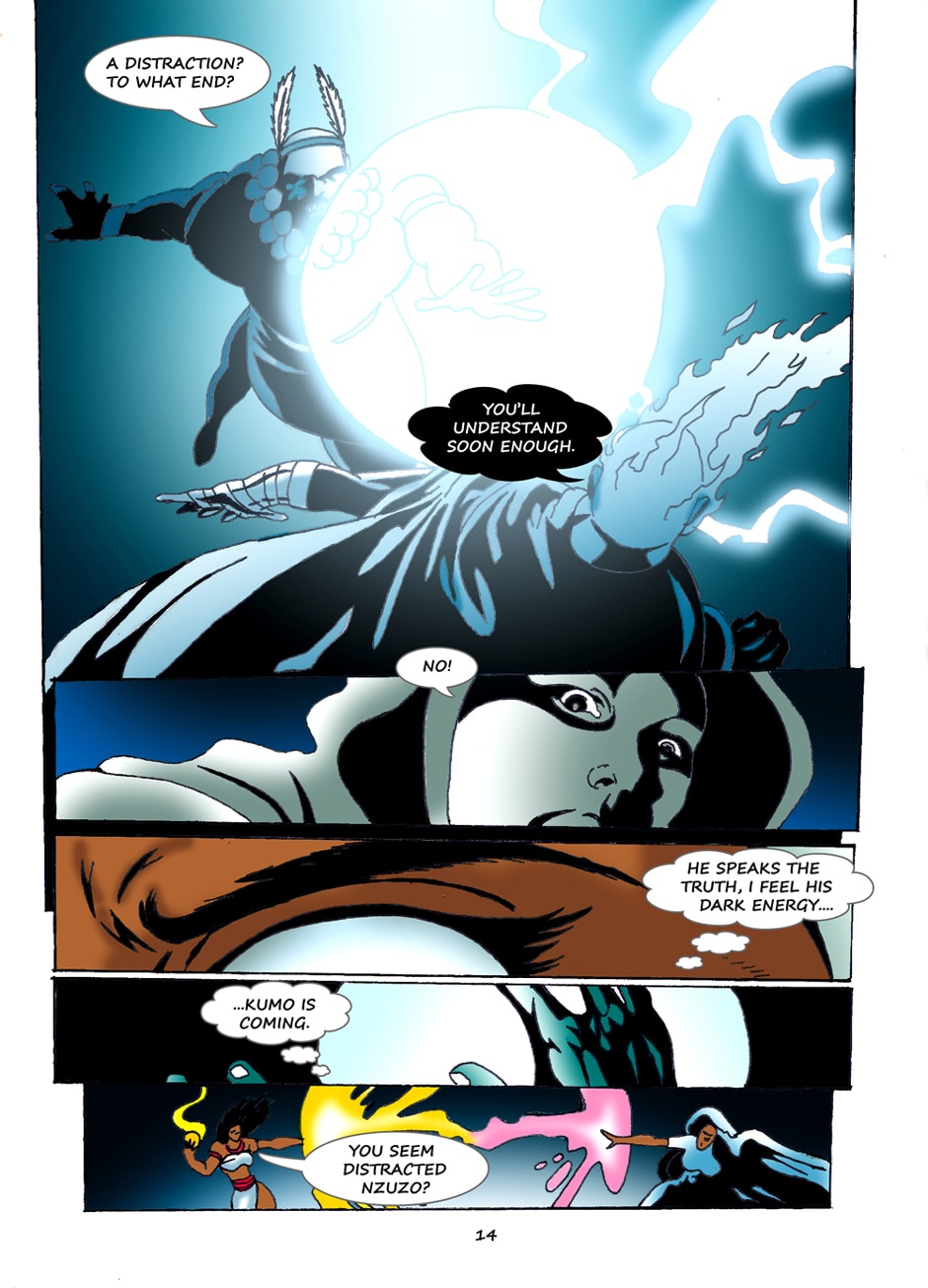 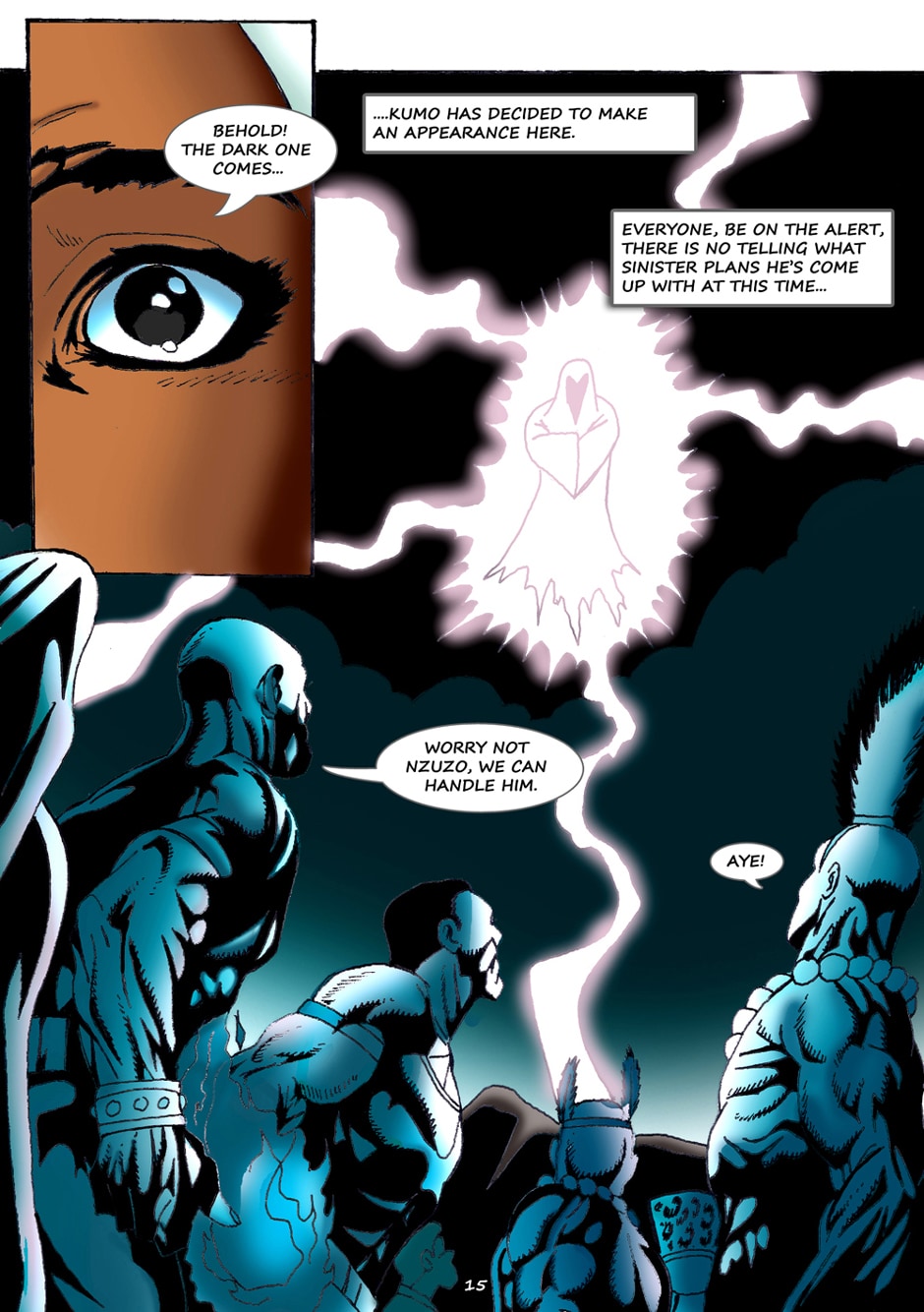 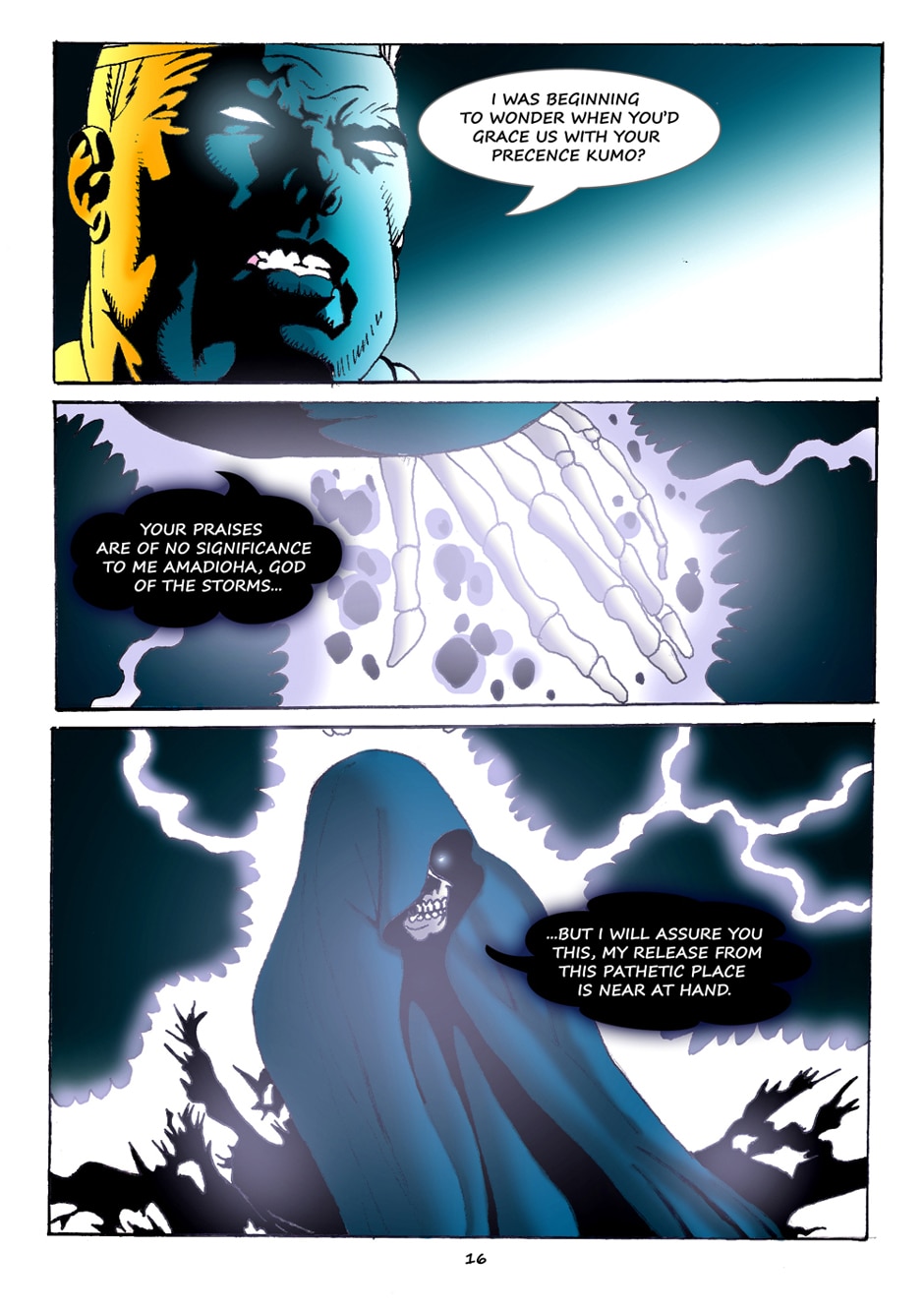 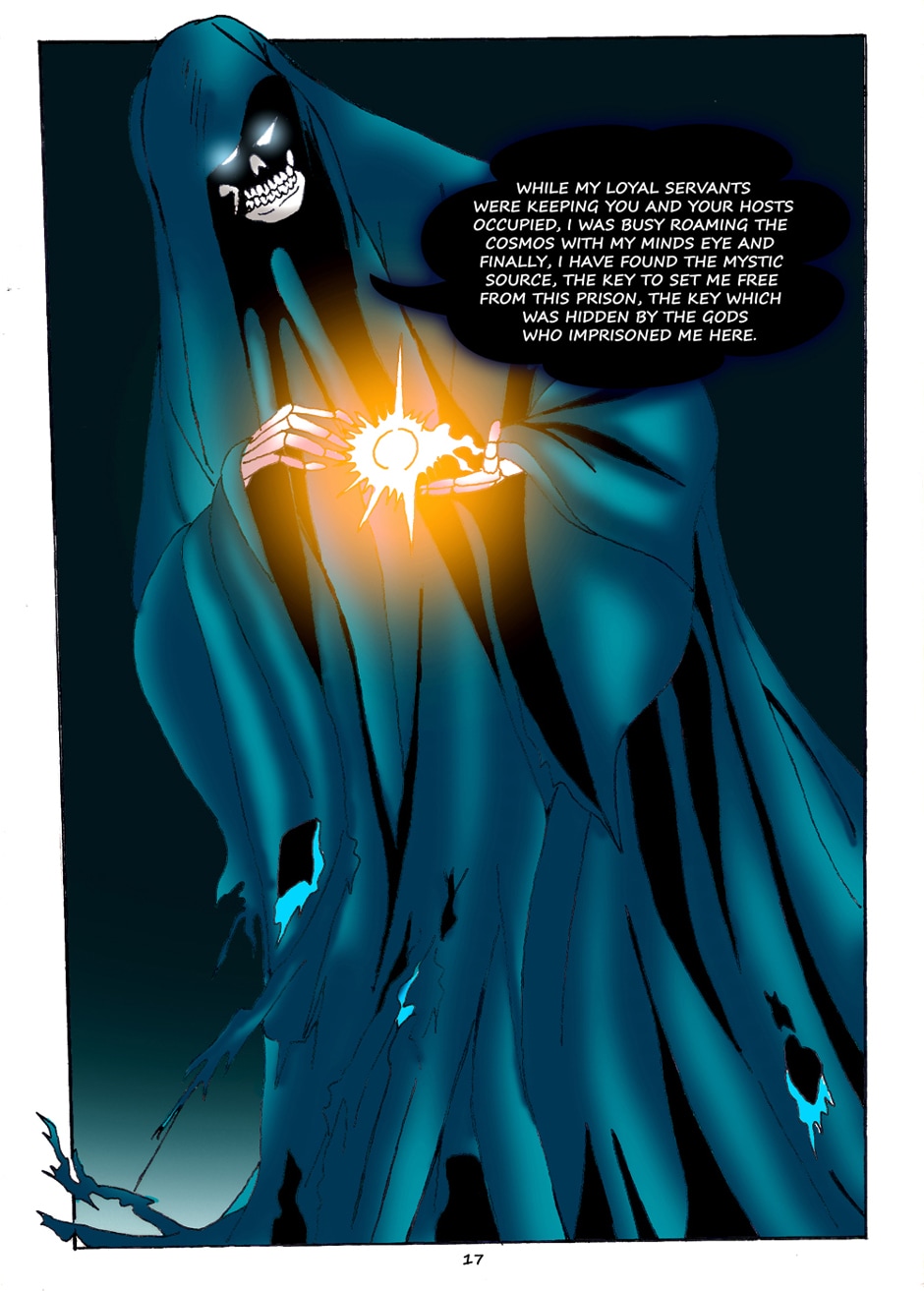 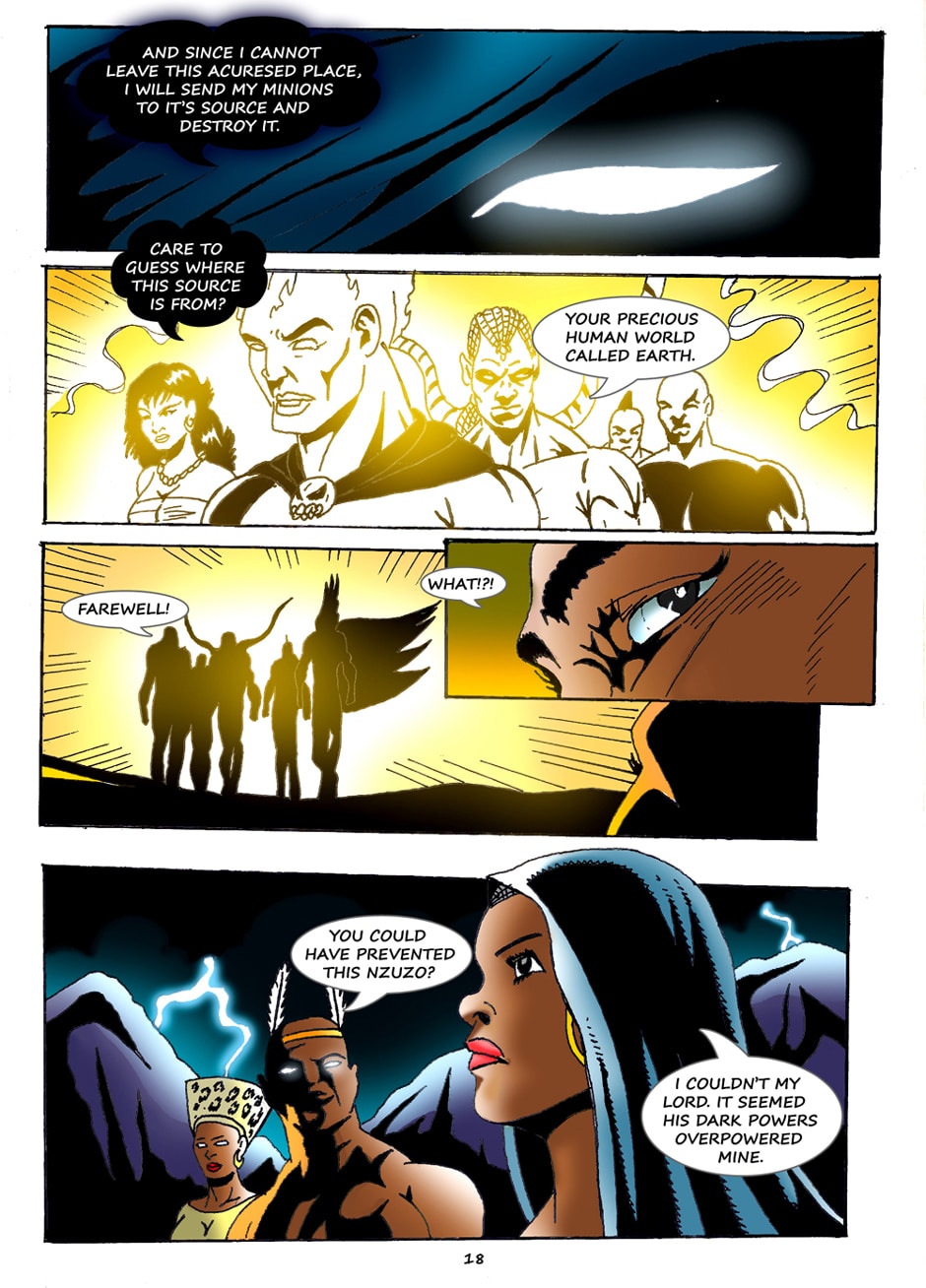 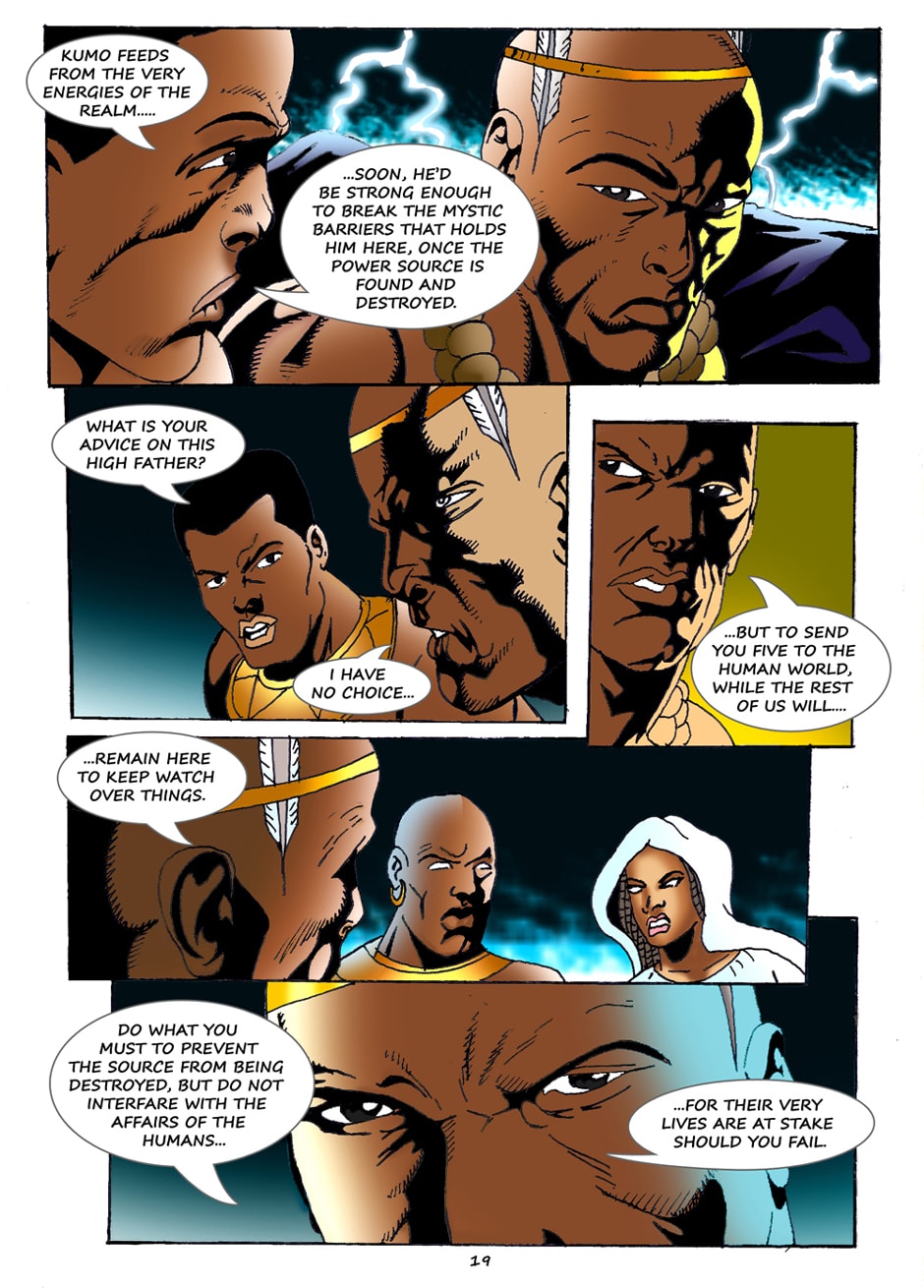 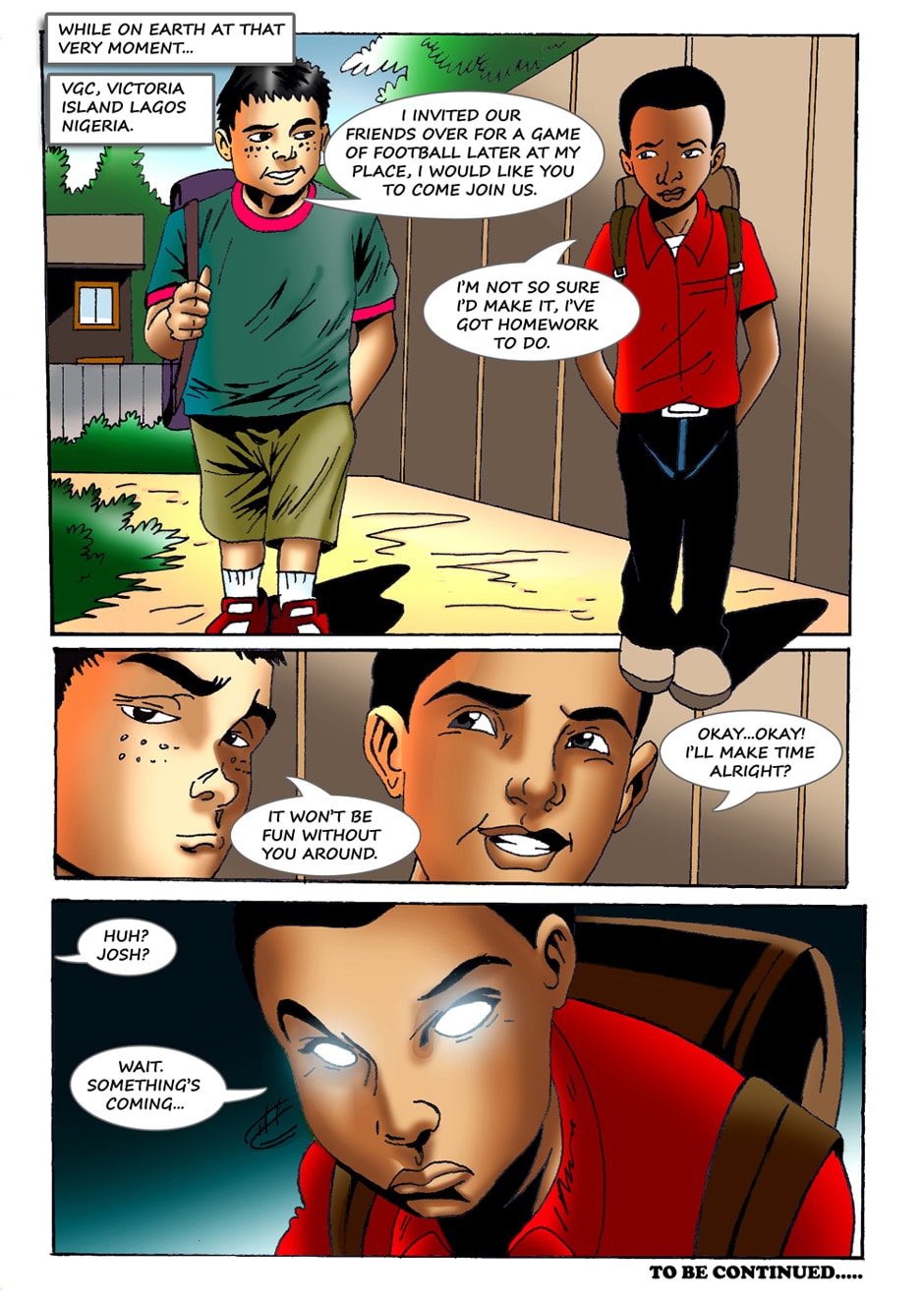 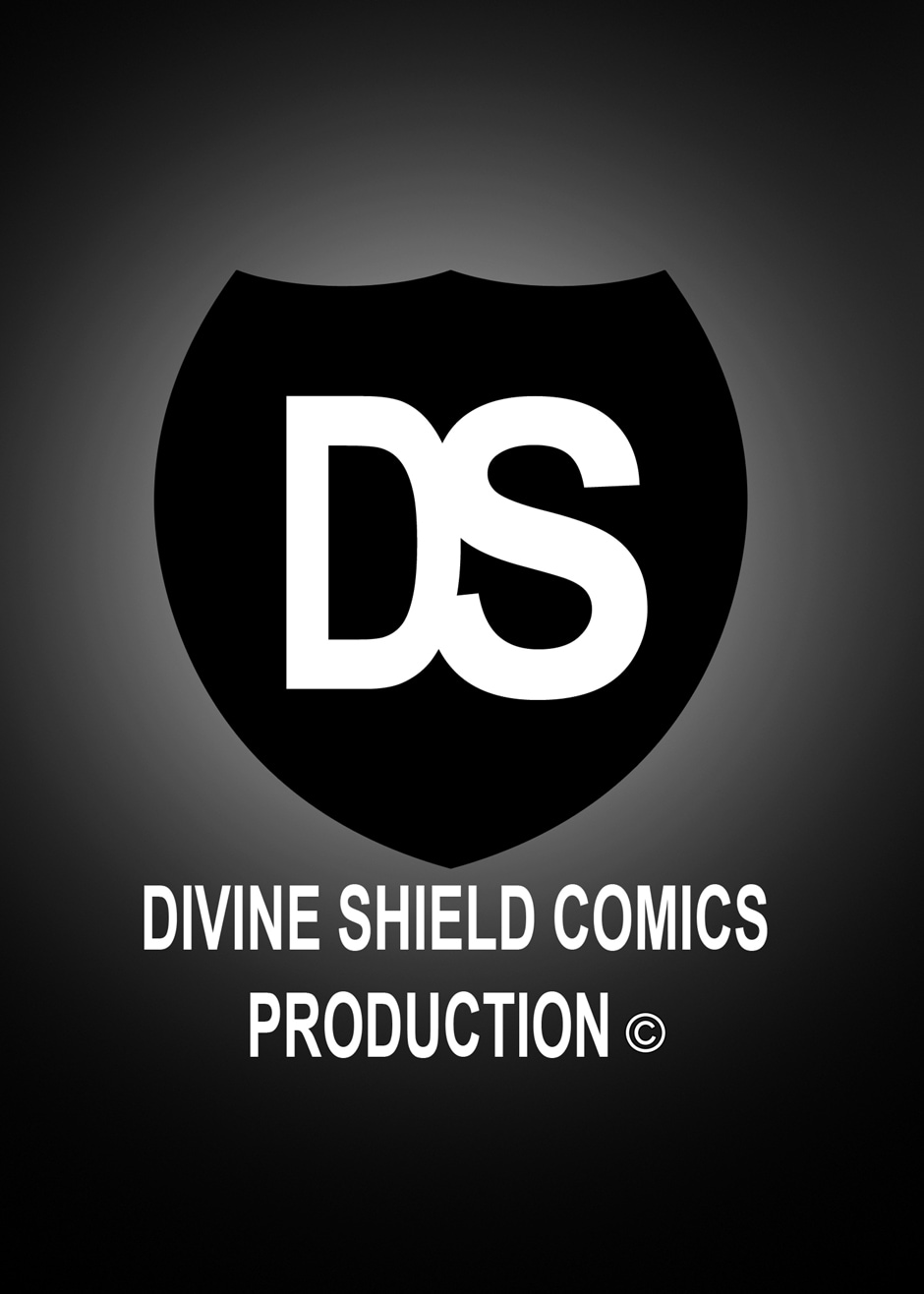 This is an introductory issue for readers to get to know the characters, the heroes and the villains and the main purpose of the entire story. 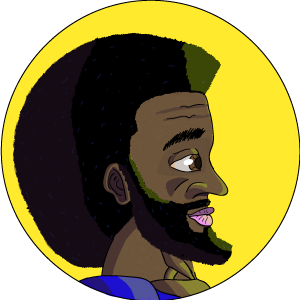 This is a cool story. It reminds me of X-Men. I've subscribed and look forward to future updates of the series. 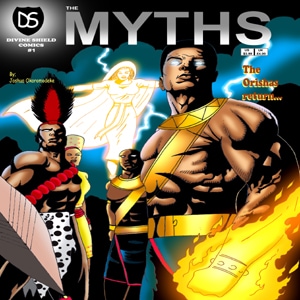 The Myths is a story about a group of gods charged the duty of preventing a cosmic treat from being released on mankind, a treat known as Kumo’ “the devourer of souls”, who in the past orchestrated numerous wars and plagues that almost consumed a third of the world’s population in the early centuries. It took the combined might of various deities to imprison Kumo in a celestial prison, but soon as he learnt about the key of his freedom which was embedded in the body of a human child on earth, he sent his dark minions also called “Orishas”, to both hunt and dispose of this human child so he could be released and become a treat to all creation once more. Though it is forbidden for the gods to interfere directly with the affairs of men, the gods had no choice but to send five of their most powerful deities from different African cultures to both protect the child from the attacks of various Orishas and see that Kumo is never released from his celestial prison.
Subscribe 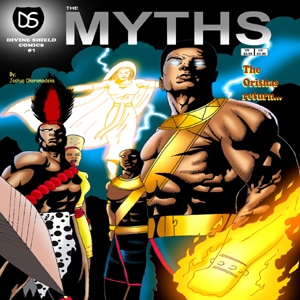