I am going to tell you a story that really happened. And even if no one was there to confirm it, I, the “Presence”, need to share this event that still moves the world today.

It all happened when Nyx, who in Greek mythology is the personification of the night, mother of furious forces in the universe, wandered through the bright European dawn in the 19th century looking to visit a being known as "perpetual", accompanied by two of her children. Nyx is as white as snow, with pink cheeks and lips. He wore only a simple black veil that covered his body so exuberant and illustrated with the most diverse shapes of circles that Aphrodite herself was envious, in addition to a wreath that shone when touched by the intense light of the moonlight.

The accompanying children are: Apáte, who has the same appearance as her mother, wears a very short black dress, a crown of striking purple flowers and nails so sharp and fulfilled to make any mortal envious, in addition to the perverse look that looks like two moons. Full. She is the famous female spirit of malice and evil deeds.

The other is called Dolos, a beautiful brunette with short black hair, bright green eyes that are no longer as striking as his spotted, sculptural body covered by a simple white veil with a blue sash around his waist. He is the famous male spirit of fraud and deception.

The two brothers argued in their mother's ear, wanting to convince themselves about the fate of humanity in the near future since both are hidden forces in each of us. — Which kind of makes sense, doesn't it?

But before I continue, I need to explain that personifications and gods are different beings! Hades, Zeus and Poseidon are gods and govern their respective functions, being exchanged or discarded as already happened with Chaos, Uranus and Cronos.

Nyx, Apáte and Dolos, are personifications, they are existence itself as Night, Malice and Fraud. They do not die or cease to exist, they simply are. The brothers are hidden in human nature, where our temperament is linked to the natural element or divine will that originates it. One does not speak of "good" or "evil", a personification can present itself as "good" or "bad" according to the circumstances of the relationship that he establishes with that or that which is subject to his influence.

Let's go back to the narrative when Nyx, angrily commented. - I can't hear my own thoughts with you arguing, talking about humans! To hell with that! We need to hurry up and get to Père-Lachaisem in France.

— What will we do there? — Questioned his daughter.

— It is a date, but not with a man, with a perpetual being who stays at that address. — Nyx replied.

— What will we do there? Will we cheat him? Will we do something bad? — Asked Apáte, maliciously.

— We couldn't even do it if we wanted to. A perpetual is a perpetual, it is something full, something we cannot escape! We will just talk. It is something we do every thousand years to discuss whether immortality is worthwhile. — Nyx replied.

— But of course it is! Exclaimed Dolos, thinking he was smart.

— I must agree with my brother. — Apáte commented.

— They'll understand when you meet him. Let's go this way, we are close to Père-Lachaisem. — Nyx replied flying low to the ground with her children.

The trio went down to a small French town, just before the diluculum and started walking.

— I thought it was a village. — Dolos replied.

— I thought it was a square. — Said your sister.

— Maybe it would be a square? — Commented his brother.

— What are you talking about? Père-Lachaisem is a large French cemetery! — Nyx replied with her vivid eyes accompanied by the fearful expression.

And incredible as it may seem, the brothers were frightened! Not because they have to enter a cemetery, because they are powerful beings, but perhaps because they saw their mother's frightened look, which because she was even more fearful, appeared to be afraid. His expression was not the best.

— What happened? Don't tell me you are scared? — Nyx asked mocking them.

— Of course not! It's just fear. You never took us to a place like that, I just felt a chill, you know? A spine cold. — Answered Apáte.

— Also. . . Isn't that what you are, doesn't she hang out with any of us a lot, and you want to take us out to meet someone in a cemetery? It looks like he's going to bury us. — Dolos replied startled.

— Two personifications showing human feelings? You guys are scaring me like that, that's what! — Nyx replied.

The trio walks to the entrance to the large Père-Lachaisem cemetery, which has a beautiful entrance with a gate all ornamented with small angels and large cats. Huge solid iron bars painted in black with a large golden lock, with a sign right next to it with strong and emblematic sayings.

— Yes. Those were the words that Alexandre-Théodore Brongniart wrote. — Nyx replied.

— And who was this Alexandre? - Questioned his daughter.

— The neoclassical architect who had the honor of building this place. I knew him, we were good friends, but living forever has made me good friends, you know? — Nyx replied with regret in the words.

— Not so old, there are beings older than me. — Nyx replied.

— Older than the night? That darkness itself? — Asked Apáte incredulously.

— What would be greater than the darkness of chaos? — Questioned his son. 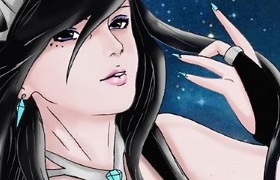 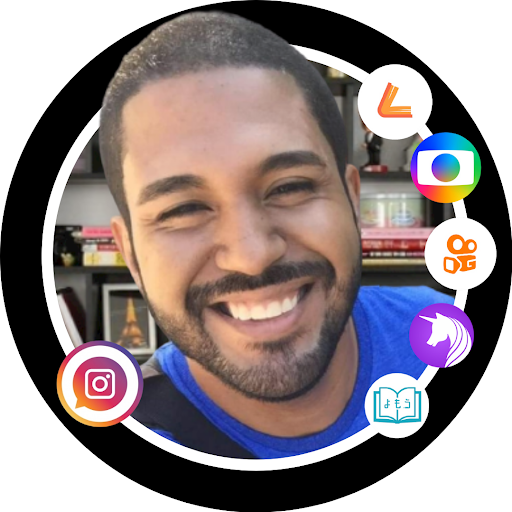 “The period understood as the Low Middle Ages was responsible for the emergence of a very important literary production, the famous and unbelievable French medieval poetry” - Gesture song. 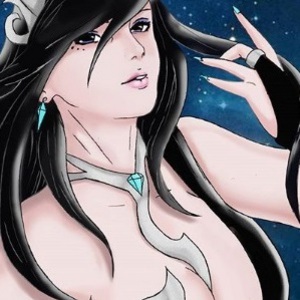 Since the beginning, the belief in higher beings has been fueling human existence, the entity that inhabits the heights, whose word created everything, personified concepts, gave us fire and intelligence, guides men with their laws and wills. And there is nothing we can do about it! It is an adaptation of a simple story of a scenario that involved only truth and lies. But I included all the other characters and raised the relevance that these two characters have in the history of the world.
Subscribe 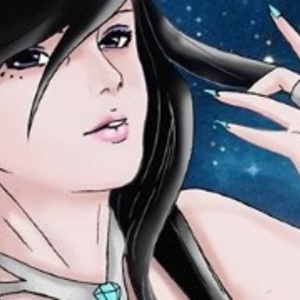