There was an eerie sound coming from the far eastern section of the dark ruins. Skylar found herself in the middle of what was a terrible nightmare. She looks behind her, towards the hallway where the sound is coming from. Slowly, she crept towards the sound. The closer she gets, the more the sounds become clear to her. There was the sound of something gnawing; the sound of a breath slowly gasping.

When she reached the end of the hallway, she took a peek. As her eyes inched the corner of the wall, she saw a ghoul, thrice as large as her. Its hands wore long and sharp claws, dripping with what seemed to be blood. Its head was long, like that of a horse’s but it had eight eyes, four of each on the left and right sides of its face. Its mouth has long and sharp fangs like that of a shark’s, and its body was long and frail, so much so that you can see its bones through its skin. It was greenish in color, like moss. Its feet were large and had long nails. Beneath the ghoul was a man that was halfway dead. His insides were everywhere, but he was still gasping slow breaths.

As Skylar looked on with fear, she notices the man looking directly at her. The man reaches his arms out towards her seeming to ask for rescue. But then the ghoul looks towards her direction as well and jumps on the wall. Skylar starts running. The ghoul runs after her, continuing to creepily stalk her on the walls, alternating to the ceiling. Skylar was running as fast as she can, but her legs give out. She skids to the ground and is left defenseless. The ghoul from the ceiling pounces down to her and pins her down as it shrieks in delight.

The ghoul was face to face with Skylar. It was smelling her all over, like a predator delving into its palate of flavors, preparing to dig in to its pray. It screamed as it let out a large amount of fluid from its mouth, slowly dripping onto Skylar’s chest. As the ghoul was about to devour her, Skylar heard a voice that said, “Do you want this nightmare to end?”

“Are you prepared of the consequences that entail this decision?” The voice said in reply.

“Whatever. Just help me!” Skylar screamed as the ghoul was about to bite her head.

Suddenly, a bright light burst out from above which knocked Skylar and the ghoul back, separating them from their struggle. As Skylar stood up, in front of her was a large levitating scythe that suddenly appeared out of thin air. It was glowing red with accents of gold. Its shaft was that of a dark oak and its blade spanned larger than Skylar’s herself. It wore a very intricately weaved designs all throughout its snath that looked like some words or letters she could not really understand.

“Take the Scythe and harness its power,” the voice commandingly said to her. She reaches out to the Scythe and grabs its shaft. She pulls it towards her and with both hands embraces it. The power of the Scythe slowly courses through her as a black matter devoured her entire body. As the darkness that enveloped her cleared, she was transformed. She wore a black cloak, lined with blue inner accents, underneath, a black collared dress with a blue-ribbon tie and golden plated greaves along with bluish glowing gloves. Her dress had a large glowing green design that seemed like it harnessed some sort of energy.

Skylar opens her eyes, glowing in red. She grins and looks towards the ghoul that has made its way back to its feet. “Now go forth, my Nightmare Reaper,” the voice exclaimed. Skylar dashes through the air, brandishing her scythe. She stops in front of the ghoul, floating and maniacally grins. The ghoul screams out as Skylar twirls her scythe around her and then slashes the ghoul in half. It disappeared into a smoke then faded away. As the ghoul ascended into oblivion, Skylar’s power diminishes making her faint and fall to the ground. “That was a great test, my reaper, we shall see how far you go,” the ominous voice said.

The sun rises and Skylar wakes up to her messy bed and cluttered apartment. She sat up quickly, checking to see if her surroundings are normal. “It felt so real,” she said out loud as she collapses back to bed. “I hate these damn nightmares, I’ve been having them for about a year now,” she says to herself covering her head with a pillow. She looks at her palms, then looks at the clock on the bedside table, “oh crap, I’m late for classes, did the alarm not go off?” She rushes out of bed and goes on her way. 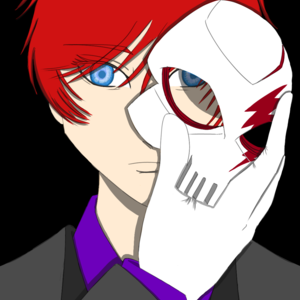 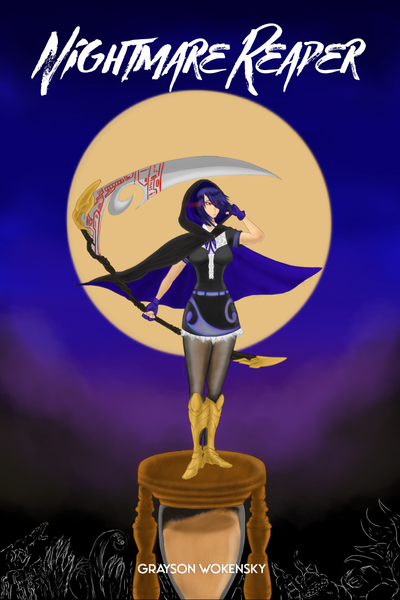 As the horrors of our nightmares haunt us in our sleep, Skylar, a young woman embarks on a quest to stop the evils that wake us through the night.
Subscribe 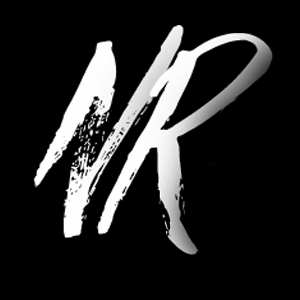