The bus stopped in front of the bus terminal and passengers move in. There are so many different people came in this vehicle, and every one of them have their own story.

There's an old woman carrying her shopped ingredients. An average low profile female student. A delinquent male student frowning in his seat. An exhausted normal company employee, a student doctor, a cute couple, and even a child and a pair of married couple.

Ex-hunter; Bernard Mercado Alvarez. A retired S rank Hunter. Known as Manipulator. The first Hunter who cleared the S grade gate that happened appeared twelve years ago in the Philippines at the Center of the Capitol. When he suddenly left the Hunting Ground, the whole country was left behind with so many questions in their heads for his sudden retirement without exposing his true identity and only leaving a legend. Along with his sudden disappearance. The daughter of the oldest hunter in their country give up her rights to be the next successor for the next heir of the third biggest guild in the country. Her name was Aliana Elizalde. Aliana moved out from their house and married Bernard and live peacefully in Cavite province, not just too far from the capital---Manila.

A genuine yet beautiful smile rosed up from her lips as she caressing her big womb. A warm and big hand held her hand. Bernard kissed his wife's forehead. While they caressing the womb the baby inside kicked.

"Our baby kicked!" She exclaimed in happiness and hold her husband's hand and put it in her big belly.

"Do you feel it? he just kicked," She chuckled and became emotional.

"Yes..." He said between his smiles and caress it carefully. He bend a little and pressed his ear to his wife's belly.

"Hello...my son," He softly whispered. "This is your papa...and this beautiful woman beside me is your mama,"

"I can't wait to see you...please hurry up and get out of there, Son. So we can play, and so me and your mama can make your baby sister."

Aliana cannot hold her laugh and pat Bernard's head. They continued talking and laughing to their next plans after their first born.

A sudden big impact from the bus made them shaken when it breaks, trying hard to stop the bus from moving.

The shock changed the atmosphere and fear filled up the whole corner of the bus. Fear that they will end up as a cold corpse.

When the bus finally stopped the bus driver couldn't move from his seats.

His eyes were looking something in front of him. His foot became numb from stepping the break, preventing the bus to fall from the edge of the high road. Terrifiend on what he's looking at.

"Oi! Could you drive a little more fucking careful----shit!" The delinquent student couldn't finish his words and stepped backwards when he saw what was waiting for them just below of the road. The passengers who just recovered from the shock didn't even have a chance to breathe a fresh air to sigh and now a new fear filled their bodies. Foreseeing their cruel end.

The fear spread like a wild fire in just a blink.

"W-what happened?" Aliana couldn't see anything because Bernard was hugging her tight. She's curious on what's happening and why the place were so quiet so sudden.

She raised her hand and forcefully moved her husbands hand holding her head. When she looked up she saw a terrified look in her husband. It is the first time she saw that face from years that they are together even Bernard was still a Hunter.

"A-ahh!" The female student scremed very loud that made everyone came back to their senses.

Aliana couldn't stay still to her seat without knowing what's happening. She stood up and to her horror a very big dark red gate was waiting for them just in front of them. From a far, a big red eye appeared from the gate and it look directly to their direction. The chills moved like a running water in her body. Mounth are closed and her breathing is heavy. It is truly horrifying to see.

"H-help!" The fear arises and anxiety began. Voices cannot come out to their mouth and throats are dry.

Aliana who was standing, eyes were widened when the big red eyes turn it's gaze to her. Her body couldn't move, her legs are numb and only her fast heart beats she can hear. It was like she was turned deaf in an instant glance of the eyes.

"B-bernard..." She whispered in fear.

A warm hand held Aliana's hand and made her seat. Bernard put his jacket to her trembling body and kissed her forehead.

"Calm down..." He whispered and embrace her.

Despite to his fear knowing that the Gate in front of them are too far within his level. He know that the gate just appeared is in a different level. It's a gate that even the US Guild Hunting Association couldn't cleared it and caused deaths of hundreds of Hunters within between S and SS rankings.

Calm down bernard. In this situation you are the only hunter in this bus and on top of that my wife and our child in her womb is also here. He looked around and gritted his teeth after seeing the powerless people.

"Every One Calm down!" Bernard shouted to get everyone's attention.

"In this situation, panicking isn't the right choice! Or otherwise you will be dead."

The student frowned his forehead and clicked his tounge. Annoyed without a reason.

"If you want to live a long life follow my instructions."

"And who are you to make us follow you? Are you a Hunter? " Question from the office worker guy. The look from his face were too visible to everyone. It is the look of being arrogant and depressed. The dark circles under his eyes seems mocking the other people. The curve of his brows are so high yet so thin that makes him look like a terror professor.

Bernard couldn't answer back immediately. Seems the words stucked in his throat. Can't utter a word to identify his self.

"Heh." An irritating smile flashed on the man's lips. "So you're just a nobody. But you dare give us orders?!" His Stupid phrase made other people ask the same question.

"So what?" The Male student interffered. A sharp and dangerous glance landed on the man who just spoke stupidly.

"Do you have a suggestion that can make us live? " It made him shut his mouth when he can't response.

"The most important right now is survival, so shut your dirty mouth." The student turned his back and looked at Bernard.

He calmed his self and start talking.

"As i do." He answered and his head moved fast to think solutions.

Being a Hunter for decades, the strategies and plans was quickly formed in his mind.

"We need to move the bus so we won't go down straight to that gate. Stop moving or the the balance of this bus will fall." The passengers calmed down a bit. Even their minds are in shock the will of wanting to stay alive made them attentive.

"Then what to do now?" The Guy student asked him and waiting for his orders.

"First, move to the back of the bus so our weight will be transferred there."

As what Bernard instructed, the passengers quickly moved at the back with care. Afraid that even a single mistake of their step can be their end.

"Then next is we need the driver to move the bus backwards as i'm pushing the bus outside."

"Are you sure that this plan will make us alive?! And what are you saying pushing the bus? I won't going outside!"

"Yes. It'll make us all alive if everyone cooperates." Bernard."And i[m not asking you to go outside to help me."

"Tsk! How can you make it sure? Why we do this ridiculous idea when we can just jump off out of this bus!" Half of the passenger was convinced to his reasons.

Bernard's eye twitched. "This idiot." The sides of his brain couldn't help but to curse.

"We cannot just jump off out from here. The balance isn't too safe and sure before everyone can get off we'll be inside of that legendary gate. our chance of our survival is 2% out of 100. but if we continue this plan, our survival rate is 30% out of 100%"

"Who cares about that damn 30%?! I'm sure if i'll jump out of here i'll live 100% chance than all of you! I'm out of here!" The man stood up and harshly opened the window, Ready to set off from the bus. When a loud noise from the front seat near the driver's seat catch the attention of everyone.

"Dead...dead..." He continued emphasizing the word dead as he tremble in fear.

The sight of the dead driver bring's back the memories of his childhood when his Sister was murdered until her face couldn't recognized anymore.

Turmoil began between the passengers and started to move around because of the panic attack.

"Heh. Pathetic. If you want to live then follow me!" The man who's already at the window didn't even give a damn about the dead driver and encourage the others to follow him jump out of the bus.

But before he even stepped his foot on the ground a truck hit him mercilessly and was killed on the spot. Blood splattered all around and that truck was heading straight inside of the gate. Because of the man who jumped off out of the bus, the bus was now unbalance because many of the passengers jump off who followed the man and the only passengers left on the bus was just only twelve people.

Damn! Bernard was on an adrenaline rush and jumped off the bus and quickly ran in front of the bus and pushed it all of his strength. The veins in his arms are visible 'til to his neck and his forehead.

"AHHRRRGGHHHH!!!"He screamed as he pushes the bus with his body.

While he was pushing the bus, the male student jumped off and rushed to help him pushing the bus backwards. But a powerful force from the gate was pulling them inside.

"W-what's happening?!" The guy student screams all his might, trying to push off the bus.

"Shit! It's an Air-eater!" Bernard shouts and put all his strength into his legs and arms.

"AHH! FUCKING MOVE BACK!!!" The student with his tears shedding, remembering his mother was left all alone in their house with it's frail and weak body waiting for him outside the house in the middle of the night.

As they were getting sucked inside of the gate their surroundings was also getting sucked by the Air-eater monster inside this horrifying gate. Even the people who jump off the bus earlier was getting sucked and begging for mercy. 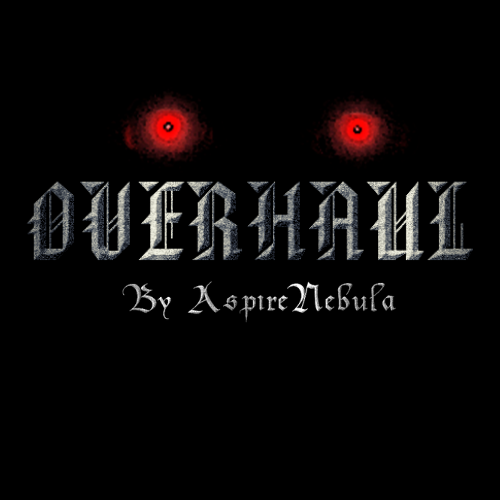 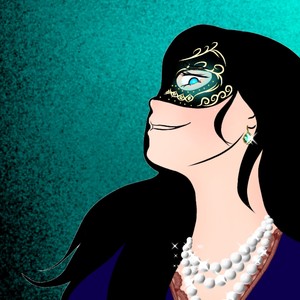 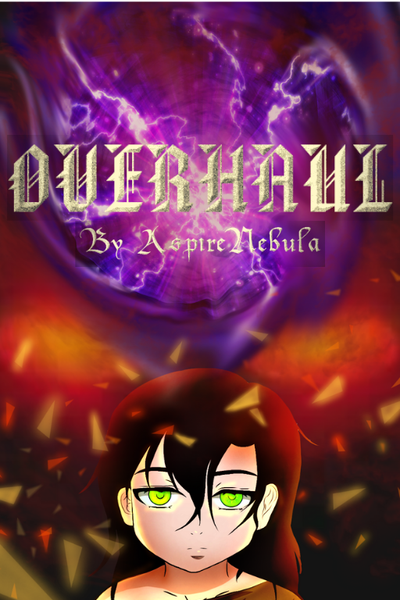 A child was born inside of the Gate and raised with the monsters. Let's start the adventure!
Subscribe 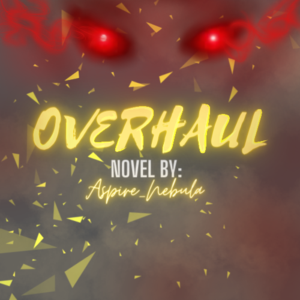